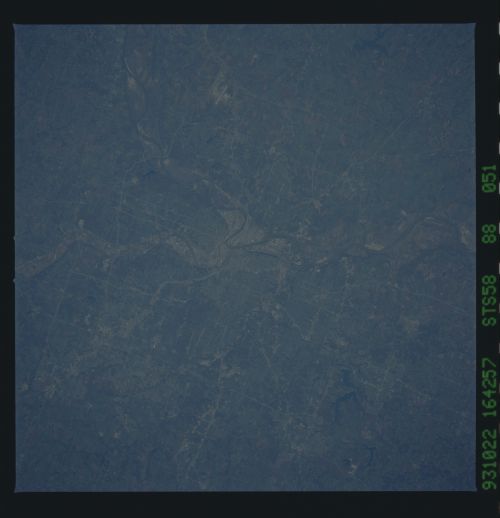 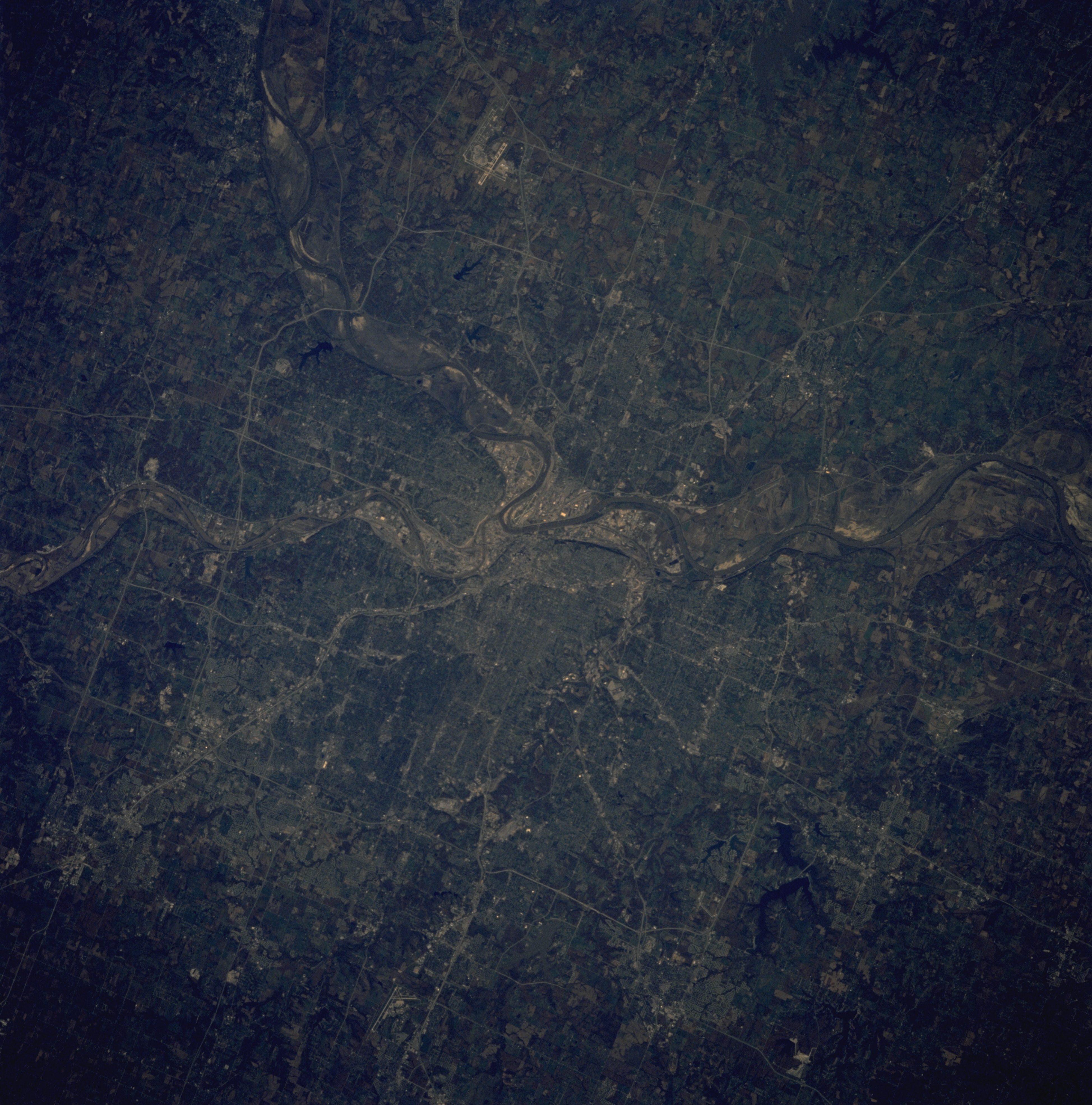 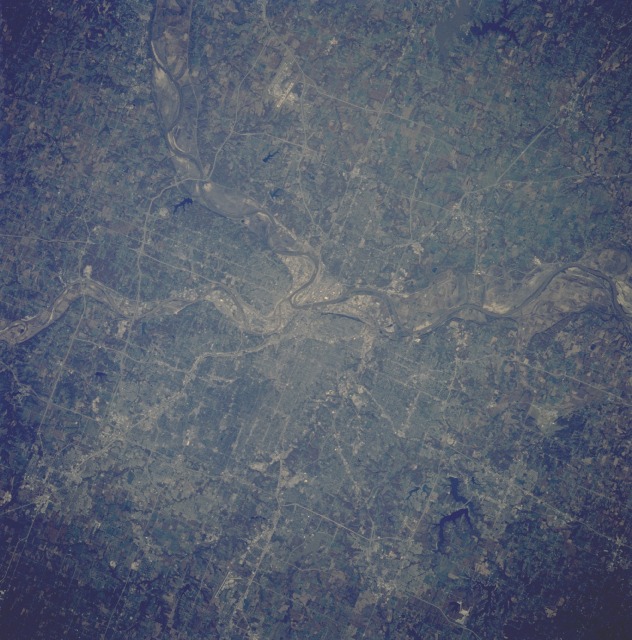 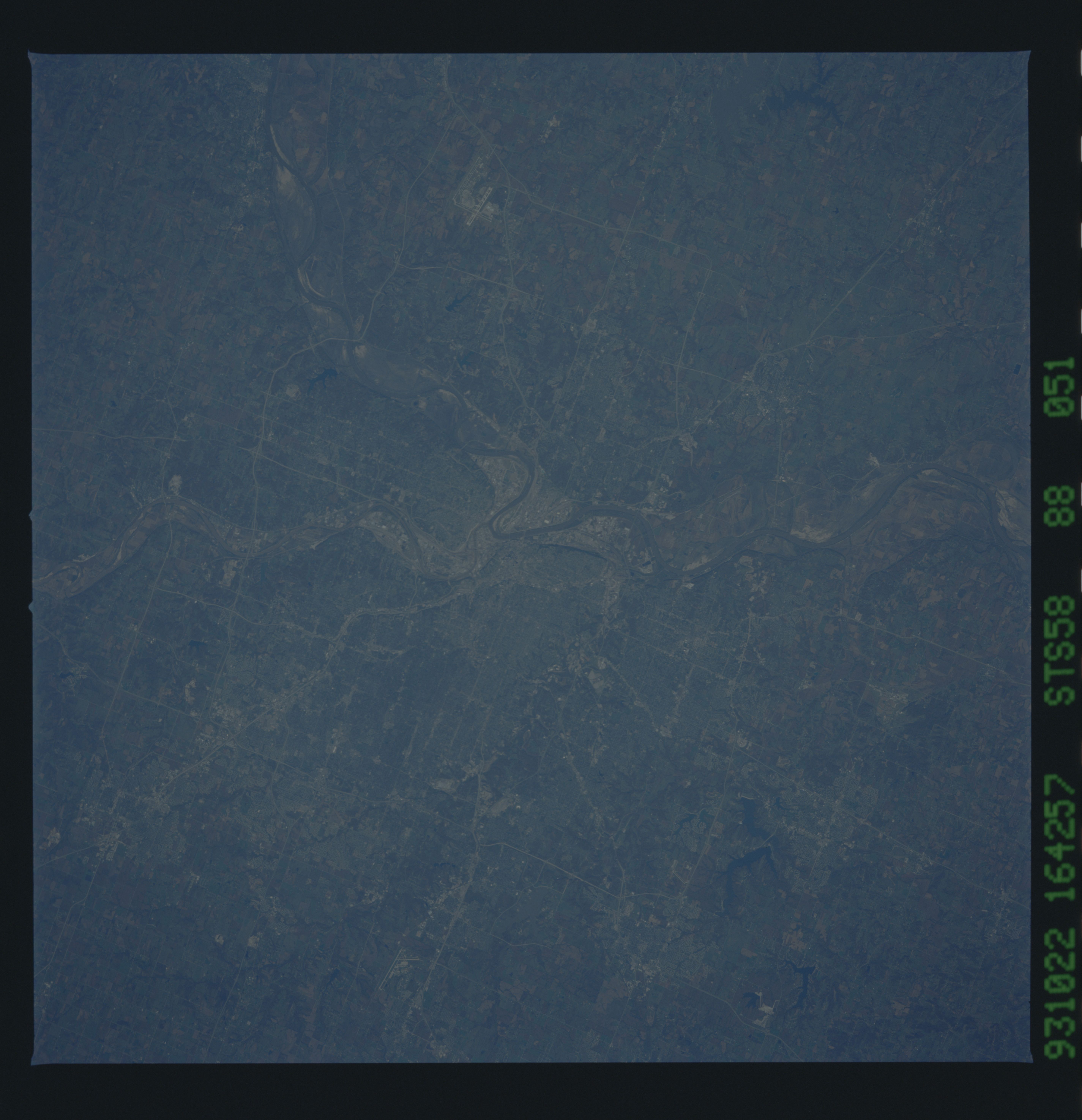 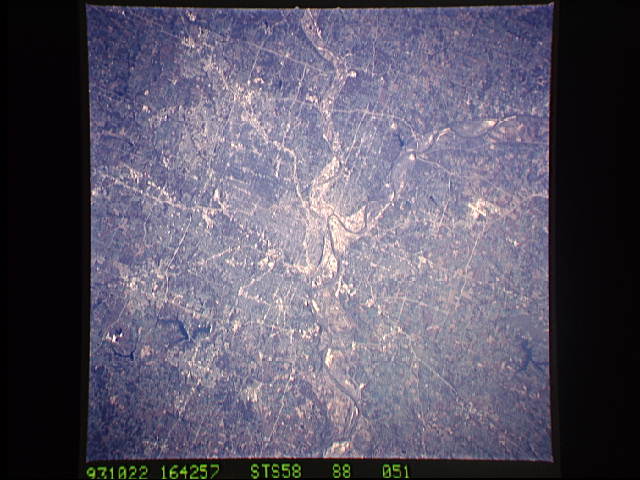 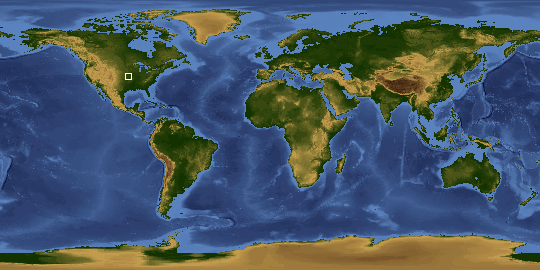 Other options available:
Download Packaged File
Download a Google Earth KML for this Image
View photo footprint information
Image Caption: STS058-088-051 Kansas City, Kansas and Missouri, U.S.A. October 1993
Metropolitan Kansas City, with a population of more than 750 000, is the dominant feature in this near-vertical photograph. The central city is located near the junction of the Kansas and Missouri Rivers (conspicuous near the center of the photograph). The Kansas City area is one of the largest commercial, industrial, and cultural centers in the midwestern United States. The region is a huge marketplace for wheat, hay, seed, and poultry. Other commercial and industrial businesses include large stockyards, packing houses, grain elevators, food-processing establishments, oil refineries, chemical plants, steel mills, soap and farm machine factories, automobile assembly plants, railroad shops, aerospace equipment, and computers. The effects of the summer flood of 1993 in the midwest are visible in the floodplains of both the Kansas and Missouri Rivers--most obvious in the photograph of the Missouri River floodplain northwest of the city and portions of the Kansas River floodplain west of the city. Silt, sand, mud, and other debris cover areas that were agricultural fields growing grains and other crops before the flood. Discernible manmade features are the major runway of the Richards-Gebaur Air Force Base south of the city; the major runways of the Kansas City International Airport north-northwest of the city; and numerous highway systems traversing the Kansas City region. During the 1800s, Kansas City was a starting place for many westward expeditions.