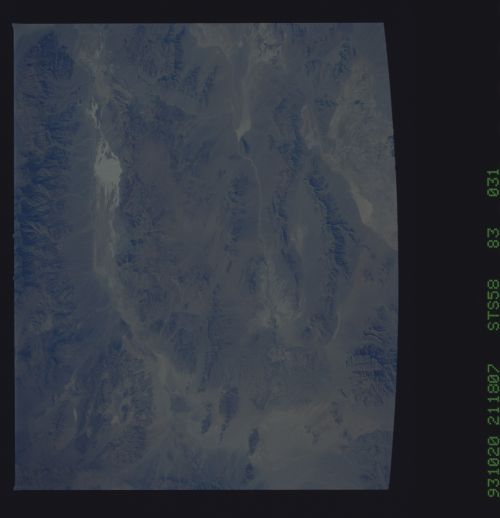 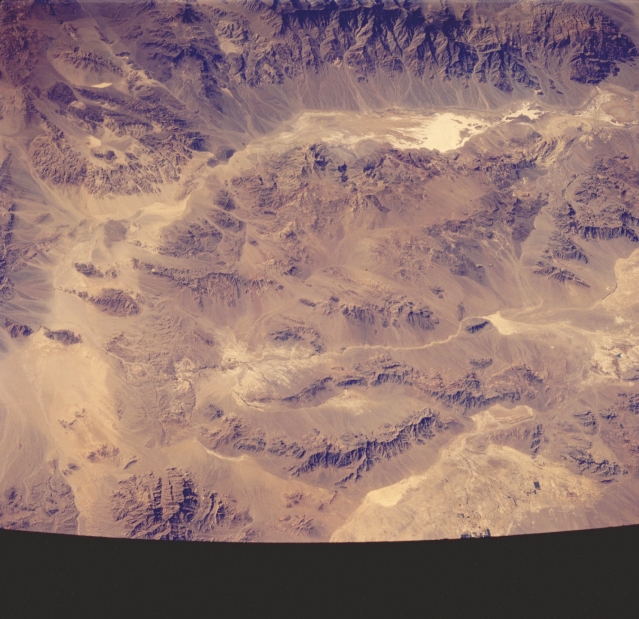 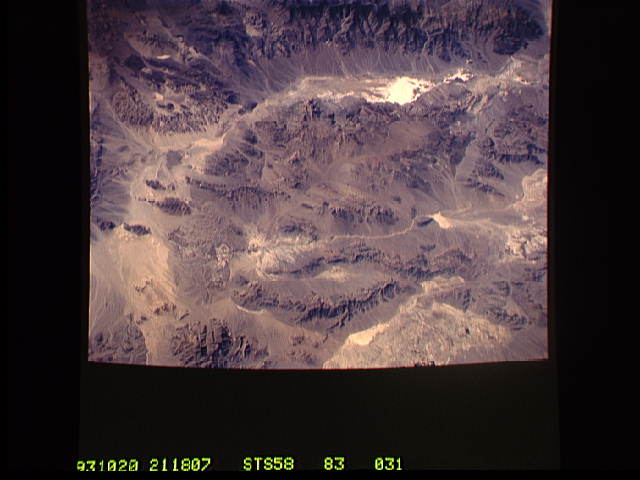 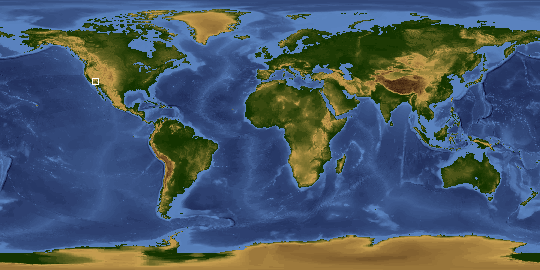 Other options available:
Download Packaged File
Download a Google Earth KML for this Image
View photo footprint information
Image Caption: STS058-083-031 Death Valley, California, U.S.A. October 1993
Death Valley, the lowest land elevation in the United States at 282 feet (86 meters) below sea level, is the elongated graben near the bottom of the picture. The actual location of the lowest spot is the highly reflective, white area in the northern end of the playa. The eastern slopes of the Panamint Range flank the western side of the valley. To the east, the Amargosa River and its valley are aligned in a north-south orientation. Extensive talus cones are apparent as subtle color changes surrounding the base of hills and mountains.