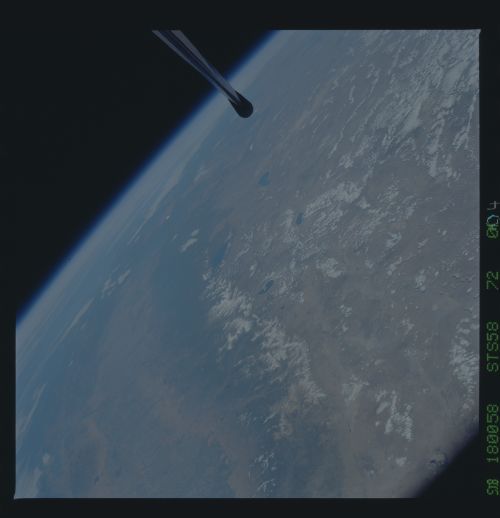 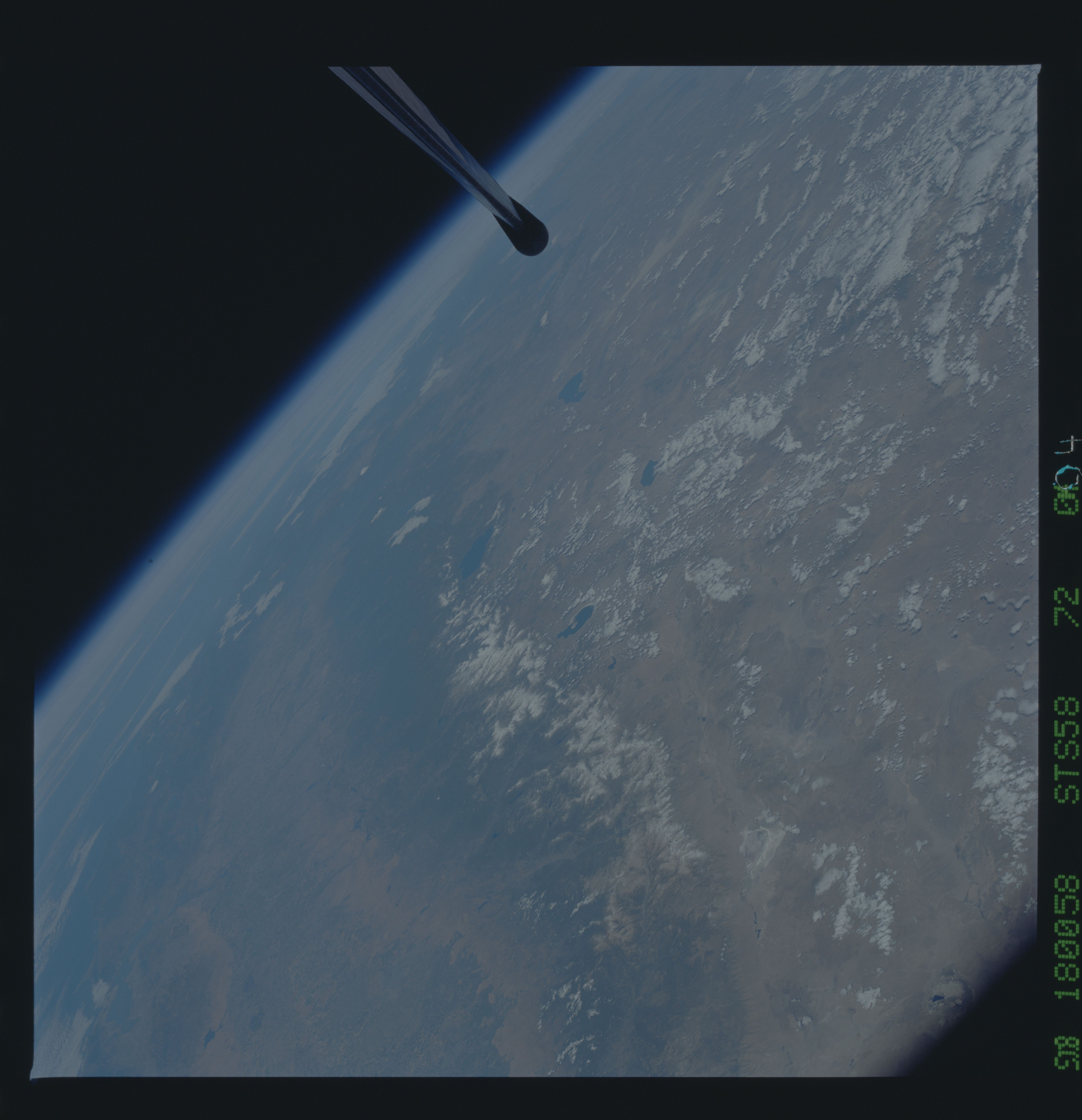 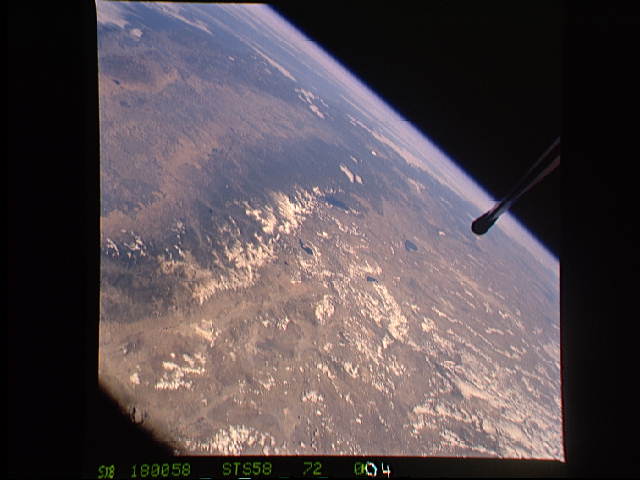 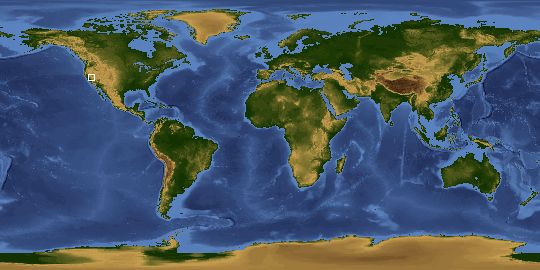 Other options available:
Download Packaged File
Download a Google Earth KML for this Image
View photo footprint information
Image Caption: The Sierra Nevada Mountain Range can be seen in this north-looking high oblique view taken in October, 1993, by the STS-58 crew. Visible in the view to the west of the Sierra Nevada are the San Joaquin and Sacramento Valleys of central California. The San Francisco/Oakland Bay Area can be seen to the west of the valley at the extreme left of the photograph. To the east or right of the Sierra Nevada, the basin and Range Region of central and northern Nevada is visible. Mono Lake, Lake Tahoe and Pyramid lake are also visible in this scene. The long northwest/southeast trending Walker Lane Shear Zone, which lies just to the east (right) of the Sierra Nevada is also visible. Near the top of the view (near the horizon), the snow covered volcanic peak Mount Shasta can be seen.