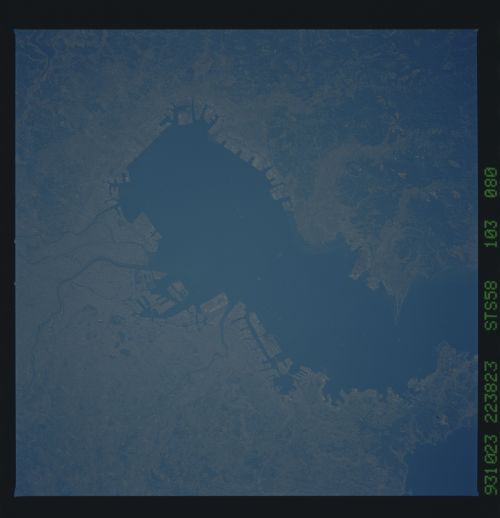 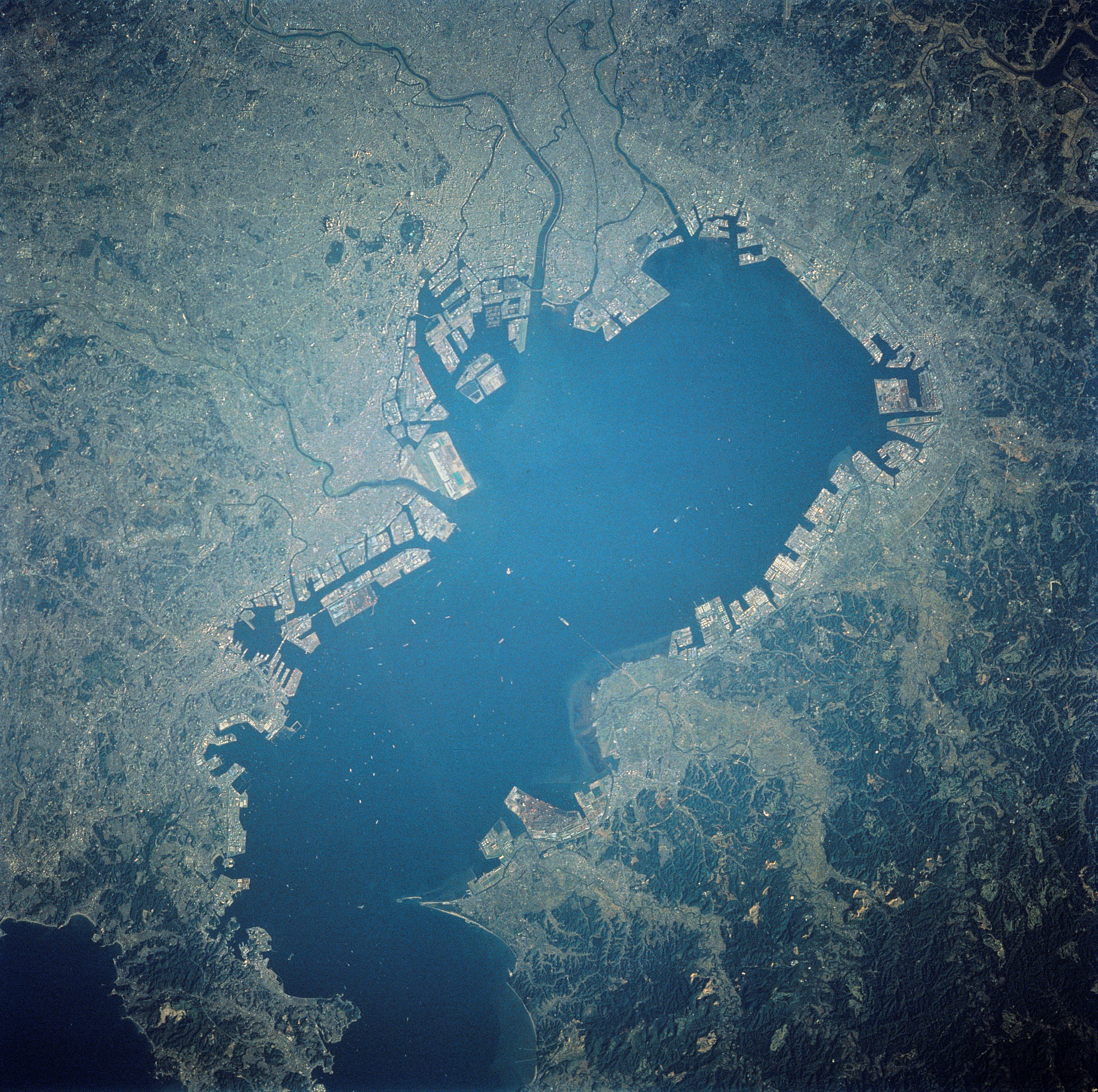 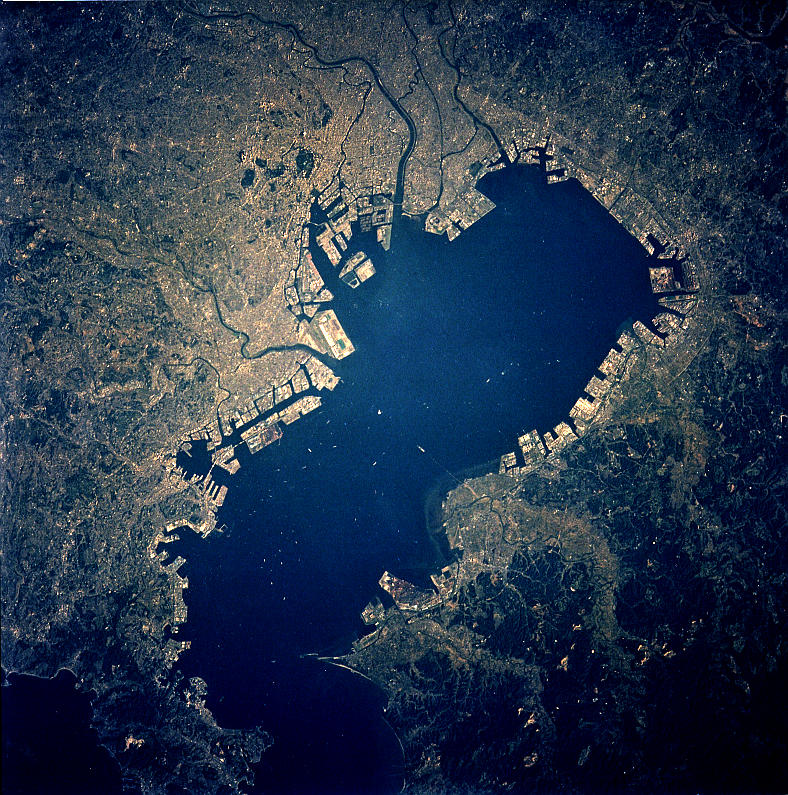 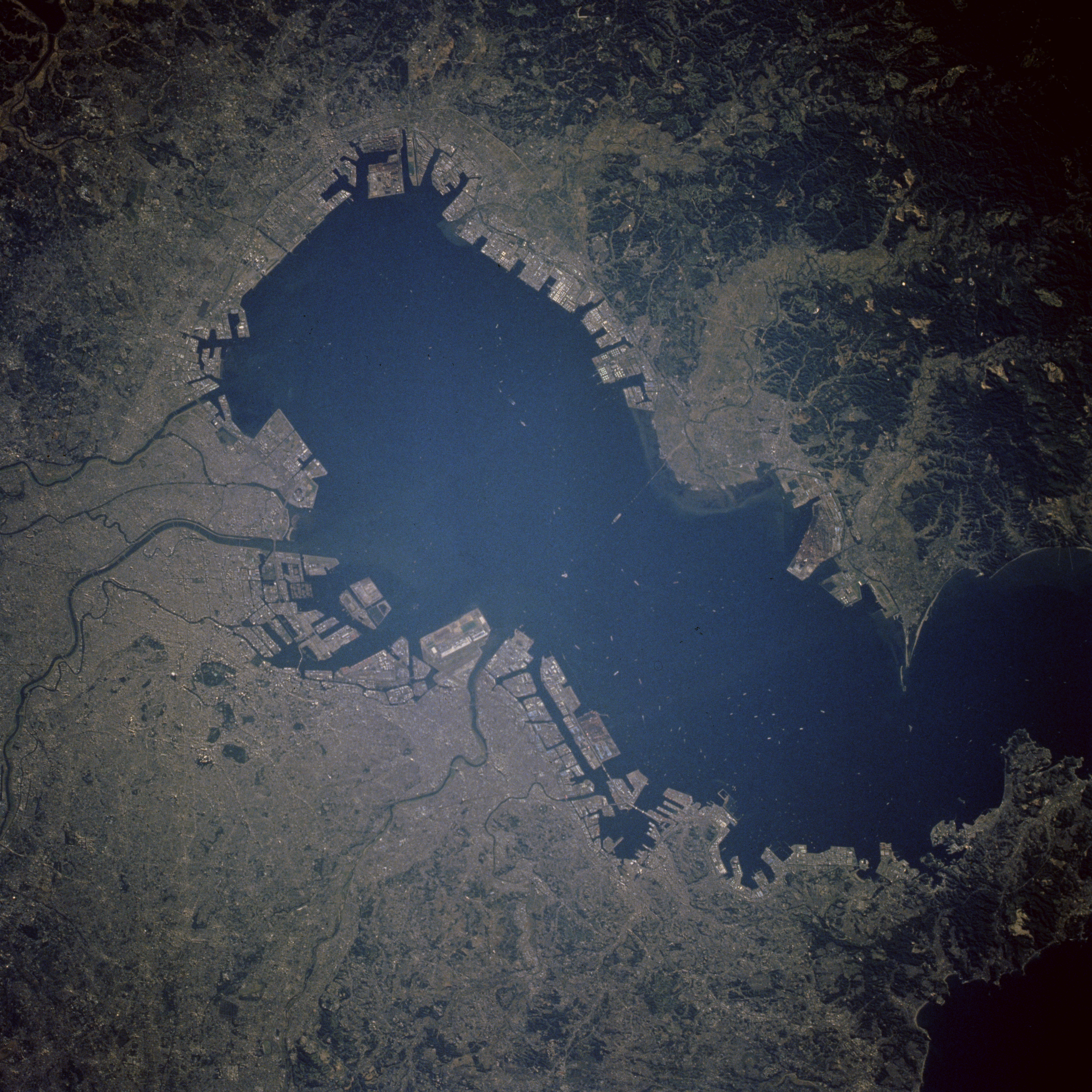 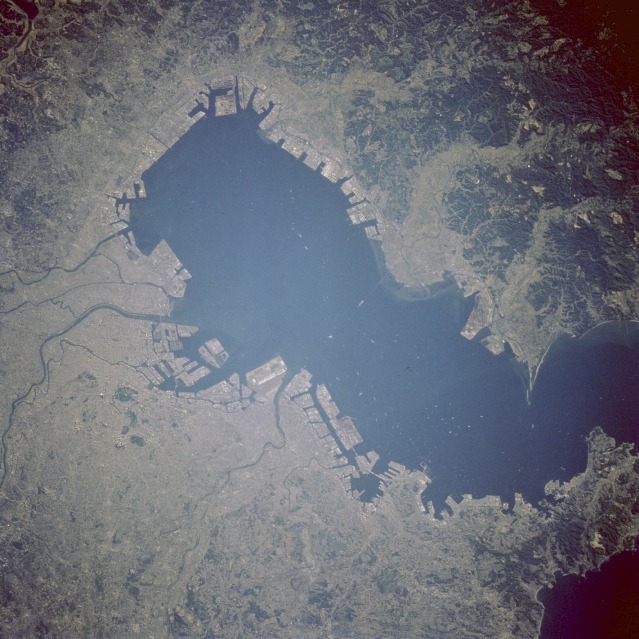 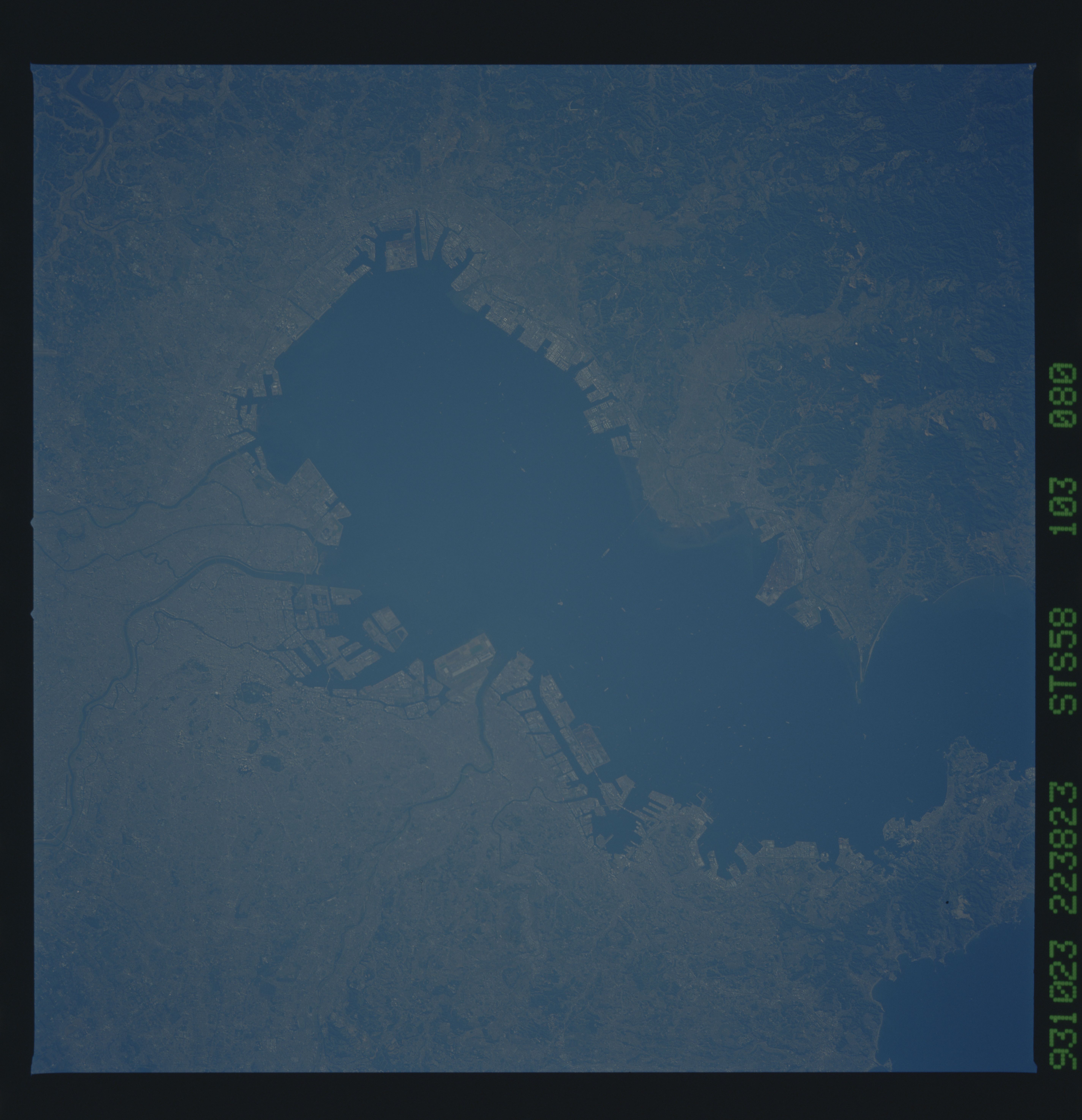 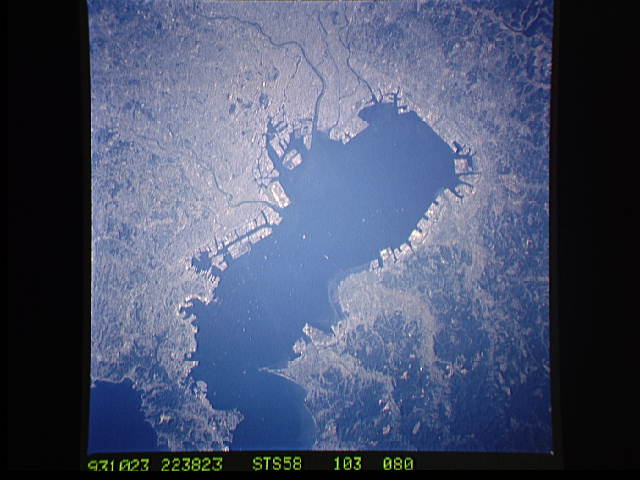 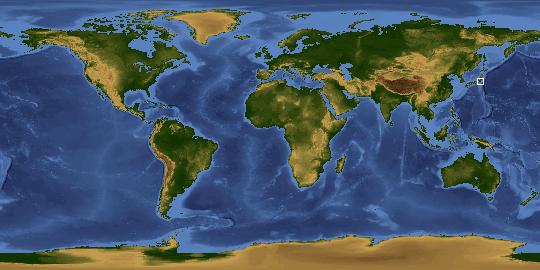 Other options available:
Download Packaged File
Download a Google Earth KML for this Image
View photo footprint information
Image Caption: STS058-103-80 Tokyo, Japan October 1993
The Tokyo-Yokohama-Kawasaki urban area is the world's largest metropolis. The area's combined 1990 population exceeded 26 million. The docking facilities around the periphery of Tokyo Bay reflect the country's emphasis on international trade. Although volcanism, earthquakes, and plate tectonics modify the physiography of Japan, no volcanoes are visible in this photograph. The Tokyo region has a dynamic environmental history because of its proximity to the intersection of three major, active tectonic plates (Eurasian, Pacific, and Philippine) that collide southwest of Tokyo Bay. Much of the industrial infrastructure around Tokyo Bay has been built on landfill materials, from which artificial islands are sometimes created. Because landfill materials can liquefy during earthquakes, there is concern that a major earthquake could generate tremendous destruction in this densely populated area. In spite of strict building regulations that have been imposed during recent decades, a major earthquake could have a calamitous impact on this area and all of Japan.

Japan's modern megalopolis is seen in this nadir view in great detail. More than 80 vessels can be seen at the anchorage's in Tokyo Bay. The gardens of the Emperor's Palace are seen in this circular area in the upper left quadrant.

Shuttle photography is a good tool to document major changes of coastal features over time. This slide of Tokyo Bay shows an example of land use of coastal areas. Tokyo bay has undergone reclamation. In this case reclamation means building landfills out into the bay rather than recovering land that once existed. Its infill rate is 10 km2 / year
between 1960 and 1980; the bay has reduced in size by 20 % during that time.