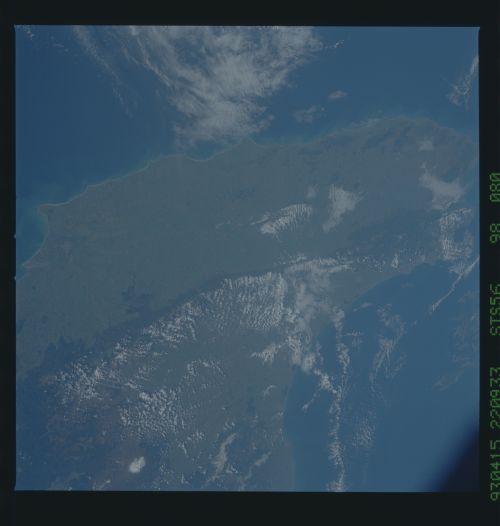 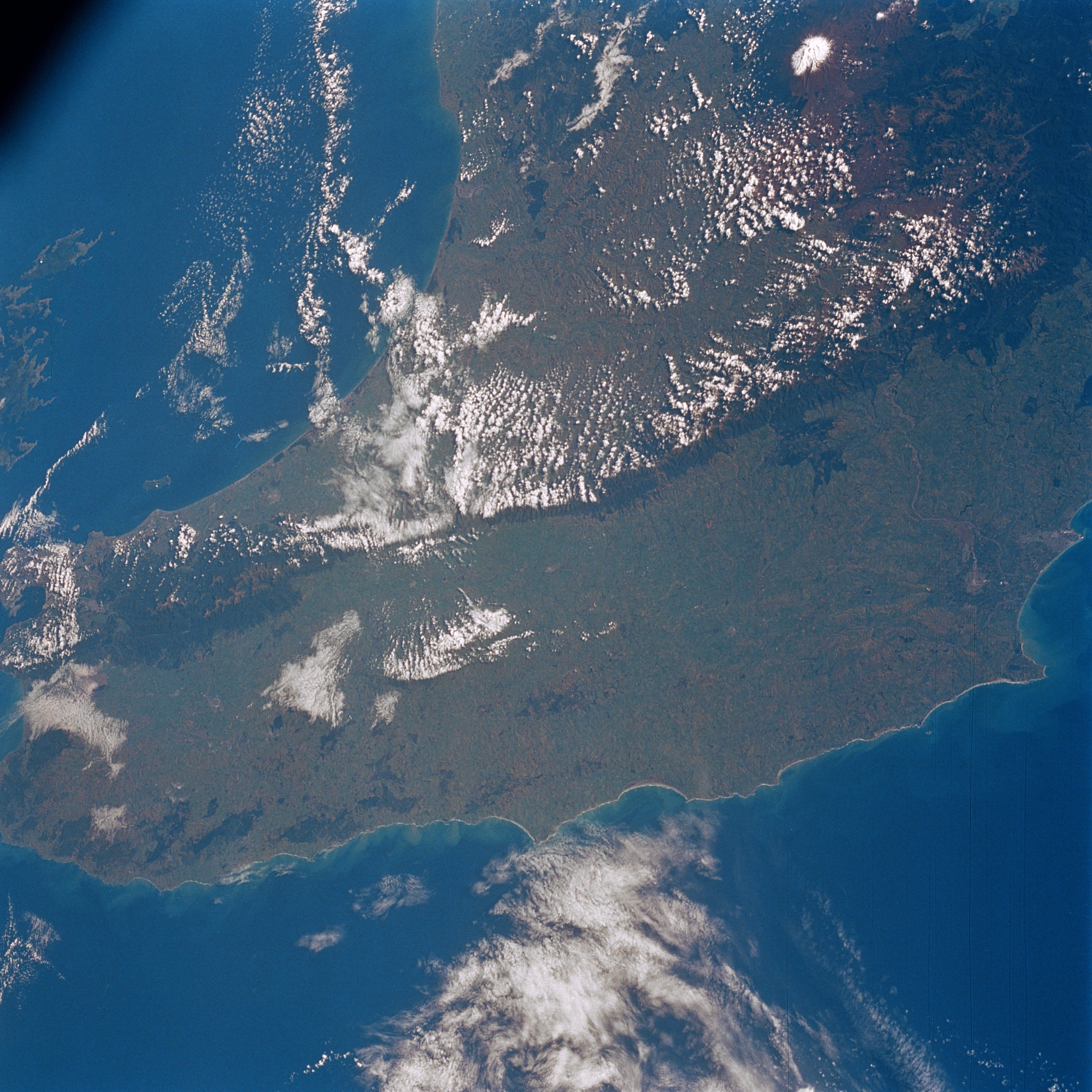 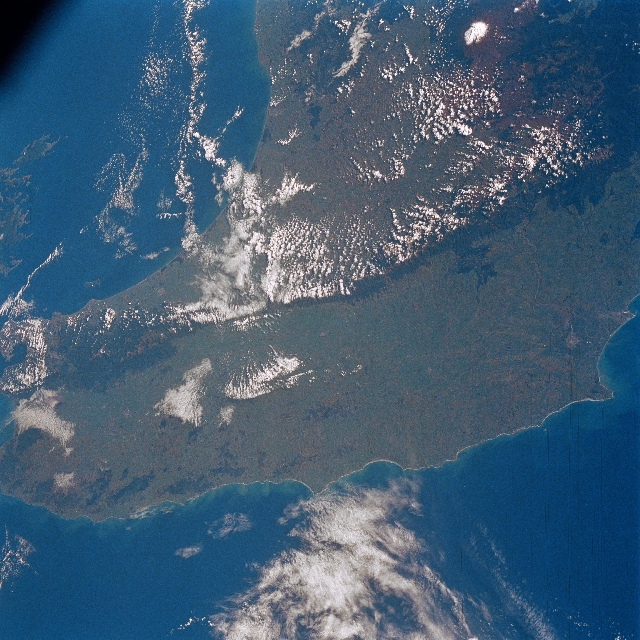 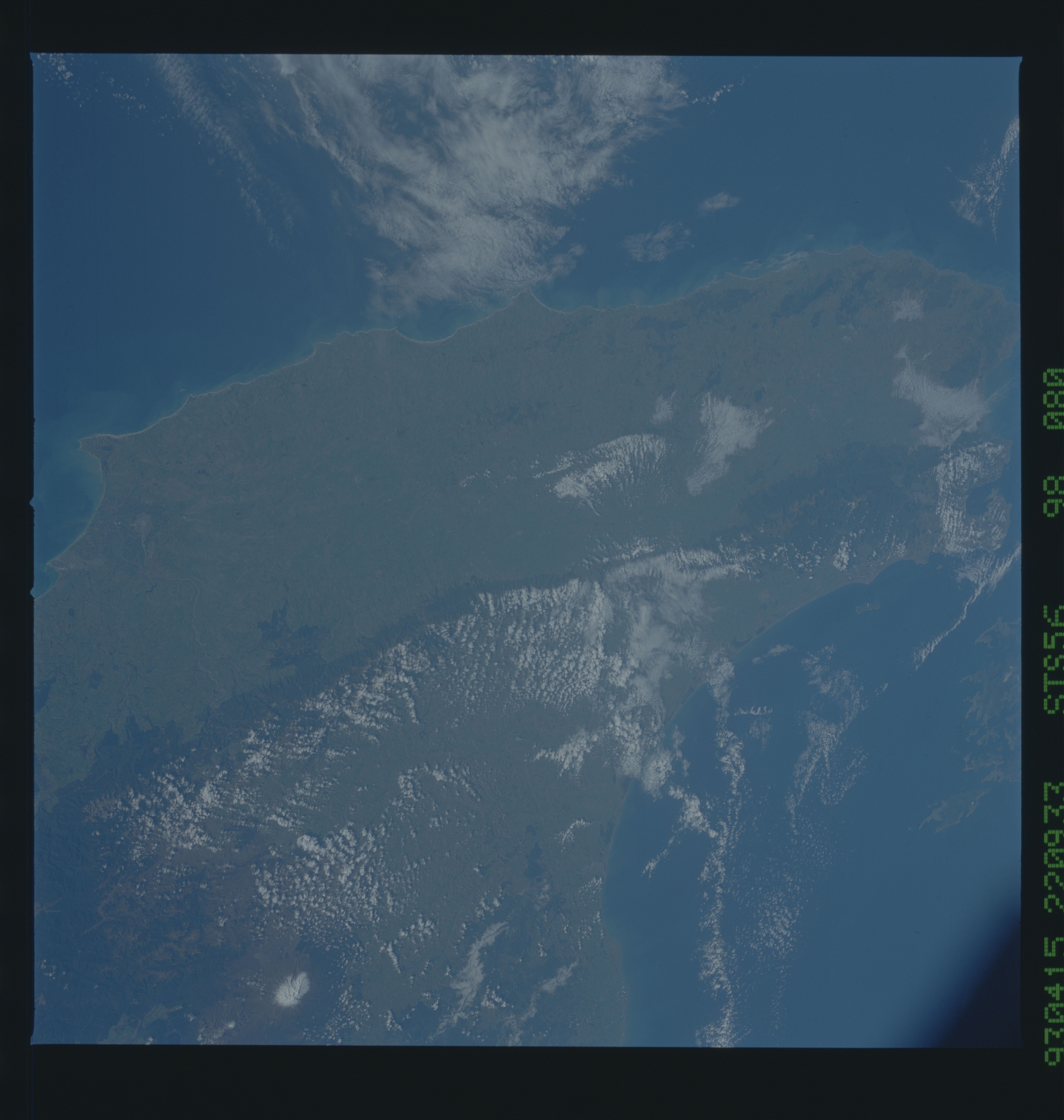 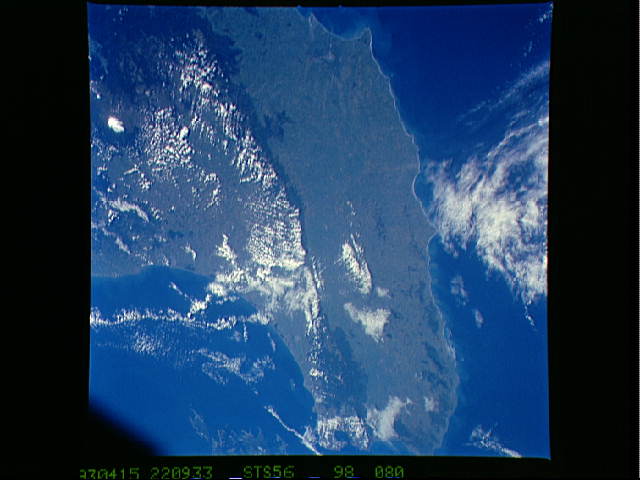 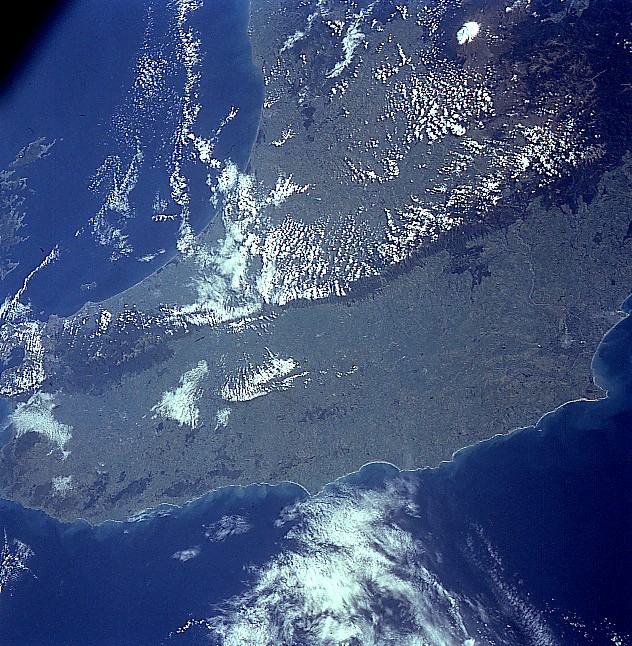 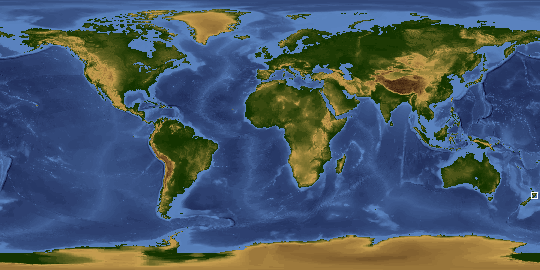 Other options available:
Download Packaged File
Download a Google Earth KML for this Image
View photo footprint information
Download a GeoTIFF for this photo
Image Caption: STS056-098-080 Southern North Island, New Zealand April 1993
The southern portion of North Island is visible in this northwest-looking view. The broad grassland and pasture landscape, famous for cattle-raising and dairy products, covers most of the bottom half of the image. The blue-colored waters of the Pacific Ocean are prominent in the lower quarter of the view. The forest-covered Tararua, Ruahine, and Wakarara Ranges are visible from just below the left center to the upper right of the image. These ranges separate the coastal plains bordering the Pacific Ocean to the east, from the narrower coastal plains bordering the Tasman Sea to the west. The snow-covered peak in the upper right portion of the image is the stratovolcano Ruapehu, which means "explosion pit". The volcano is 9175 feet (2798 meters) high and has erupted over 50 times since 1861, the last in January 1999. Tremors and steam plumes continue today. The volcano has a crater that is filled with an acidic warm water lake. Near the right center of the image located on the shores of Hawke Bay is the city of Napier, a major wool exporting port.