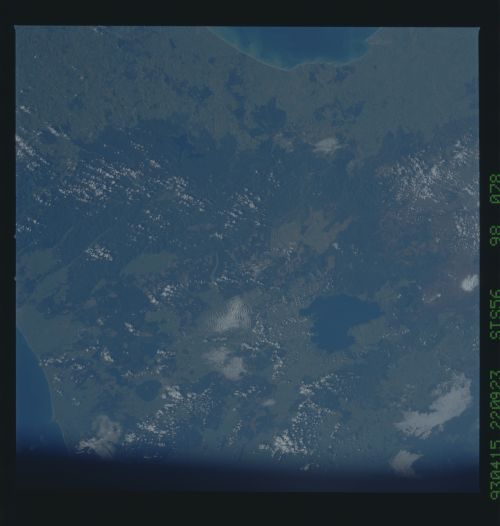 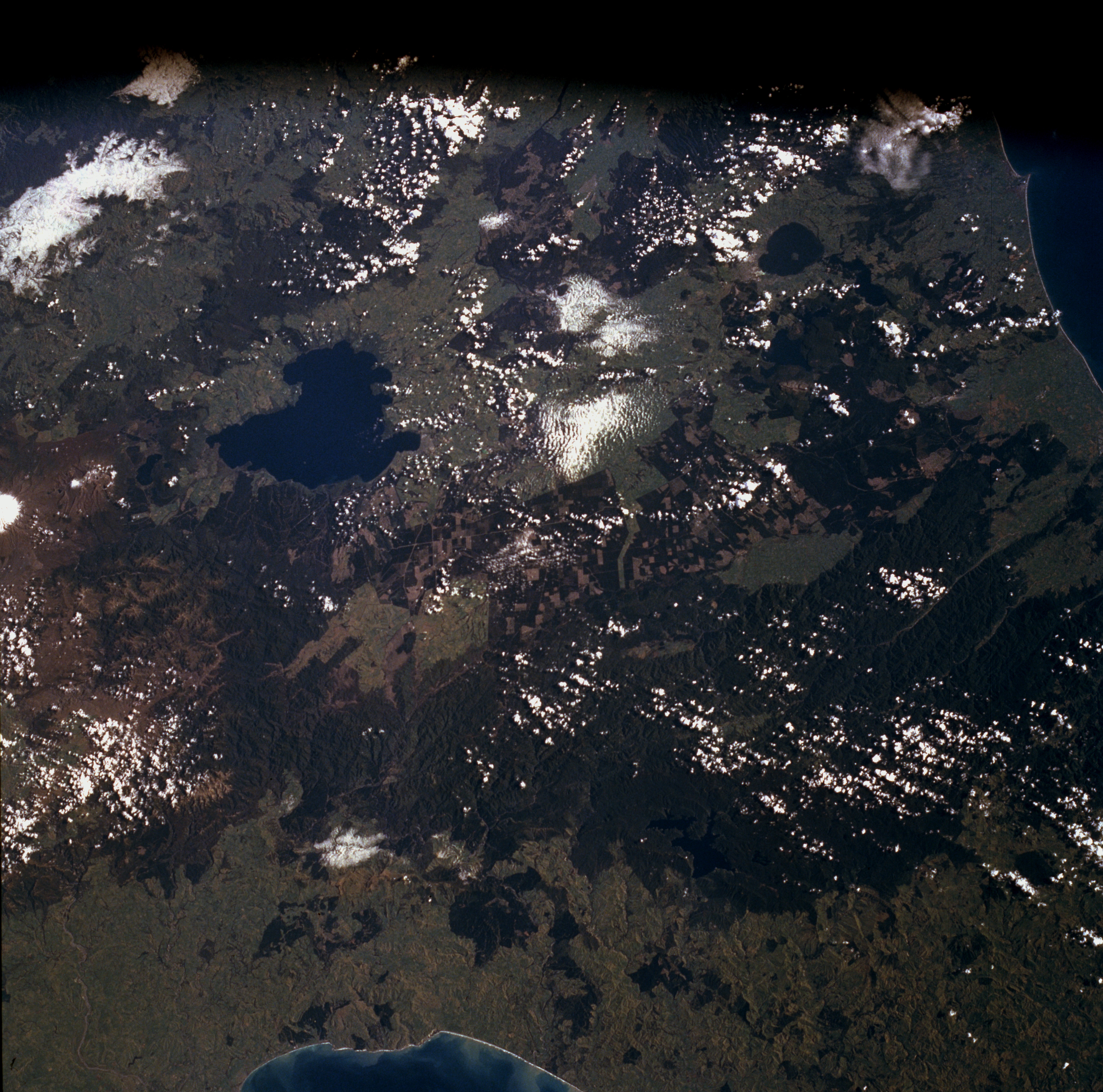 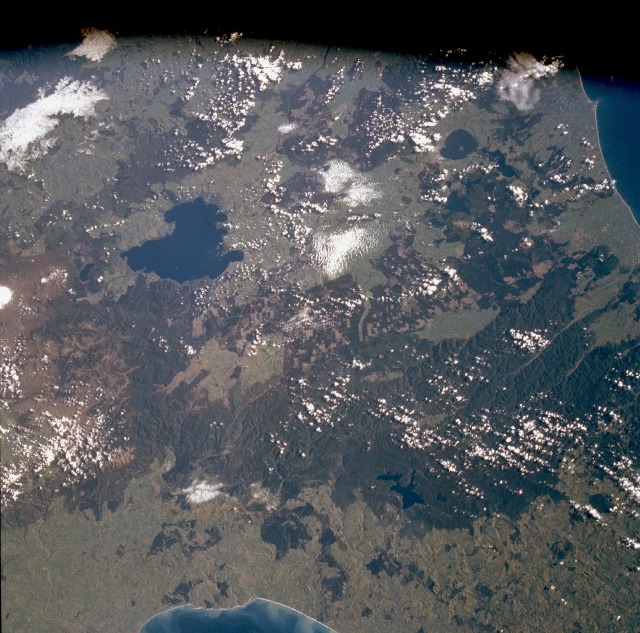 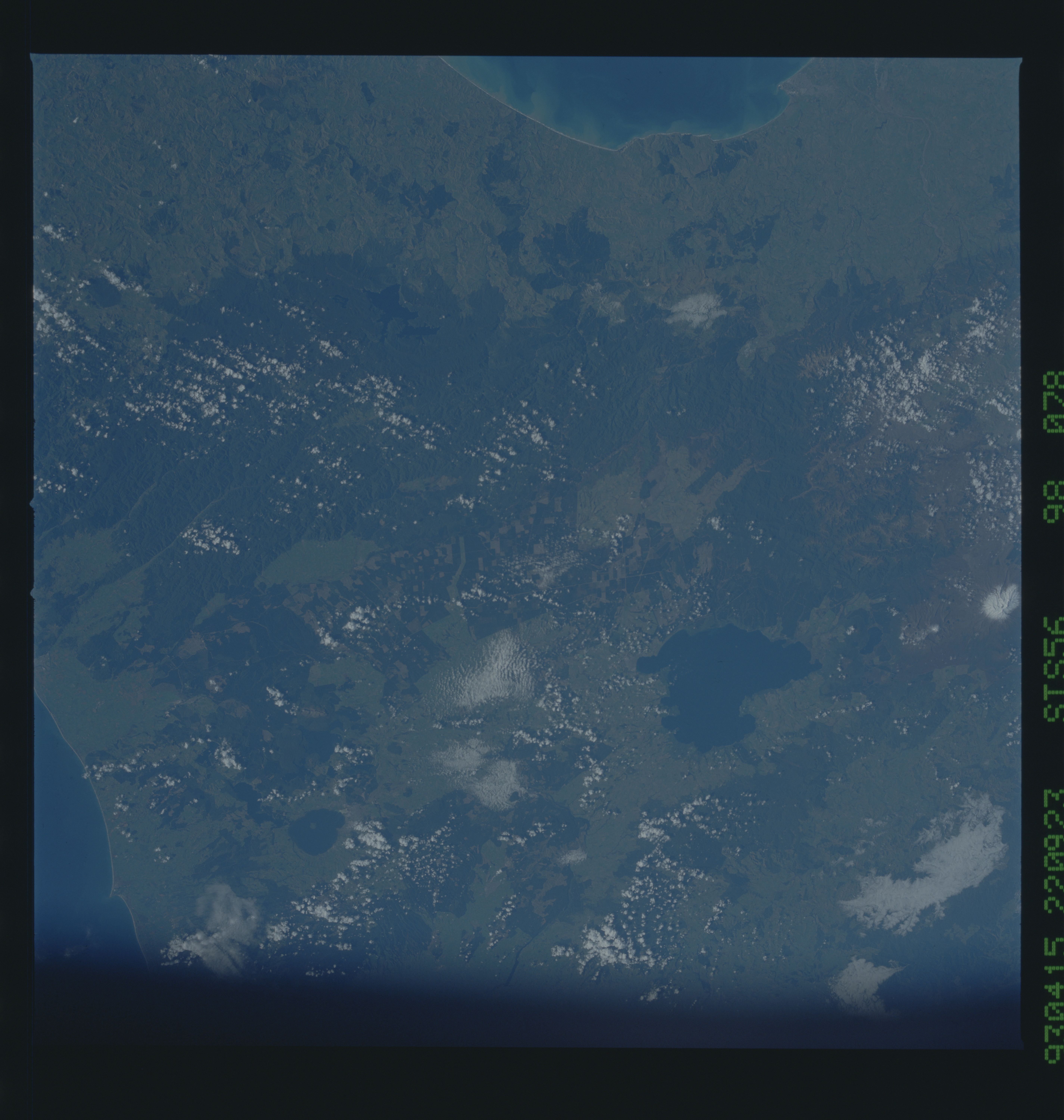 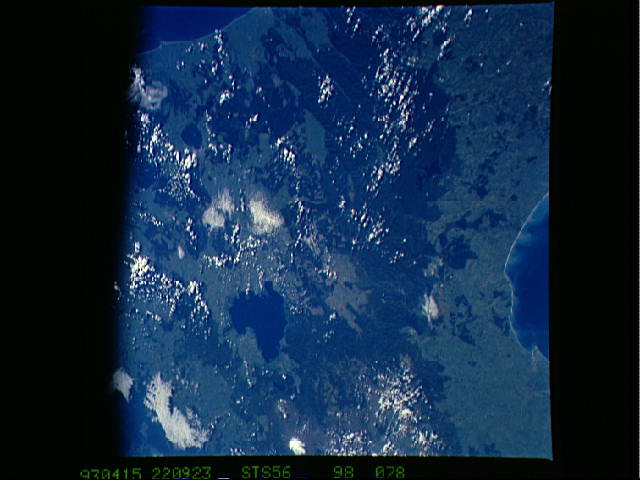 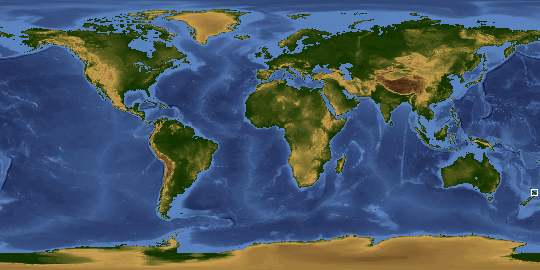 Other options available:
Download Packaged File
Download a Google Earth KML for this Image
View photo footprint information
Download a GeoTIFF for this photo
Image Caption: STS056-098-078 Lake Taupo Area, New Zealand April 1993
Lake Taupo, the largest lake in New Zealand, is captured in this low-oblique, northwest-looking photograph. The lake, 25 miles (40 kilometers) long and covering 234 square miles (606 square kilometers), is similar to Yellowstone Lake in northwestern Wyoming in that it sits in the middle of a hot springs region, which extends from the lake northward to near Lake Rotorua. With an abundance of rainbow trout, numerous geysers, hot springs, and other geothermal phenomena, the region is a famous resort area in New Zealand. Visible south of Lake Taupo are two of New Zealand's four active volcanoes, Mount Ngauruhoe and the larger Mount Ruapehu, two stratovolcanoes that have a history of recent eruptions. Mount Ngauruhoe, with a near-perfect cone, has erupted more than 50 times since 1839, the last eruption occurring in July 1977. Snowcapped Mount Ruapehu has a large hot-crater lake, where more than 30 eruptions have occurred since 1861. Mud flows from the erupting volcano and crater lake occasionally flood adjacent valleys causing property damage and loss of life, as happened in 1953. In June 1996, Mount Ruapehu erupted, and many communities around the volcano were evacuated; minor eruptions continue. The volcanoes, like many of the volcanic mountains in the Cascade Range of the U.S. Pacific Northwest, are tourist attractions with many ski resorts. East of Lake Taupo, the world's largest expanse of timber plantations appears as agricultural field patterns in the photograph. Several species of Northern Hemisphere conifers have been introduced, but Monterey pine trees cover the largest acreage.