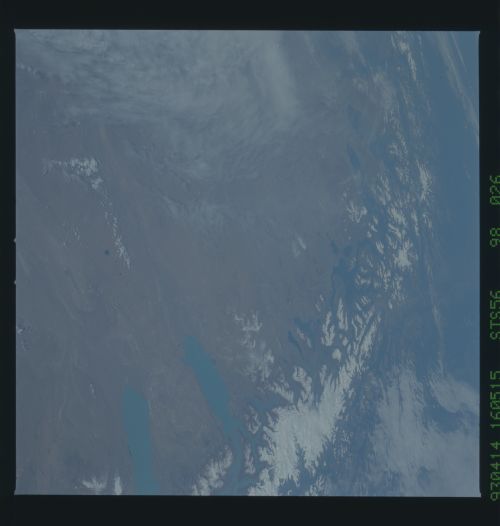 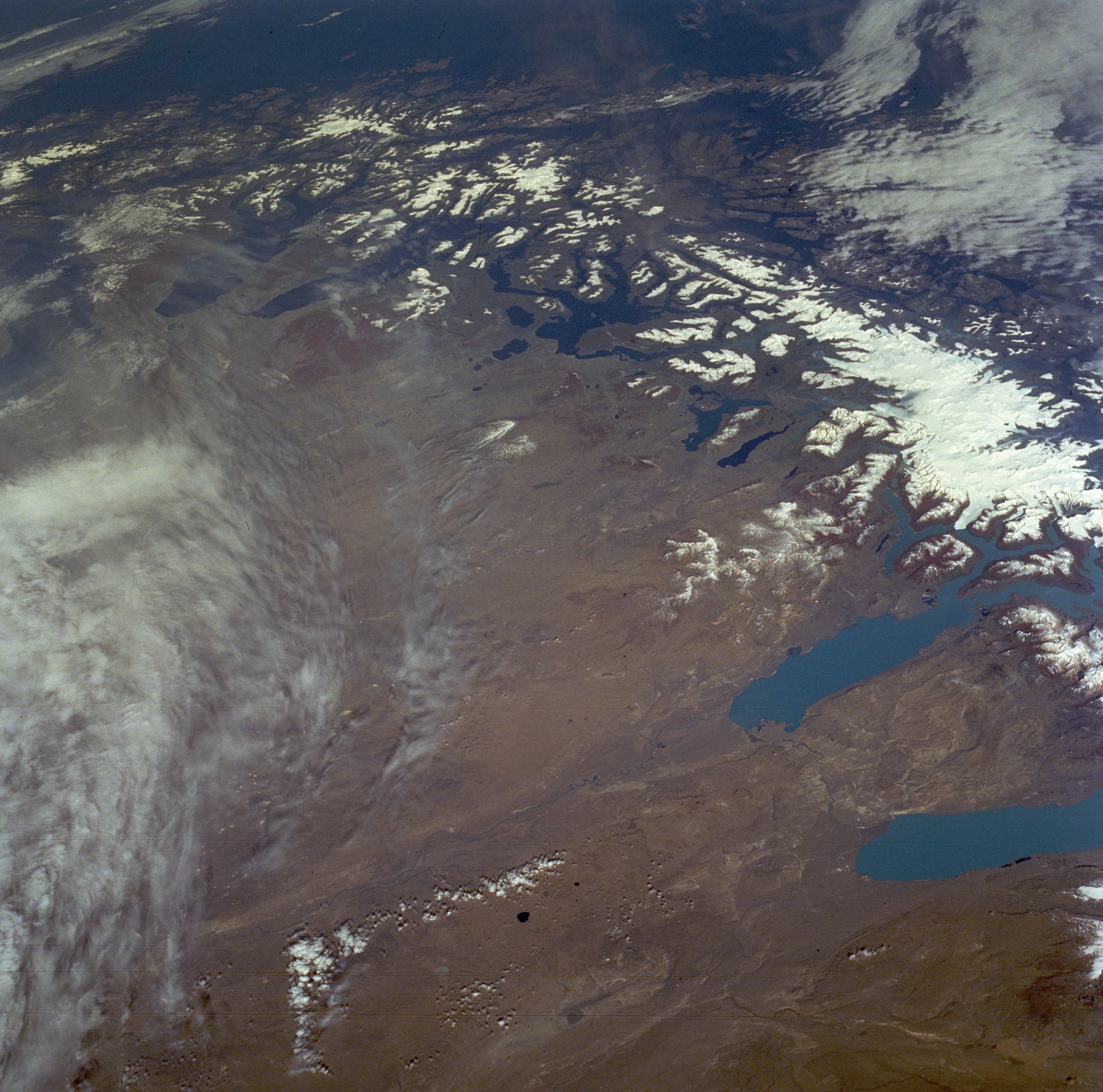 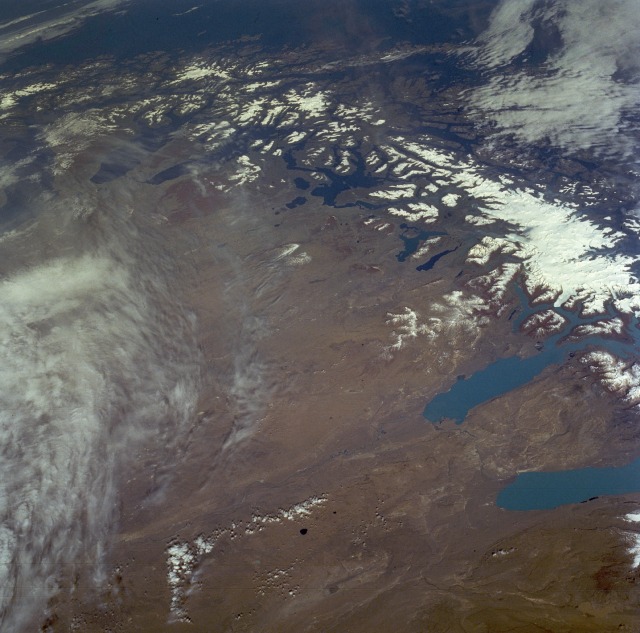 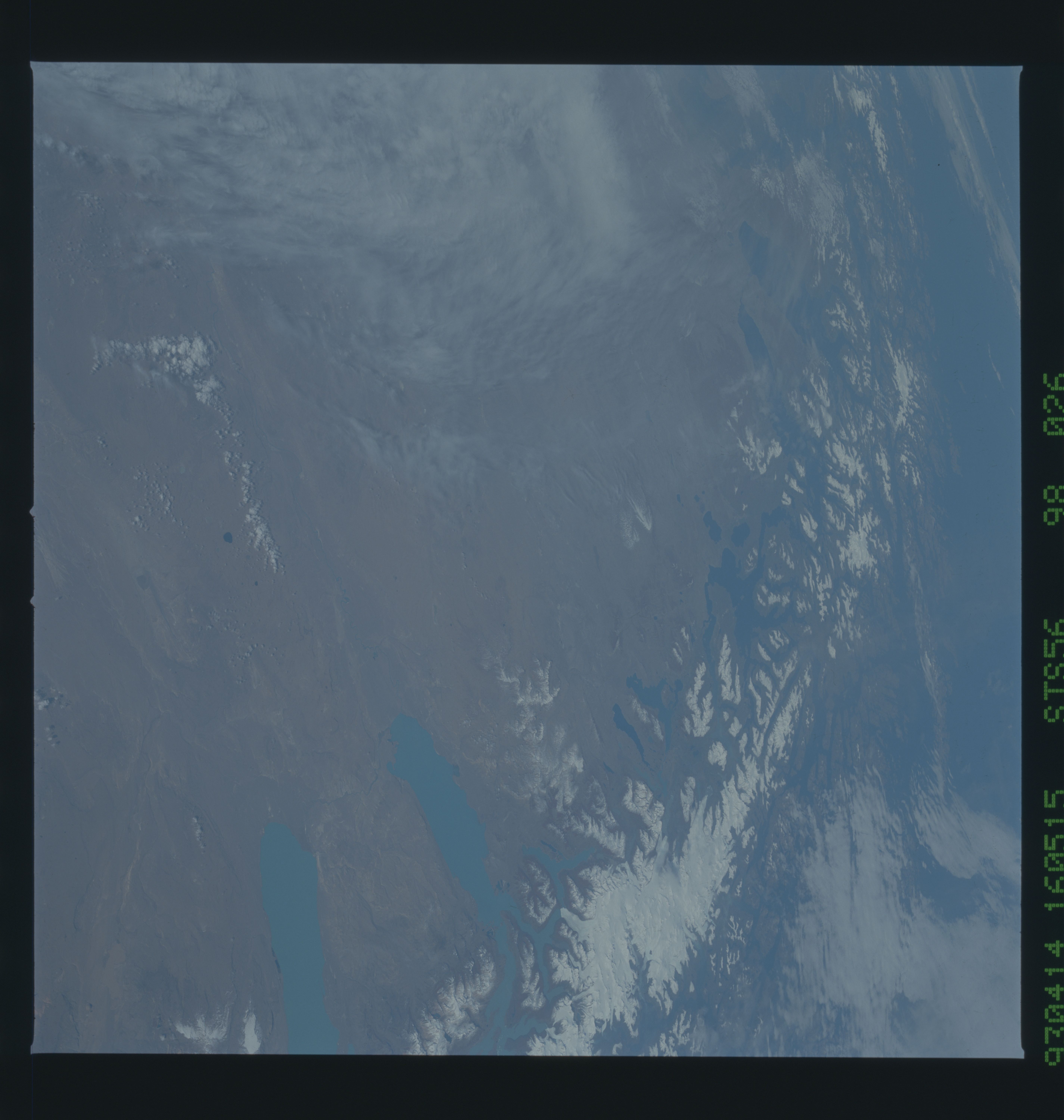 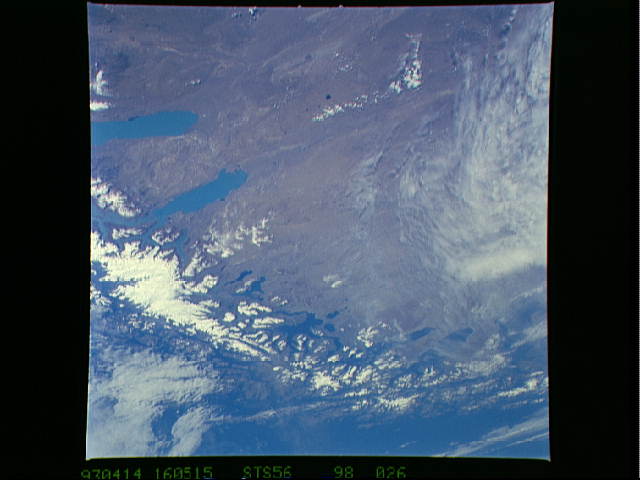 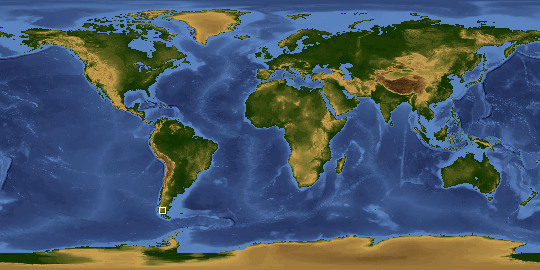 Other options available:
Download Packaged File
Download a Google Earth KML for this Image
View photo footprint information
Download a GeoTIFF for this photo
Image Caption: STS056-098-026 Southern Andes Mountains, Argentina and Chile April 1993
The Andes Mountains terminate at the southern end of Chile and Argentina in a jumble of islands and fjords. This low-oblique, south-looking photograph shows the fragmented landscape as the South American continent gradually ends in Tierra del Fuego. Part of the Strait of Magellan is barely visible near the horizon. Numerous glacier lakes can be seen on either side of the north-south axis of the ice- and snow-covered Andes Mountains. The mountains gradually decrease in elevation, from approximately 10 000 feet (3048 meters) in this photograph to 4000 feet (1220 meters) and less above sea level near the horizon. Lake Viedma (northernmost) and Lake Argentino--the two larger light blue lakes at the northern end of the photograph--constantly receive meltwater from the western glaciers. The brownish-tan terrain east of the Andes Mountains is a plateau where the constantly blowing west wind, coupled with very limited precipitation, produces a harsh, barren, almost nonvegetated landscape in this Argentine region of Patagonia.