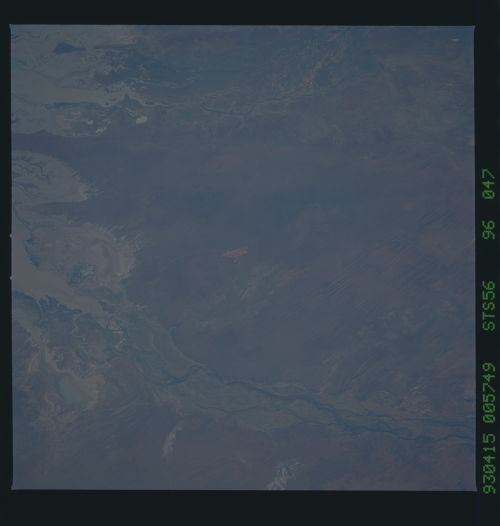 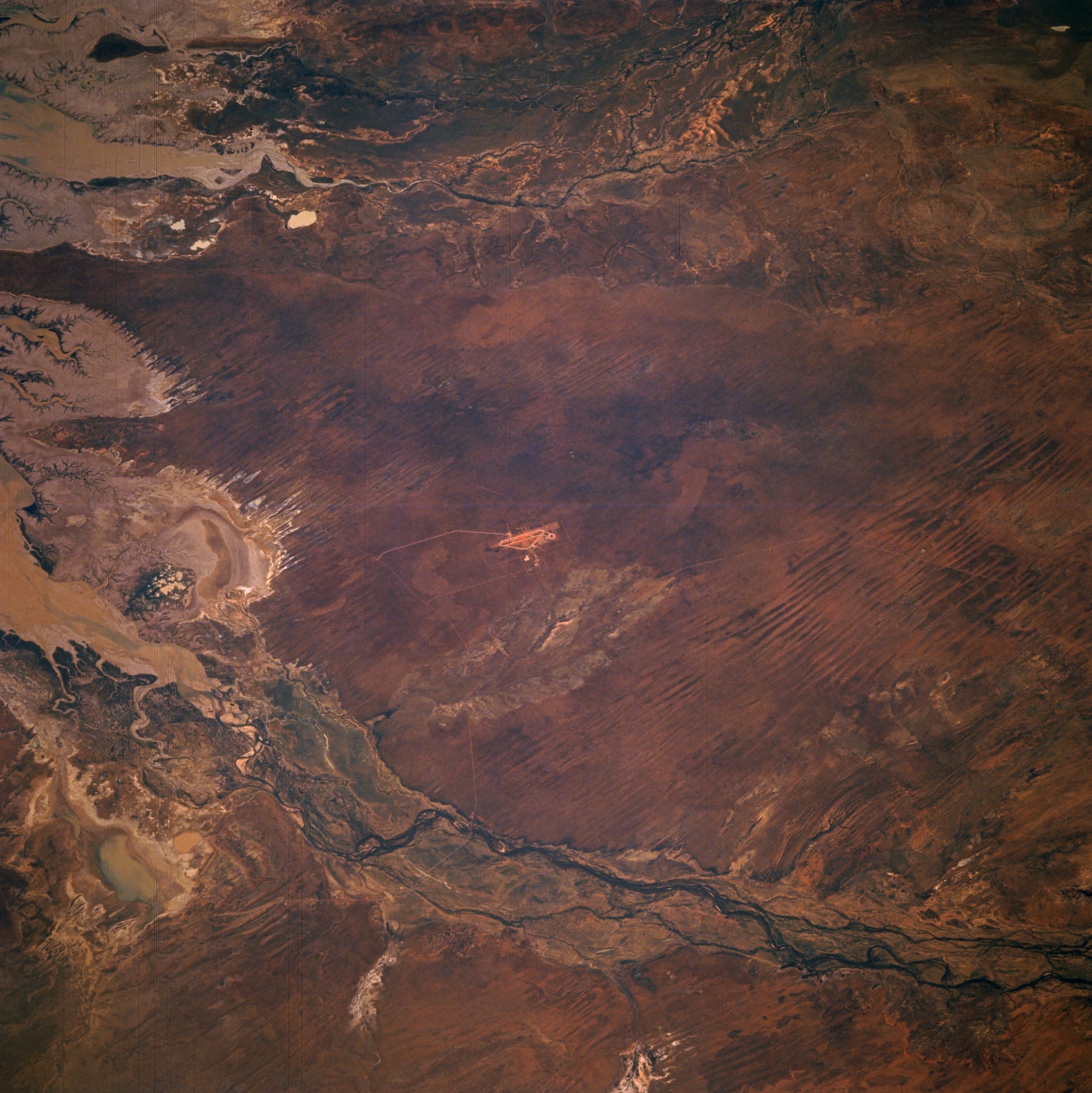 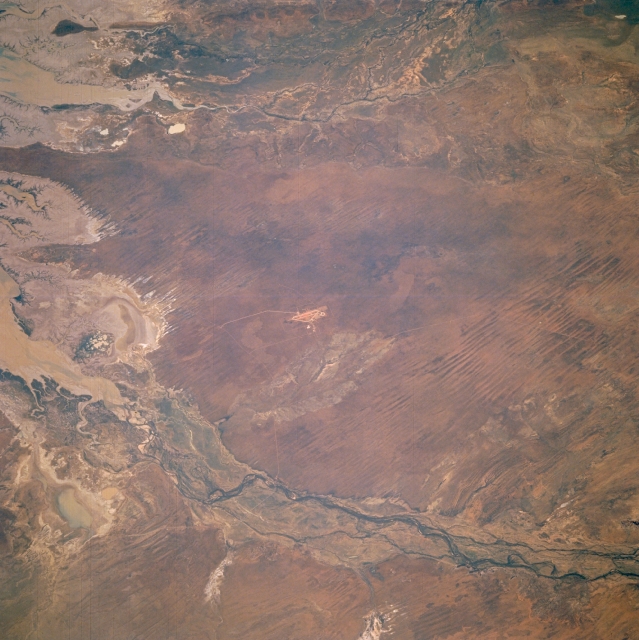 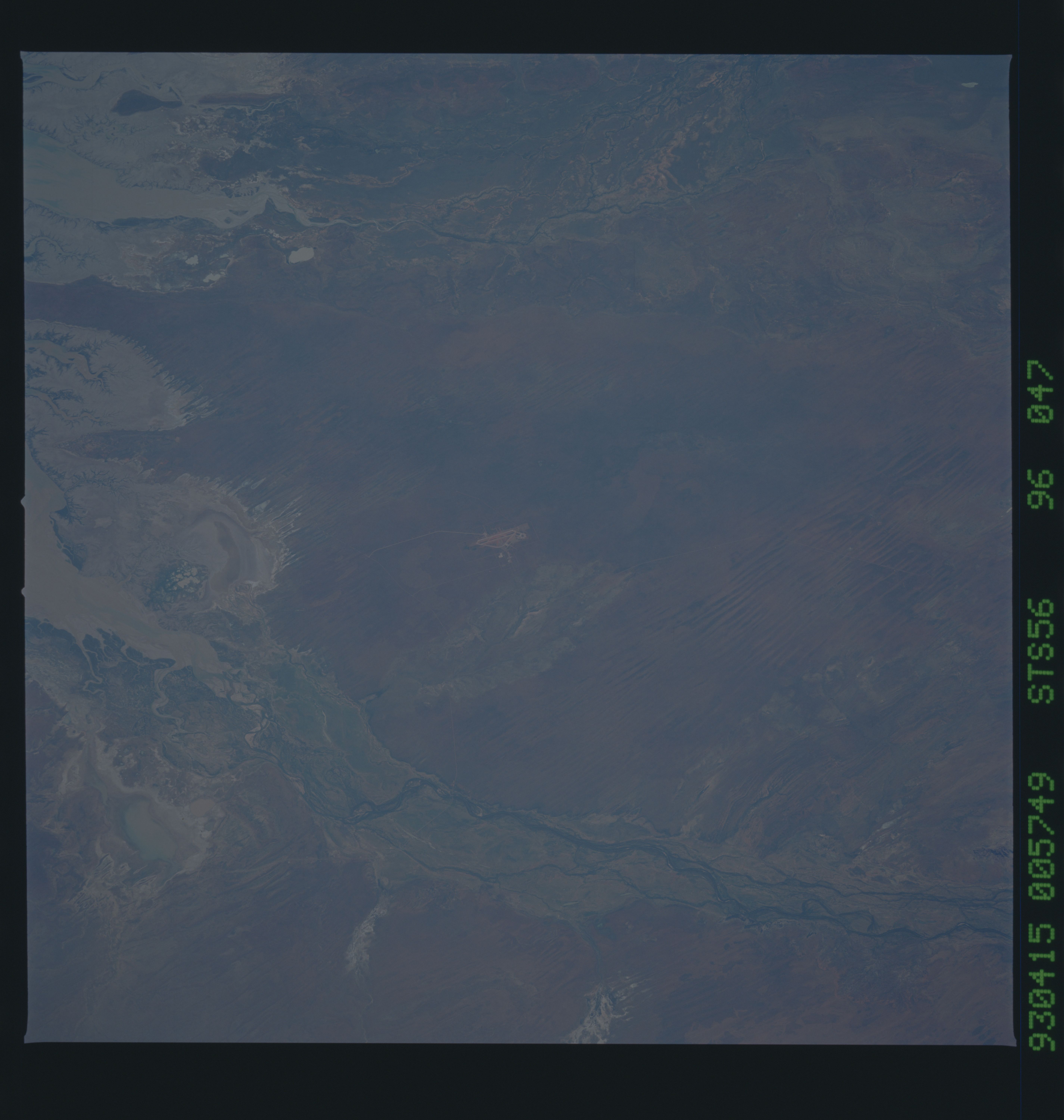 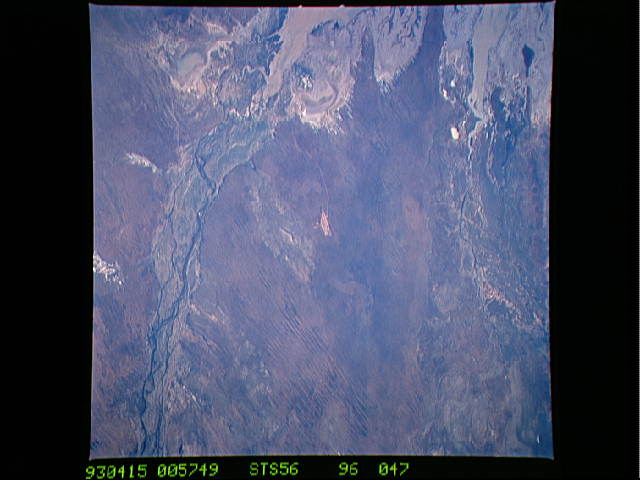 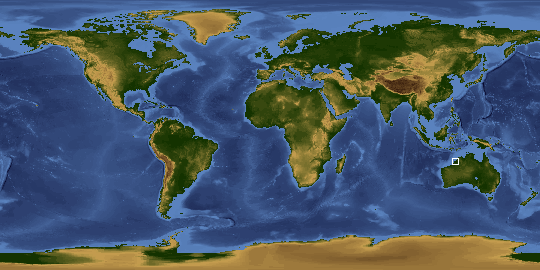 Other options available:
Download Packaged File
Download a Google Earth KML for this Image
View photo footprint information
Download a GeoTIFF for this photo
Image Caption: STS056-96-047 Fitzroy River, Western Australia, Australia April 1993
The Fitzroy River (bottom of image) and the May and Meda Rivers (top of picture) drain northward into the southern end of King Sound (left side of image) along the northern coast of Western Australia. A complex array of dynamic coastal features in King Sound, including sandy sediment and muddy tidal flats, show up as brownish-looking features. There are also significant stands of mangrove trees (thin dark green lines at the waters edge) along this tidally active shoreline. The floodplain of the Fitzroy River is wider and better defined in comparison to the two shorter flowing rivers to the northeast. The Fitzroy River is the largest river in the Kimberley Region of northern Western Australia. Like many of the rivers along the north coast of Australia, it is a monsoonal river that flows during the three months rainy season (December through February) and then dries out for the rest of the year. No dams currently have been built on the Fitzroy River, so it is one of the last remaining large wild rivers in Australia. The short, linear, paralleling features in the southern third of the scene shows numerous sand ridges that average 20 feet (6 meters) in height.