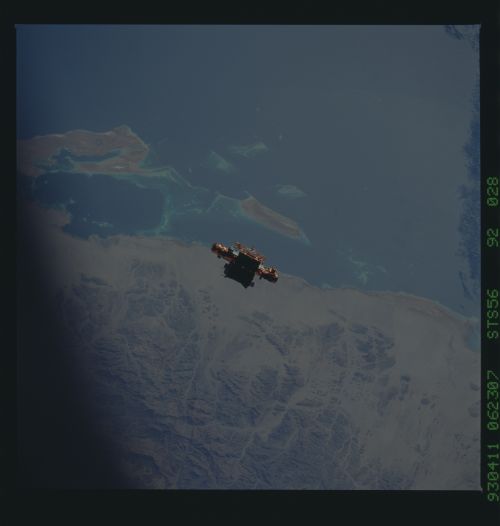 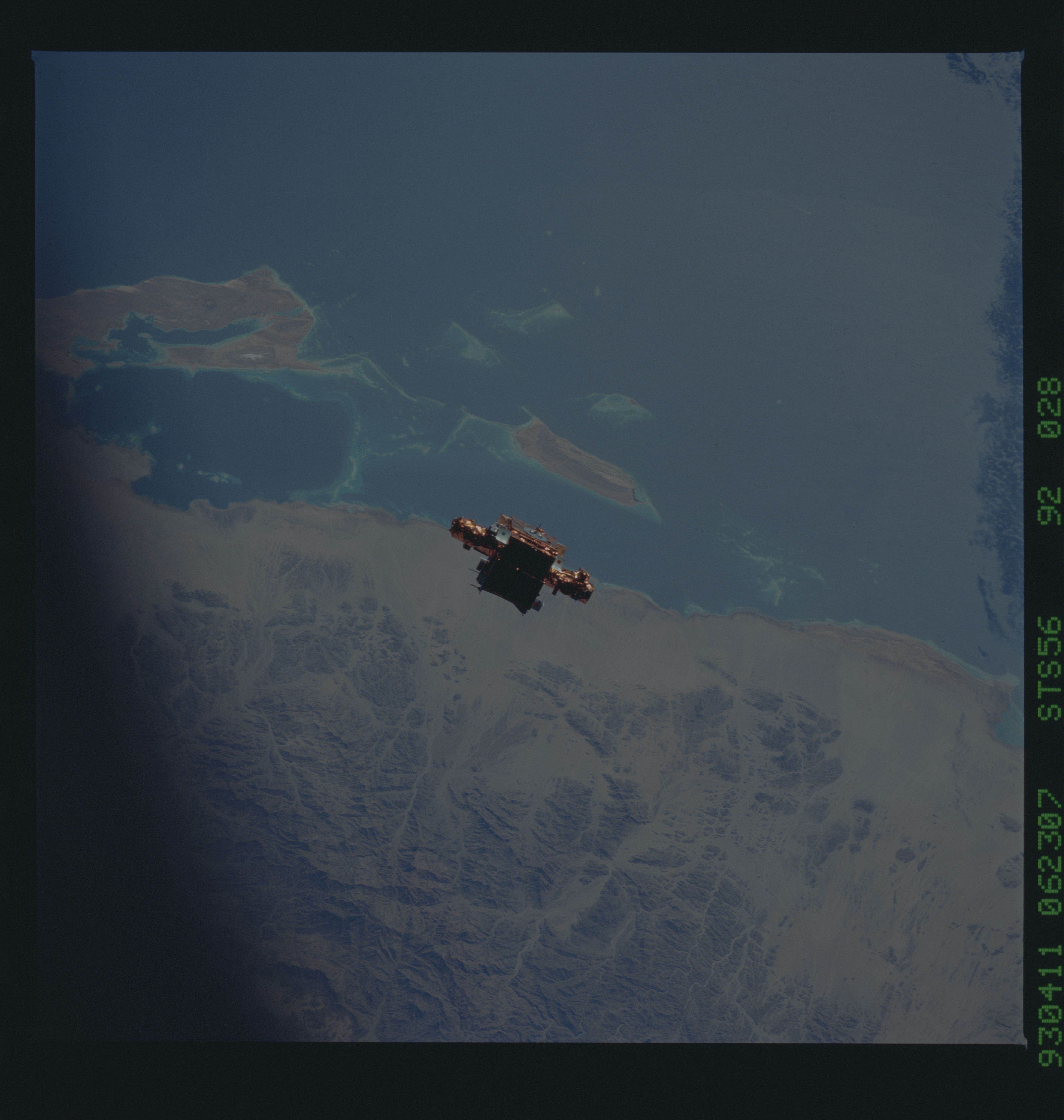 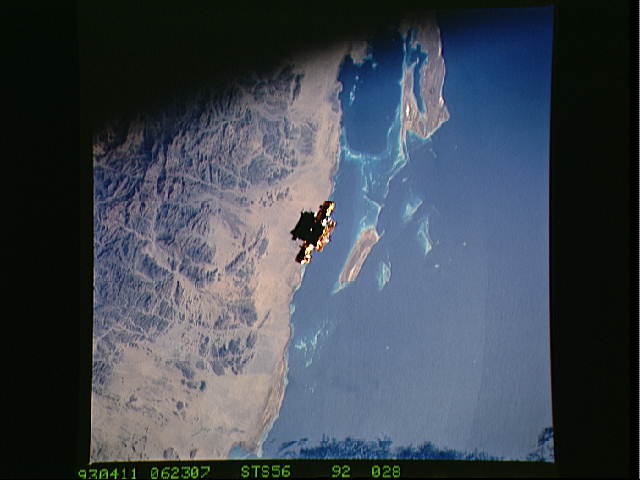 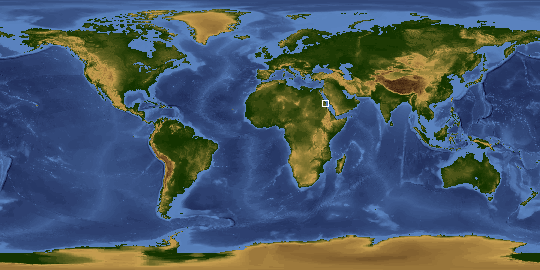 Other options available:
Download Packaged File
Download a Google Earth KML for this Image
View photo footprint information
Download a GeoTIFF for this photo
Image Caption: During STS-56, the Shuttle Pointed Autonomous Research Tool for Astronomy 201 (SPARTAN-201), a freeflying payload, was captured on 70mm film as it drifts over the Red Sea coast of Sudan. SPARTAN-201 was photographed by the crewmembers aboard Discovery, Orbiter Vehicle (OV) 103. On the mission's third day, crewmembers used the remote manipulator system (RMS) to lift the satellite from its support structure in OV-103's payload bay (PLB) and release it into space. SPARTAN-201 was later recaptured by OV-103's RMS and returned to Earth with the astronaut crew. The cape structure in the background is Ras abu Shagara, north of Port Sudan.