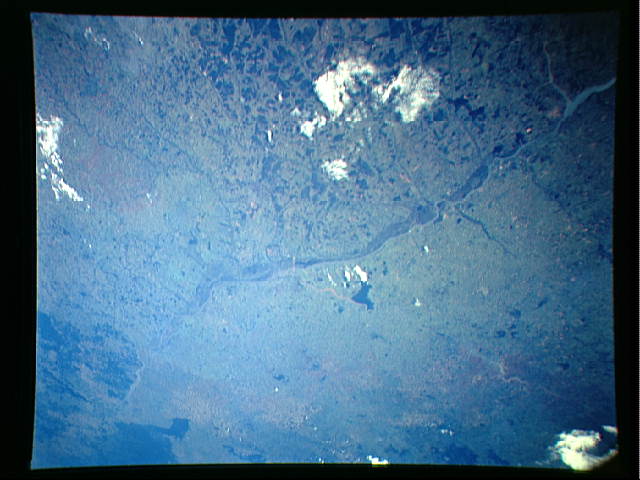 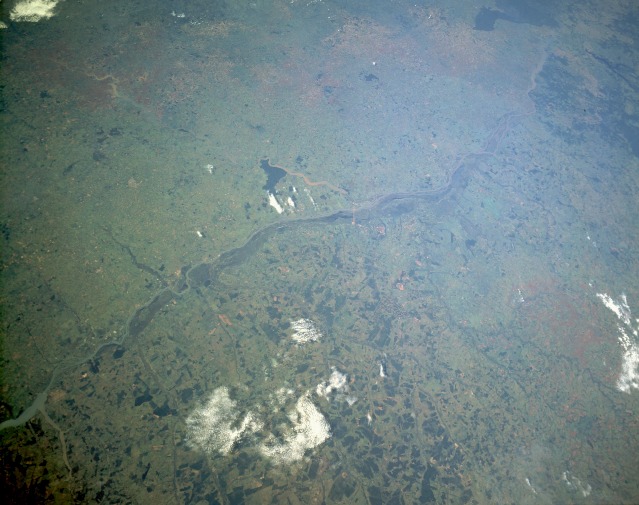 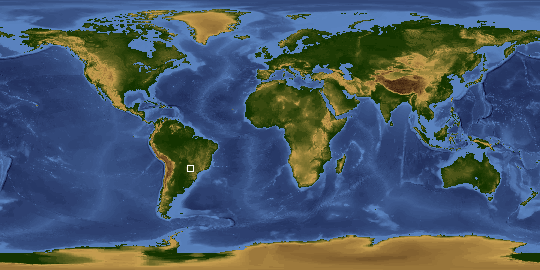 Other options available:
Download Packaged File
Download a Google Earth KML for this Image
View photo footprint information
Download a GeoTIFF for this photo
Image Caption: STS056-154-194 Paraná River, Brazil April 1993
This low-oblique, south-looking photograph features a segment of the southwest-flowing Paraná River and its floodplain between Três Lagoas in the north to Foz do Iguacu in the south, a distance of approximately 230 miles (370 kilometers). This view shows the natural boundary the Paraná River forms between the states of Mato Grosso do Sul to the west and São Paulo and Paraná to the east in south-central Brazil. The darker, forested areas west of the Paraná River demonstrate that the lands east of the Paraná have been cleared of native forests for agricultural pursuits, including farming and ranching. The large dark area (center of the photograph) appears to be a Government forest preserve along the north bank of the Paranapanema River and west of the town of Teodoro Sampaio. The rolling hills, trellis drainage, rivers, dams, and reservoirs reflect the concerted effort to turn this region into the productive heartland of Brazil. Numerous dams constructed in south-central Brazil are used to provide flood control, water conservation, and hydroelectric power.