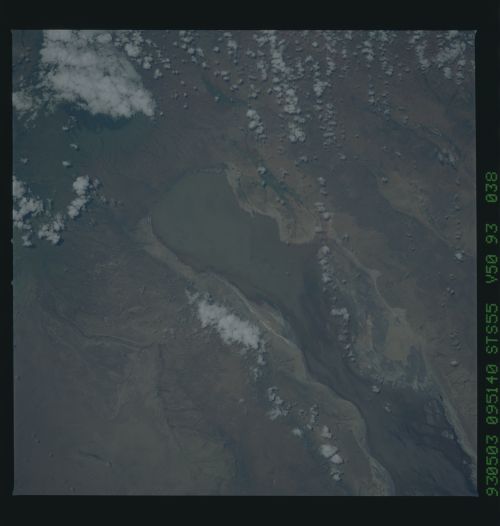 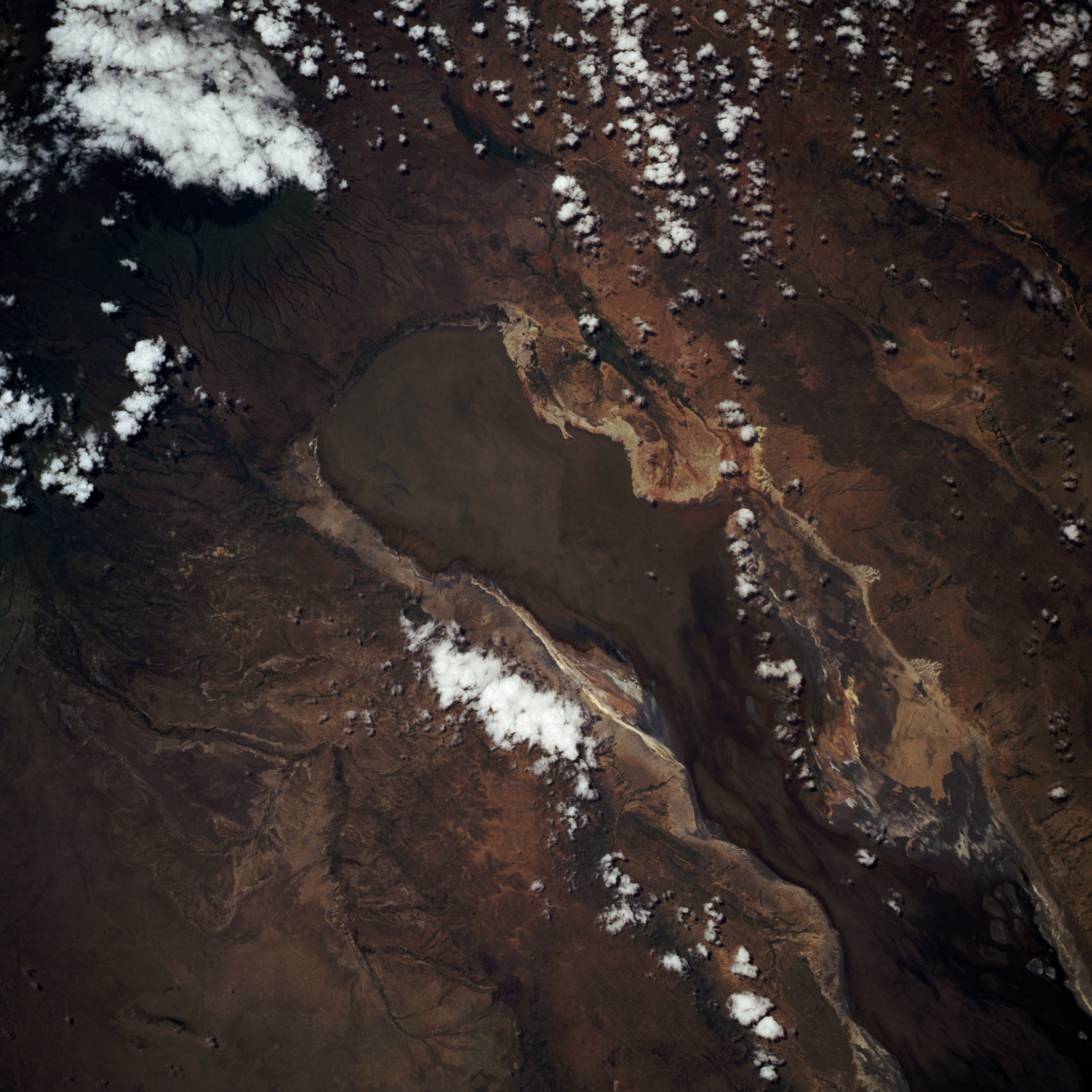 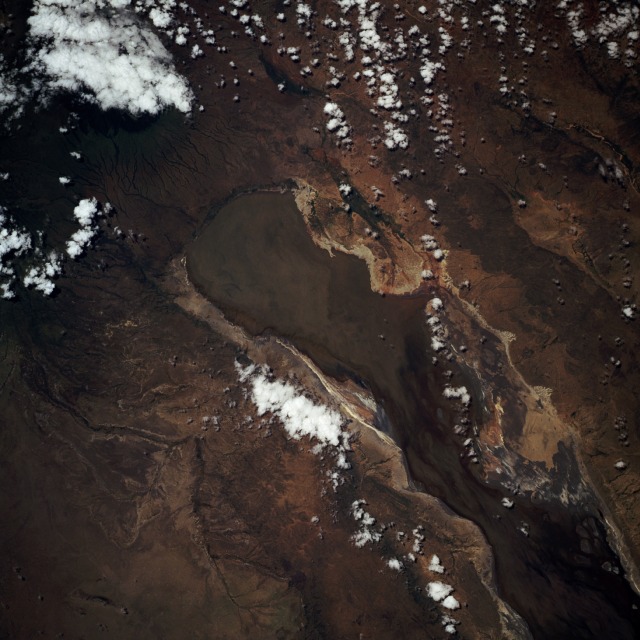 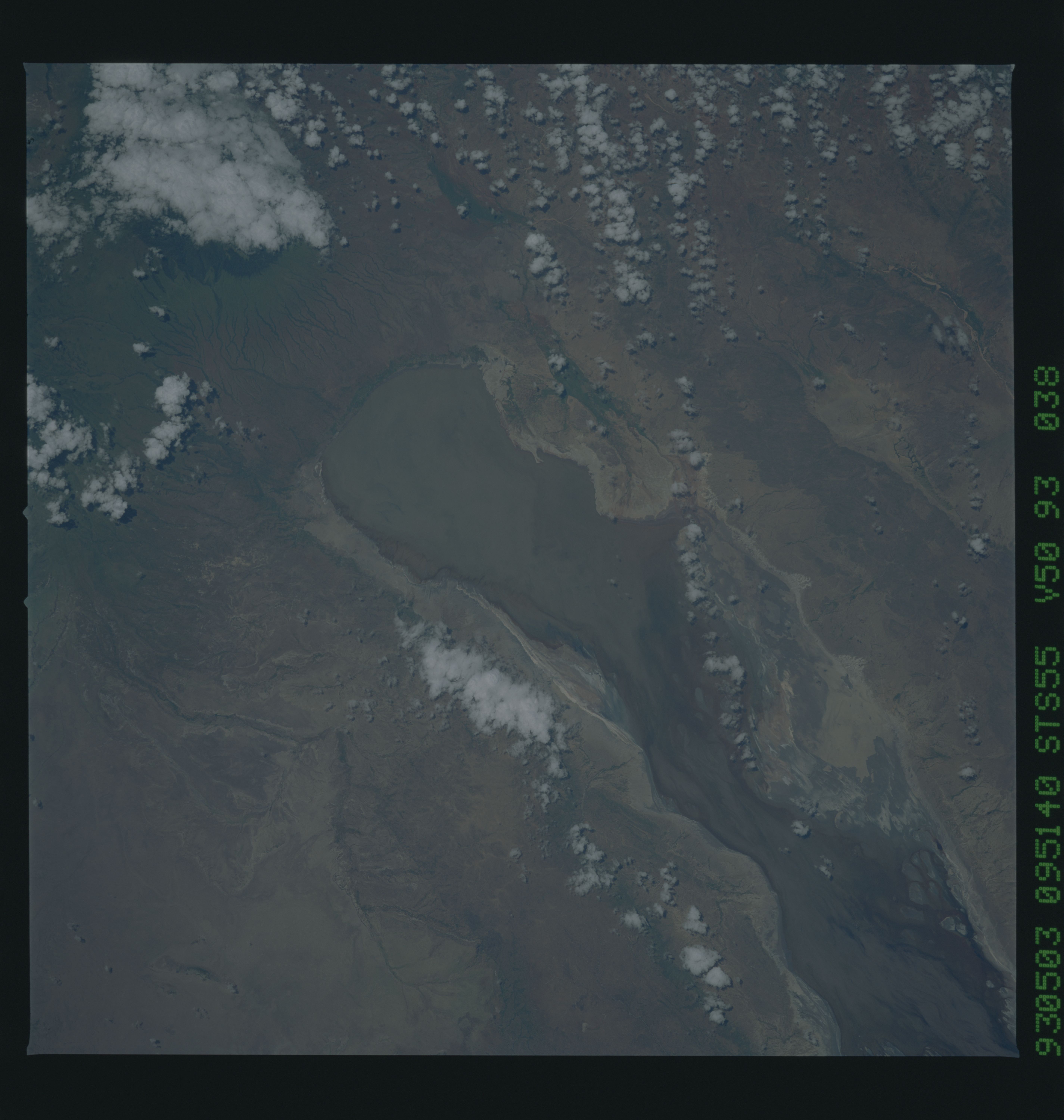 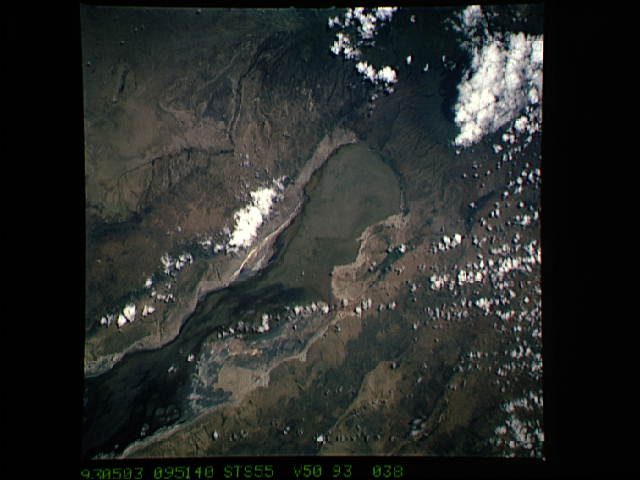 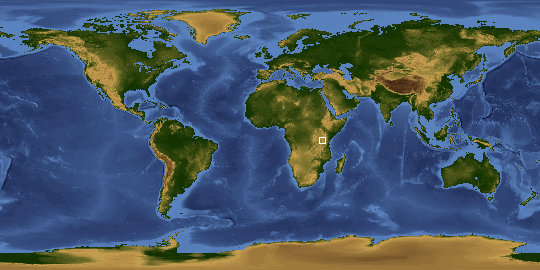 Other options available:
Download Packaged File
Download a Google Earth KML for this Image
View photo footprint information
Image Caption: STS055-093-038 Lake Eyasi, Tanzania May 1993
Lake Eyasi, located south of the Serengeti National Park and immediately southwest of the Ngorongoro Crater, is one of several lakes on the floor of the East African Rift Valley. The southwest flank of Ngorongoro Volcano drains into the northeast end of the lake. Although the southwestern quarter of the lake is not included in this photograph, the lake is generally rectangular, except the indented southeast side, which appears to be shallower because sediment has filled in the shore. Most of the former shoreline can be identified by the color change around the fairly steep embanked perimeter of the lake. Seasonal water level fluctuations in the lake are dramatic, perhaps indicating that Lake Eyasi is relatively shallow even during periods of maximum water levels. This photograph shows some dark water in the northeast part of the lake; however, recent Space Shuttle photographs have shown Eyasi to be almost devoid of water.