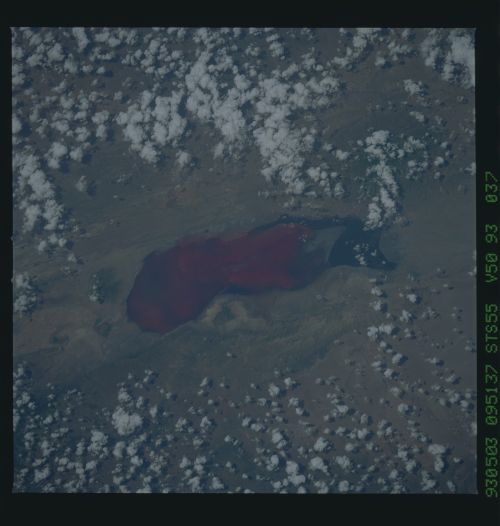 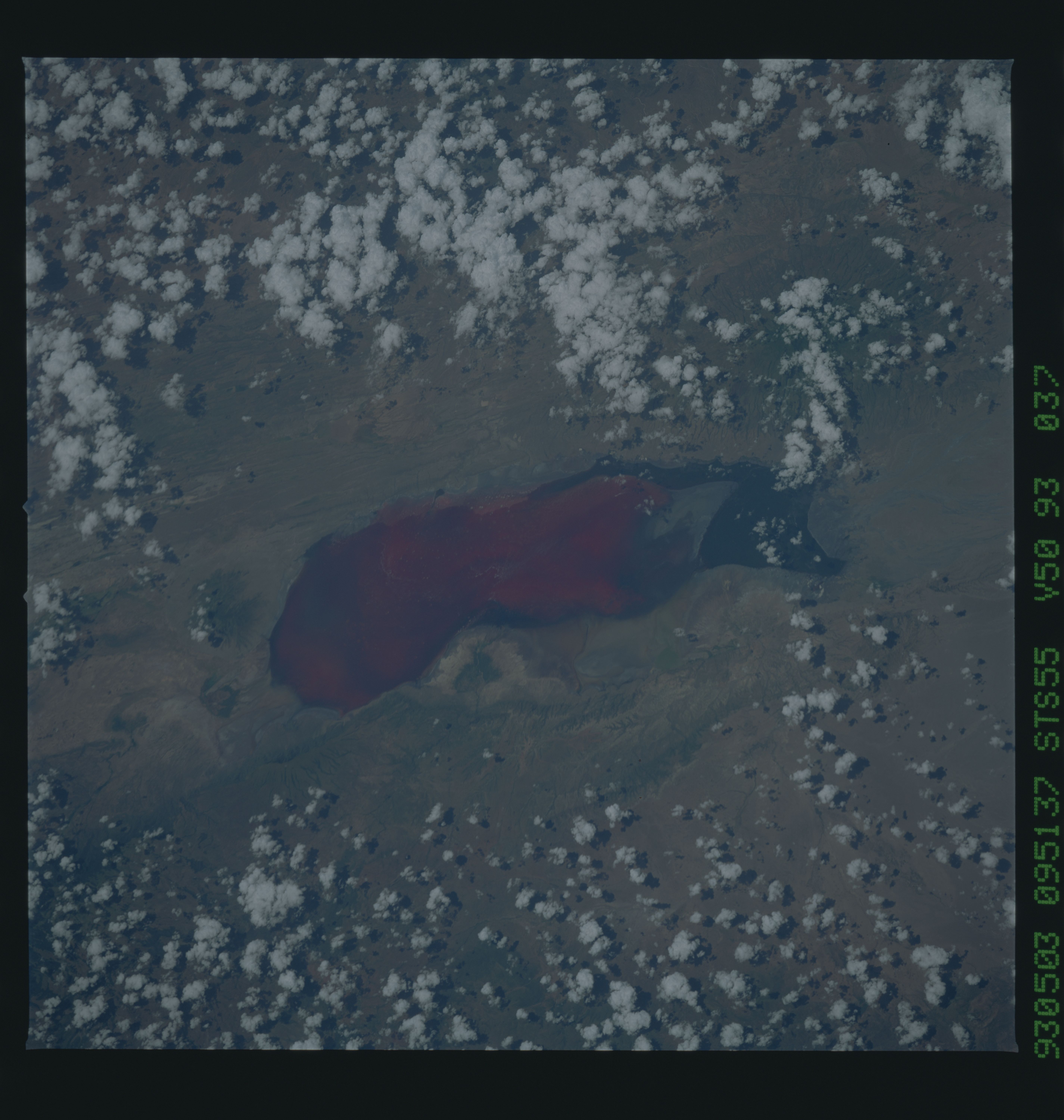 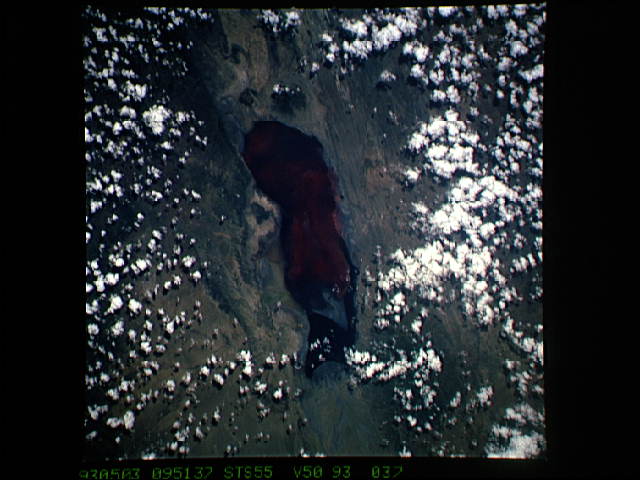 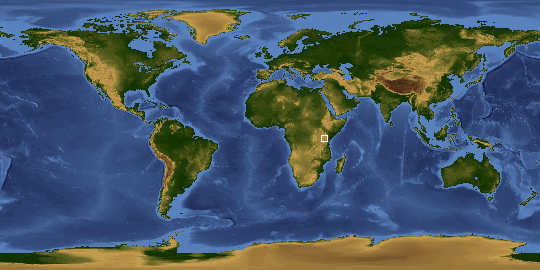 Other options available:
Download Packaged File
Download a Google Earth KML for this Image
View photo footprint information
Image Caption: STS-55 Earth observation taken aboard Columbia, Orbiter Vehicle (OV) 102, shows Lake Natron in Tansania, in the 35-mile-wide East African Rift Valley. This lake is surrounded by sodium carbonate volcanoes. Through erosion, these salts of volcanic origin are transported into the rift valley lakes. The various shades of bright red reflecting from the lake result from the water chemistry and biotic blooms. The white spots in the lakebed are drying soda salts. The depth and circulation of the water in the southern end of the lake cause it to appear dark blue rather than bright red. In the repeated photographs of this lake from orbit, we have seen the extent and intensity of its colors fluctuate seasonally. In this photograph, the biotic activity appears to be at a peak. Such a large extent of red-colored water was not present in the photos taken from STS-56, just a few days before (04-10-93).