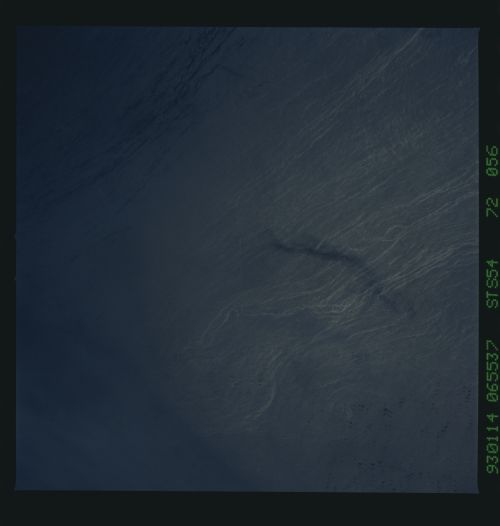 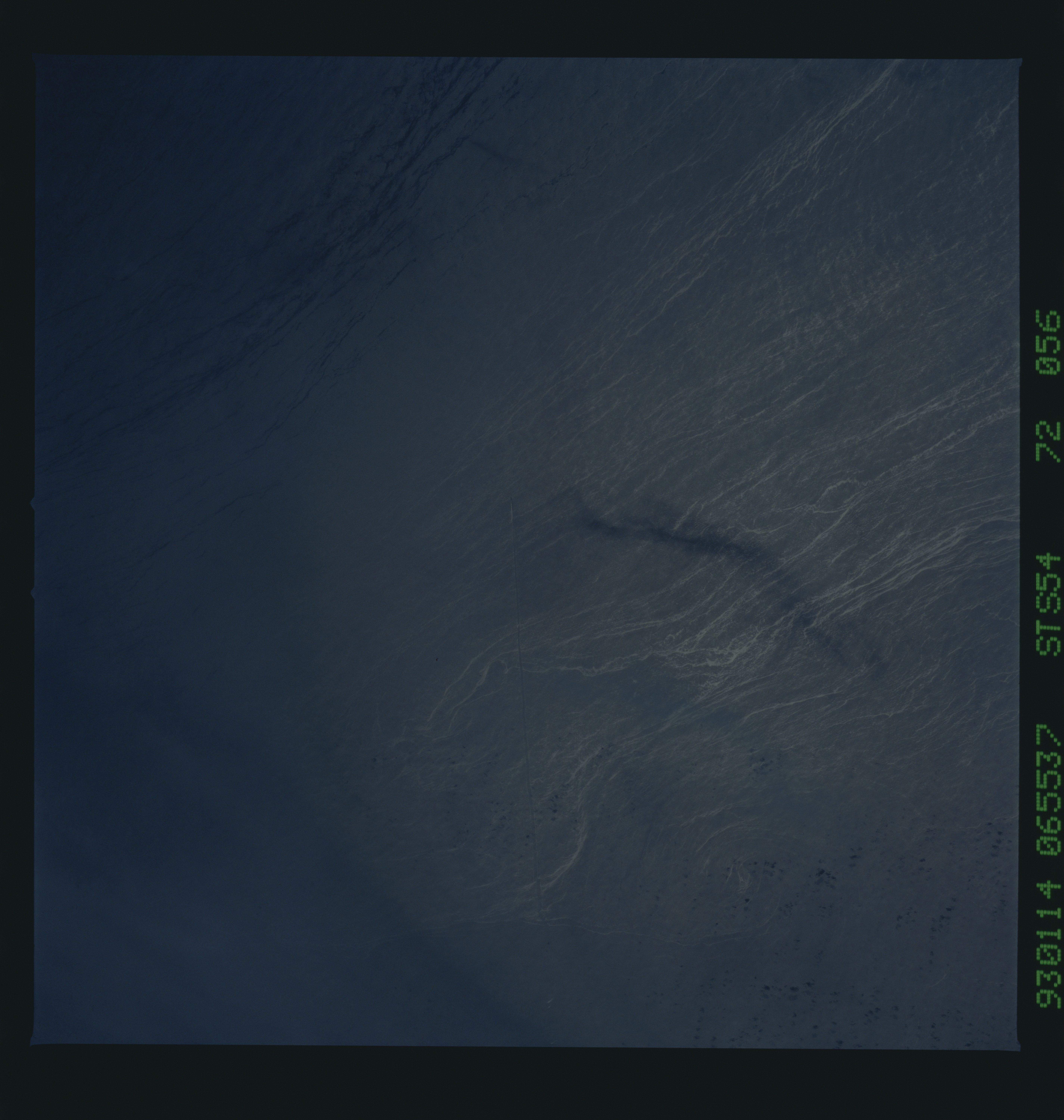 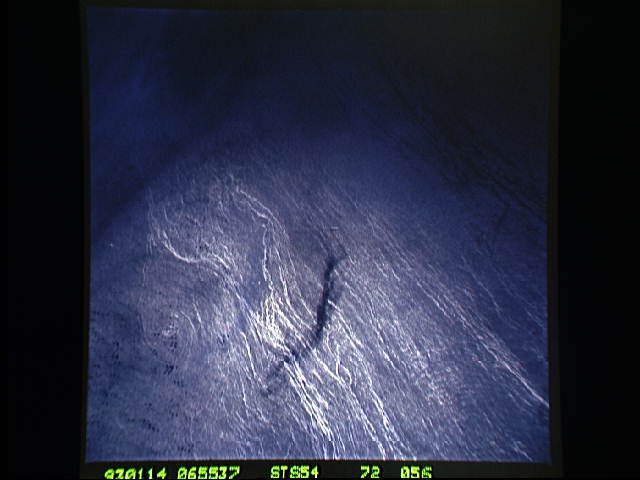 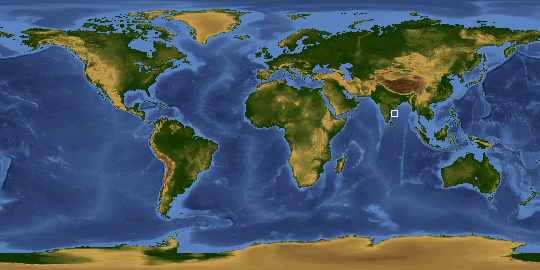 Other options available:
Download Packaged File
Download a Google Earth KML for this Image
View photo footprint information
Download a GeoTIFF for this photo
Image Caption: STS-54 Earth observation taken aboard Endeavour, Orbiter Vehicle (OV) 105, is of a ship wake in the Bay of Bengal. The sun glint pattern on the ocean reveals many patterns of sea surface roughness related to currents, waves, wind roughening, and biology that and are not apparent when the ocean is viewed away from the sun's reflection. In this view of the Bay of Bengal, southeast of Madras, India, sun glint highlights convergence zones between ocean currents (bright, linear features), a eddy, and the wake of a ship. In several locations where the ship has passed areas of current shear, the ship wake is distorted, indicating the relative current direction.