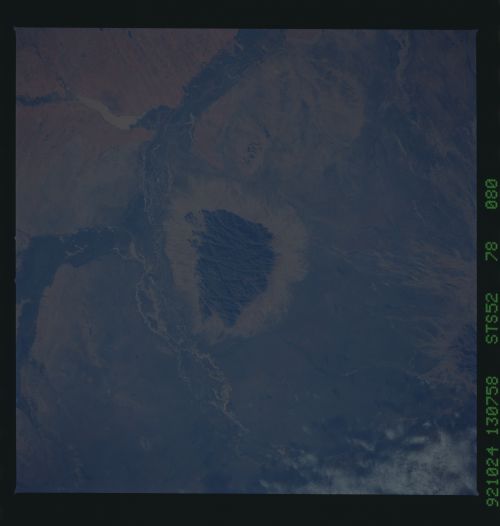 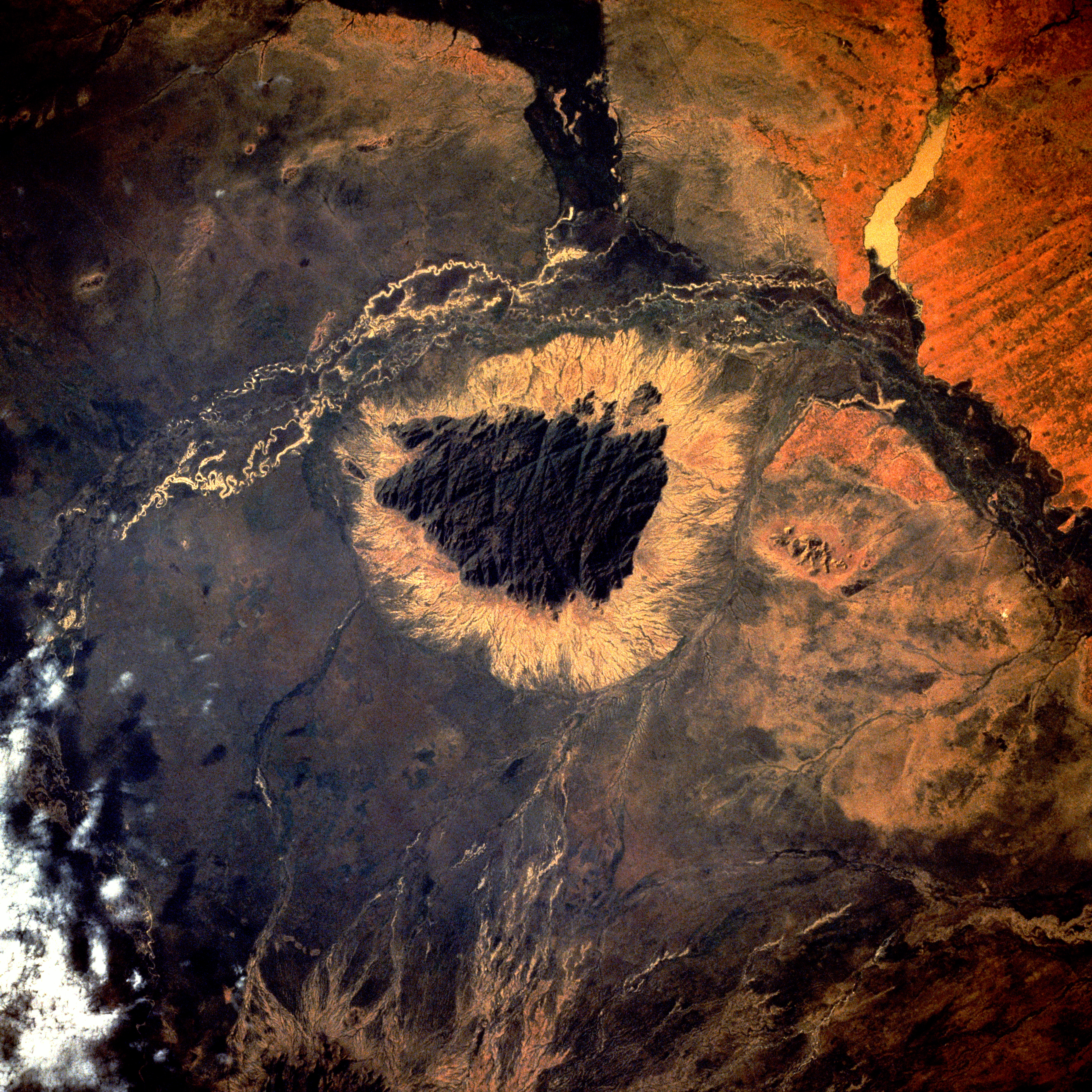 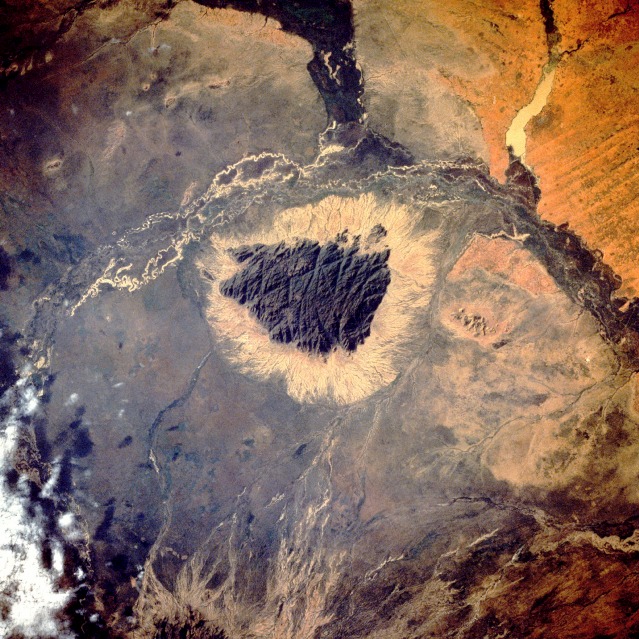 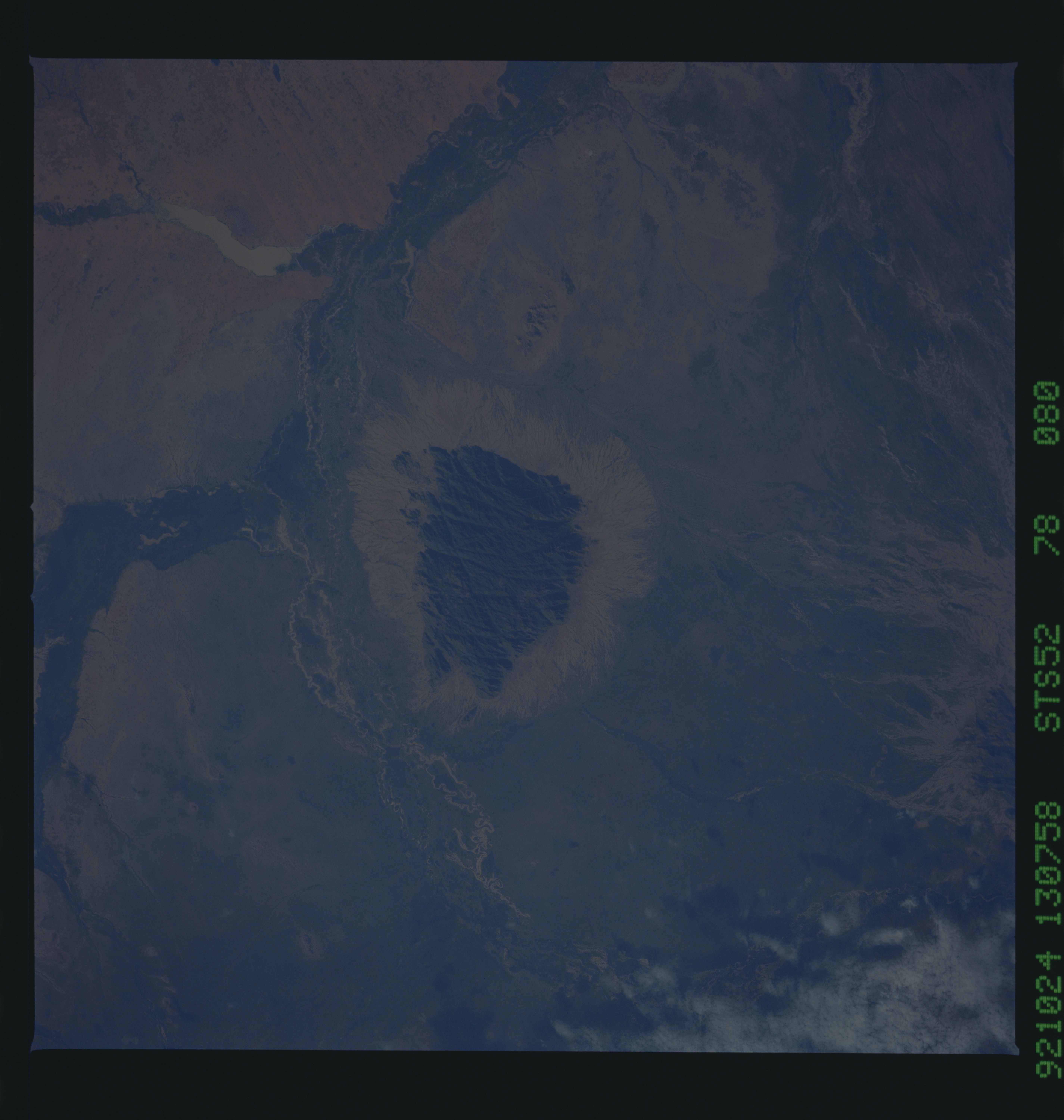 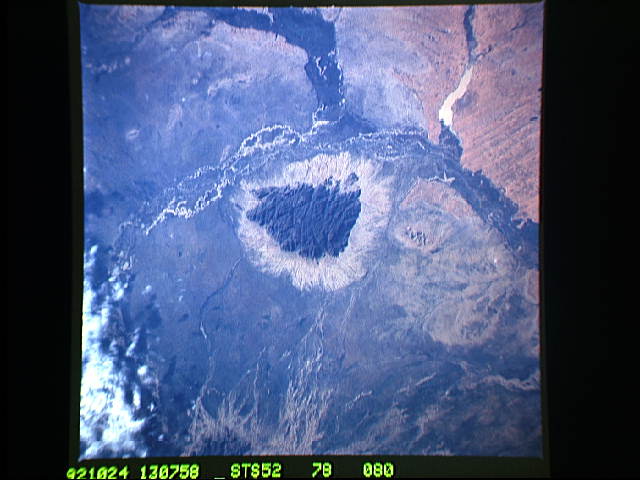 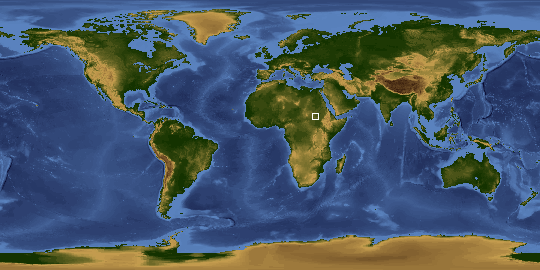 Other options available:
Download Packaged File
Download a Google Earth KML for this Image
View photo footprint information
Image Caption: STS052-078-080 Dair Mountain, Central Sudan October 1992
Drainage patterns dominate this hot, semiarid landscape in central Sudan west of the White Nile River. Several major wadis, intermittently flowing watercourses, merge west and northwest of Dair Mountain (the very dark, highly fractured structure near the center of the photograph). This igneous mountain rises about 3500 feet (1065 meters) above the surrounding terrain. The flanks of the mountain (fairly broad reddish-tan ring) apparently have been denuded of vegetation, although it appears that water exists in some of the meandering stream channels within the darker, vegetated wadis. A small muddy reservoir can be seen near the northwest corner of the photograph. With the exception of Dair Mountain, most of the region is fairly flat and is marginally suited for subsistence agriculture, as well as for commercial crops of peanuts, sesame, and gum arabic. A series of low, linear sand dunes discernible along the northwest edge of the photograph is a reminder that this region experiences wide variations in annual precipitation, making agricultural activities somewhat tenuous.