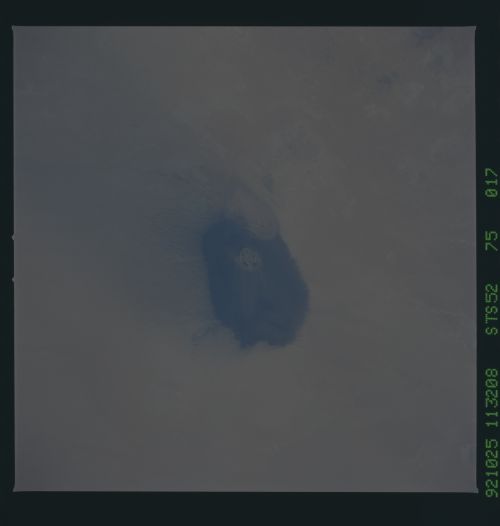 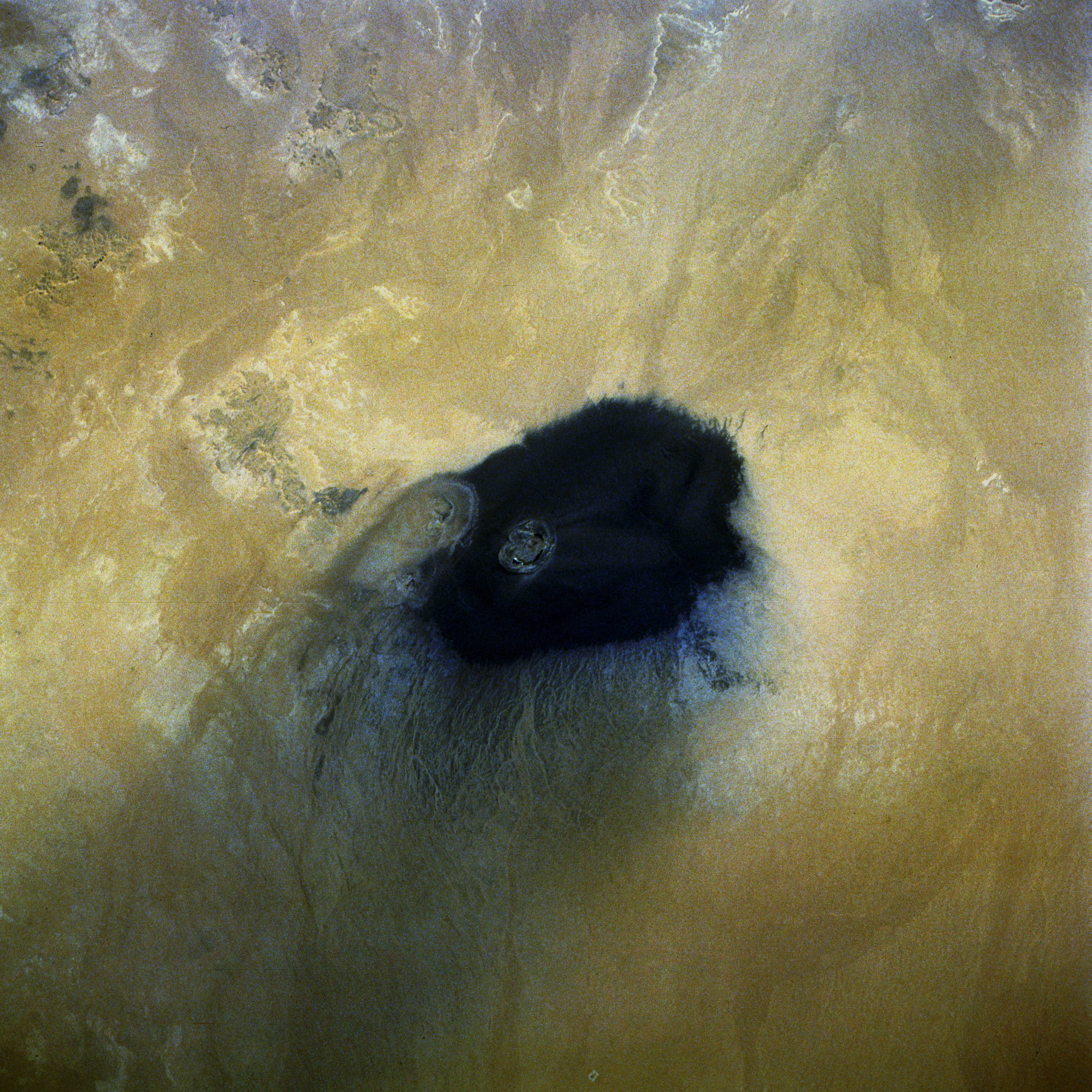 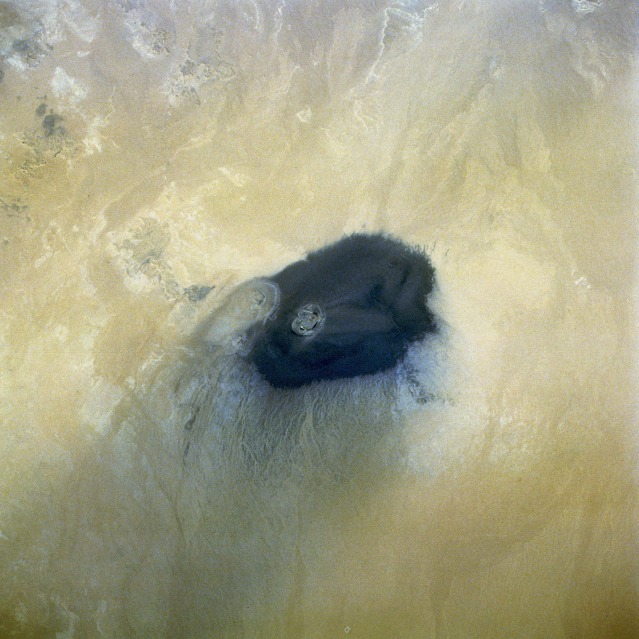 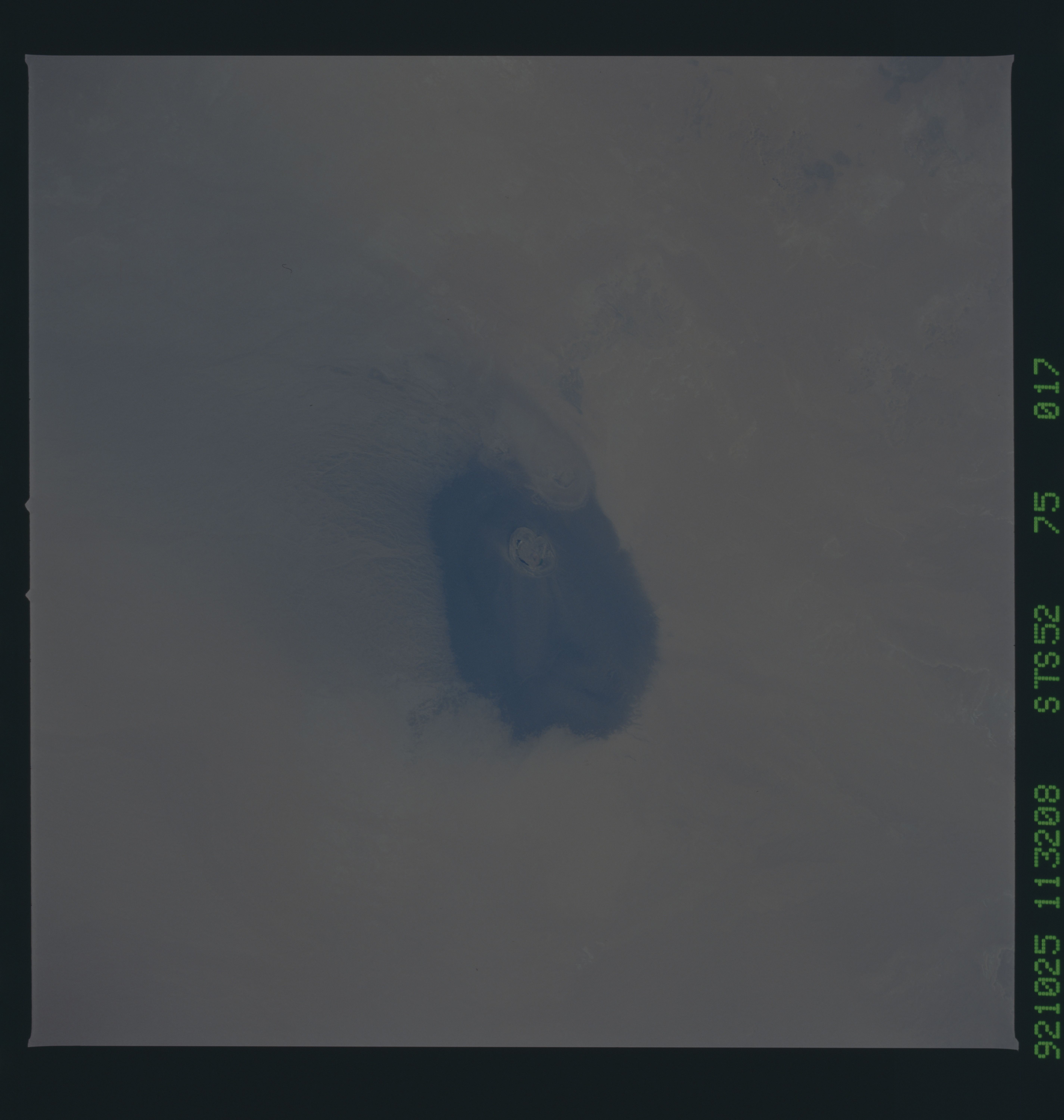 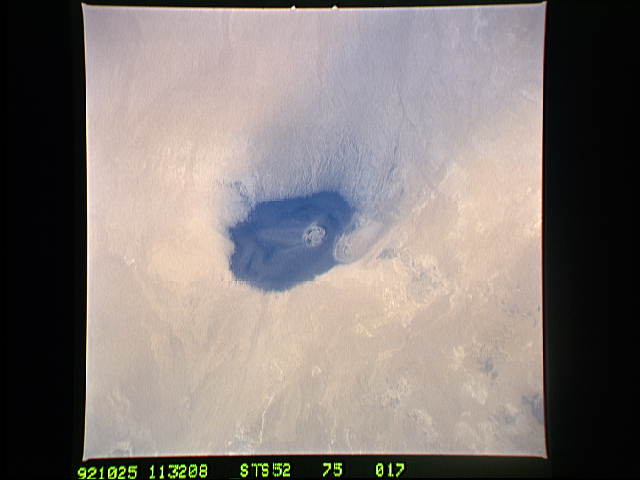 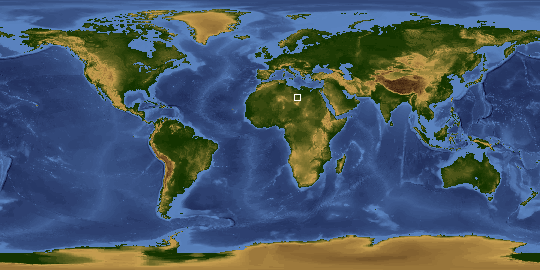 Other options available:
Download Packaged File
Download a Google Earth KML for this Image
View photo footprint information
Image Caption: STS052-075-017 Uau En Namus Volcano, Southern Libya October 1992
Surrounded by the Sahara Desert in south-central Libya, the Uau en Namus Volcano stands like a lone igneous sentinel in an otherwise sandy environment. The volcano, approximately 45 miles (70 kilometers) south of the large Djebel Haroudj basaltic region, has been described as one of the most beautiful scenes in Libya. In addition to the uniqueness of its solitary location, the volcano's caldera rim rises approximately only 200 feet (61 meters) above the surrounding terrain. The alignments of both the black ash encircling the caldera and the sand streamers indicate the prevailing wind is from the northeast. Within the caldera are three separate lakes surrounded by tall weeds and groups of wild date palms. Despite the presence of potable water, date palms, and other vegetation, no permanent settlement exists. Mosquitoes are the reason for the lack of a permanent settlement. The Arabic word "namus" means mosquitoes; thus, the Americanized name for this volcano is Volcano of Mosquitoes.