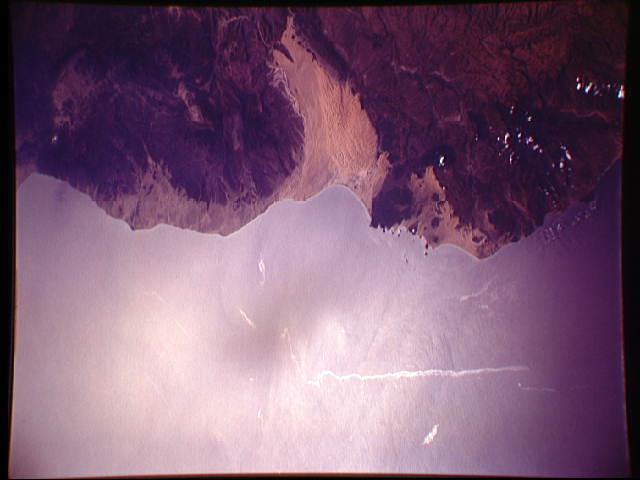 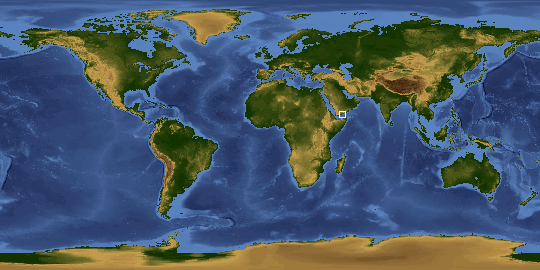 Other options available:
Download Packaged File
Download a Google Earth KML for this Image
View photo footprint information
Download a GeoTIFF for this photo
Image Caption: In this view of the Gulf of Aden, and the coast of north Yemen (13.5N, 48.0E) the sunglint pattern clearly delineates oil on the water surface as bright streaks relative to the surrounding water. The oil is most likely the result of oil tanker ships flushing their tanks as they transit the gulf. Once formed, the oil slicks are pushed around by the combined effects of wind and currents as can be seen in the deformations of the long offshore oil streak.