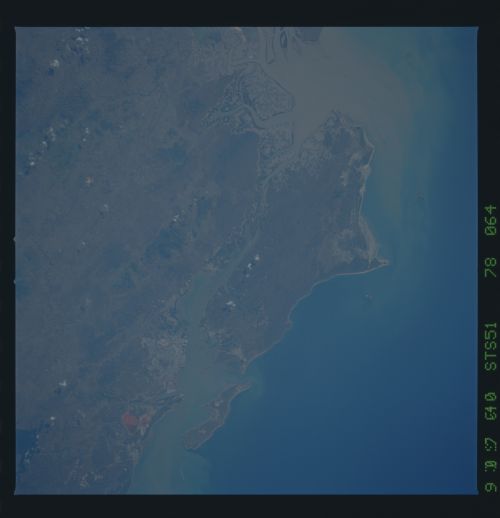 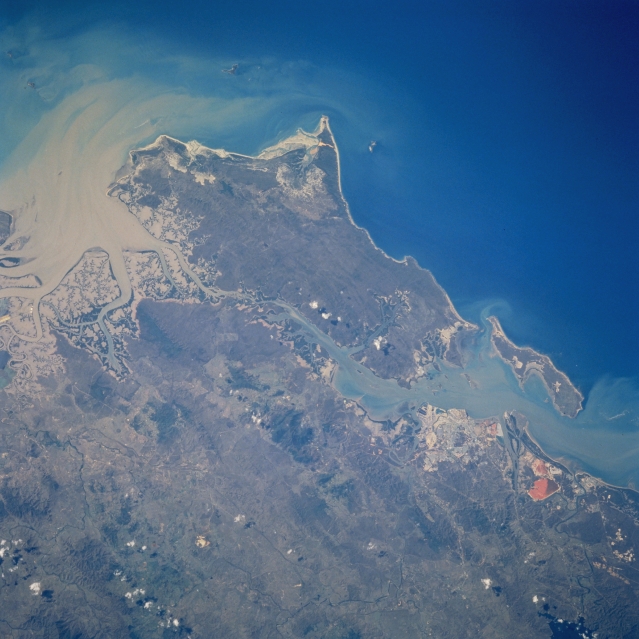 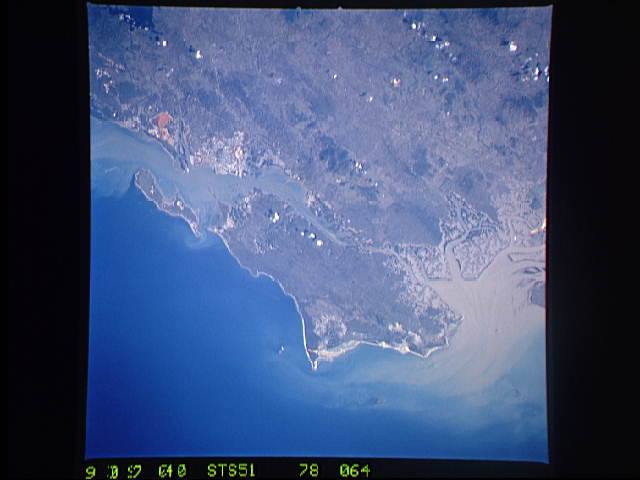 Other options available:
Download Packaged File
Download a Google Earth KML for this Image
View photo footprint information
Image Caption: STS051-078-064 Curtis Island, Queensland, Australia September 1993
Curtis island, the large island off the northeast coast of Queensland, is located north of the city of Gladstone. While none of the detailed infrastructure of the city is discernible, the location of this rapidly developing urban area can be identified as the lighter colored area west of the smaller island (Facing Island) and north of the orange-looking feature near the right bottom corner of the picture. The orange looking feature is possibly associated with the world's largest aluminum processing facility with a settling pond or area of waste residue. The large aluminum processing industry, coupled with a natural deep-water port, has helped this region become one of Australia's leading industrial sites. A large sediment plume is clearly visible in Keppel Bay along the northwest coast of Curtis Island, as it flows from the tidal flats and delta of the Fitzroy River and curves around towards the Capricorn Channel. Compare the overall green vegetation of this spring-time photograph with the brown color of the STS055-151-146 image (a late fall view of the same region). Notice also that relative size of the sediment plume at the northwest end of Curtis Island in Keppel Bay is markedly smaller in size.