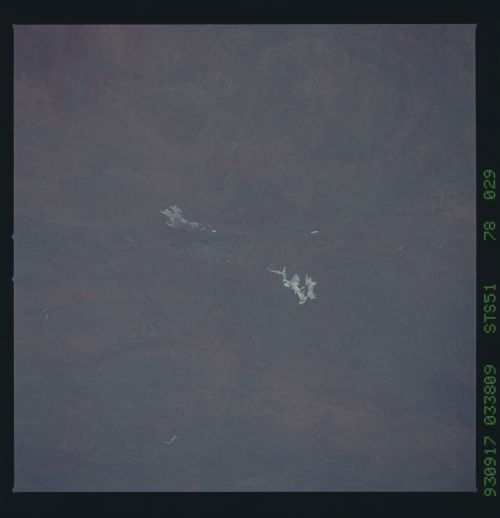 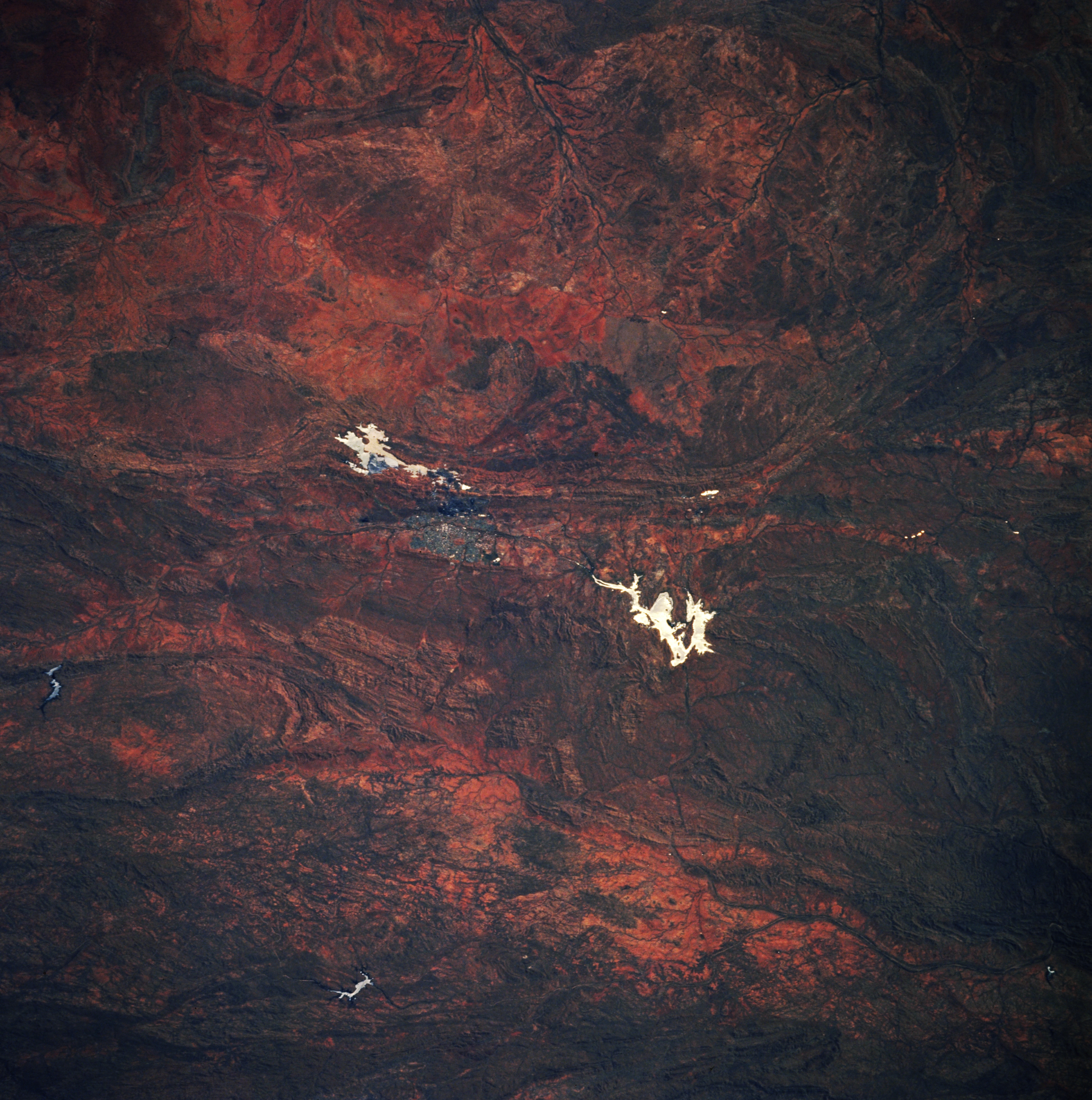 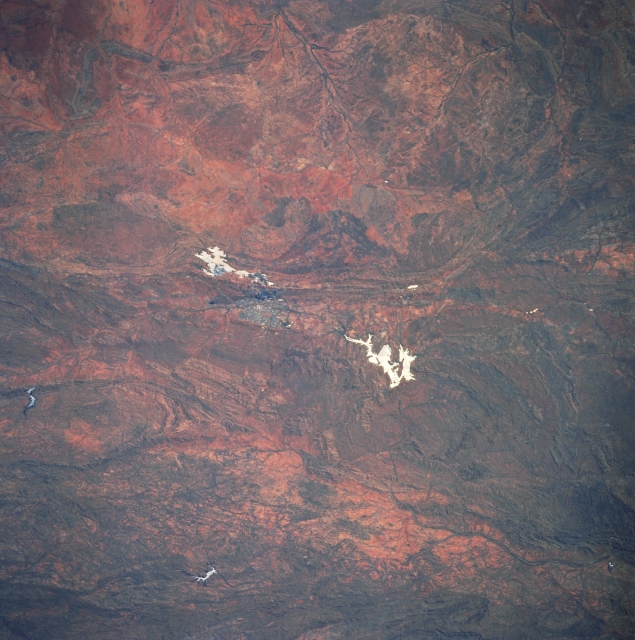 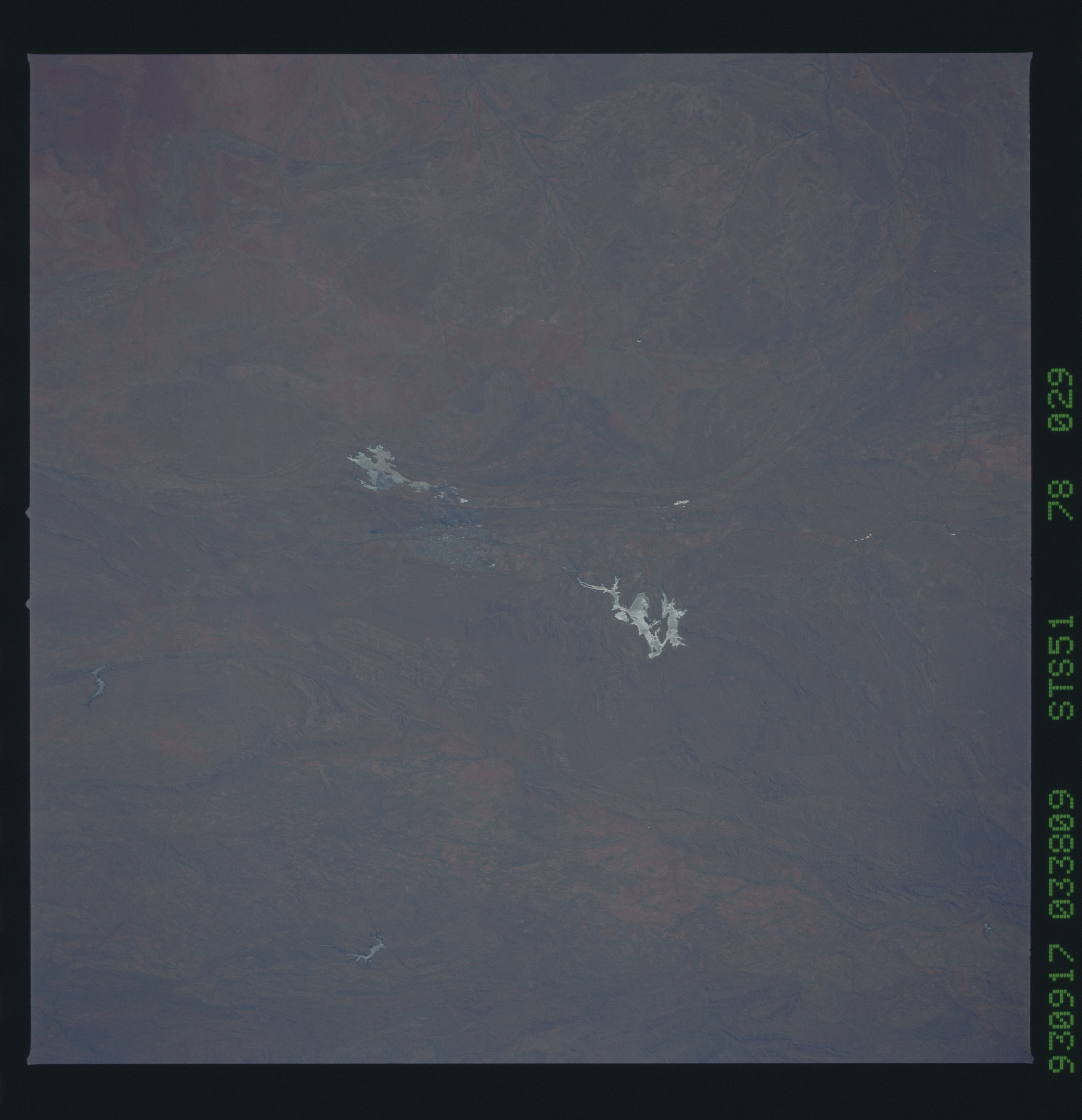 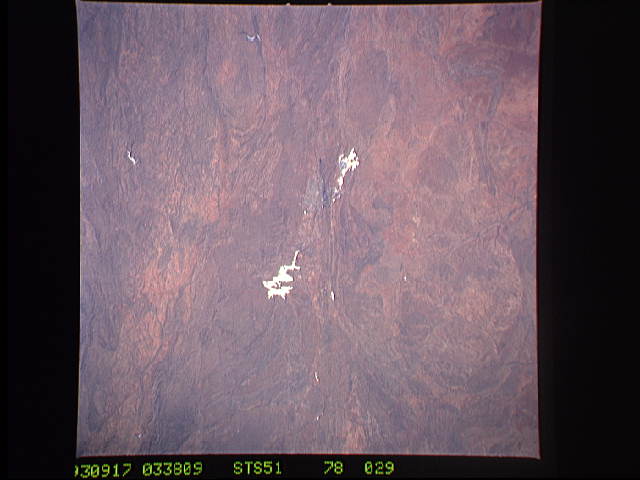 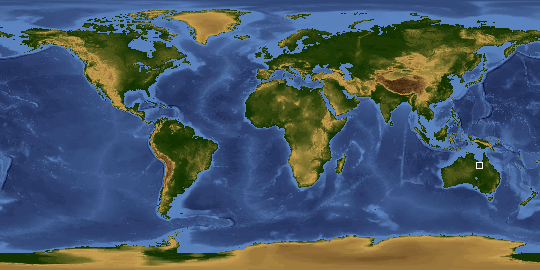 Other options available:
Download Packaged File
Download a Google Earth KML for this Image
View photo footprint information
Image Caption: STS051-078-029 Mount Isa Area, Queensland, Australia September 1993
The two highly reflective features (irregular-shaped, white in color) are sizeable water reservoirs that are located near Mount Isa in west central Queensland. The larger feature (left of center), Lake Moondarra, is one of the main sources for water for Mount Isa which is located 10 miles (16 kilometers) south of the lake. A smaller water reservoir (another irregular shaped, white feature) is visible southwest of Mount Isa. These two bodies of water stand out in marked contrast with the surrounding arid environment because of the sun's reflection off of the water's surface, a phenomena known as sun glitter or sunglint. The rugged mountainous and hilly terrain can be identified as the slightly darker landscape. Mining of silver and lead are the major minerals extracted from the mountains and some copper and zinc are also mined. The drainage feature northeast of Lake Moondarra is the headwater region of the Leichhardt River which eventually empties into the Gulf of Carpentaria; while the drainage system towards the bottom of the picture are tributaries of the Flinders River drainage basin. It is a little known fact that the city of Mount Isa has the largest area of any city in the world--covering an area larger than Switzerland (15400 square miles--40000 square kilometers).