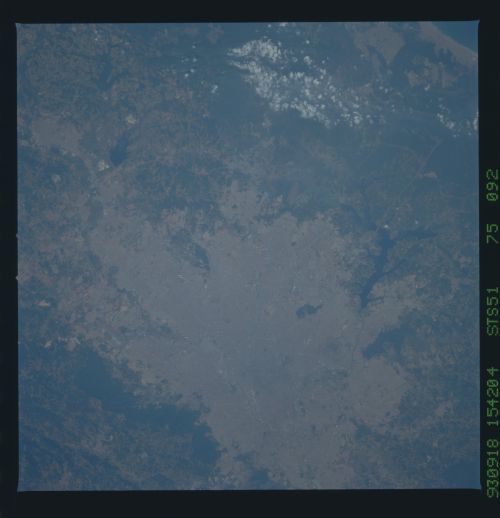 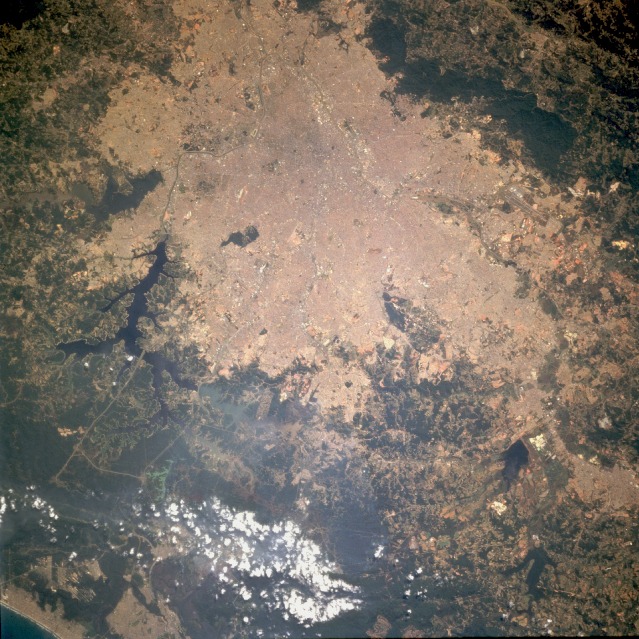 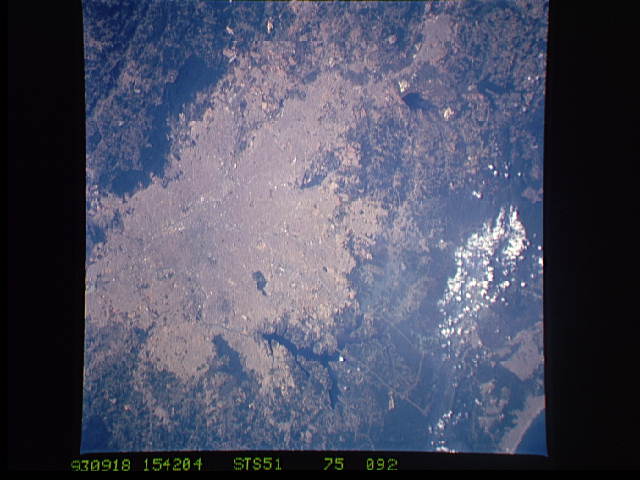 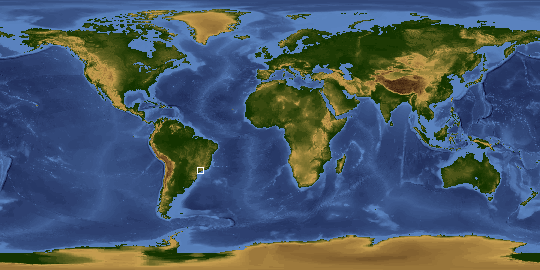 Other options available:
Download Packaged File
Download a Google Earth KML for this Image
View photo footprint information
Image Caption: STS051-075-092 Sao Paulo, Brazil September 1993
Sao Paulo, an ultramodern city with more than 20 million people, is the most dynamic and progressive city in South America. Exceeded only by Tokyo and Mexico City, Sao Paulo is the world's third largest concentration of population. Its tropical climate is moderated by its altitude of 2700 feet (824 meters). An indepth identification of much of the city's infrastructure is impossible on this scale; however, several features are visible--Guarulhos International Airport with it parallel runways near the northern edge of the photograph; two smaller airports within the city; a band of commercial structures along the Tiete River (east-west orientation through the northern third of the city); Billings Reservoir, the larger dark body of water along the southern edge of the city; smaller dark reservoirs south-southeast of the city; and the small Cantareira Mountains, trending east-west along the northern edge of the photograph. Separating Sao Paulo from the seaport of Santos are coastal mountains with several ridgelines that exceed 3500 feet (1065 meters).