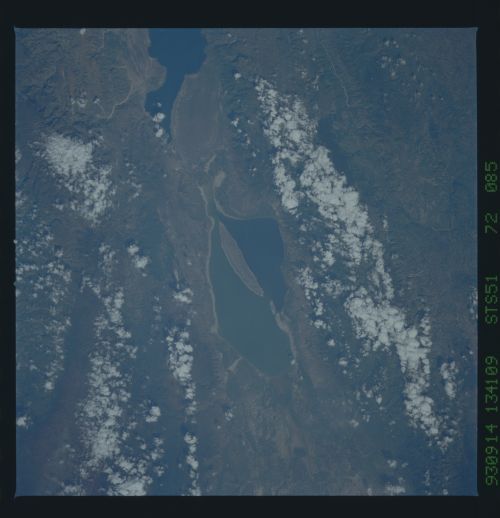 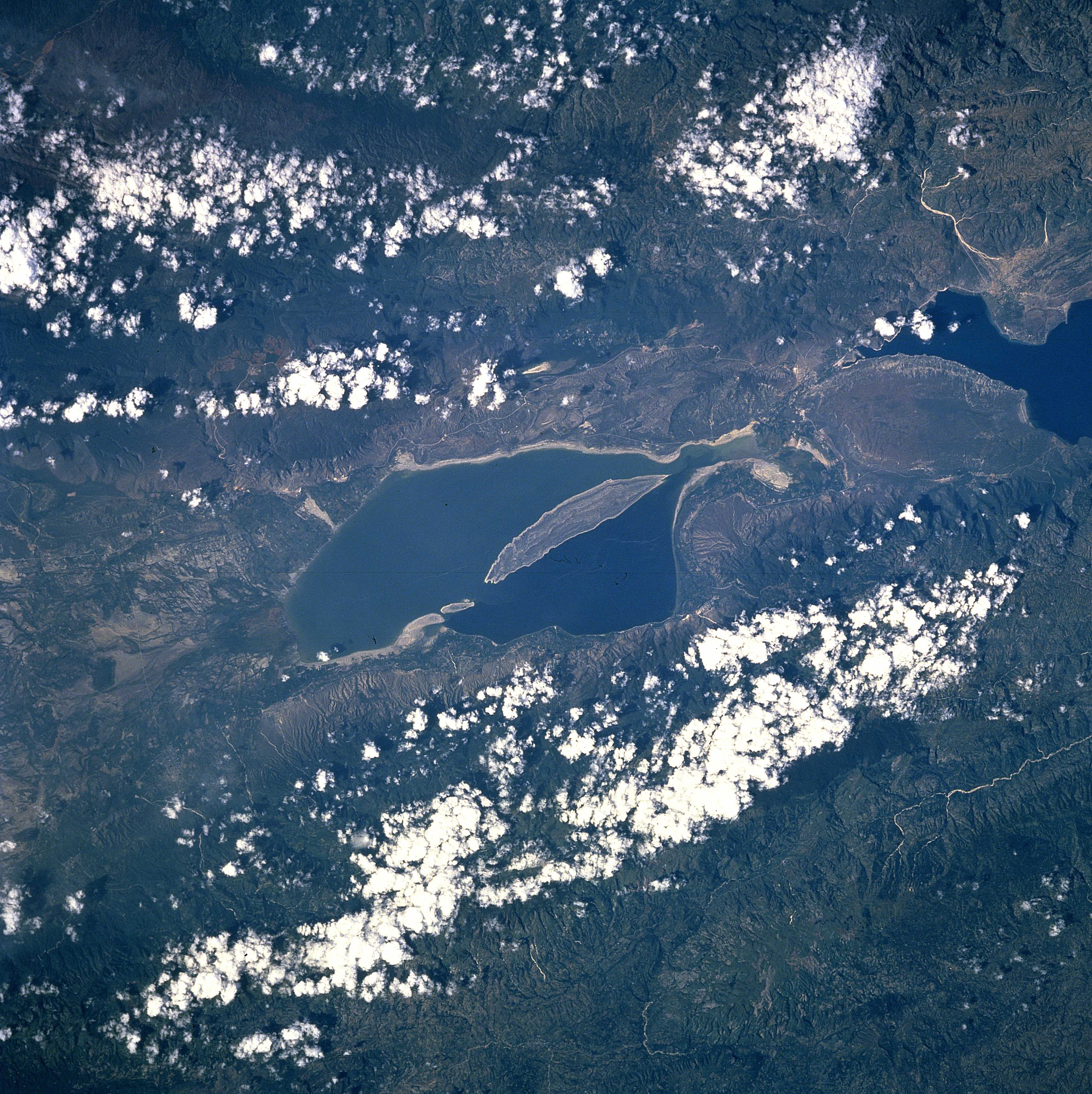 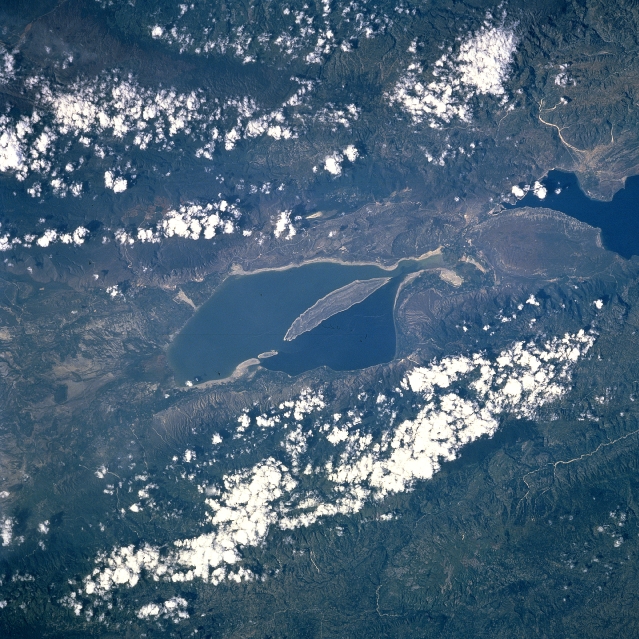 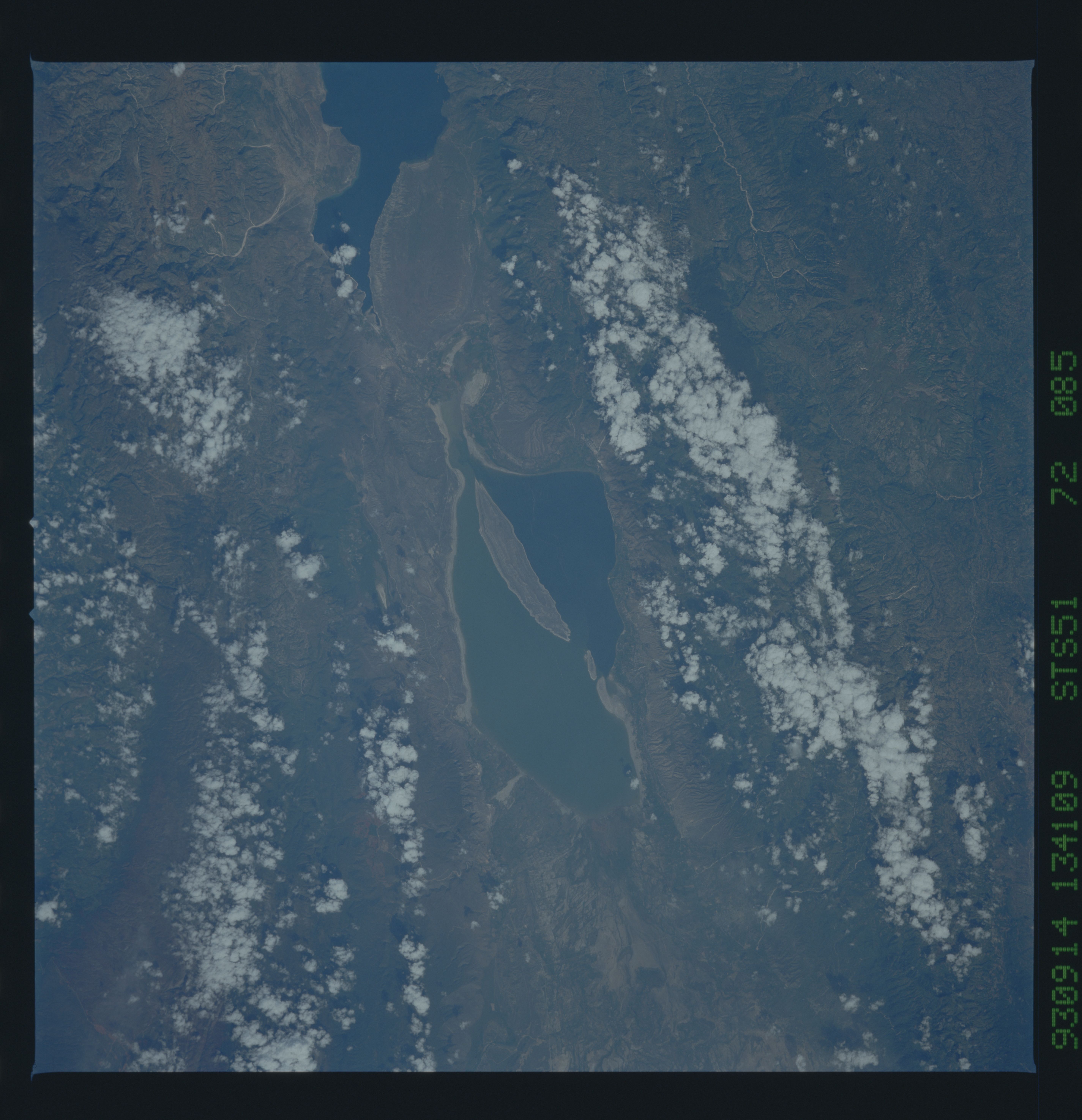 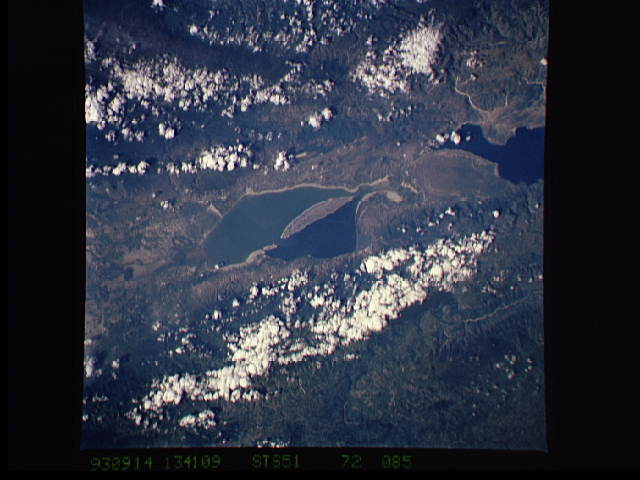 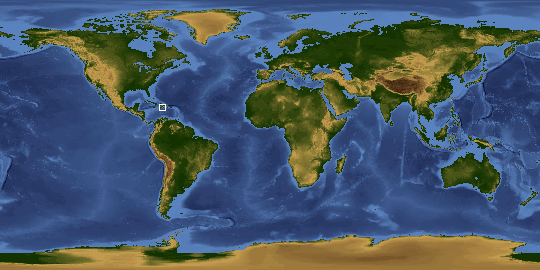 Other options available:
Download Packaged File
Download a Google Earth KML for this Image
View photo footprint information
Download a GeoTIFF for this photo
Image Caption: STS051-072-085 Lake Enriquillo, Dominican Republic September 1993
The only saltwater lake in the world inhabited by crocodiles, Lake Enriquillo can be seen in this near-nadir looking view. Lake Enriquillo is located in a rift valley that extends 79 miles (127 km) from Port-au-Prince Bay in Haiti in the west (not visible on the image) to near Neiba Bay in the Dominican Republic in the east (not visible on the image). The rift valley, a former marine strait, is 9 to 12 miles (15-20 km) wide. Known as the Cul-de-Sac Depression in Haiti and the Hoya de Enriquillo in the Dominican Republic, parts of the rift valley are below sea level and are covered by large salt lakes. Lake Enriquillo covers an area of 102 sq. miles (265 sq. km) and is the lowest point in the Caribbean falling 144 feet (44 meters) below sea level. Its drainage basin includes ten minor river systems. The rivers that rise in the Neiba Mountains to the north (lower center and lower right of the image) are perennial. Those rivers that rise in the Baoruco Mountains to the south (upper center and upper left of the image) are intermittent. Lake Enriquillo has no outlet. The lake's water level varies because of the high evaporation rate. Earthquakes in the region are common. Just above the right center of the image, the other salt lake in the rift valley, Etang Suamatre located in the country of Haiti, is visible.