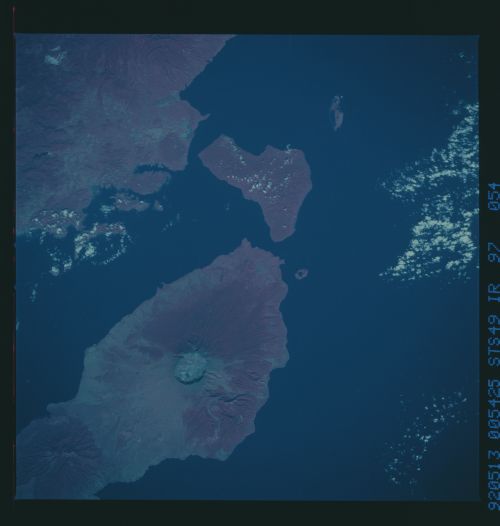 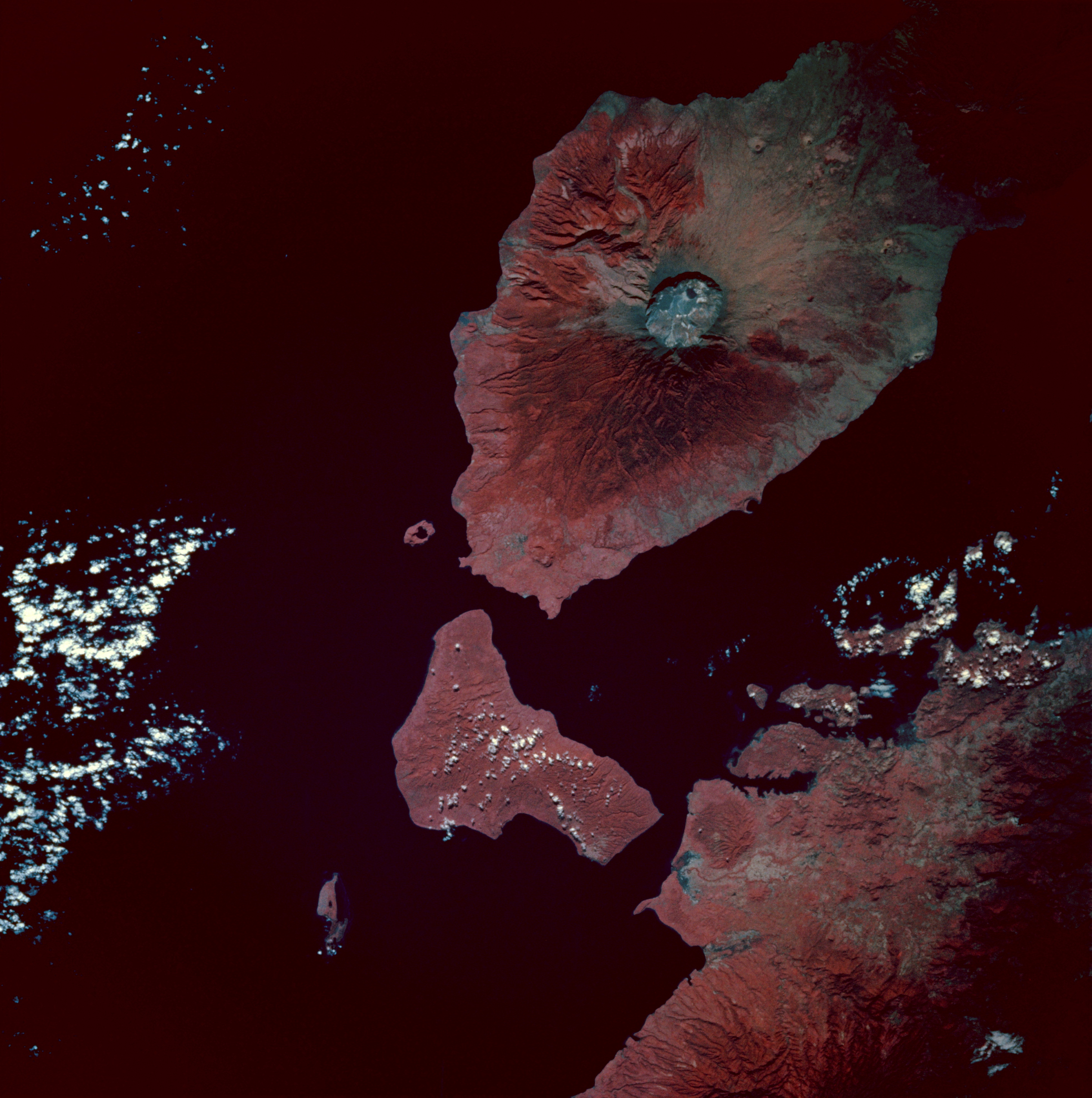 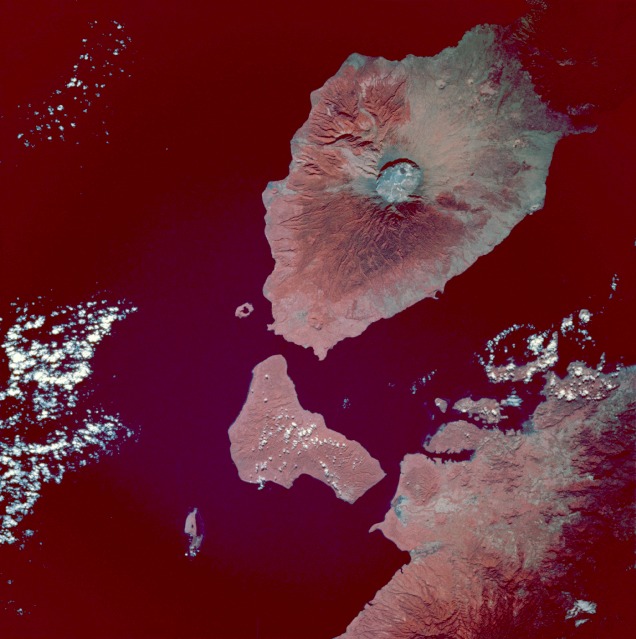 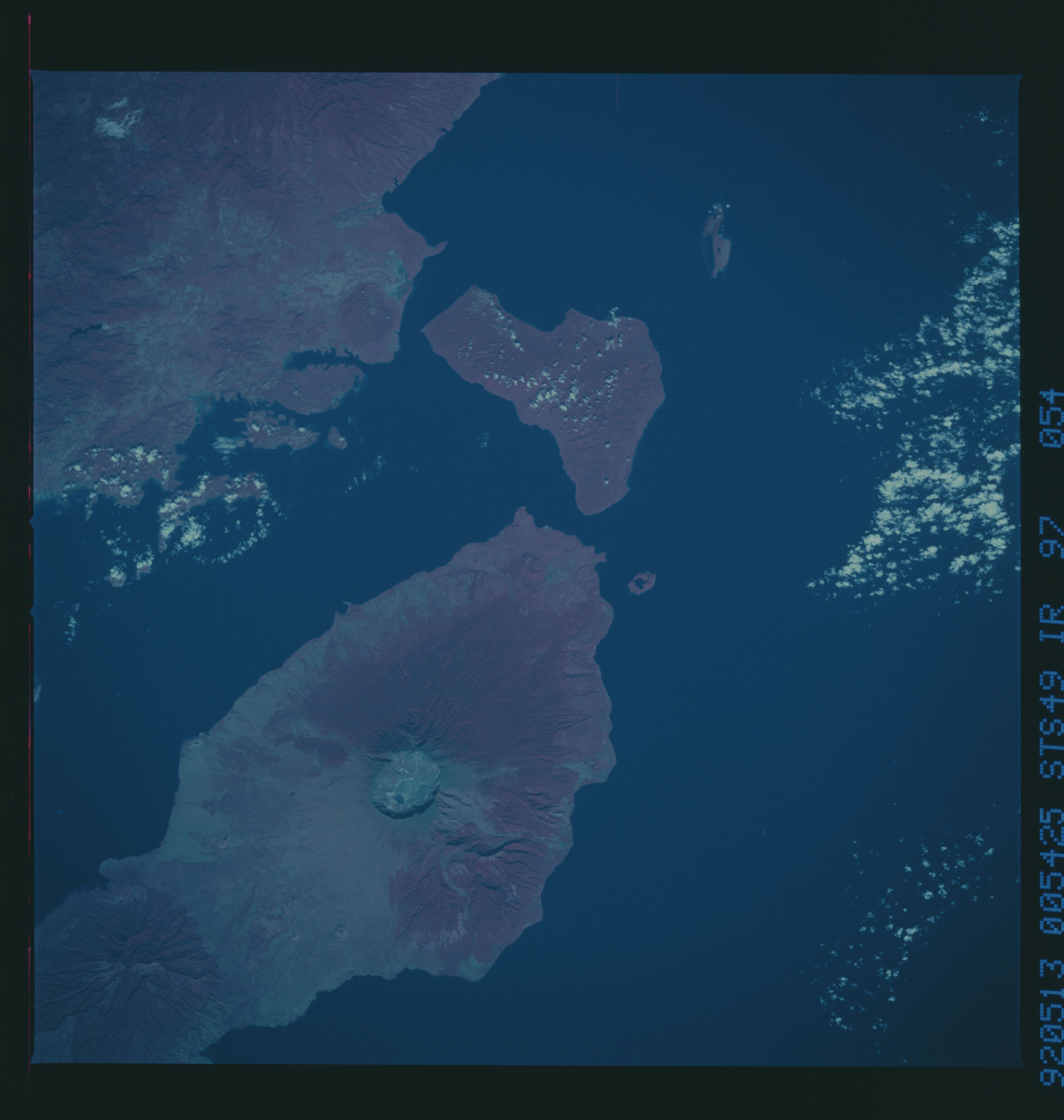 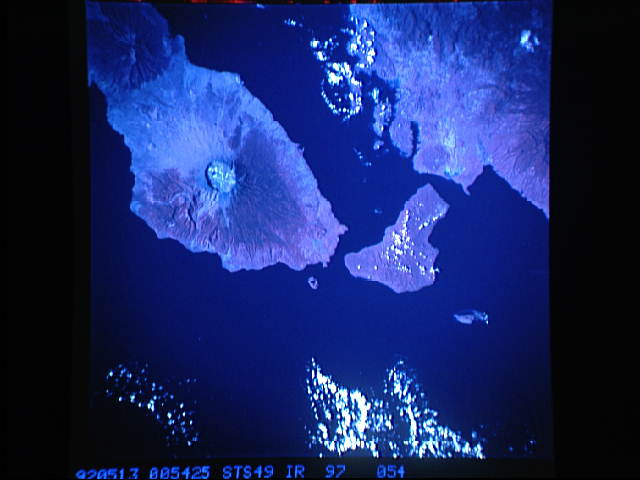 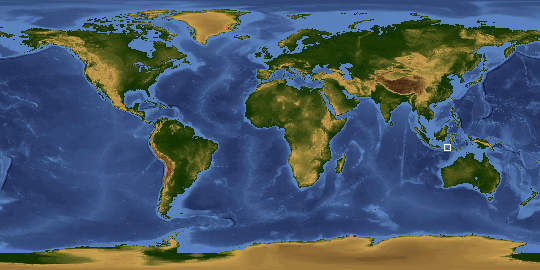 Other options available:
Download Packaged File
Download a Google Earth KML for this Image
View photo footprint information
Image Caption: STS049-97-54 Tambora Volcano, Sumbawa Island, Indonesia May 1992
The most striking geologic feature in this photograph is the large circular Tambora Volcano caldera, the diameter of which is slightly more than 3 miles (5 kilometers). Prior to the disastrous eruption of 1815 when the volcano blew away most of its top, Tambora's summit was approximately 13 000 feet (4000 meters) above sea level. The present elevation of the caldera rim is more than 9000 feet (2700 meters) above sea level. Many geologists and volcanologists rank the 1815 eruption among the 10 most explosive eruptions of the modern era. Tambora, a classic stratovolcano with steep slopes and a symmetrical shape, is located on the north-central coast of Sumbawa Island, Indonesia, which is bordered on the north by the Flores Sea and on the southwest by Teluk Saleh Bay. Color infrared film, which displays green vegetation in varying shades of red, accentuates the distribution patterns of dense tropical vegetation surrounding the volcano and other land areas in the photograph.