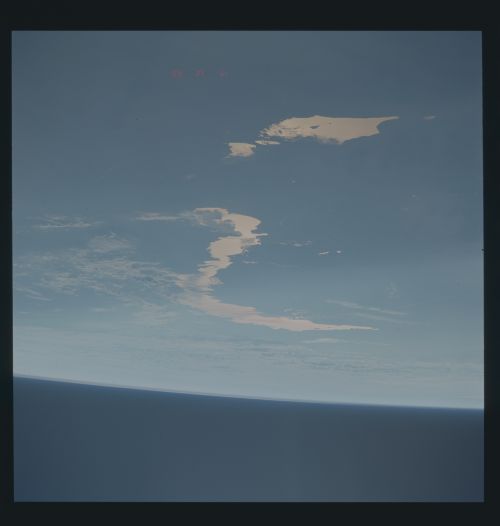 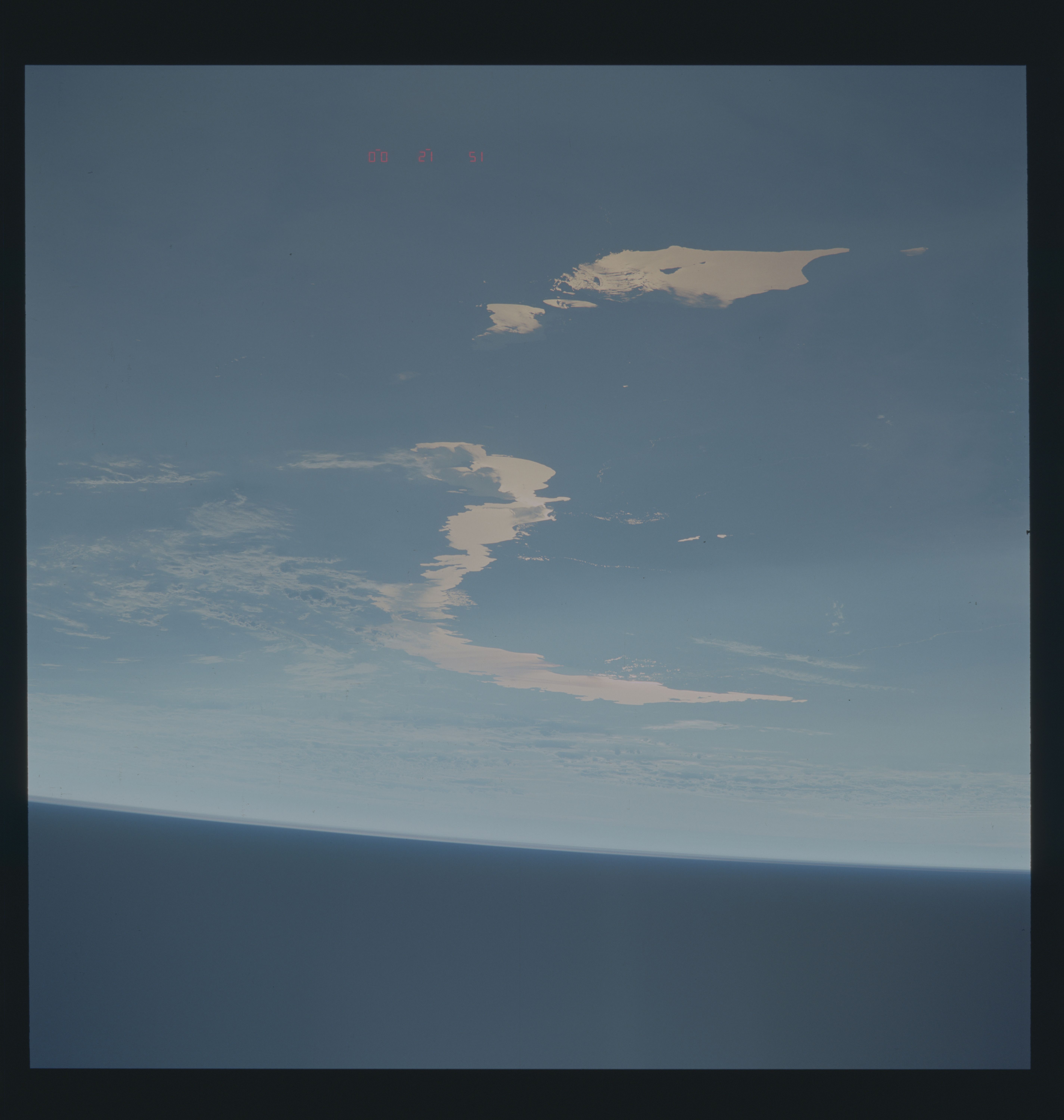 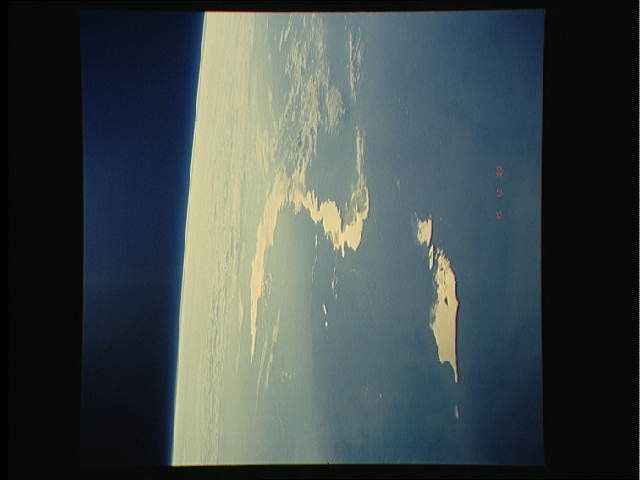 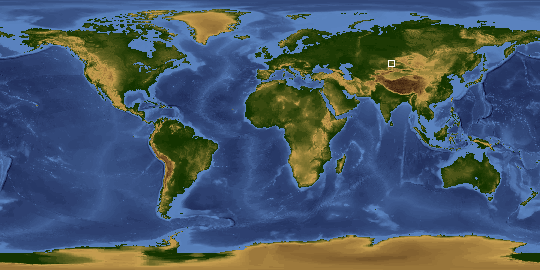 Other options available:
Download Packaged File
Download a Google Earth KML for this Image
View photo footprint information
Download a GeoTIFF for this photo
Image Caption:
S48-614-52: Lake Balkhash, USSR, seen from east to west. Essen-
tially looking from the Takla Makan and Pamirs looking back to-
ward the Syr Dar'ya Valley. What is this stuff there? Darned if
I know, no ground data. Is it smoke from the Kuwaiti hellfires?
Perhaps to some extent. Urban pollution, almost assuredly not.
Alms Ata is the biggest city around the joint here, and it's most
famous for delicious apples, ladies, and the old Soviet Olympic
training camp. Is it haze from Pinatubo? Partially I suspect.
Is it the result of burning slopping smoke over the Himalayas to
the south? I find that concept a bit mind-boggling. Is it the
result of the normal Chinese pall resulting from their awful
burning of animal dung, soft coal, peat, and just exhaling from
too many bodies? To some extent I imagine. Regardless of the
cause(s) (and it should be thought of as causes), this pall
stretched from coastal China through the entire Yangtze and Hwang
Ho Basins, across the Folded Ranges and Himalayas into Afghanis-
tan and Pakistan. The area covered by the pall was no less than
3.3 million square miles (conservative estimate). This area esti-
mate makes this the largest contiguous atmospheric pall ever do-
cumented during the Space Shuttle Program. The 1988 Canadian
forest fire smoke pall was about 2.5 million square miles; most
Amazonian smoke palls run about 1-2.5 million square miles.