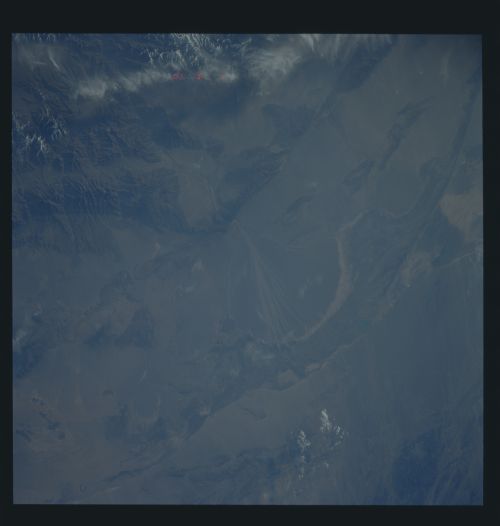 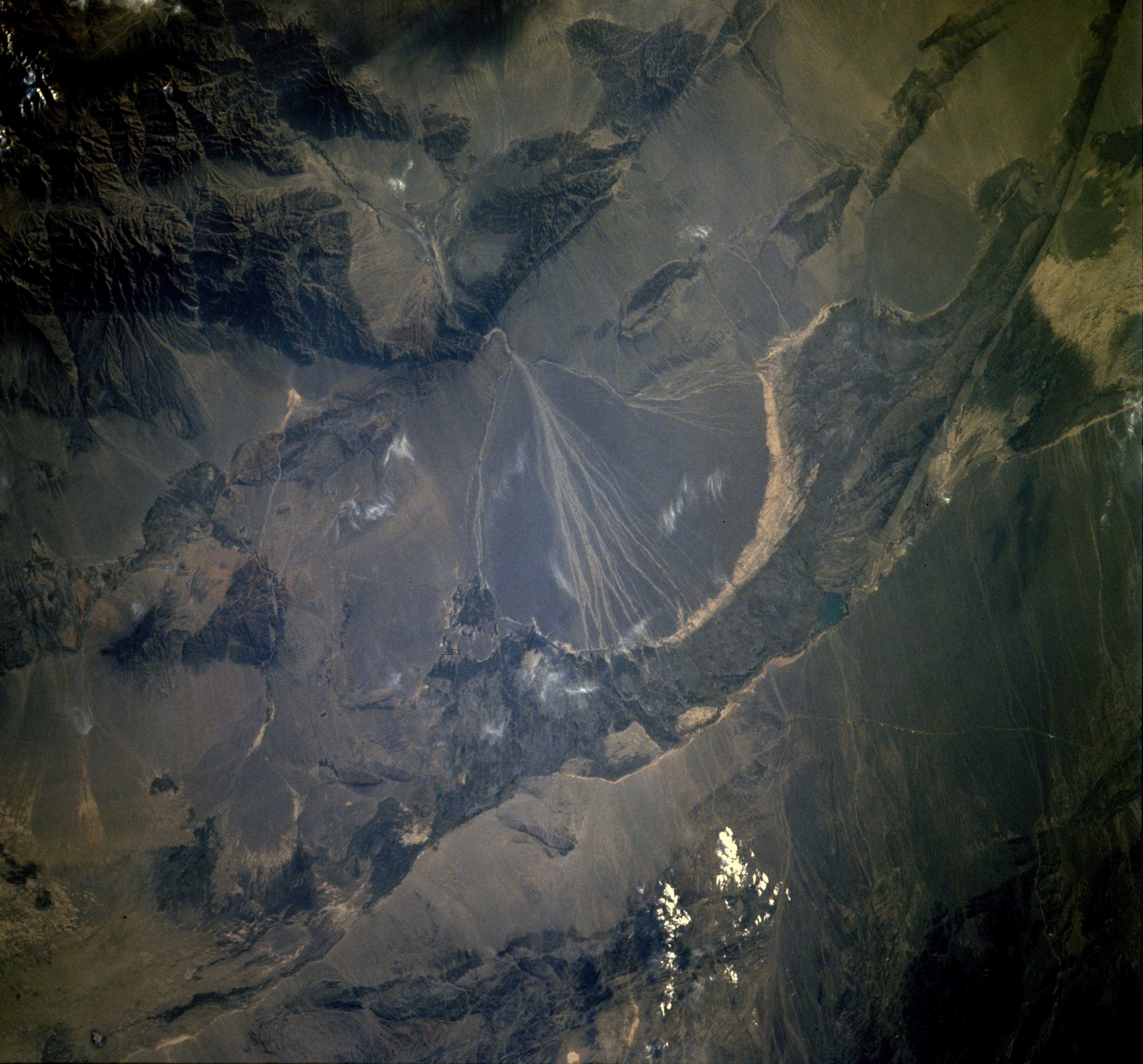 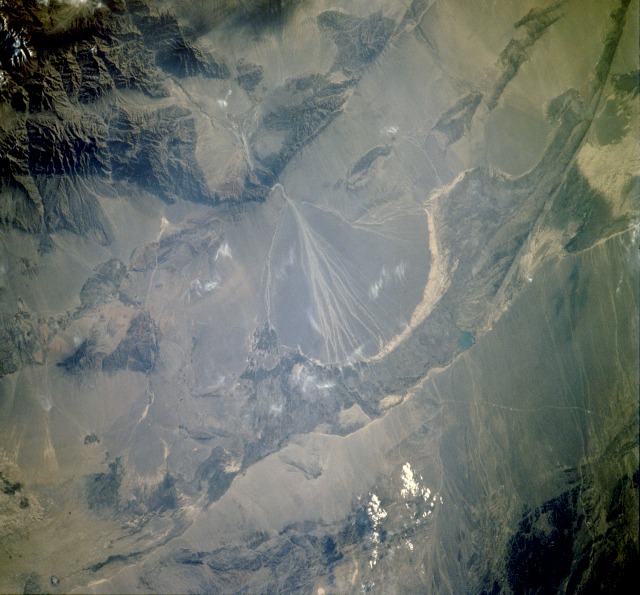 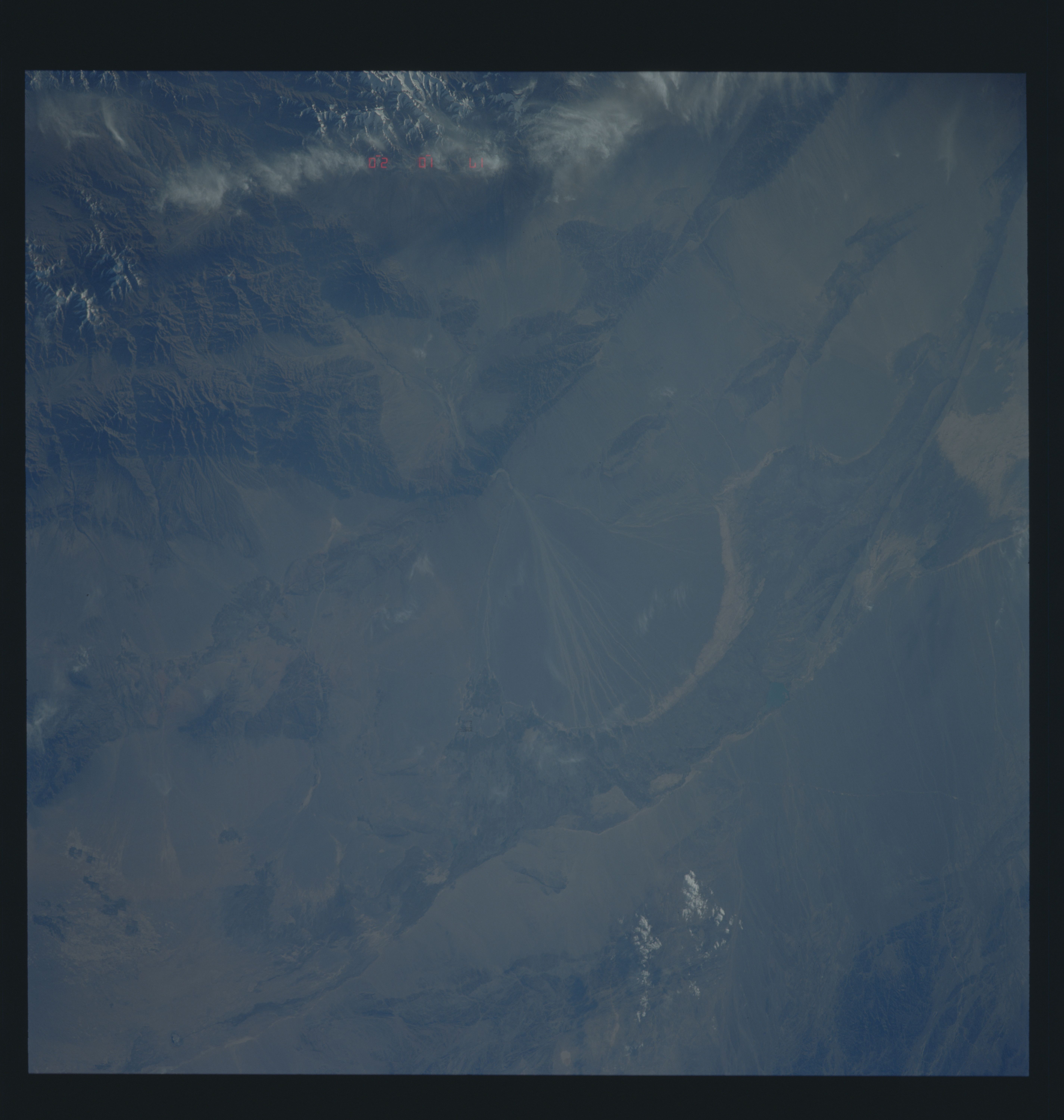 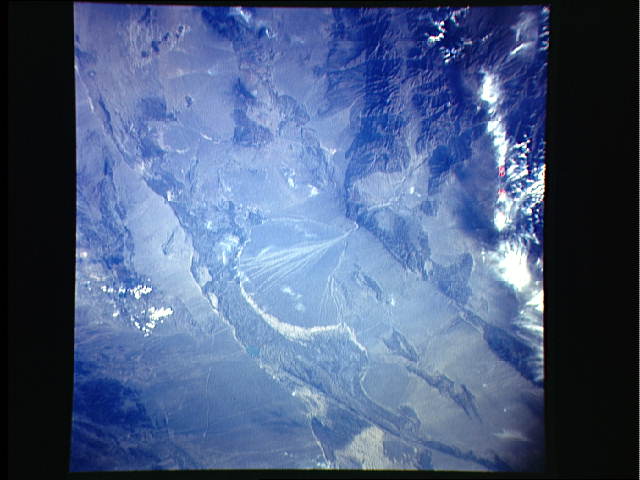 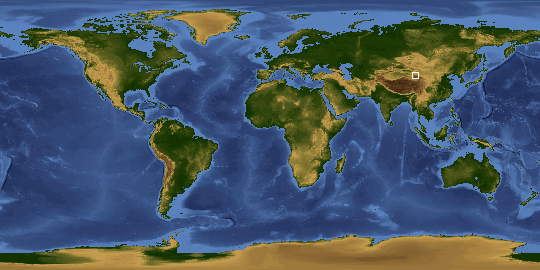 Other options available:
Download Packaged File
Download a Google Earth KML for this Image
View photo footprint information
Download a GeoTIFF for this photo
Image Caption: STS048-610-34 Alluvial Fan, Gansu Province, China September 1991
Alluvial fans, cones of sand and gravel, are commonplace in arid-to-semiarid mountain environments. This photograph shows an almost classic alluvial fan, approximately 50 miles (80 kilometers) at its base, west of Yumenzhen in Gansu Province, which borders the southern edge of the Gobi Desert. The northwestern end of the Qilian Mountains is southeast of this large fan. These fans are built by intermittently flowing streams carrying coarse rocks that have been eroded from a mountainous or upland area. Although the braided channels downstream shift constantly, the apex of this fan is fixed at the mouth of a canyon. As the downstream channels switch back and forth, the sweeping action produces the semicircular shape. Near the base of the large fan lies the Hexi Corridor, a narrow ground transportation corridor that contains a road and a railroad whose exact locations are difficult to see because of the scale of the photograph and the lack of contrast in the desert.