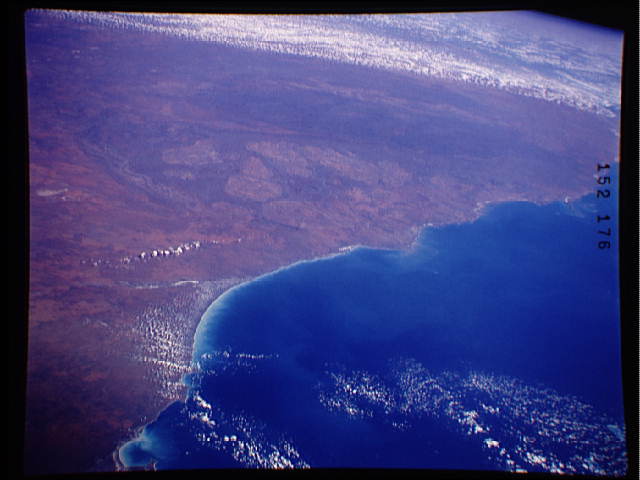 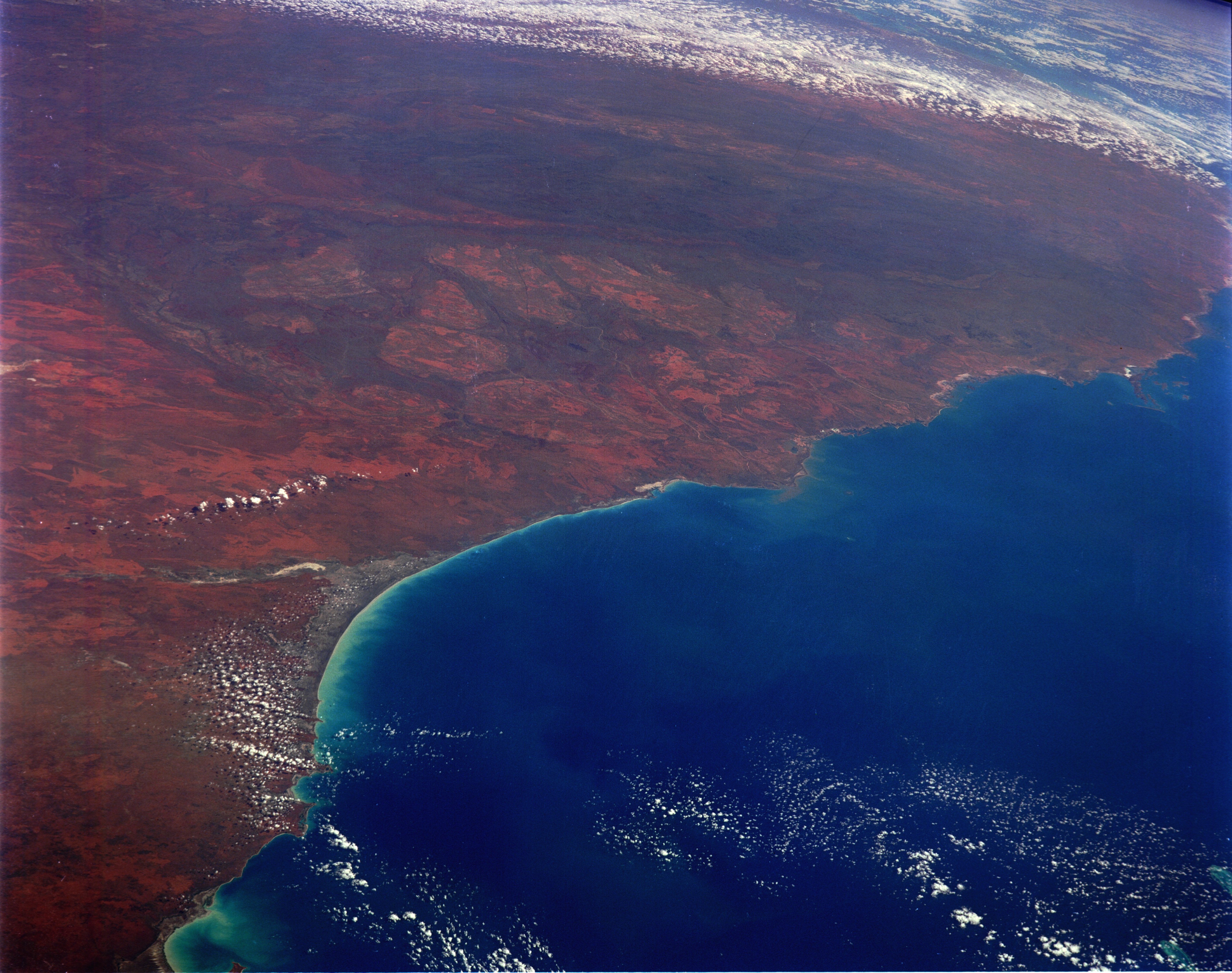 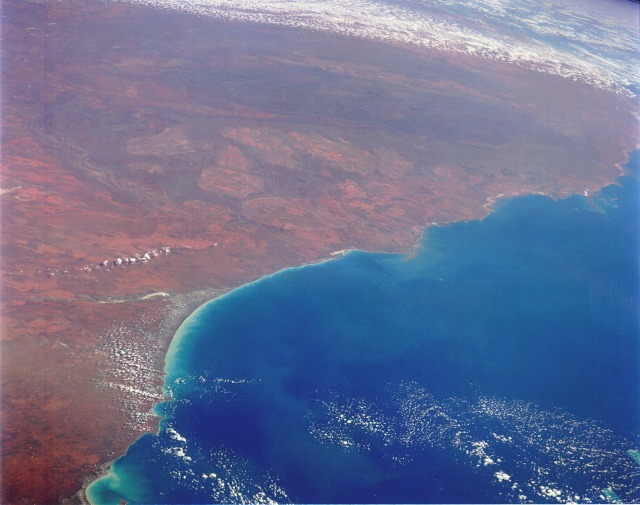 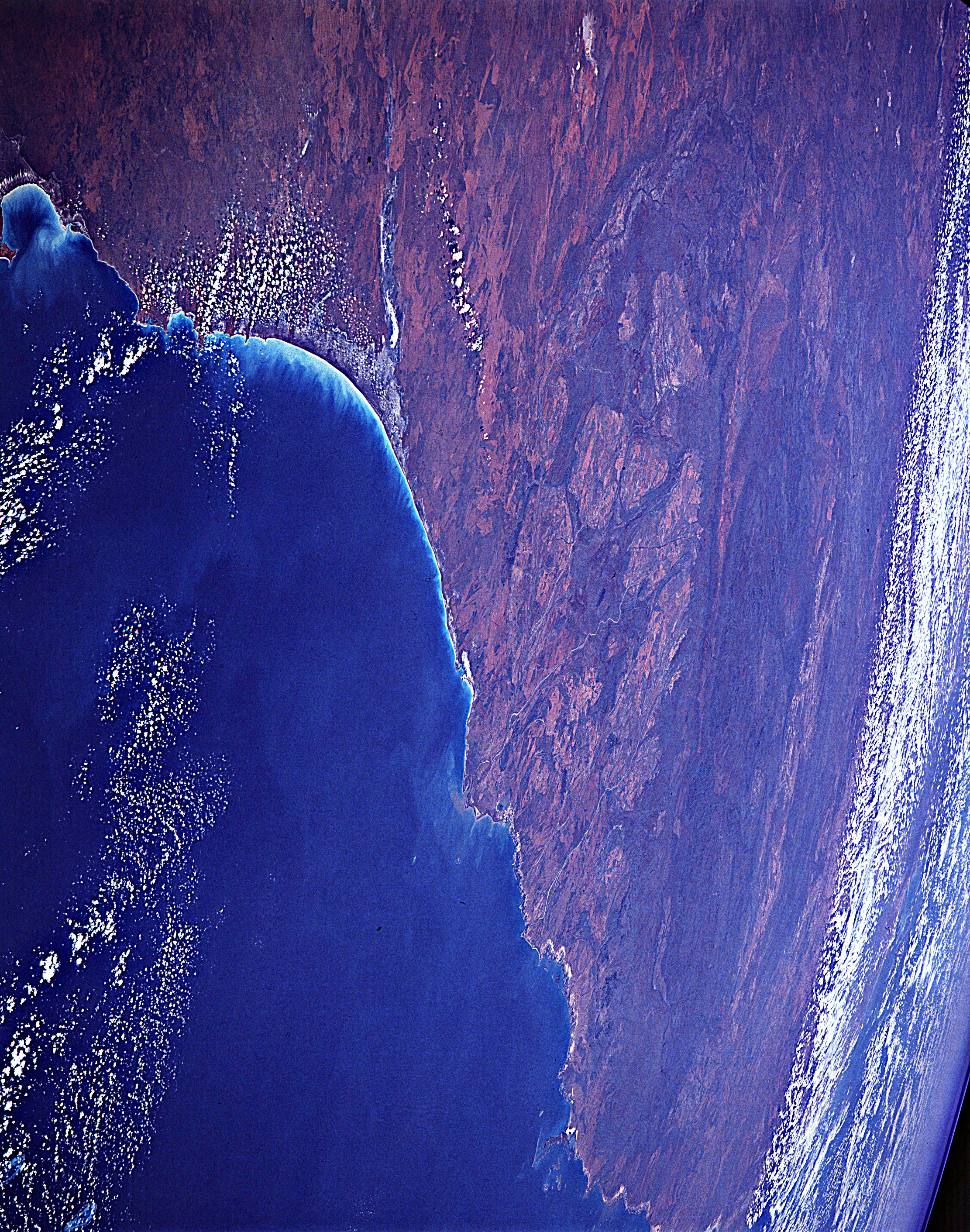 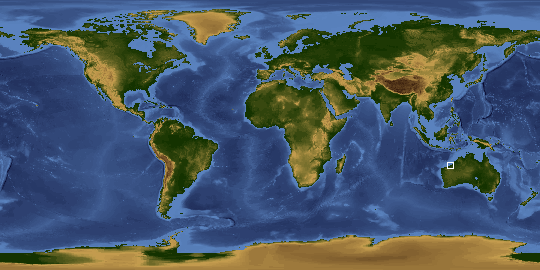 Other options available:
Download Packaged File
Download a Google Earth KML for this Image
View photo footprint information
Image Caption: STS048-152-176 Northwest Coast, Western Australia, Australia September 1991
The arid-to-semiarid, reddish-brown landscape characterizes the northwest region of Western Australia. Only major landforms and some interior features are visible in this high-oblique, southwest-looking photograph of the coastal area. The darker, elongated feature near the south portion of the photograph is the Hamersley Range of northwest Australia. Although the Hamersley Range is relatively low--generally less than 4000 feet (1200 meters) above sea level--it is a formidable physical barrier to ground transportation across the region. A considerable amount of iron ore mining takes place in the Pilbara area of northwestern Australia in the Hamersley Range and in the hilly areas between the coast and the mountains. The western edge of the Great Sandy Desert, with its single, narrow line of dry (salt) lakebeds, is visible along the east side of the photograph. The very smooth shoreline is Eighty Mile Beach, just west of which is a sizable delta formed by several north-flowing rivers (most notably, the Shaw and the De Grey). Port Hedland, the major city along this part of the Australian coastline, is barely visible west of the delta.