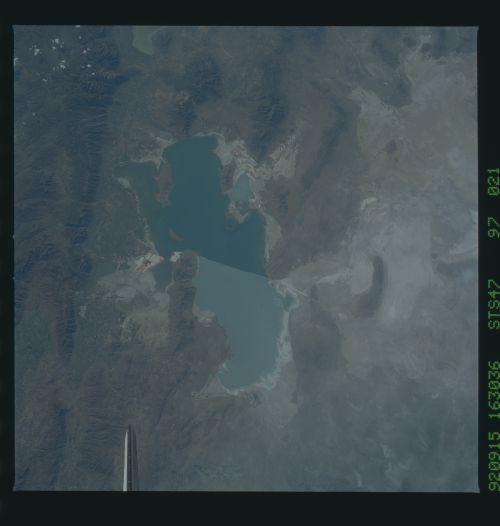 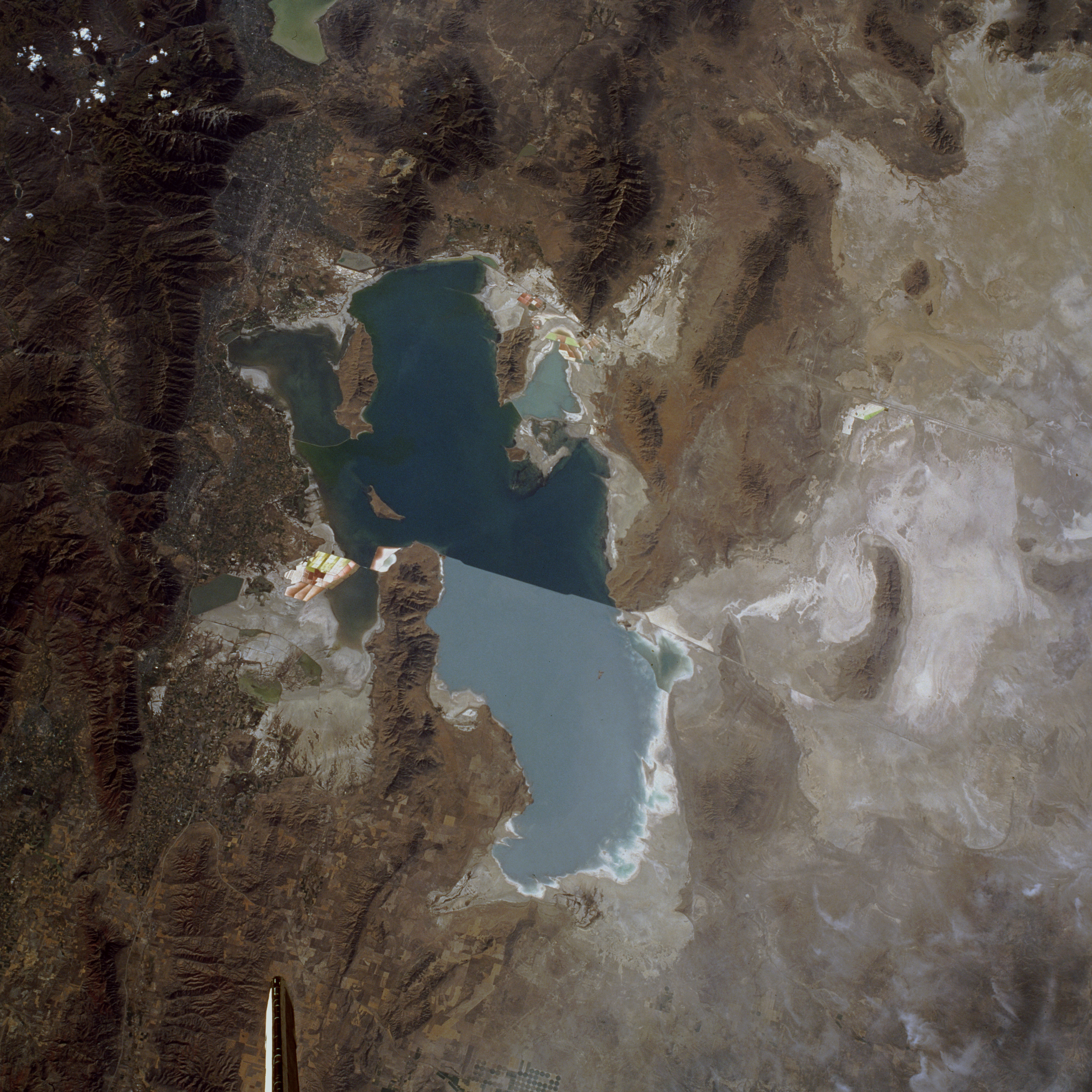 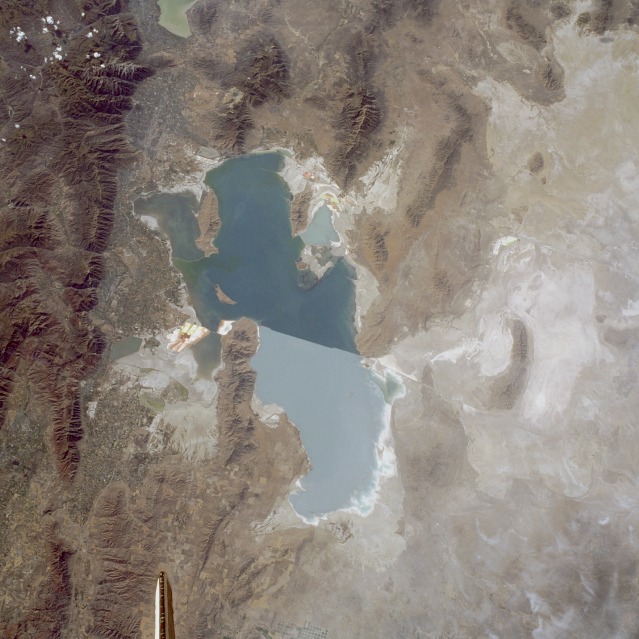 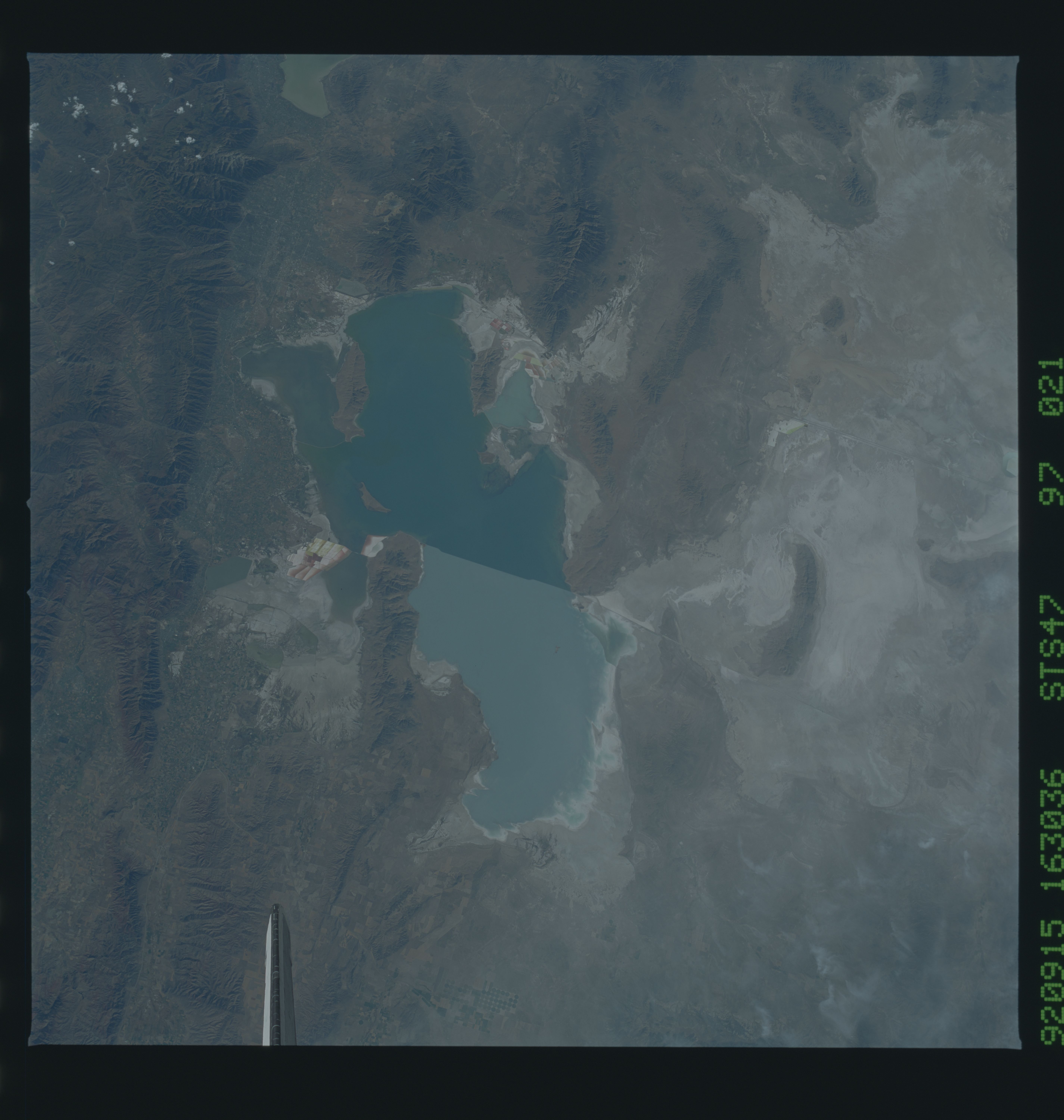 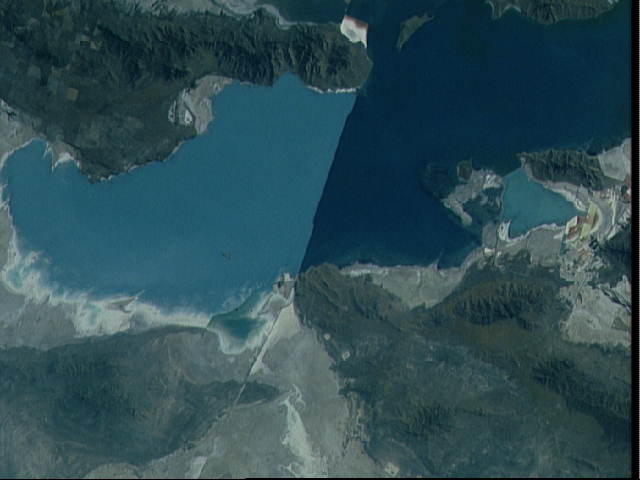 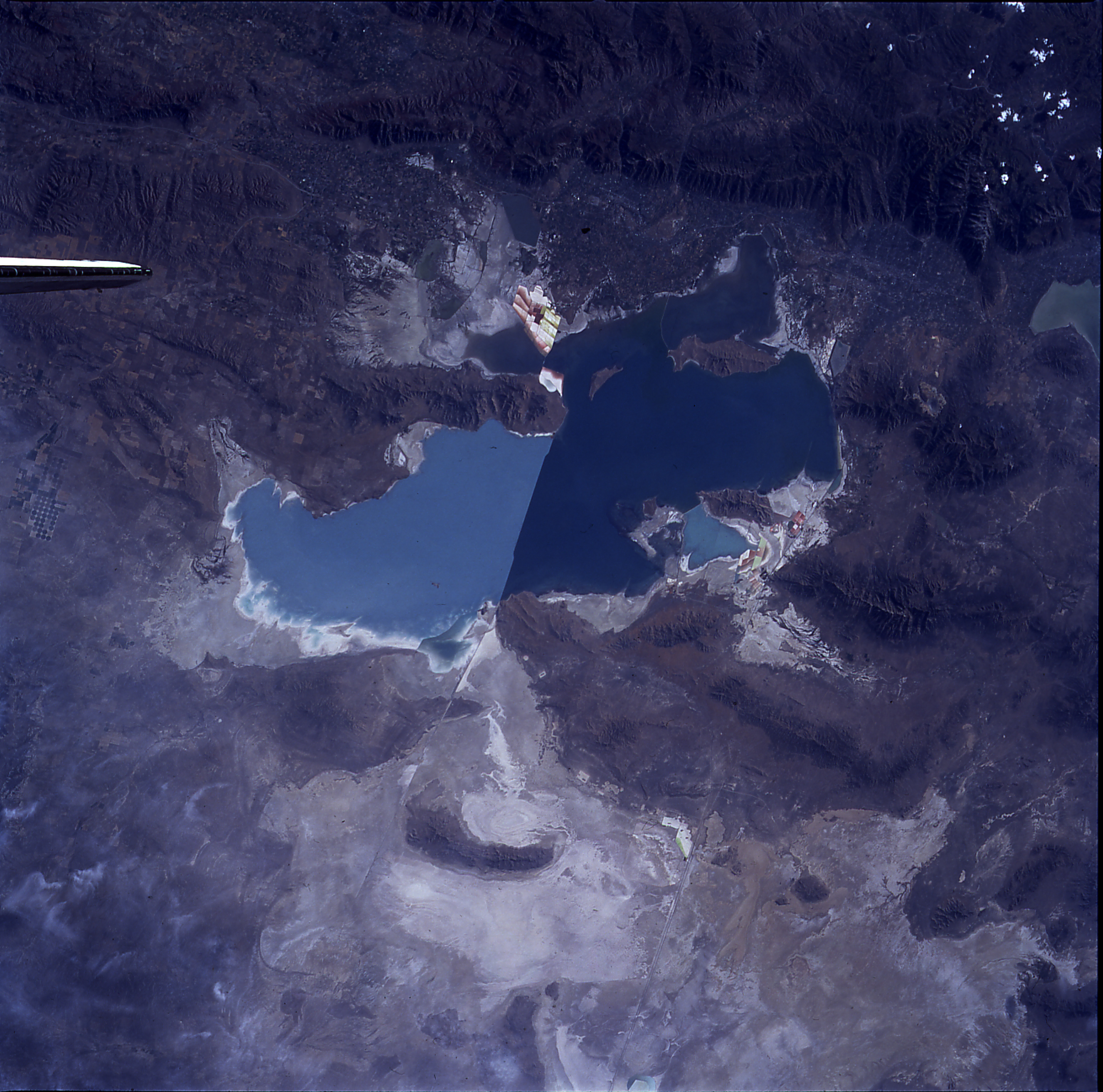 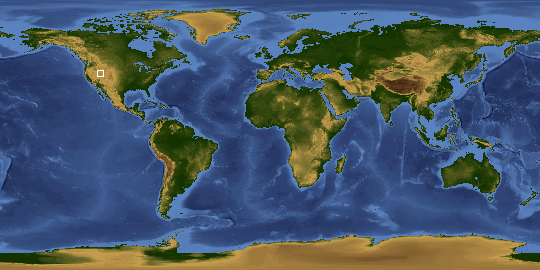 Other options available:
Download Packaged File
Download a Google Earth KML for this Image
View photo footprint information
Image Caption: STS047-097-021 Great Salt Lake, Utah, U.S.A. September 1992
This near-vertical photograph shows the Great Salt Lake of northern Utah, the largest salt lake in North America. With an area of more than 2000 square miles (5180 square kilometers), the Great Salt Lake is approximately 83 miles (134 kilometers) long and 51 miles (82 kilometers) wide. The average depth of the lake is 13 feet (4 meters); however, in the southern portion, depths reach 35 feet (11 meters). The lake is divided by a railroad bed that traverses the lake east-west near its center. The difference in the colors (dark blue to the south and light blue to the north of the railroad bed) is due to the depth and salinity. The railroad bed, which restricts the flow of water from one part of the lake to the other, causes the northern portion to be shallower and have a higher concentration of salt. The lake is fed by three separate rivers coming from the Wasatch Mountain Range to the east, but it has no drainage outlet. The Great Salt Lake varies in size and depth from year to year depending on rainfall. The lake is a remnant of the prehistoric Lake Bonneville, which covered an extensive area of the Great Basin and was once more than 1000 feet (300 meters) deep. The Great Salt Lake Desert west of the lake was part of this prehistoric lake. Other features visible in the photograph include the forested Wasatch Mountain Range. Many cities are visible between the mountains and the lake, including Salt Lake City, which is south-southeast of the lake. The northern portion of sediment-laden Utah Lake south of Salt Lake City is also visible in the photograph.