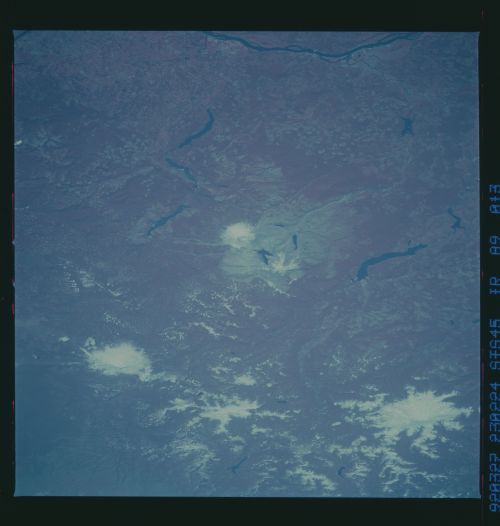 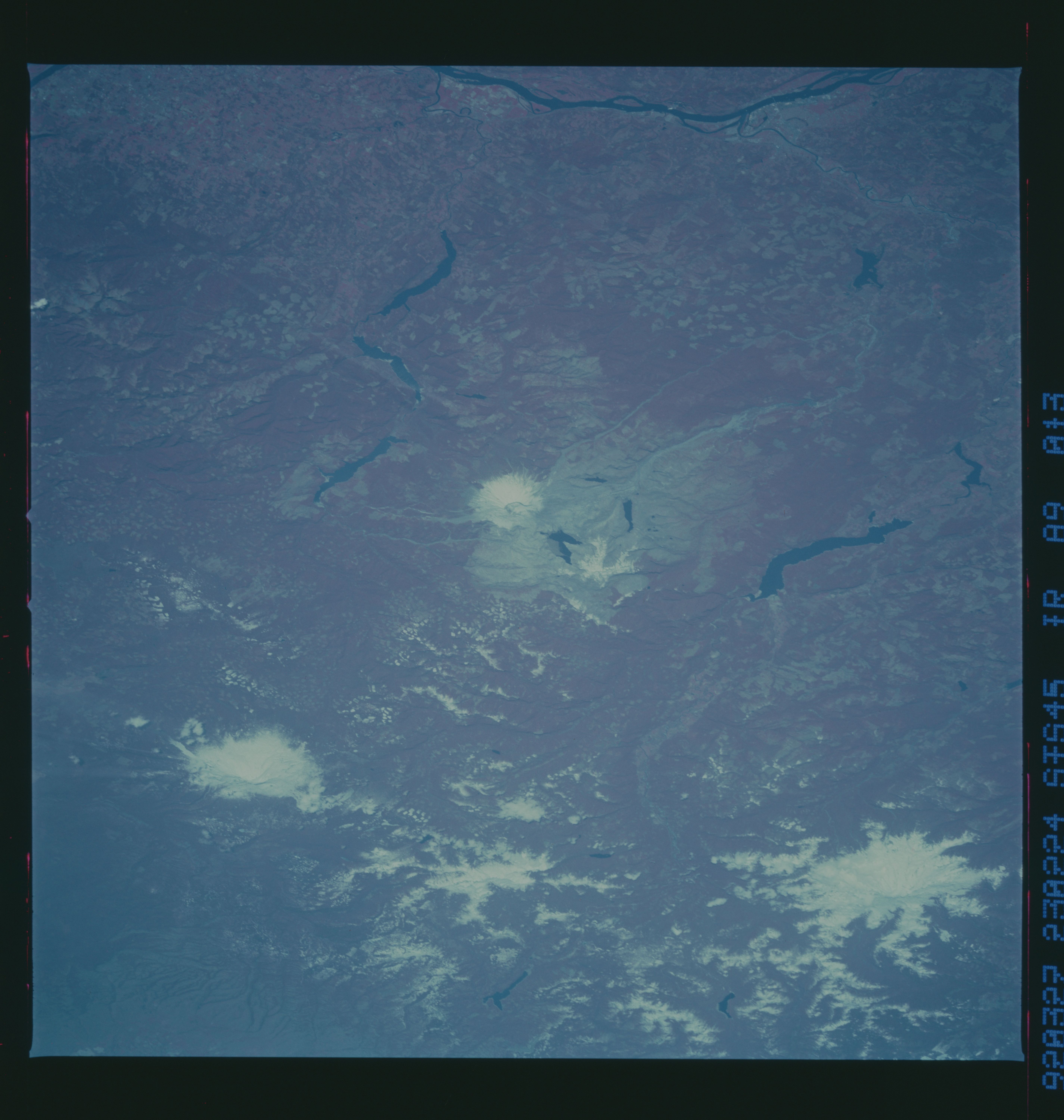 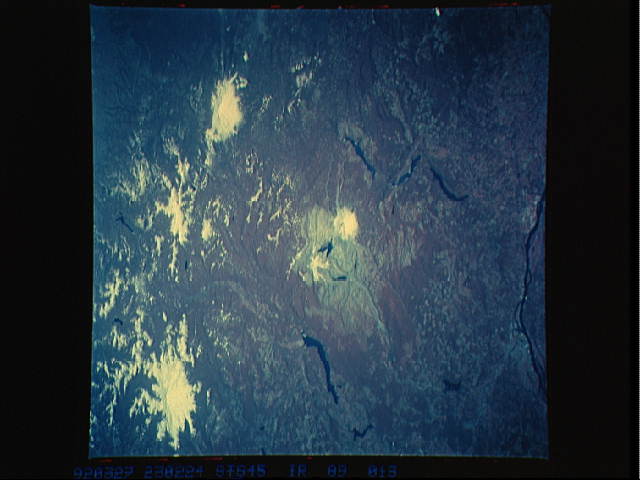 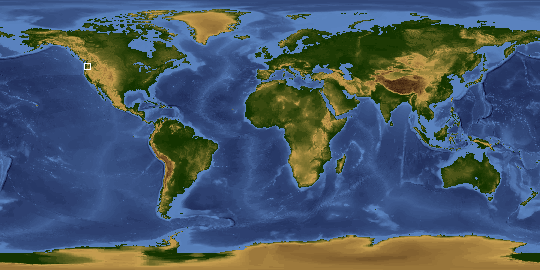 Other options available:
Download Packaged File
Download a Google Earth KML for this Image
View photo footprint information
Image Caption:
Mt. St. Helens, Mt. Rainier, and Mt. Adams (March 1992) view
looking NE in CIR: shows the blast zone from the volcanic erup-
tion in May 1980 of Mt. St. Helens (center of scene). Trees,
planted by Weyerhouser Company cover the NW portion of the origi-
nal blast zone. Due to the late wintertime scene, most of the
deciduous trees with the National Park boundaries are not yet
visible. Mt. Rainier is visible in the upper left portion of the
photograph. Mt. Adams is visible in the upper right portion of
the photograph. (S45-89-013)

STS045-89-013: Mount St. Helens Volcano, Washington Mount St.
Helens volcano and its blast zone can be seen in this northeast-
looking view taken by the STS-45 crew in March 1992. Mount
Rainier (upper left) and Mount Adams (right) volcanoes are also
visible. The Columbia Plateau can be seen in the upper right-
hand corner of the view. The Columbia River is visible at the
bottom center of the view.

On May 18, 1980, at 8:32 p.m. PDT, Mount St. Helens erupted,
after being dormant for 123 years. Within minutes, the top 1300
feet of the mountain was gone. The lateral explosion toppled
trees with a searing, stone-filled wind blowing more than 250
mph, over an area covering more than 150 square miles, now called
the Rblast zone.S Clouds of volcanic ash formed a vertical
column which rose to heights of over 60 000 feet and drifted
eastward, circling the Earth in 15 days. The eruption claimed
the lives of 57 people, killed much wildlife, and destroyed a
vast area of forest.

The rate of return of wildlife and regeneration of vegetation
throughout the blast zone has been increasing, especially during
the past 5 years. A large lava dome fills the bottom of the vol-
canic crater, as the mountain begins to rebuild itself. Mount
St. Helens is part of the Pacific RRing of FireS and could erupt
again at any time.

Much of the area that was part of the blast zone from the May 18,
1980 eruption was privately owned land, not included when the
Federal Government designated the area around Mt. St. Helens to
become a National Monument. The area to the northwest of Coldwa-
ter Lake belongs to Weyerhauser Lumber Company and was planted as
tree farms in 1986. The region northeast of Spirit Lake in the
Clearwater Valley is also privately owned land. This area has
become a land management zone where experimentation of vegetation
types is underway. Vegetation in the blast zone around Spirt
Lake is mostly deciduous.

There are still floating logs on the surface of Spirit Lake, but
much of the timber sank to the bottom. Spirit lake has a maximum
depth of over 200 feet. The water has cleared and objects can be
seen from the surface to depths is excess of 20 feet.

The large dam, built on the north fork of the Toutle River, which
flows west toward the Colombia River from Mt. St. Helens, has
been completed. The dam was built to protect communities down-
stream from torrents of mud and ash that would be a problem
should the volcano erupt again. No dam was built on the south
fork of the Toutle River. Waters in this river have cleared, and
large quantities of game fish have returned.

A new Mt. St. Helens Visitor Center is being built just to the
west of Coldwater Lake. This center will be completed early in
1993. Another visitor center near Silver Lake, well west of Mt.
St. Helens, will remain open, but will emphasize world volcanoes,
including photographic displays and slide shows using Shuttle
Photography depicting volcanoes from around the world.


Mount St. Helens Volcano (46.0N, 122.0W) and its blast zone can be seen in this northeast looking infrared view. Mt. Rainier and Mt. Adams can also be seen in the near area. The Columbia River can be seen at the bottom of the view. When Mt. St. Helens erupted on 18 May 80, the top 1300 ft. disappeared within minutes. The blast area covered an area of more than 150 sq. miles and sent thousands of tons of ash into the upper atmosphere.