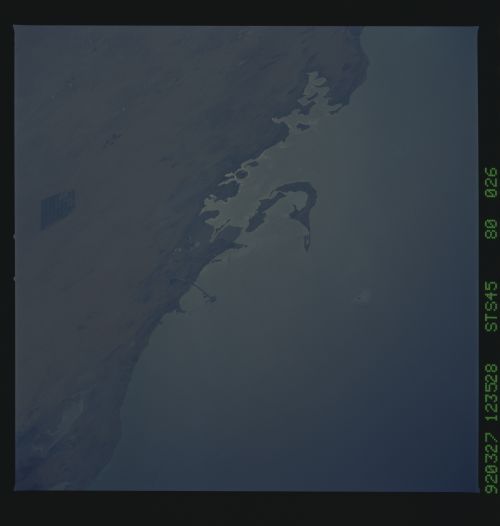 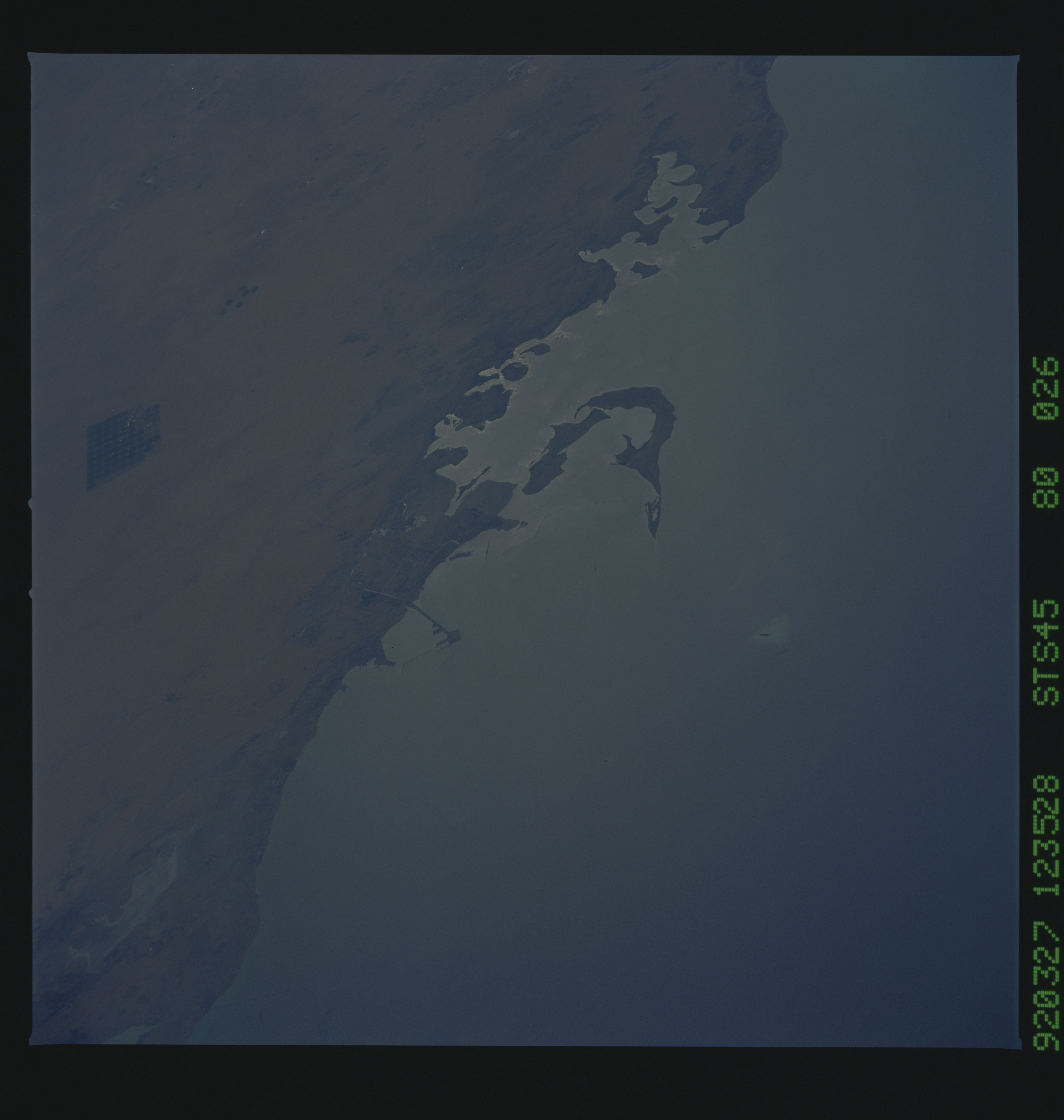 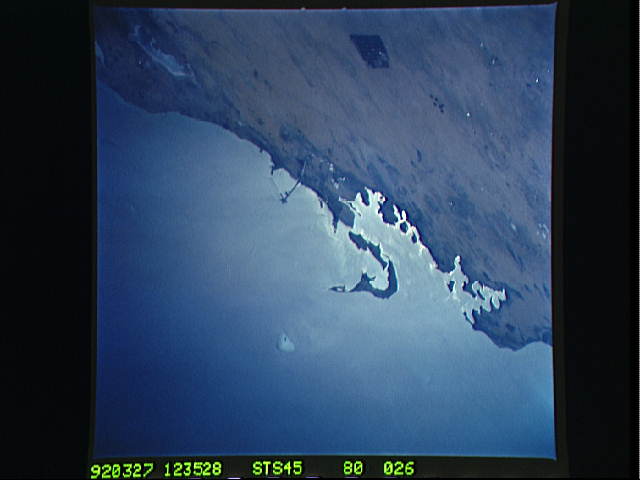 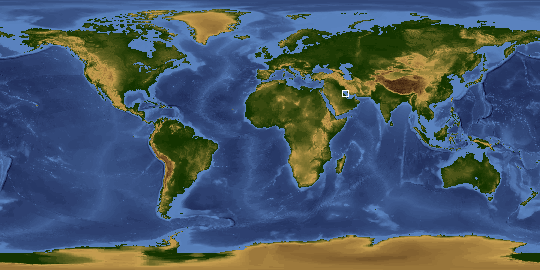 Other options available:
Download Packaged File
Download a Google Earth KML for this Image
View photo footprint information
Image Caption:
STS045-80-026: Abu Ali Island, Saudi Arabia, Persian Gulf The
sunglint pattern was photographed along the coast of Saudi Arabia
in the area of Abu Ali Island. The bright fringe along the coast
is evidence of oil, deposited after roughly 4 to 6 million bar-
rels of oil were released into the Gulf, off the coast of Kuwait,
during the recent Gulf war. The area north of Abu Ali Island was
heavily impacted by the oil spill.