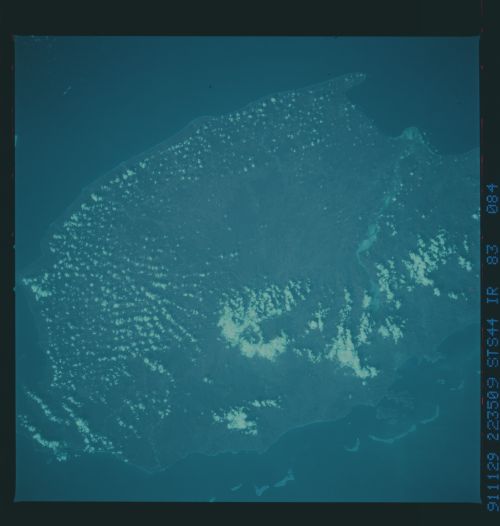 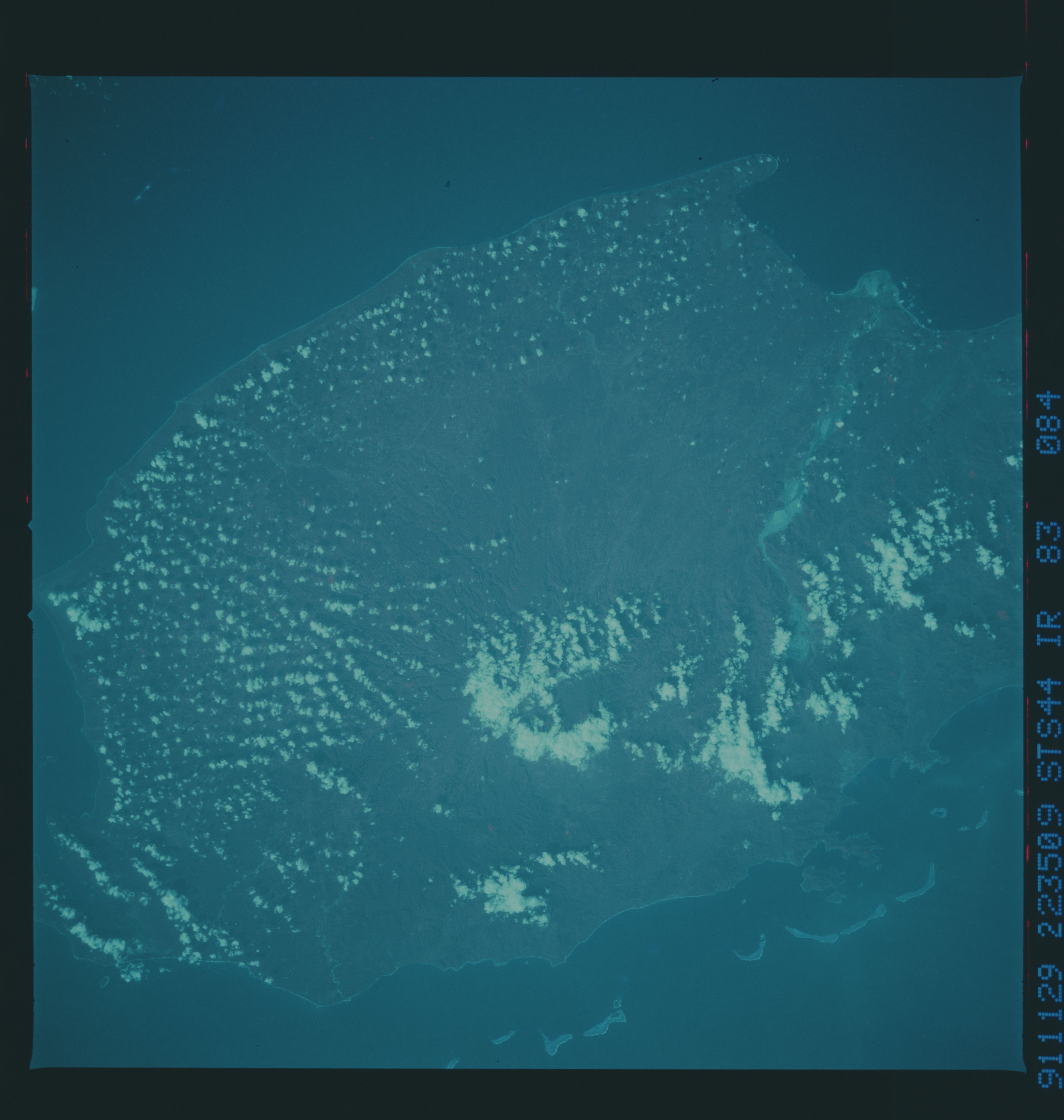 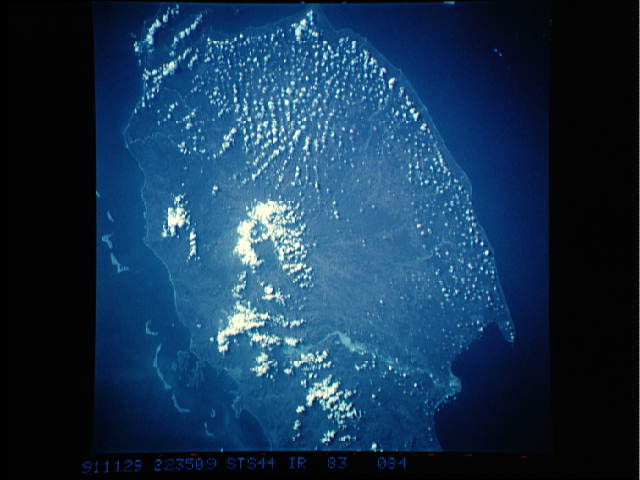 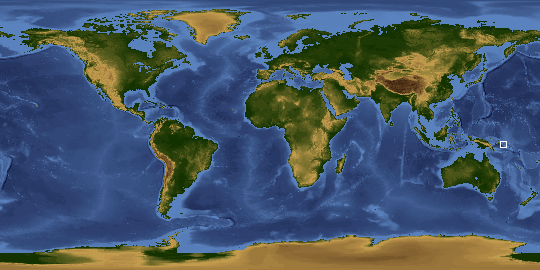 Other options available:
Download Packaged File
Download a Google Earth KML for this Image
View photo footprint information
Image Caption: STS044-83-84 (CIR), STS044-83-85 (CIR): BOUGAINVILLE
Bougainville is a large island which politically is part of Papua New Guinea but geologically belongs with the rest of the Solomon Islands. The island is composed of several volcanoes which result from subduction along the Solomon Trench in the South Pacific Ocean. These two frames cover the southern (STS044-83-84) and middle (STS044-83-85) part of the island. The highest peak, Mt. Taraka, forms the southern lobe of Bougainville. Just north of the volcano is a large, open-pit copper mine which is imaged in remarkable detail: terraces within the mine can be discriminated. Erosion and large amounts of runoff from the mining activity have widened the river draining the area to the west. STS044-83-85 centers on the active volcano Bagana (note the crater lake in the center of the photograph). Bagana was quite active throughout 1990.