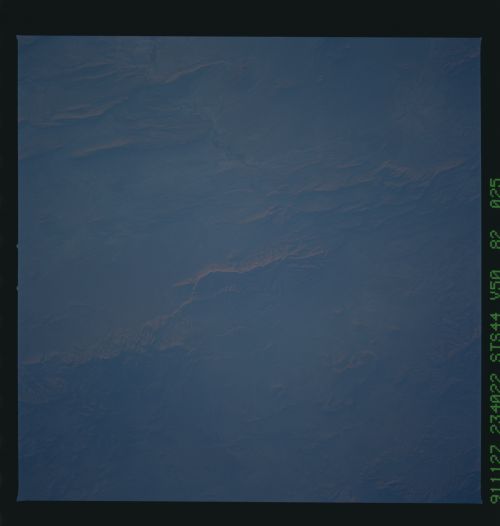 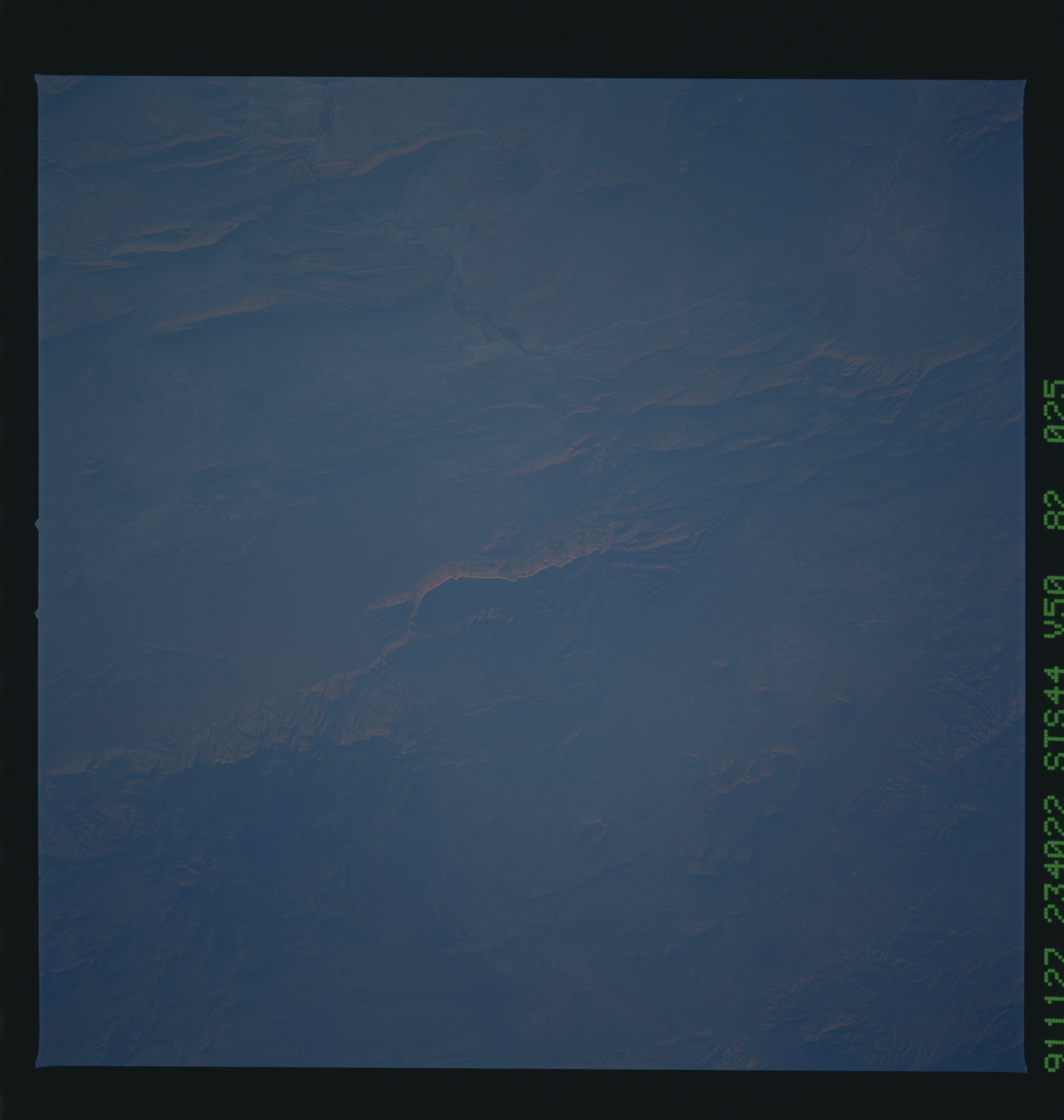 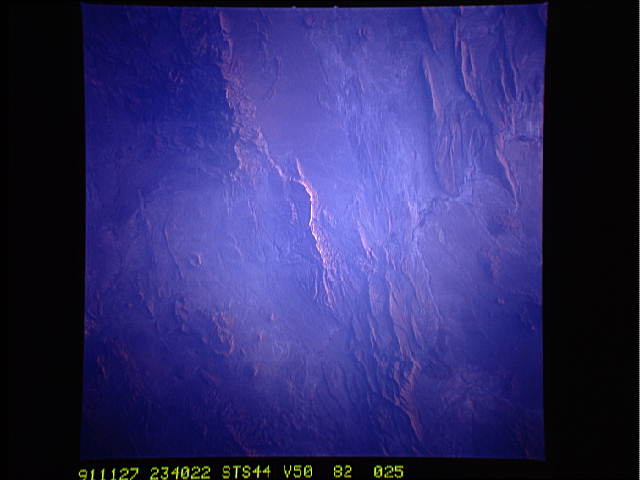 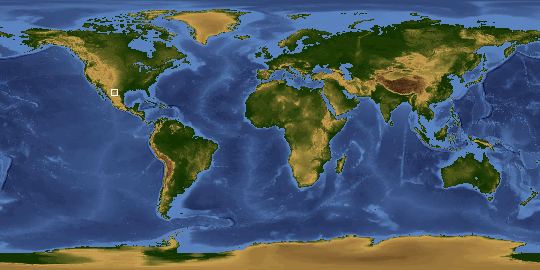 Other options available:
Download Packaged File
Download a Google Earth KML for this Image
View photo footprint information
Image Caption: STS044-82-25: BOQUILLAS REGION, BIG BEND NATIONAL PARK, TEXAS AND MEXICO
The Sierra del Carmen, across the Rio Grande from the southeastern corner of the Big Bend National Park, is centered in this photograph. A west-facing, 1000-foot cliff of white limestone turns pink to lavender at sunset, thus the name of the range. The Rio Grande enters the photograph below left center and flows through Mariscal Canyon and Boquillas Canyon, a part of the Sierra del Carmen and Dead Horse Mountain Ranges, and exits the photograph just to the right of top center. This part of the borderlands has a complex geological history. More than 2000 feet of marine limestone and shale were deposited in the ancestral Gulf of Mexico, which was then folded and faulted during an episode of mountain building. Widespread volcanism followed and that was followed by erosion, creating today's topography. Low-sun photographs such as this one highlight the appearance of folds, faults, and alluvial fans. COMPARISON VIEWS: STS51I-33-563, STS034-77-99


The Sierra del Carmen of Mexico, across the Rio Grande River from Big Bend National Park, TX, (28.5N, 104.0W) is centered in this photo. The Rio Grande River bisects the scene; Mexico to the east, USA to the west. The thousand ft. Boquillas limestone cliff on the Mexican side of the river changes colors from white to pink to lavender at sunset. This severely eroded sedimentary landscape was once an ancient seabed later overlaid with volcanic activity.