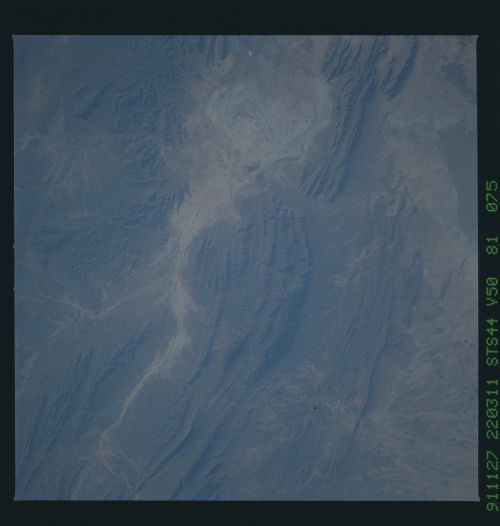 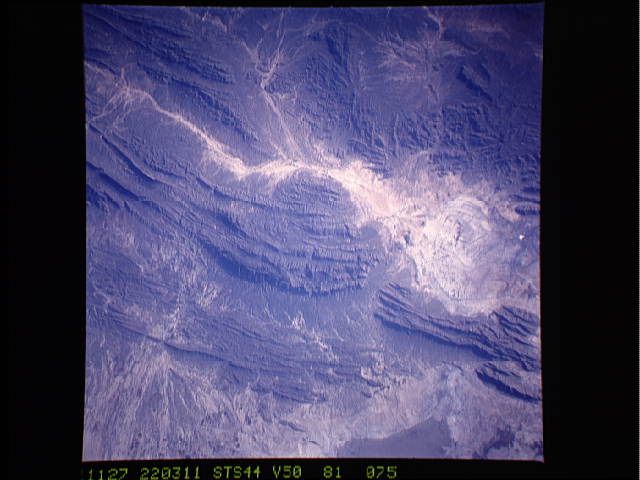 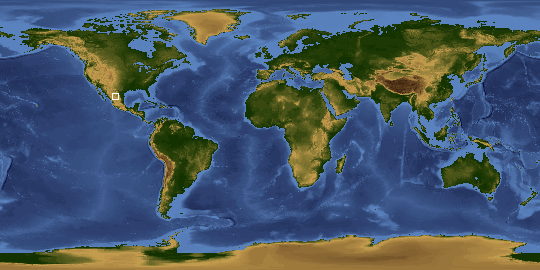 Other options available:
Download Packaged File
Download a Google Earth KML for this Image
View photo footprint information
Image Caption:
STS044-81-075 (FUJI VELVIA): LANDSCAPE NEAR PARRAS, COAHUILA,
MEXICO Mountains of folded and faulted limestone in the Sierra
Madre Oriental of southern Coahuila in northern Mexico are bound-
ed by nearly flat valleys. The town of Parras, 75 miles east of
Torren, can be seen near the center on the right side of the pho-
tograph. This part of Mexico has extensive vineyards, orchards,
and both dry and irrigated farmland. Evidence of a recent flash
flood is seen in light brown sediment that streamed down gullies
in the mountain ranges and formed ponds over agricultural areas
in the broad valley. Based on the photograph it appears that
damage to manmade structures occurred throughout more than 300
square miles in one valley alone. The ephemeral Laguna de Mayran
contained light greenish-brown water at the time of the Shuttle
overflight.


Evidence of a recent flash flood can be seen in the form of light brown sediment that flowed down gullies and mountain sides forming ponds of debris over agricultural areas in the broad valley near the town of Parras (26.5N, 102.5W). This part of Mexico has extensive vineyards, orchards and both dry land and irrigated agriculture. Based on the photo, it appears that flash flood waters damaged some 300 square miles of property in this area alone.