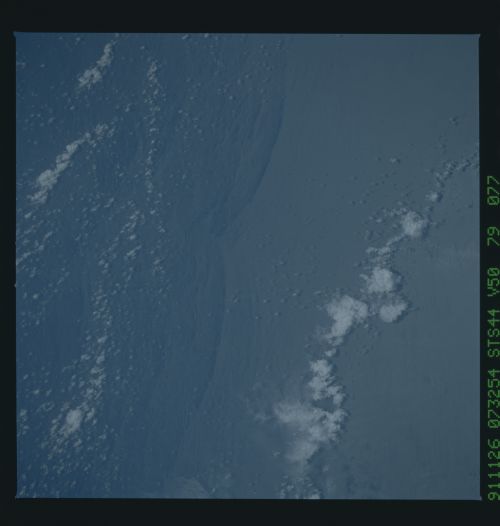 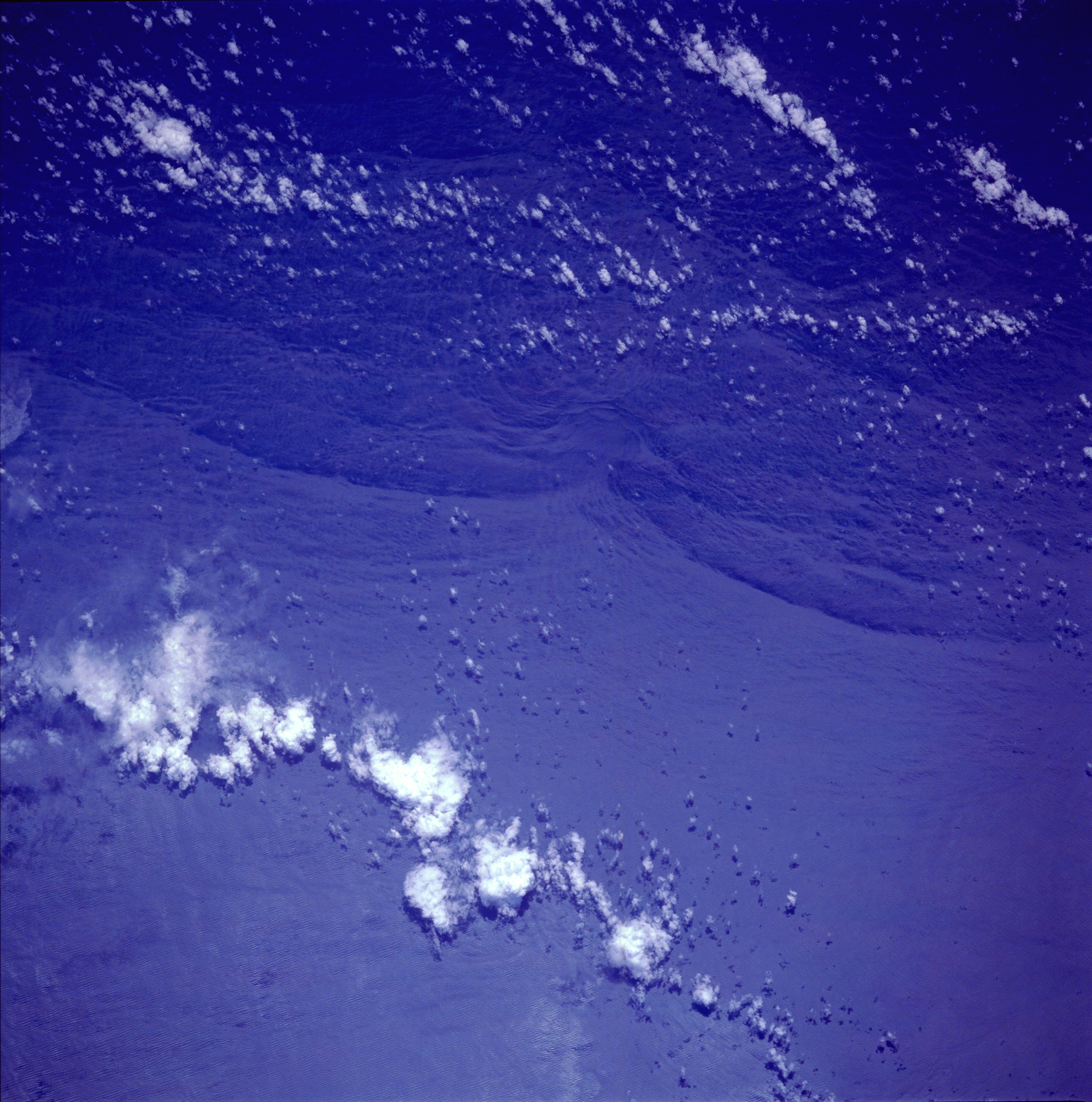 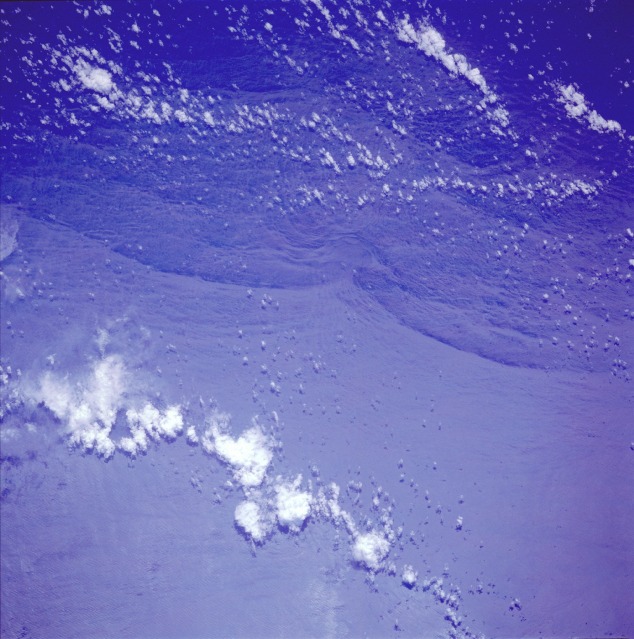 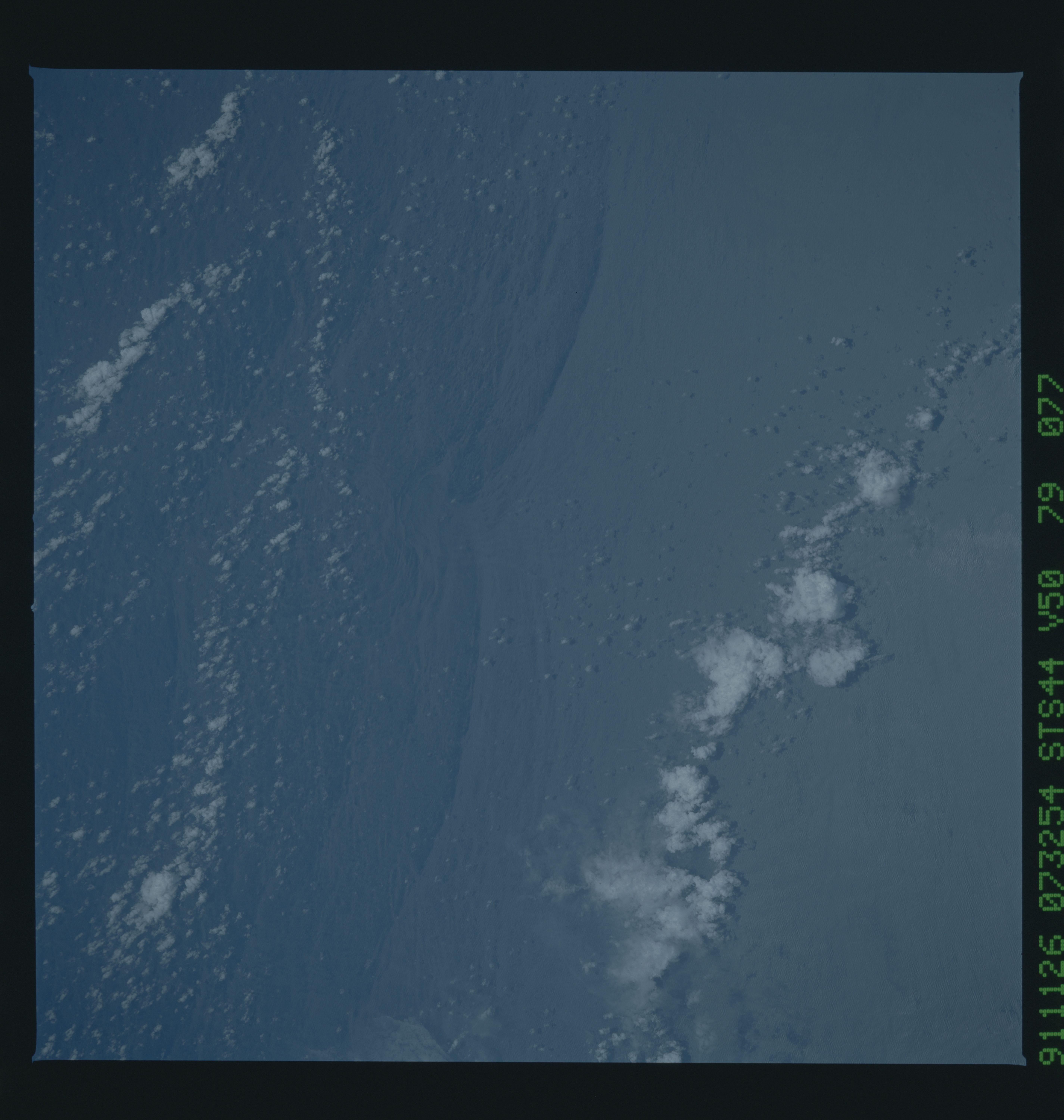 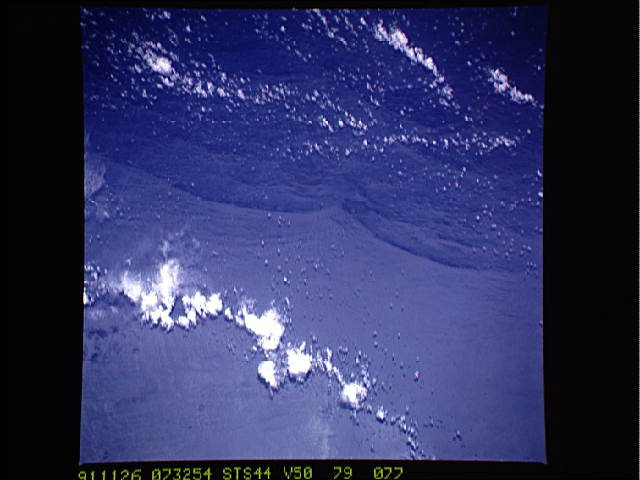 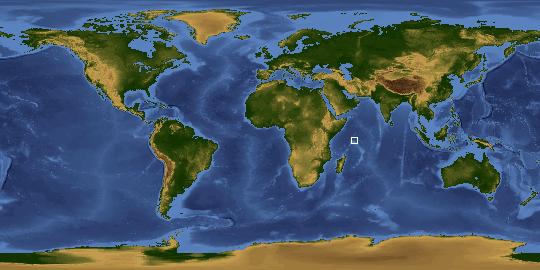 Other options available:
Download Packaged File
Download a Google Earth KML for this Image
View photo footprint information
Image Caption: STS044-079-077 Solitons, Indian Ocean November 1991
Internal waves (solitons) can be seen in this near-vertical photograph taken over the central Indian Ocean. Solitons are nonlinear, traveling waves that normally maintain their shape and identity. Ocean solitons (V-Brand waves, named after Vance Brand, the astronaut who discovered them on the Apollo-Soyuz flight in 1975) manifest themselves as large, subsurface, internal waves with little surface expression. This photograph was taken north of the Seychelles Islands near the northern limit of the subsurface Mascarene Ridge upon which the Seychelles are located. Numerous seamounts (submarine mountains) occur in this region. The photograph shows (near center) the solitons being refracted or impeded by a seamount.

Seen in sunglint, these internal waves in the Indian ocean (4.0S, 56.5E) are refracting around a probable a sea mount on the Mascarene Plateau, NE of Madagascar. Internal waves are similar to surface waves, but they travel within the water column along the boundry between water layers of different density. On the surface, they appear as bands of smooth and rough water and `rom orbit, irregular light and dark bands.