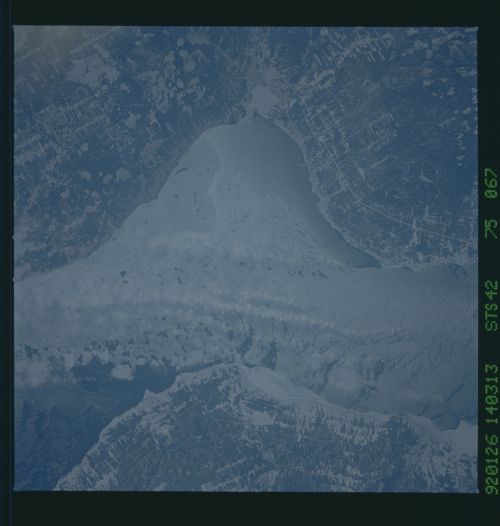 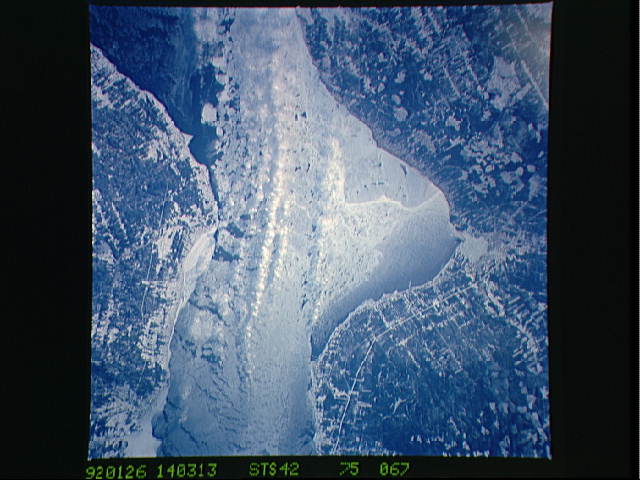 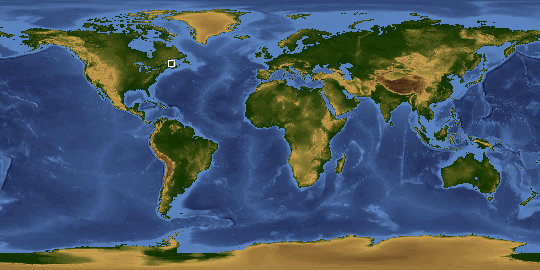 Other options available:
Download Packaged File
Download a Google Earth KML for this Image
View photo footprint information
Download a GeoTIFF for this photo
Image Caption:
STS042-75-067: Baie des Chaleurs This image was acquired
from STS-42 on 26 January 1992 at 14:03:13JGMT. Bathurst, New
Brunswick, is at the center of the right side of the image. The
upper part of Chaleur Bay (lower part of the image) is ice-
covered with a few breaks, while towards the open ocean (upper
left of the image) the water is relatively free of ice. Of
meteorological interest, note the cloud streets, roughly parallel
to the shores, near the center of the bay. The ice cover on the
bay is obviously warmer than the adjacent land. Heating of the
air over the warmer ice initiates vertical motions that form the
cloud streets downwind. Also note the streets that develop
downwind of the points where the ice separates from the shore.
This development occurs as a result of differential heating
across the ice/water interface.