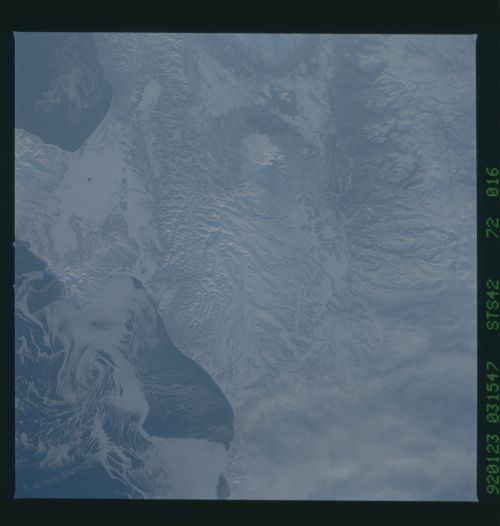 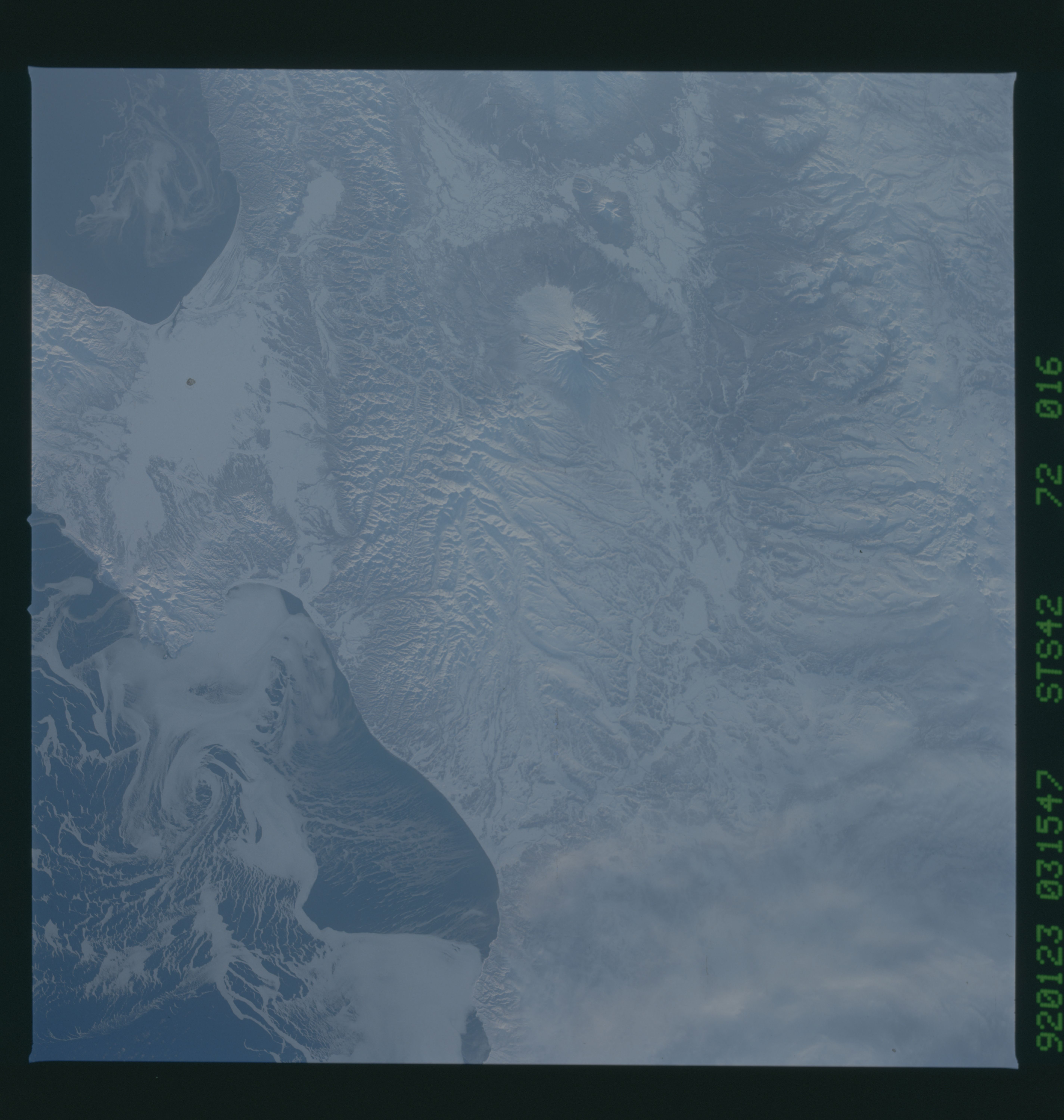 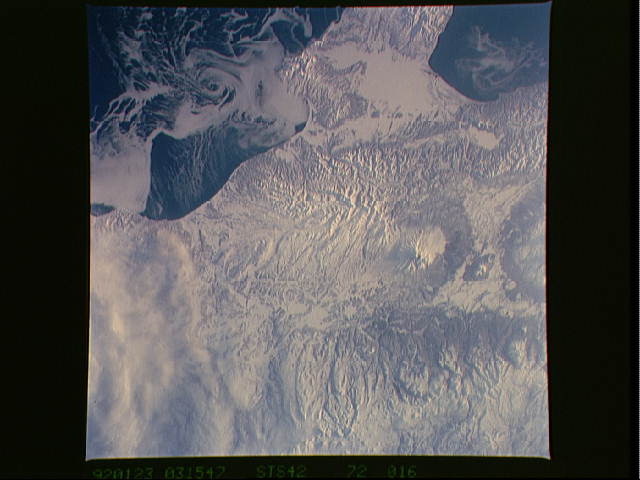 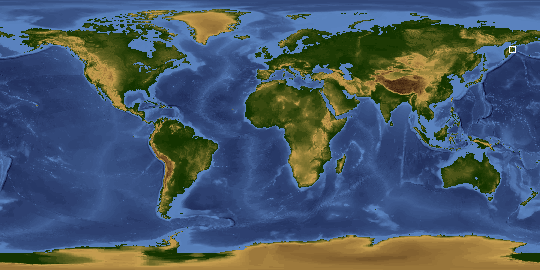 Other options available:
Download Packaged File
Download a Google Earth KML for this Image
View photo footprint information
Download a GeoTIFF for this photo
Image Caption:
STS042-71-080 & STS042-72-016 Ice Flow Patterns off the Eastern
Coast of Kamchatka Both of these slides show ice flow
patterns in the Gulf of Ozernoy on the east coast of Kamchatka
(57.0! N, 163.3! E). The time difference between slides is only
10 seconds, but they provide different perspectives on the Gulf.
Little is known of near- coastal current flow in this area,
although the general flow offshore is southward. Thin sea-ice
patterns near the shore indicate offshore winds blowing in a
southeasterly direction. The cyclonic ice pattern at the outer
edge of the Gulf may be more induced by coastal currents than by
wind.