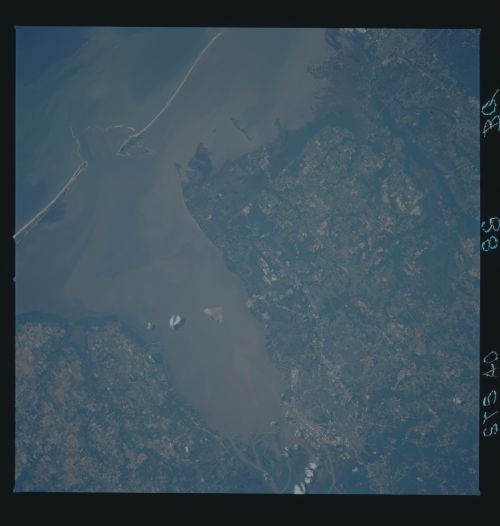 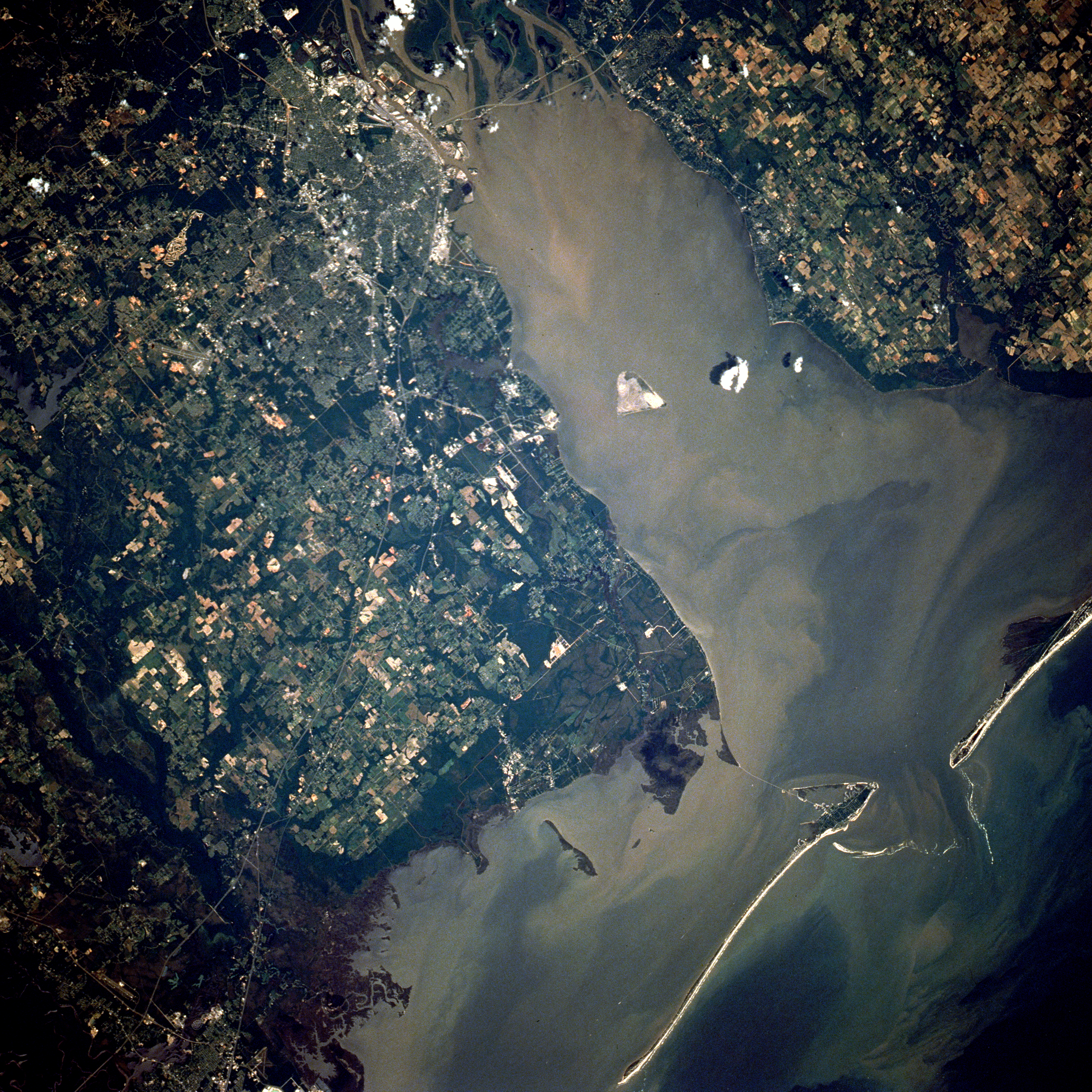 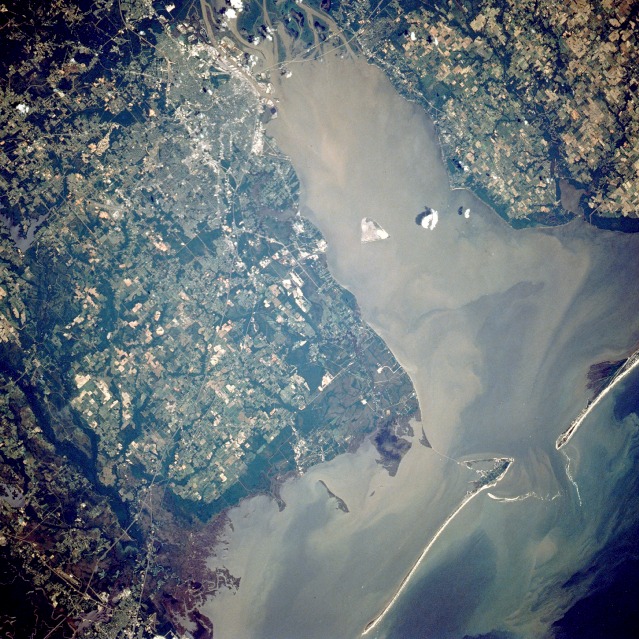 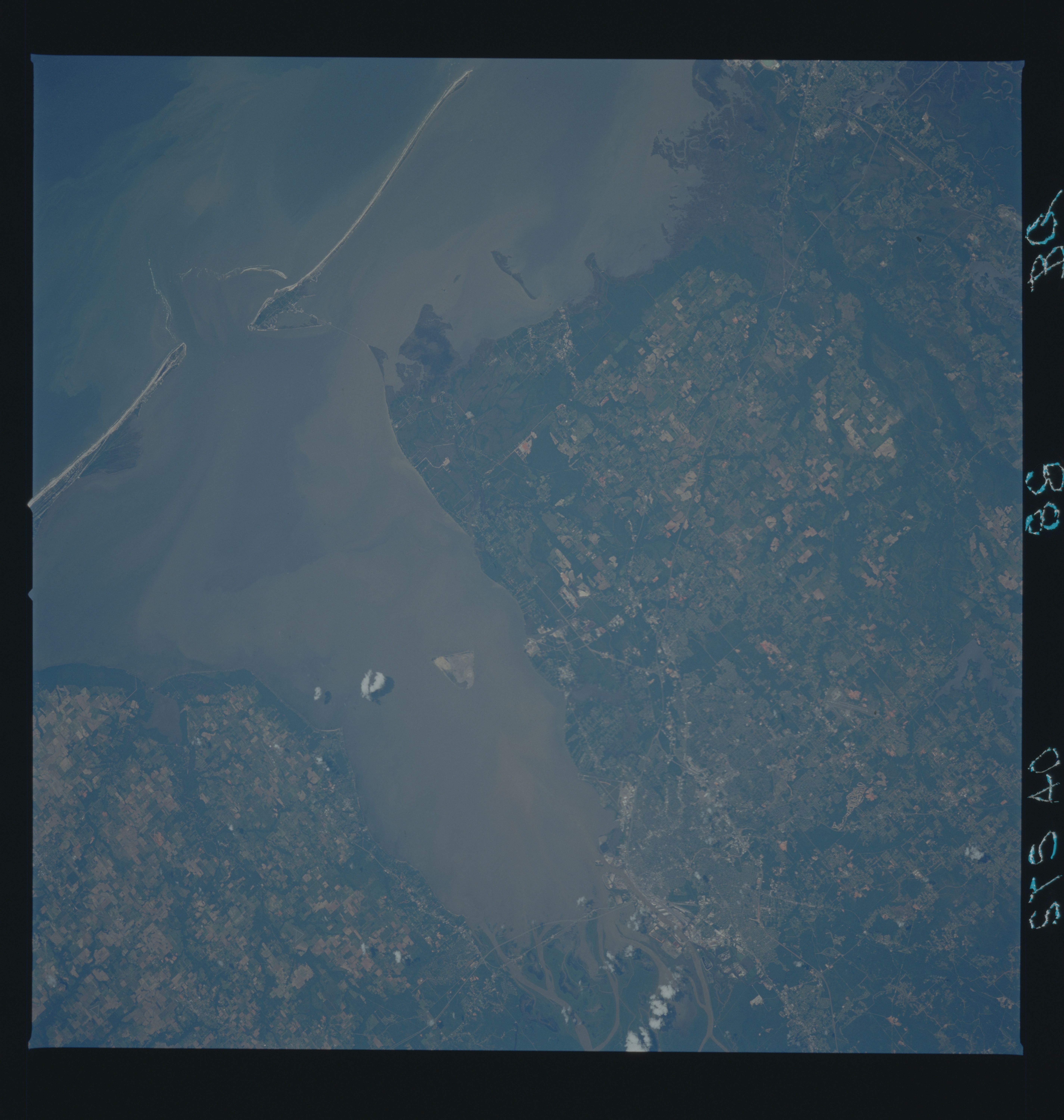 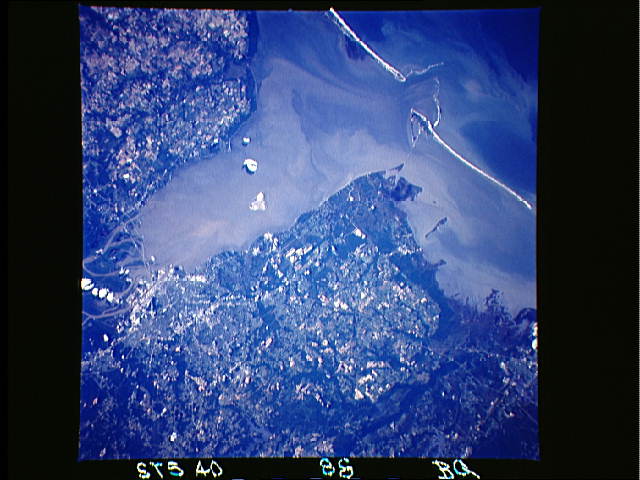 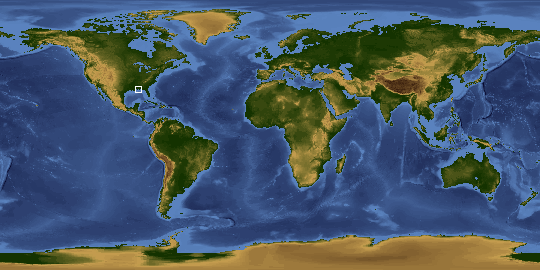 Other options available:
Download Packaged File
Download a Google Earth KML for this Image
View photo footprint information
Image Caption: STS040-088-0BQ Mobile Bay, Alabama, U.S.A. June 1991
Brownish, sediment-laden Mobile Bay, which extends 35 miles (56 kilometers) from the mouth of the Mobile River southward to the Gulf of Mexico, is seen in this low-oblique, north-looking photograph. A ship channel at the southern end of the bay connects the bay with the gulf. The Intracoastal Waterway (not easily discernible in this photograph) passes through the southern part of the bay. Mobile Bay, which varies in width from 8 to 18 miles (13 to 29 kilometers), was the scene of a major Civil War naval battle in August 1864, in which Admiral Farragut of the Union forces successfully ran a blockade of mines, dispersed the Confederate naval fleet, and secured the surrender of the Confederate forces defending the bay. The city of Mobile, Alabama's only seaport, is visible at the northern end of Mobile Bay, just west of the mouth of the Mobile River. Mobile is a major shipping and shipbuilding center. Other major industries include oil refineries; chemical, textile, and paper plants; and food processing facilities. Major highways traverse the city; prominent is Interstate Highway 10, which extends west-east across the mouth of the Mobile River.