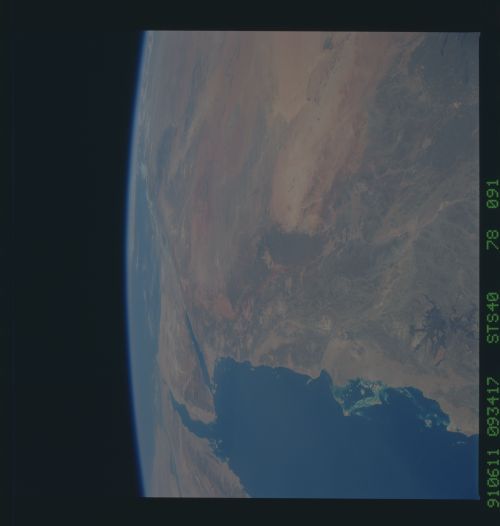 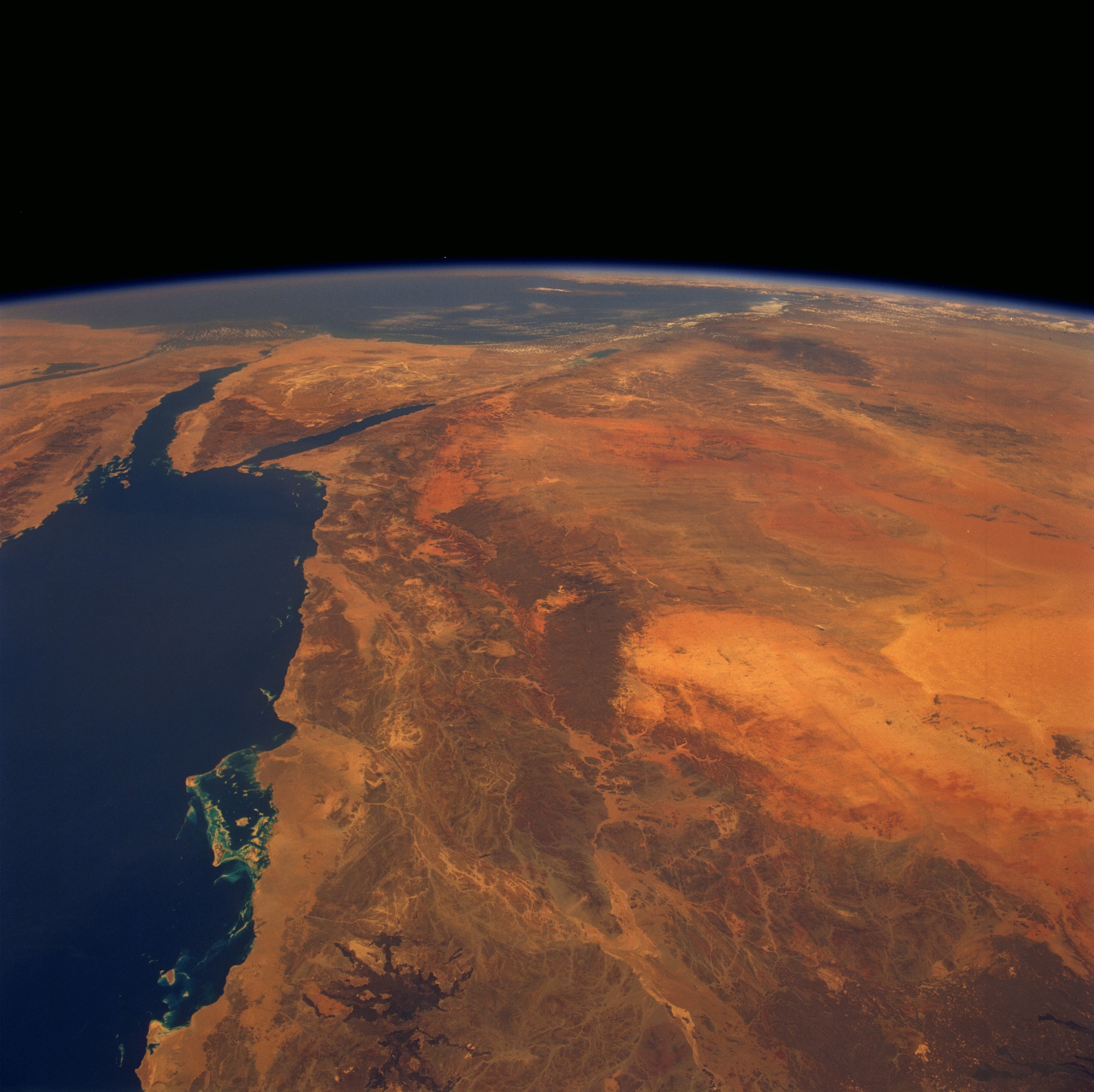 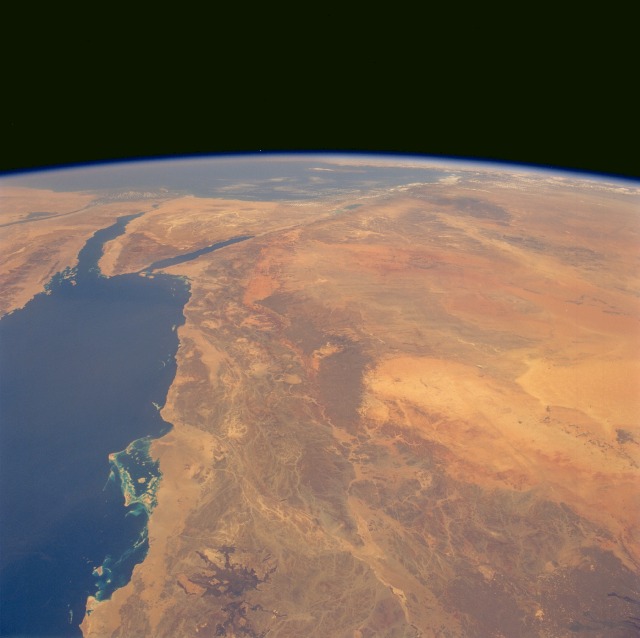 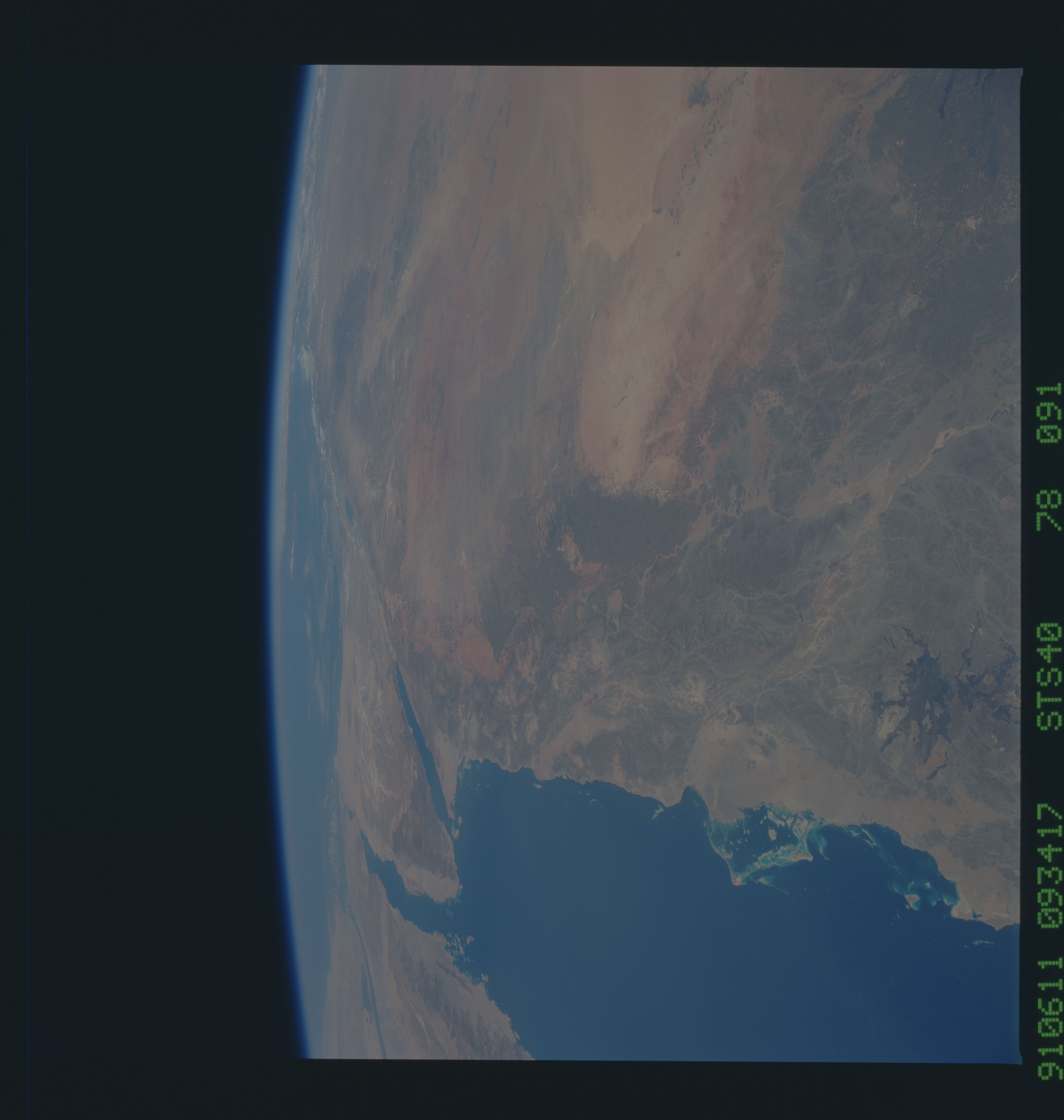 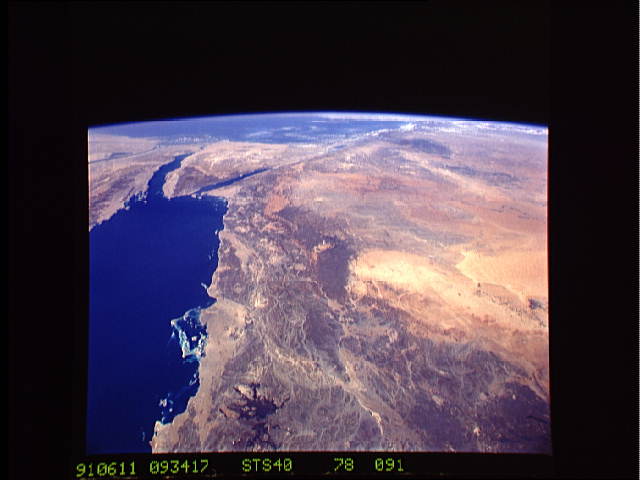 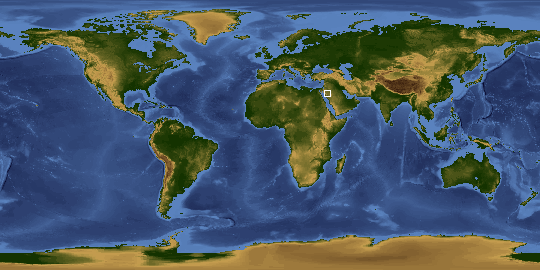 Other options available:
Download Packaged File
Download a Google Earth KML for this Image
View photo footprint information
Image Caption: STS040-078-091 Hijaz Mountains and Nafud Desert, Saudi Arabia June 1991
The dissected Hijaz Mountains and the northwestern portion the Nafud Desert of Saudi Arabia are visible in this high-oblique, northwest-looking photograph. The barren Hijaz were formed by the uplifting of the eastern flank of the Great Rift Valley that runs through the basin of the Red Sea (west of the range). The narrow coastal plain between the mountains and the sea is extremely desolate. East of the mountains are the orange sands of the Nafud Desert, known for its sudden violent winds that have formed many great crescent-shaped dunes (barely discernible near the north center of the photograph). The desert, occupying a great oval depression, is surrounded by sandstone outcrops that have been eroded into grotesque shapes by these strong winds. Rainfall occurs once or twice yearly in the region. Near the south and southeastern portions of the photograph, dark lava flows from ancient volcanoes stand out. Near the horizon are the Gulf of Suez, the Sinai Peninsula, the Gulf of Aqaba, the eastern Mediterranean Sea, and the western half of the Syrian Desert.