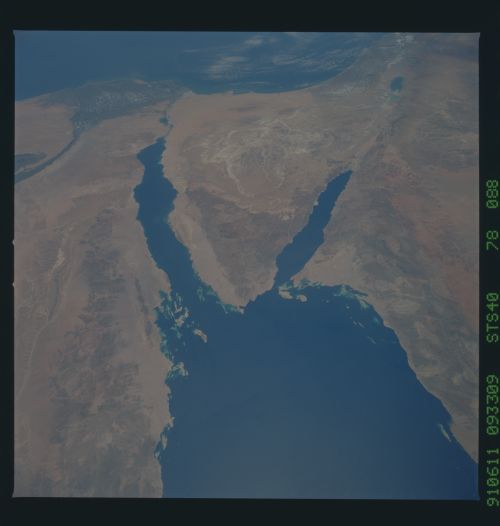 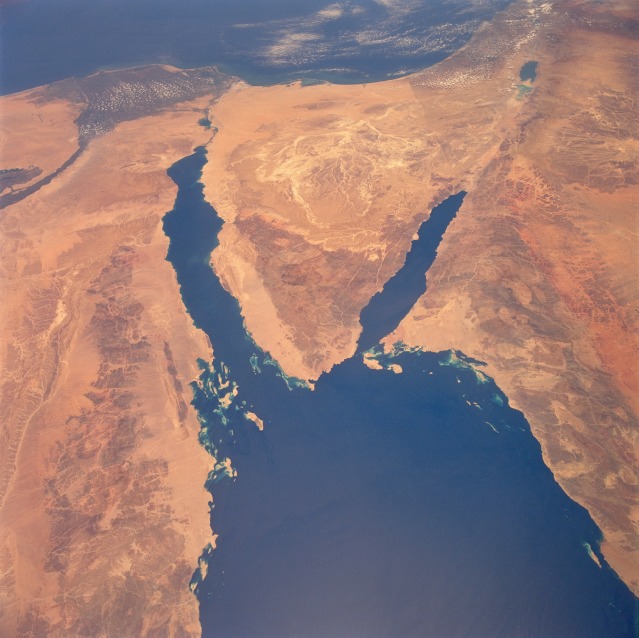 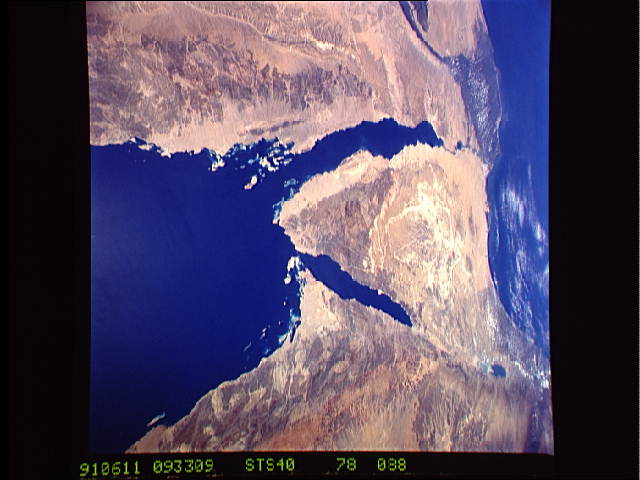 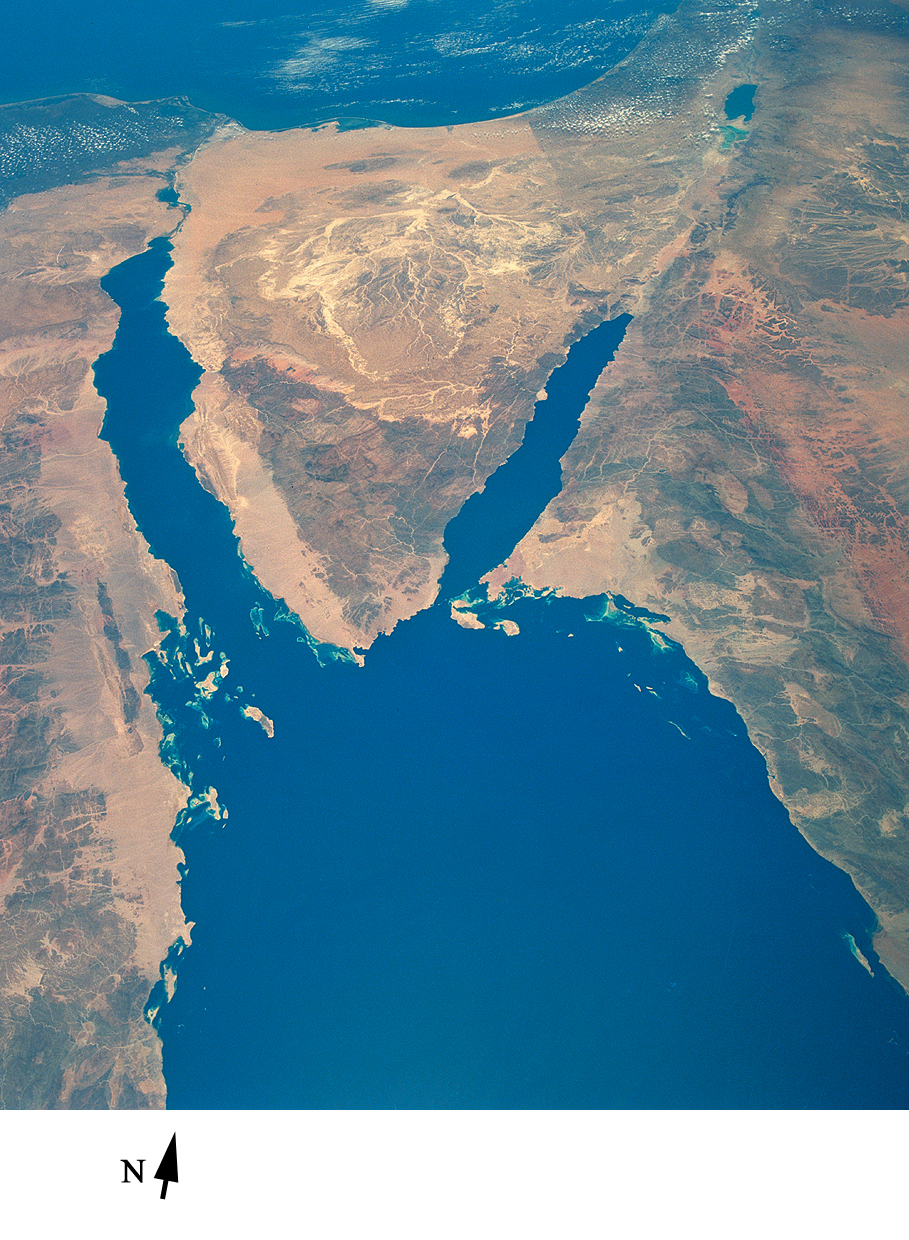 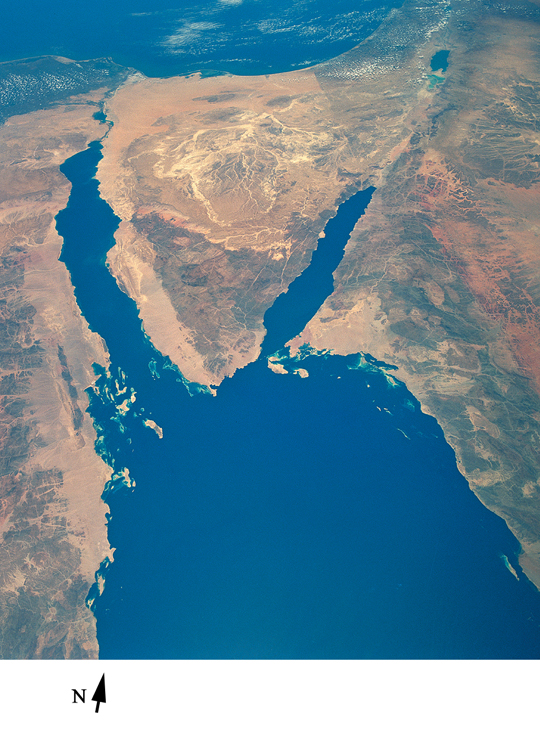 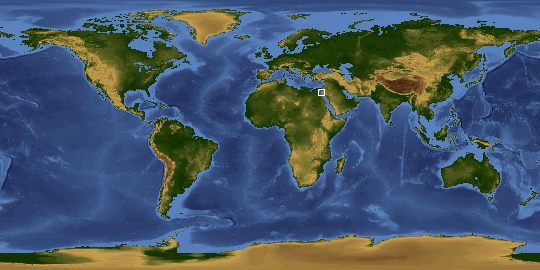 Other options available:
Download Packaged File
Download a Google Earth KML for this Image
View photo footprint information
Image Caption: STS040-78-88 Sinai Peninsula, Egypt June 1991
The deep blue waters of the northern Red Sea provide a striking contrast to the sandy landforms (tans) and hills and mountains (browns) of the arid landscape of northeastern Egypt, northwestern Saudi Arabia, southern Israel, and a small part of southwestern Jordan. Elevations for the mountains that ring the northern end of the Red Sea vary from approximately 2000 feet (610 meters) to 3000 feet (910 meters), with many peaks exceeding 6000 feet (1800 meters)--one peak exceeds 8000 feet (2440 meters). The light, more highly reflective pattern in the north-central Sinai is a drainage network of dry stream channels and lakebeds. Other landforms include the northernmost extent of the Nile River and its delta, the Suez Canal (northwest side of the Sinai Peninsula), the Gulf of Aqaba (southeast side of Sinai), the Dead Sea Rift, and the demarcation line in the desert between Israel and Egypt along the eastern edge of the Sinai caused by Israel's emphasis on agriculture. Numerous coral reefs and small islands are visible east of Egypt near the southern tip of the Sinai Peninsula.