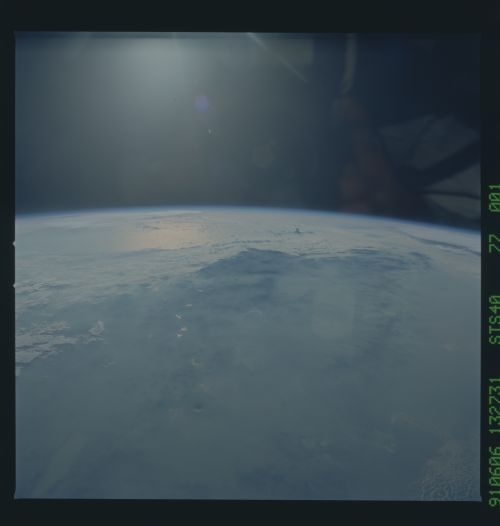 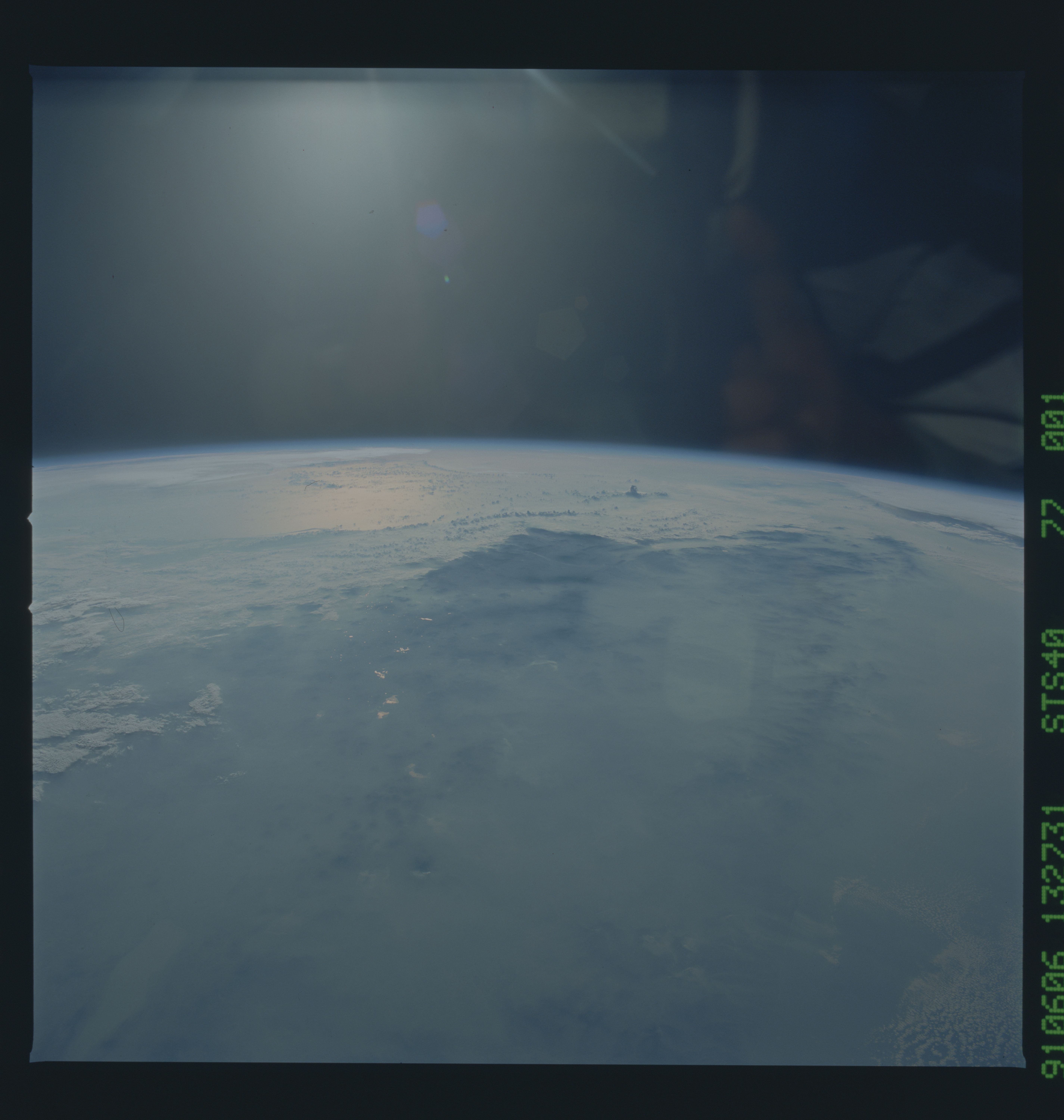 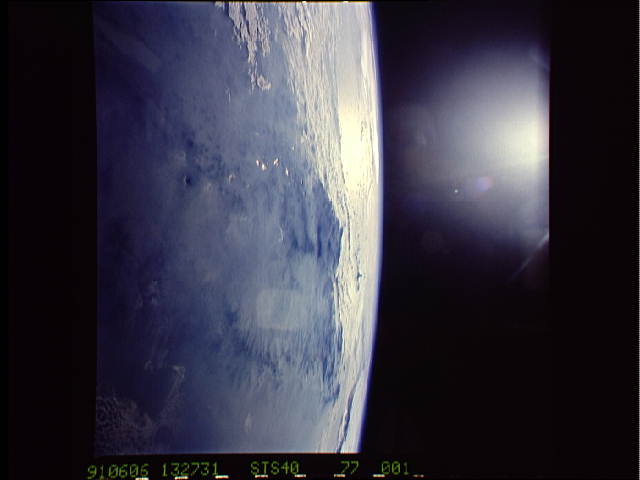 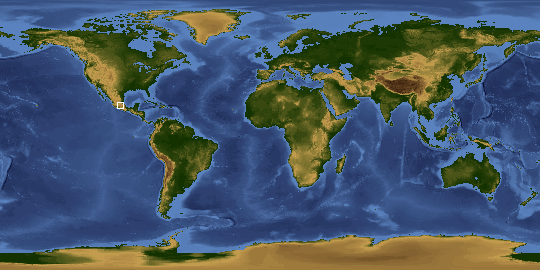 Other options available:
Download Packaged File
Download a Google Earth KML for this Image
View photo footprint information
Image Caption:
STS040-77-001 & STS040-77-006 Another large smoke pall was evi-
dent over most of central and western Mexico during STS-40. The
point sources of the pall were not well delineated. We suspect
that the pall is the result of small-scale burning to prepare
many small agricultural plots. This pall was visible as a con-
tiguous unit as far east and north as Lake Charles, Louisiana
(see STS040-77-006 on the right).