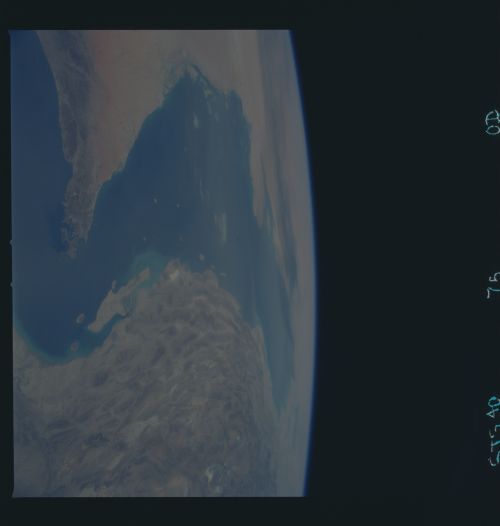 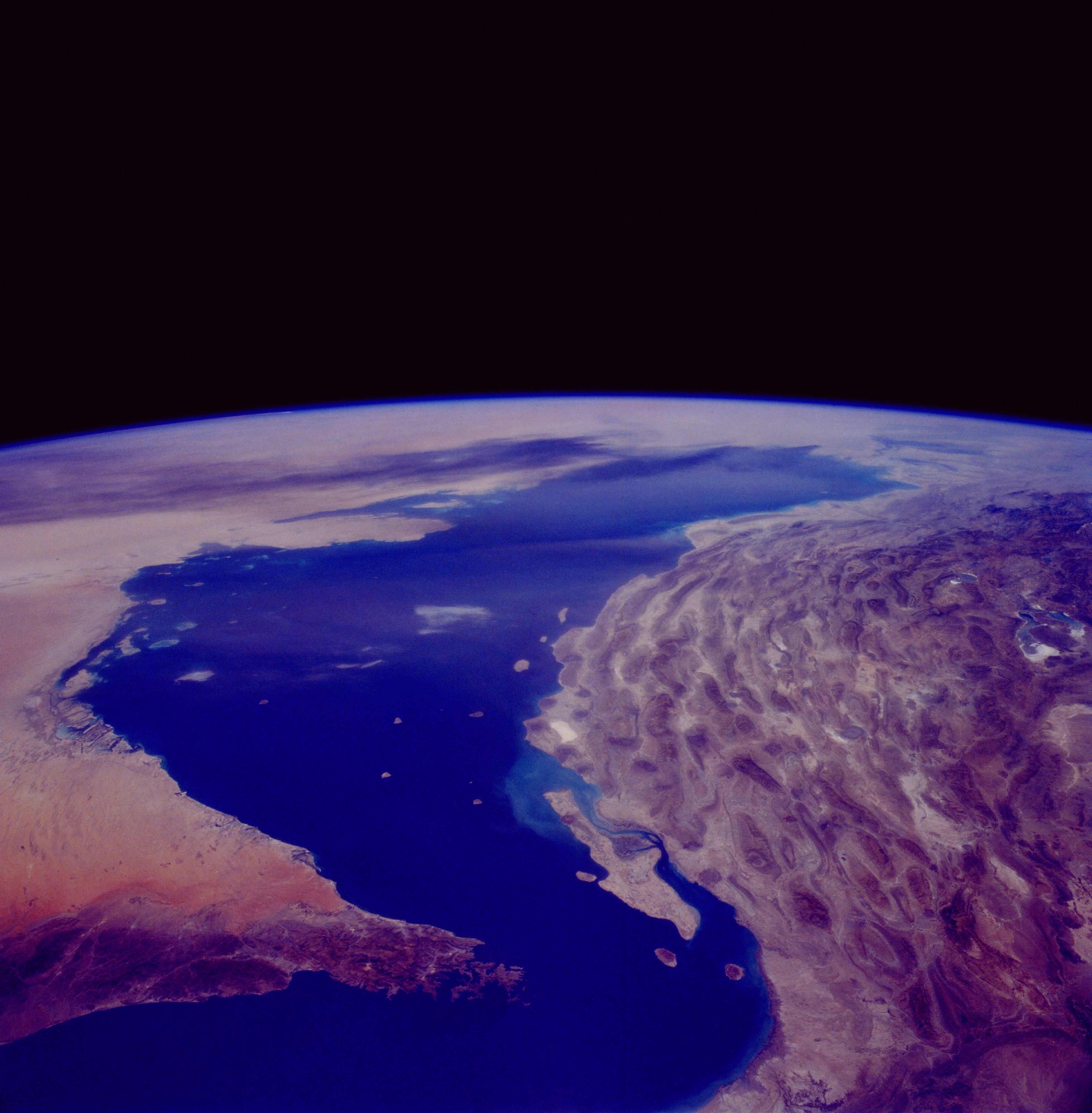 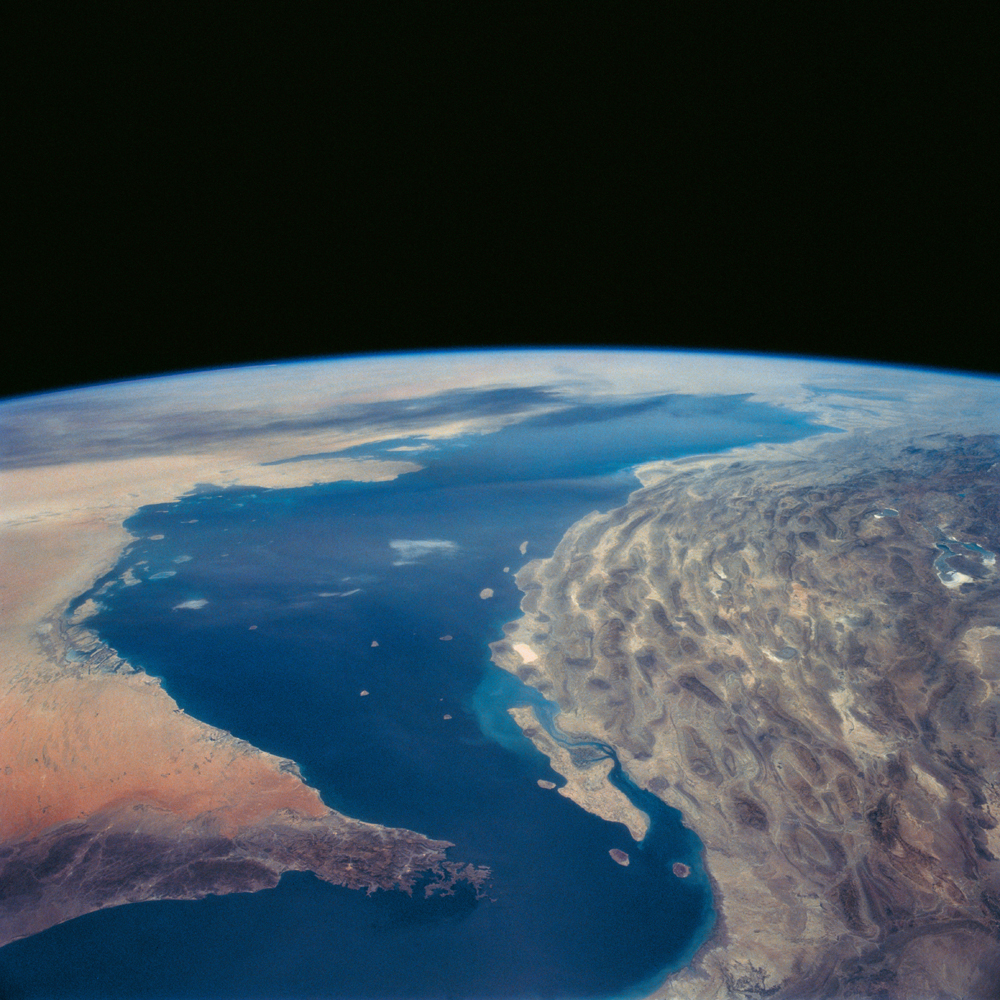 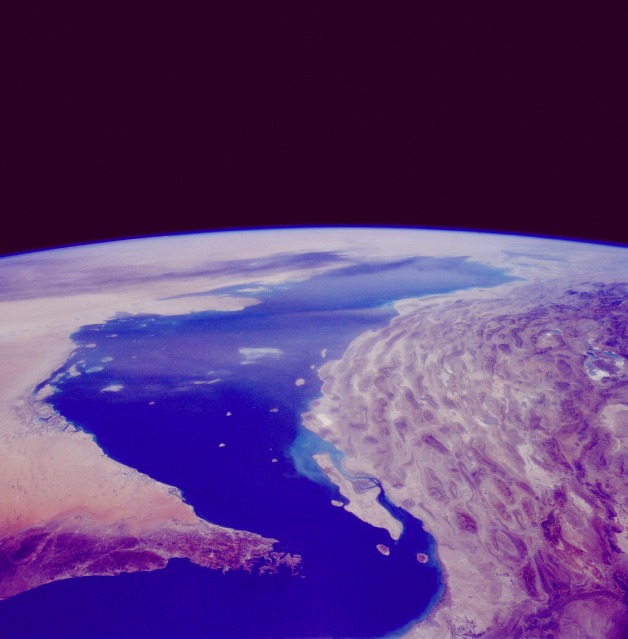 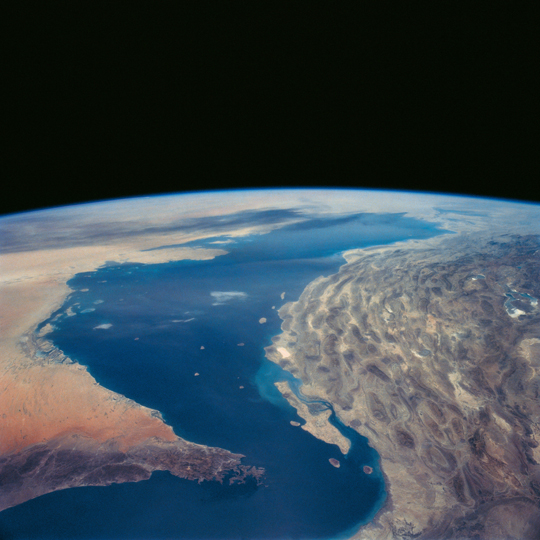 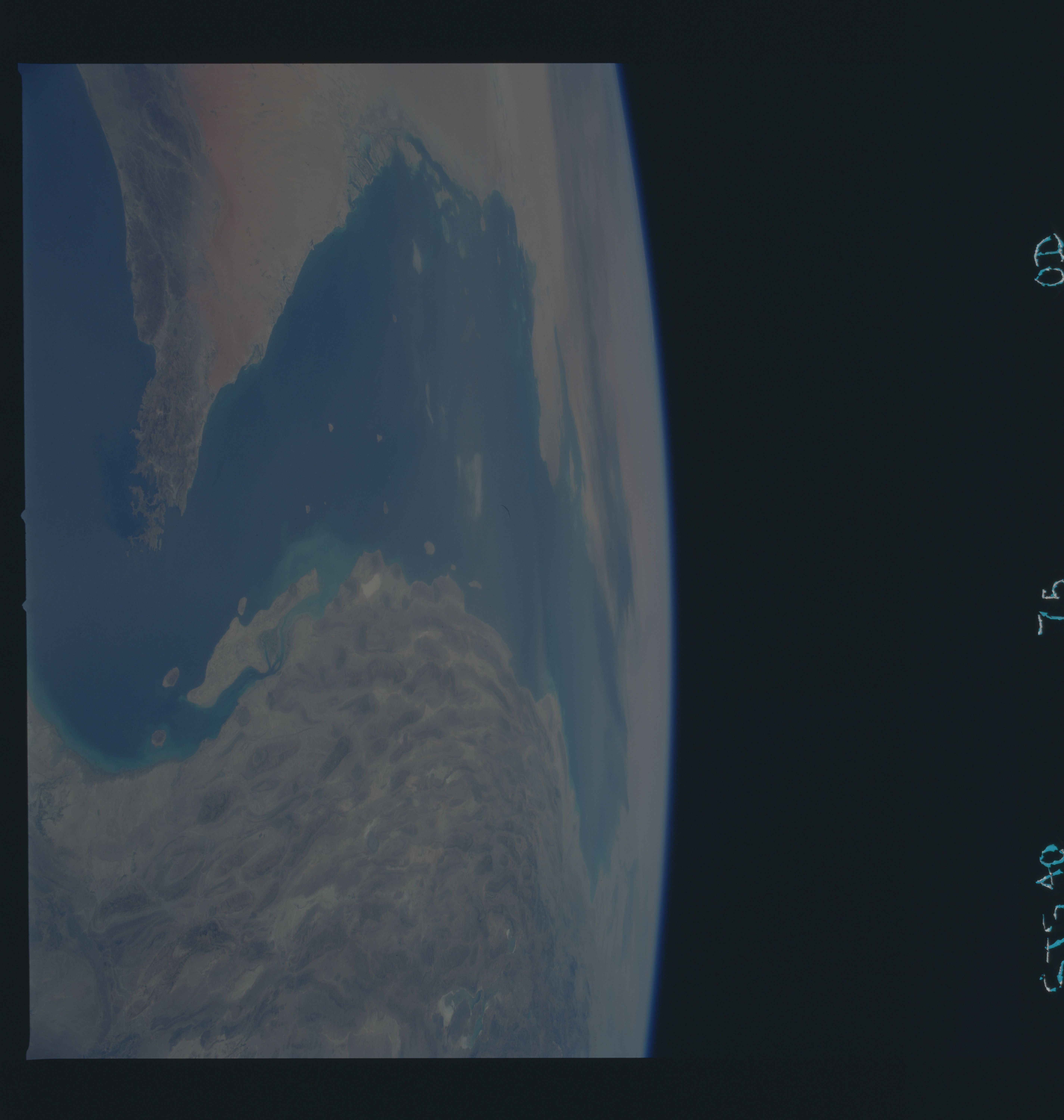 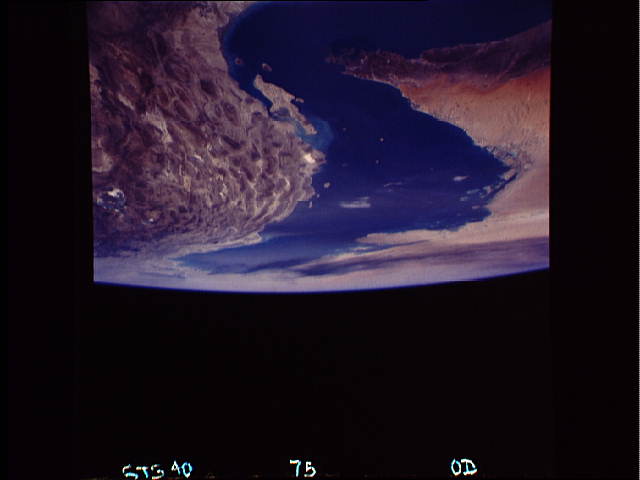 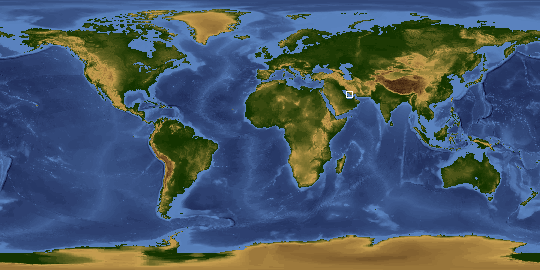 Other options available:
Download Packaged File
Download a Google Earth KML for this Image
View photo footprint information
Image Caption: STS040-075-00D The Persian Gulf June 1991
Vast quantities of oil lie beneath the Persian Gulf and the surrounding land captured in this synoptic, northwest-looking photograph. The Zagros Mountains of western Iran (northeastern portion of photograph) were created by the subduction of the Saudi Arabian plate by the Eurasian plate. The force of this plate collision caused the limestone rocks to buckle up into high folds that are separated by downwarps (anticlines) or valleys (synclines). The unique landscape of long parallel lines of hogback ridges and deep valleys has been further shaped by erosion. Little agriculture occurs in this part of the Zagros Mountains; people graze sheep and goats in the alpine meadows during the summer and return to the sheltered valleys during the winter. The mountainous peninsula that juts northward into the Strait of Hormuz is Oman. The countries of Oman, United Arab Emirates, Saudi Arabia, and Qatar are visible along the western shore of the Persian Gulf. Qeshm is the large island south of Iran. The dark area near the northern end of the Persian Gulf (near the horizon) is the smoke pall from oil well fires ignited in Kuwait in February 1991.