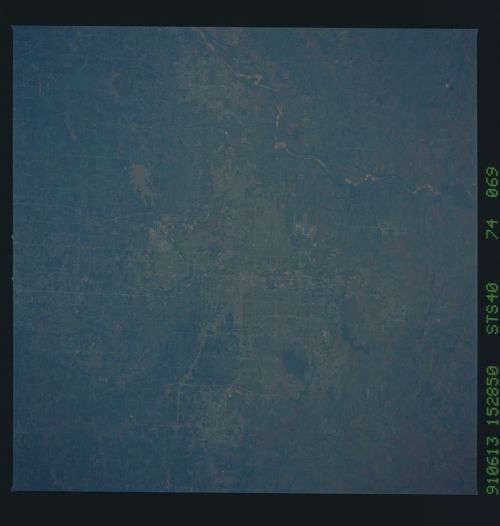 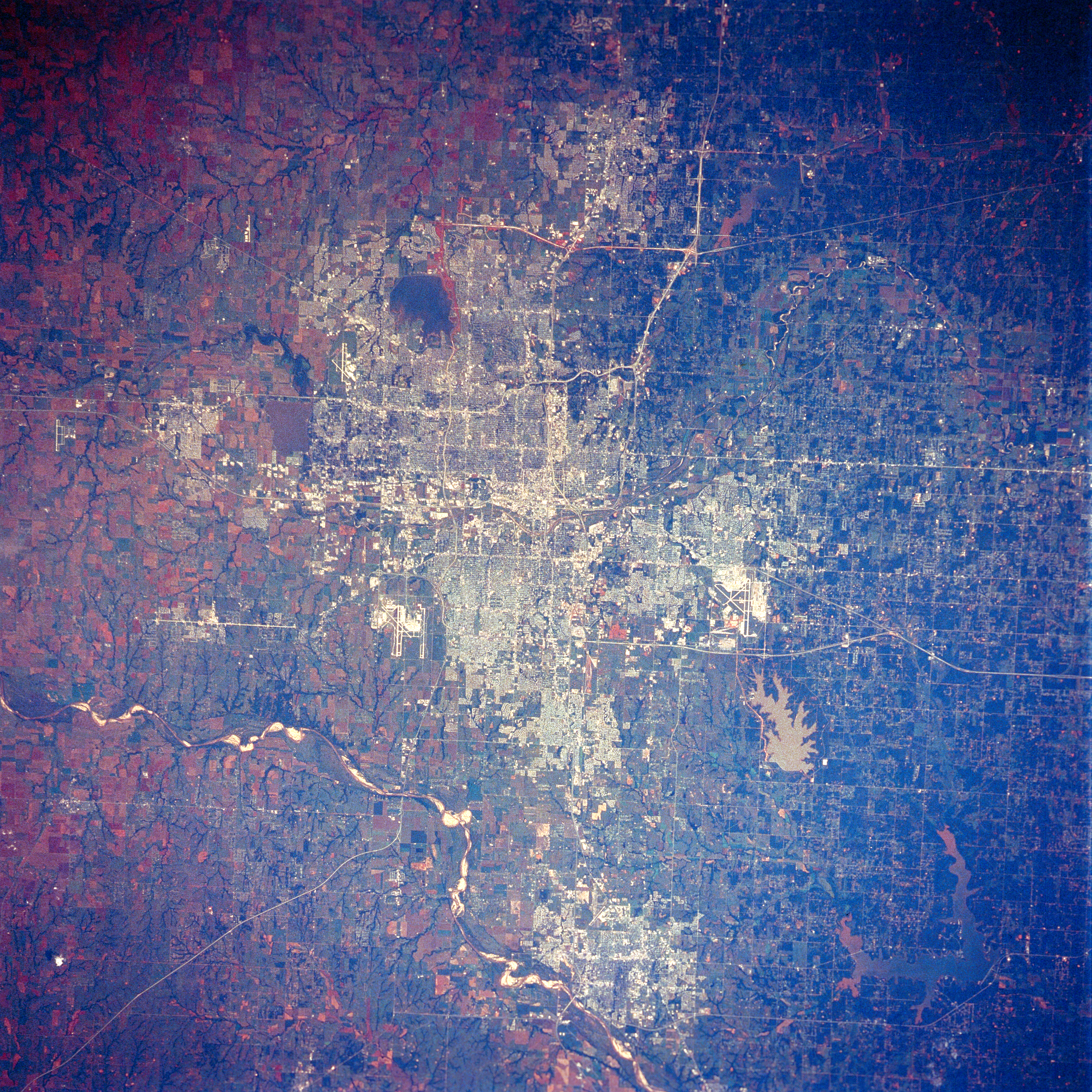 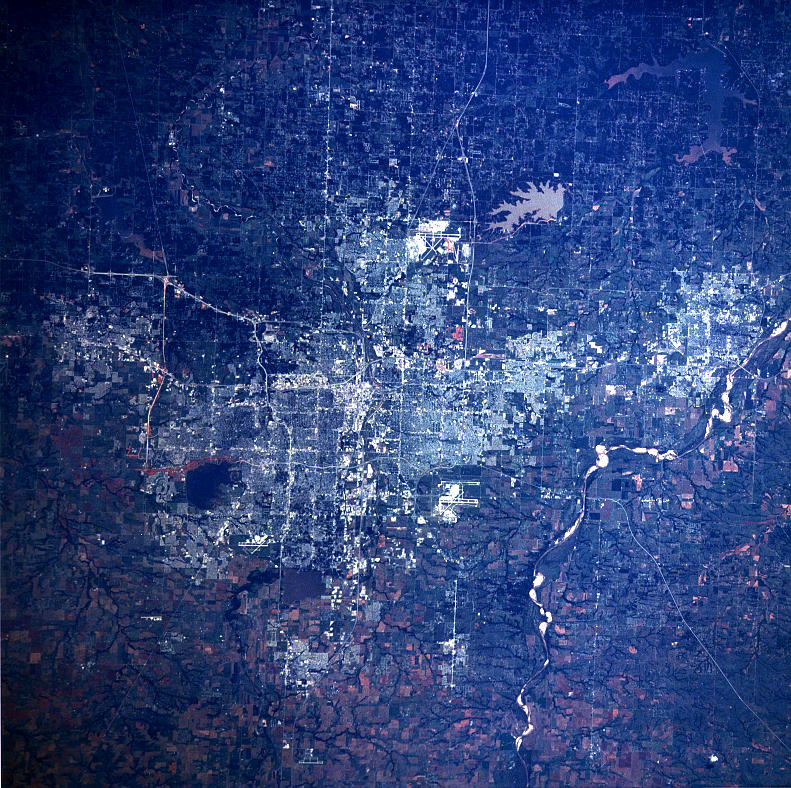 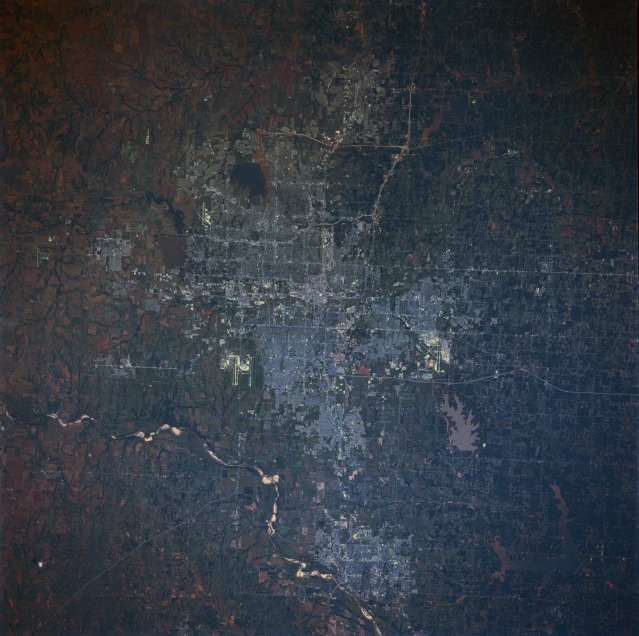 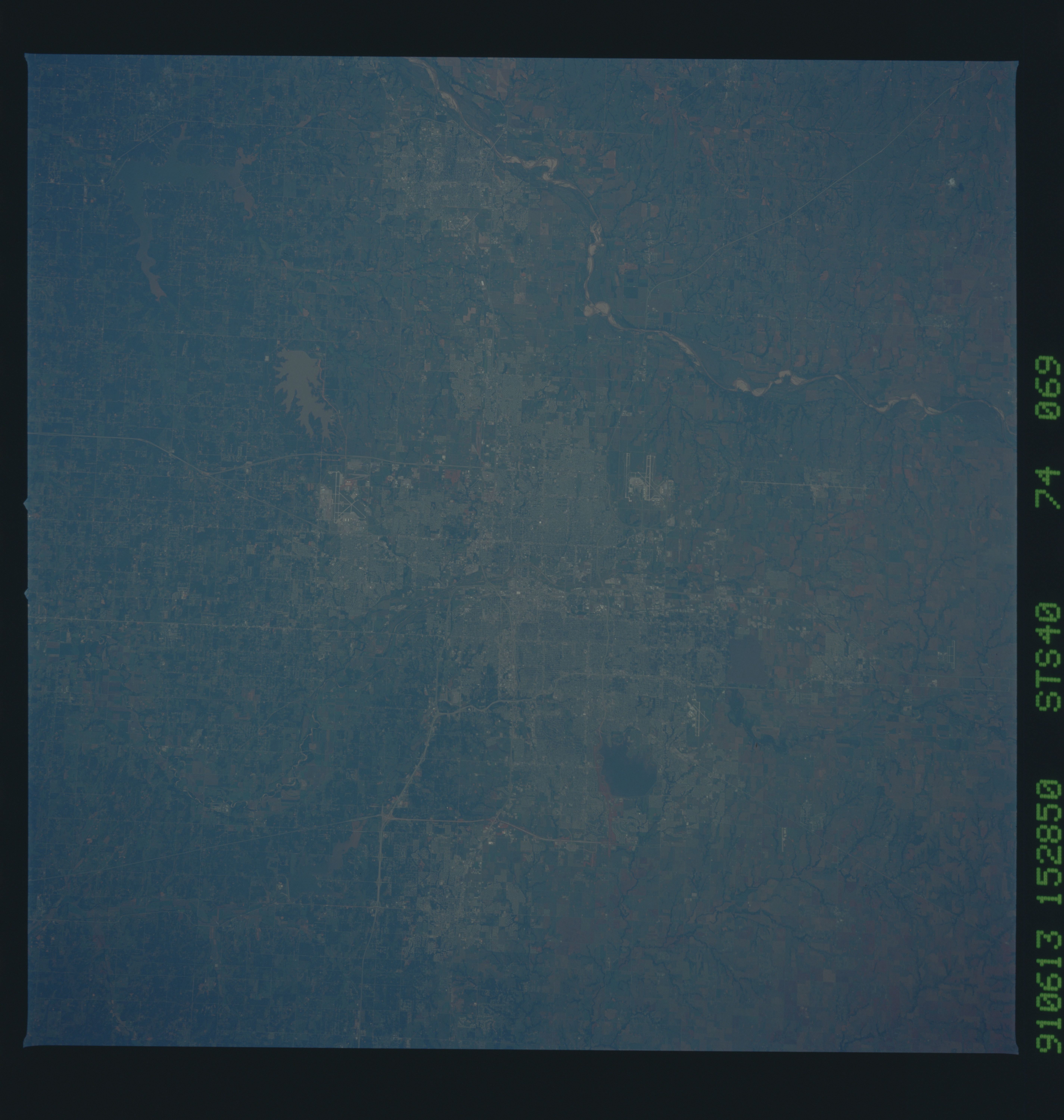 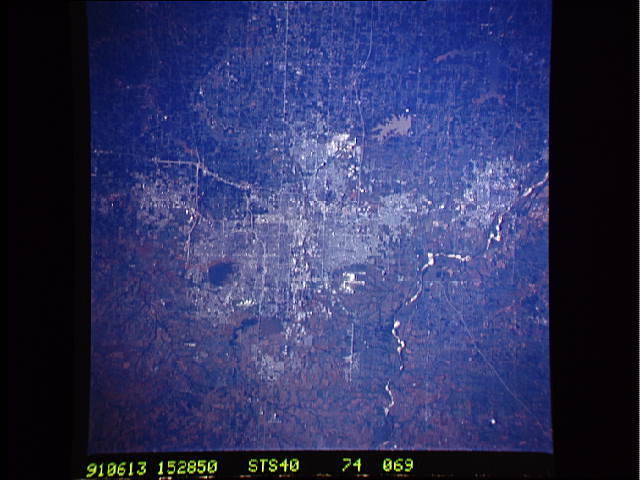 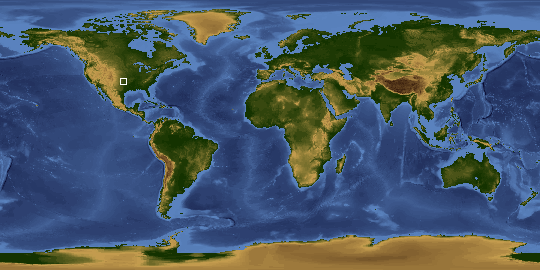 Other options available:
Download Packaged File
Download a Google Earth KML for this Image
View photo footprint information
Image Caption: STS040-074-069 Oklahoma City and Norman, Oklahoma, U.S.A. June 1991
Oklahoma City, an important livestock market and Oklahoma's wholesale distribution center with numerous major highways traversing it, is captured in this very clear, near-vertical photograph. The city is situated in the middle of a large oil field, which was discovered in 1928. Oil wells are present, even on the capitol grounds. The city has a diverse industrial base, including large stockyards and meat-packing houses; grain mills; and plants for cotton processing, oil drilling equipment, steel products, computers, and aircraft manufacturing. Tinker Air Force Base (runways visible east-southeast of the city center), a logistics center with one of the world's largest air depots, is an important source of civilian employment. Southwest of downtown Oklahoma City, the runways of Will Rogers World Airport can be seen; the smaller airport in the northwestern part of the city is Wiley Post Airport. Many lakes and reservoirs surround the city; starting on the west side, they include Lake Hefner (southwest of Wiley Post Airport), Lake Overholster (northeast of Wiley Post Airport), sediment-laden Stanley Draper Lake (south of Tinker Air Force Base), and Lake Thunderbird (east of Norman). Norman, the home of the University of Oklahoma, is located on the northeast bank of the Canadian River south of Oklahoma City. Major products manufactured in Norman include air conditioners, packaged foods, and airplanes. Oklahoma City and Norman were settled in a land rush after the area was opened to homesteaders on April 22, 1889.