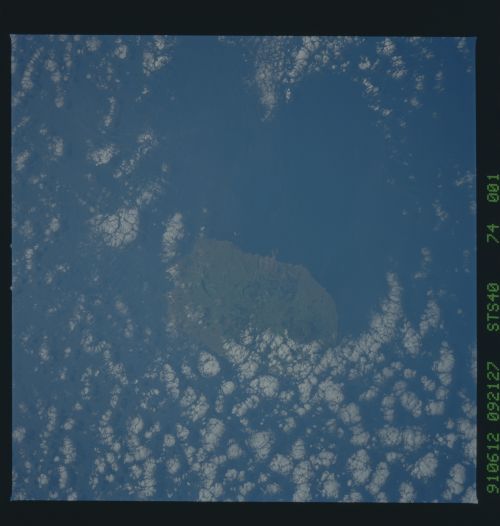 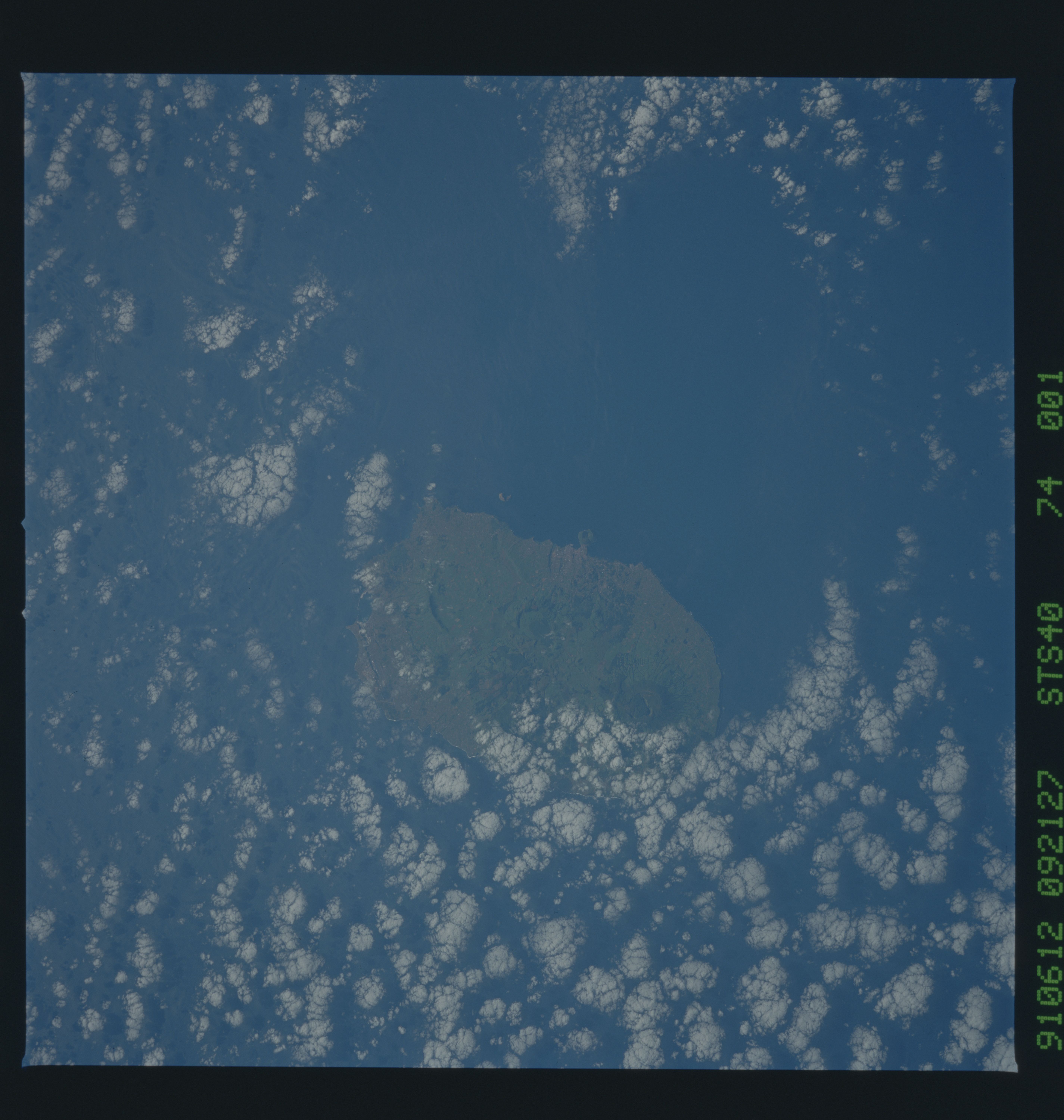 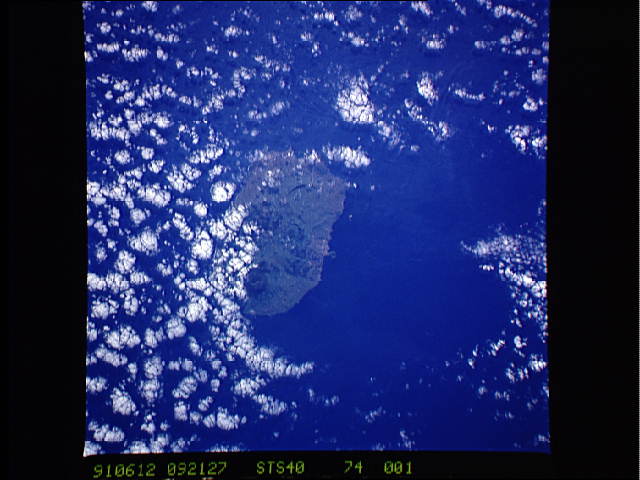 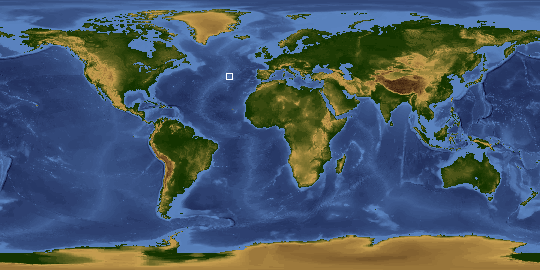 Other options available:
Download Packaged File
Download a Google Earth KML for this Image
View photo footprint information
Image Caption: STS040-74-1: Terceira Island, Azores
These are first-ever photographs of the central Azores. Like Hawaii, the Azores result from a deep-seated hot spot. Like Iceland, the hot spot sits near the mid-ocean ridge in the Atlantic (Mid-Atlantic Spreading Center). Since Iceland will never be photographed, the Azores are the best example of this phenomenon. They also stride a major east-west fracture zone from the mid-Atlantic ridge. The trend of the islands (roughly ESE) and the arrangement of volcanic edifices on the islands demonstrate the influence of this deep structure on the distribution of volcanoes. Terceira boasts two large calderas and several fault scarps from earlier calderas, as well as many cinder cones.