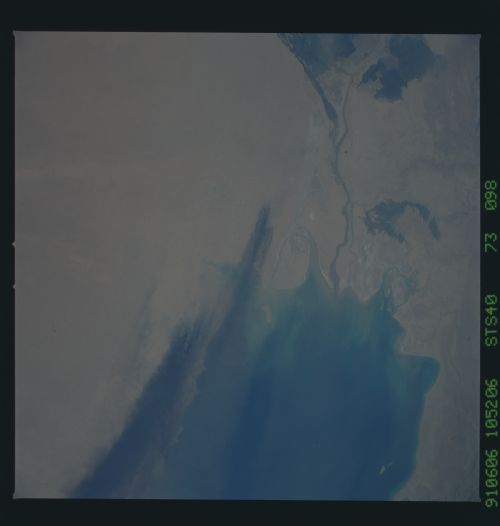 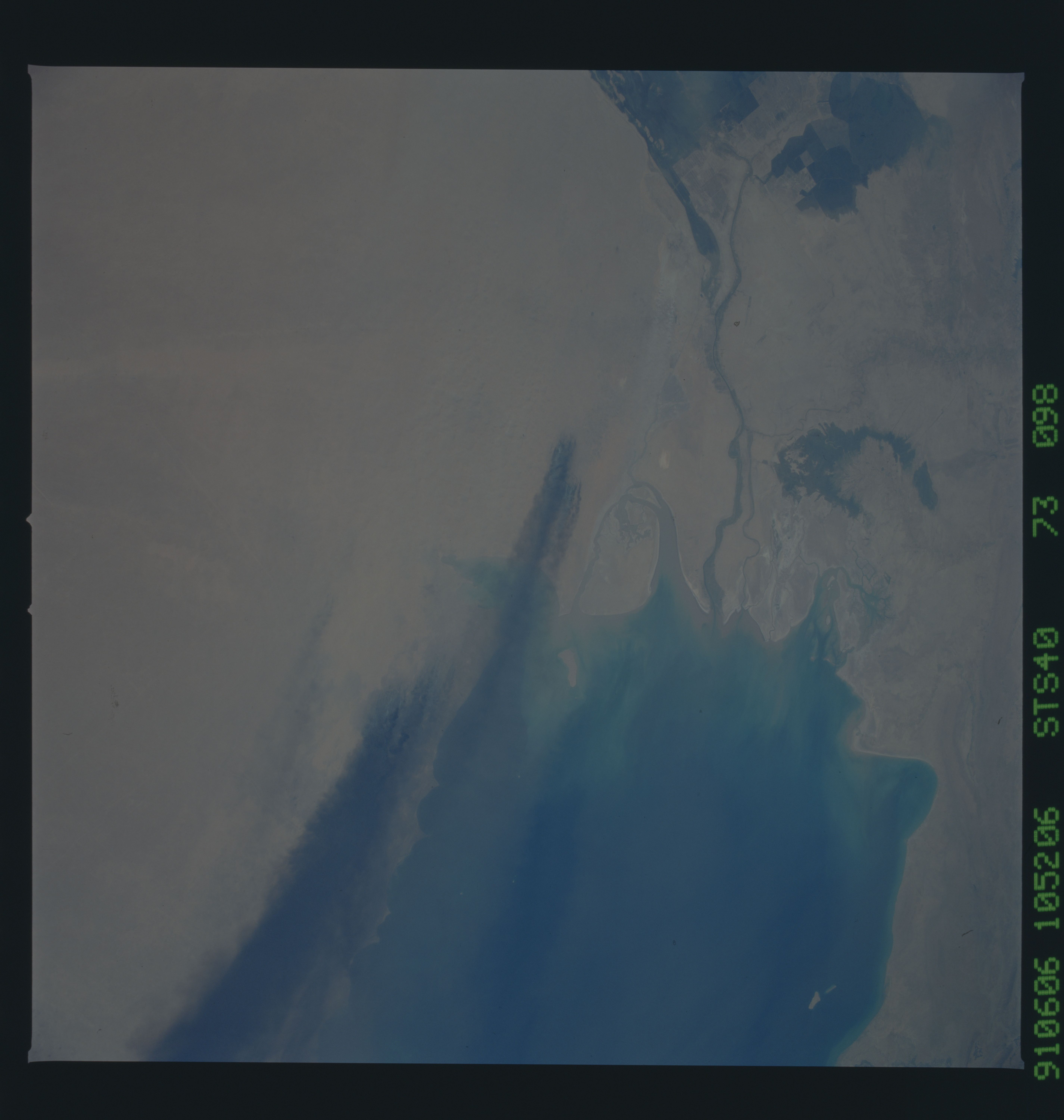 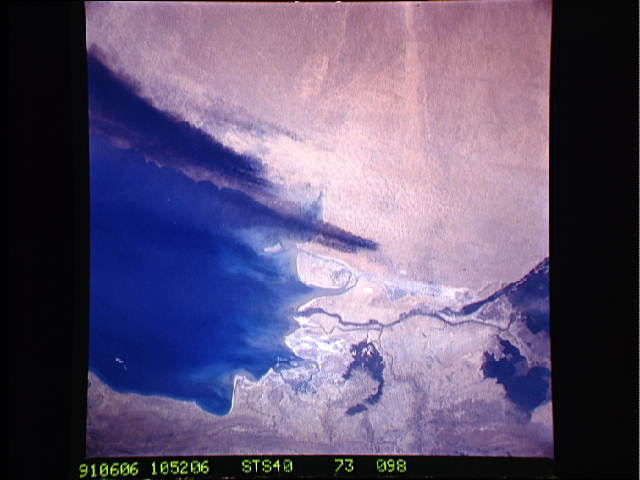 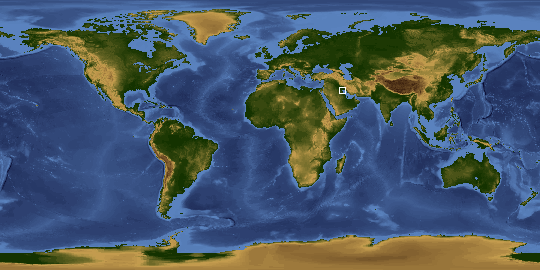 Other options available:
Download Packaged File
Download a Google Earth KML for this Image
View photo footprint information
Image Caption:
STS040-88-000AQ & STS040-73-098 Kuwaiti Oil Fires The scene docu-
ments the wellhead fires raging at the north end of the Al Ahmadi
Oilfields. The view is from west to east (Kuwait City is at the
top in the center). In the foreground are a few burning wells
from the far smaller and older Dibdibba and Al Maqwa Oilfields.
In this natural color photograph, looking down-sun, the surface
oil ponding is clearly visible as irregular streams of oil lead-
ing away from individual wellheads. The mouths of the Tigris-
Euphrates are discernible at the north end of the Persian Gulf.
Further to the south in the Gulf, a long arm of oily smoke can be
seen emanating from Kuwait and swinging generally south and then
east across the Gulf into coastal Iran.