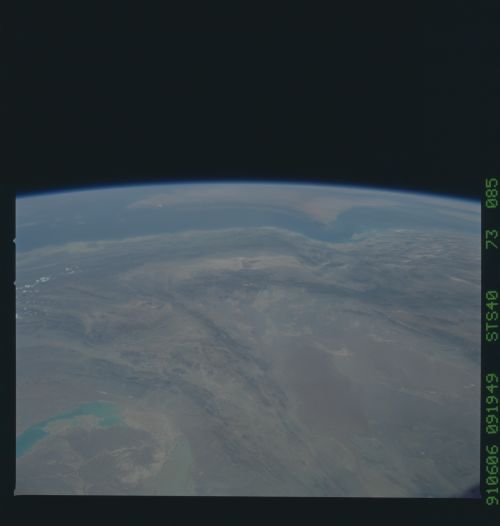 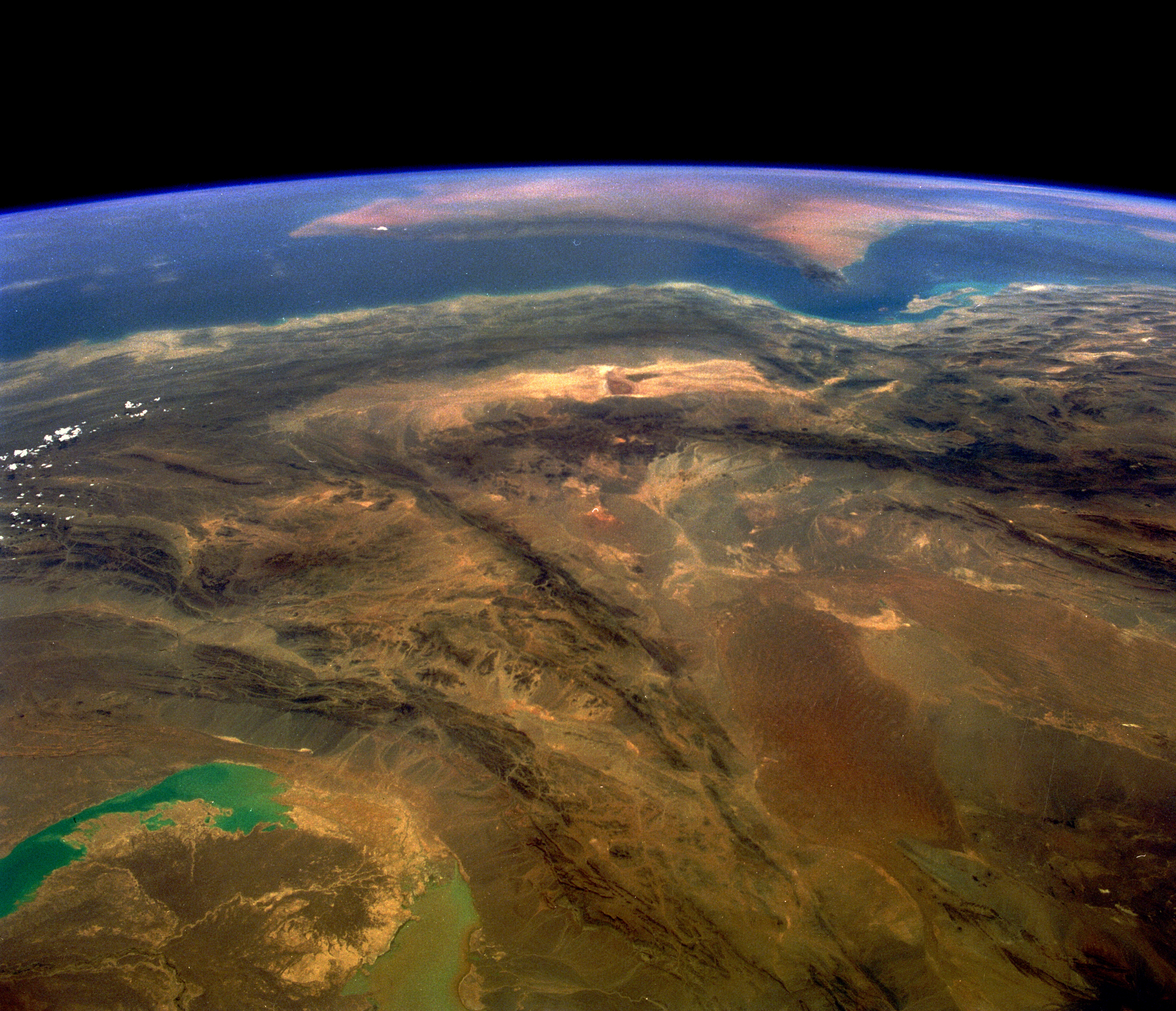 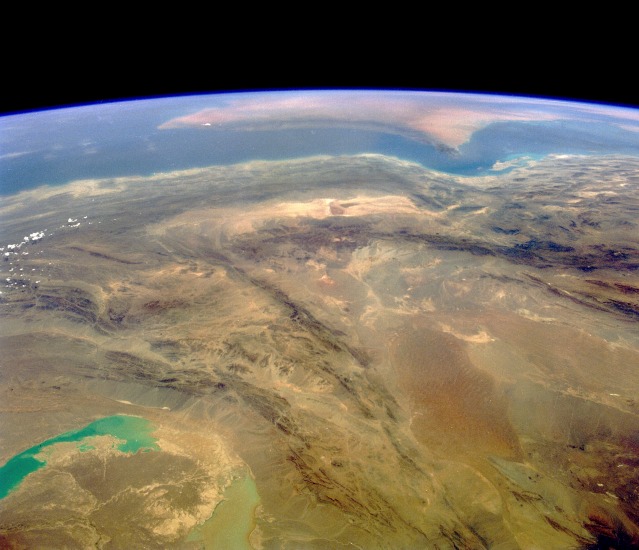 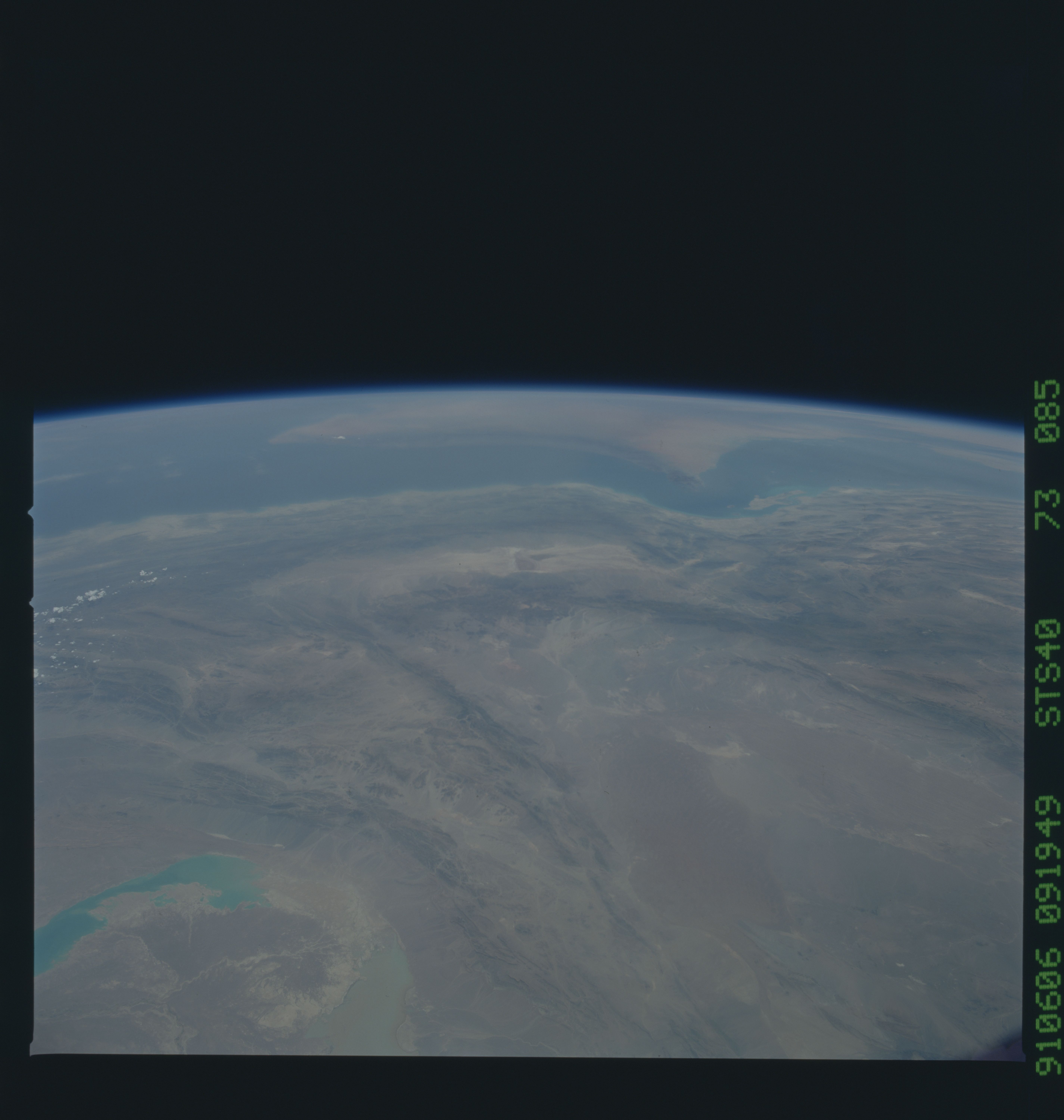 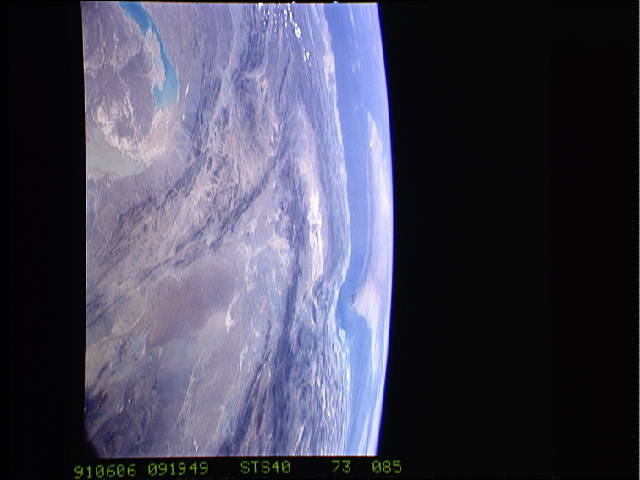 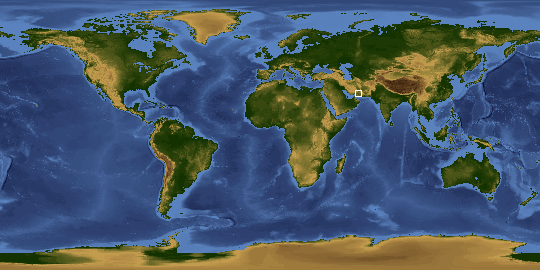 Other options available:
Download Packaged File
Download a Google Earth KML for this Image
View photo footprint information
Image Caption: STS040-073-085 Southwest Iran June 1991
This southwest-looking photograph toward the Strait of Hormuz and the southeastern tip of the Saudi Arabian Peninsula (visible near the horizon) shows a rugged, arid landscape of unusually dry basins and formidable mountain ranges. The large U-shaped basin toward the northwest is part of the Shahdab Salt Desert, and the smaller east-west trending, southern basin is the Murian Marsh Basin. The basins and valleys, usually identifiable by light colors, contain many salt flats and wide expanses of stone. The southern end of the folded Zagros Mountains edging western Iran is visible in the western section of the photograph. The bluish and milky lakes in the northeast corner are normally dry lake beds in the southwest corner of Afghanistan, with numerous alluvial fans along the eastern flanks of the mountains immediately southwest of the lakes.