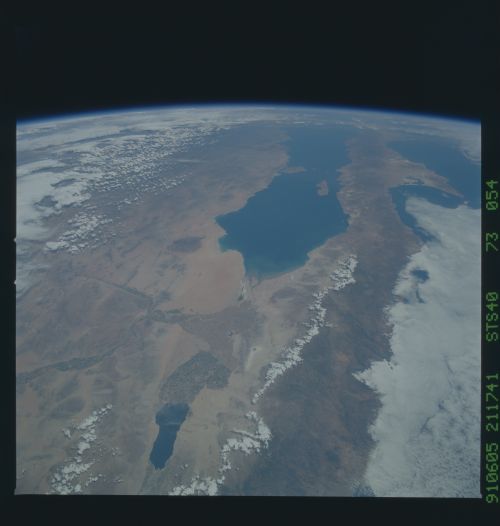 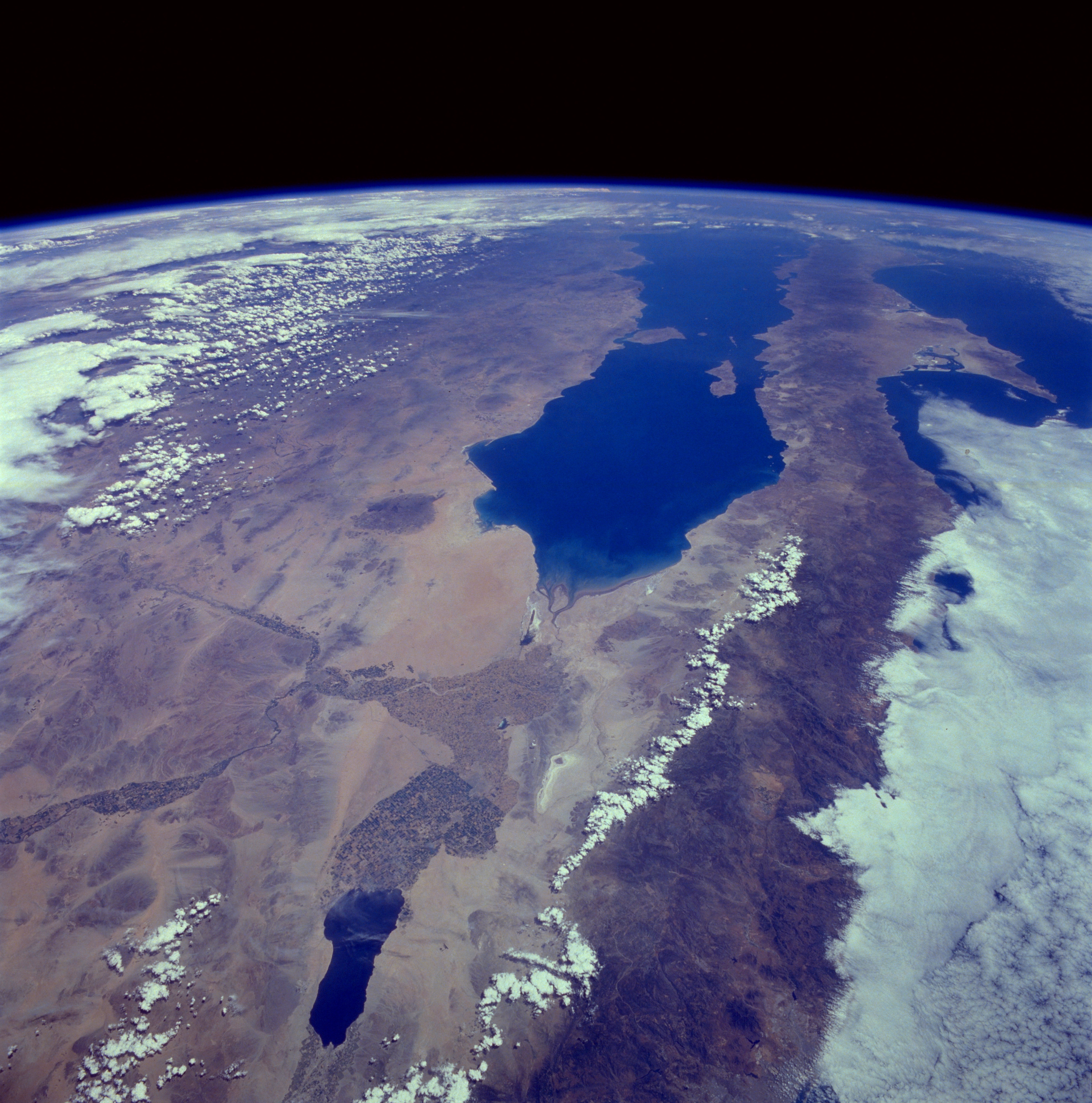 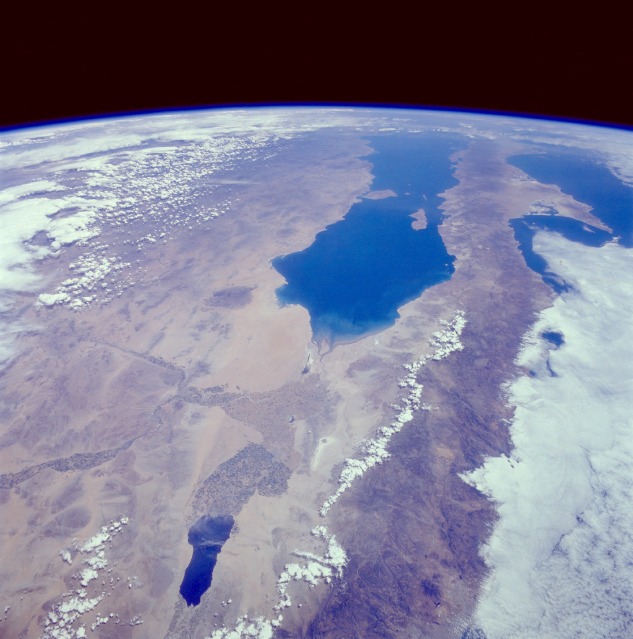 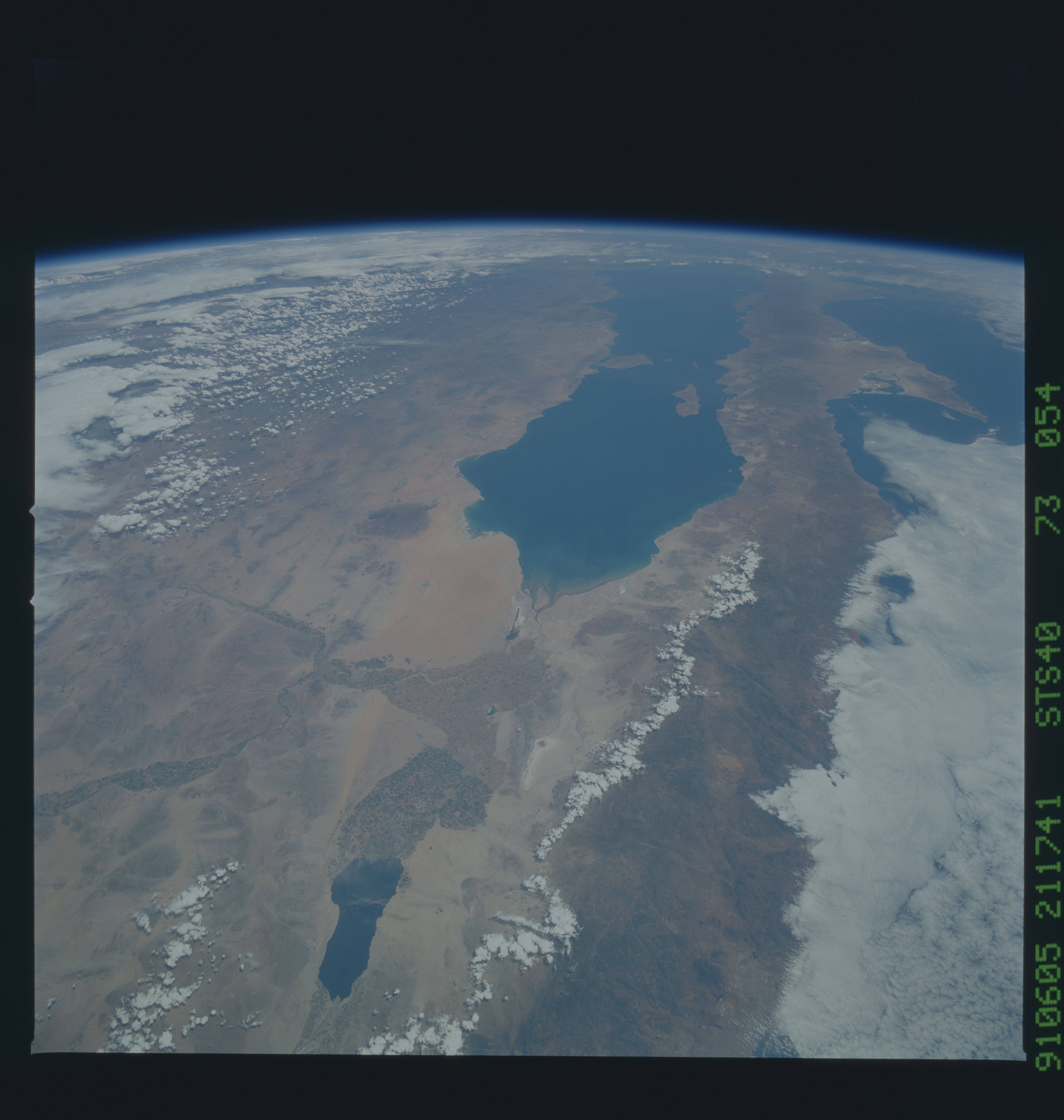 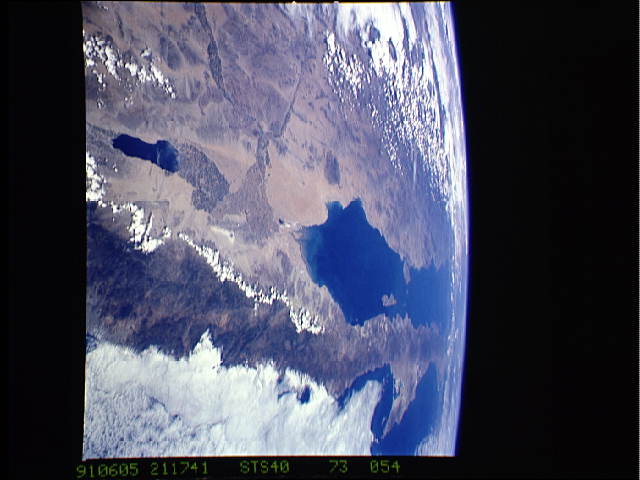 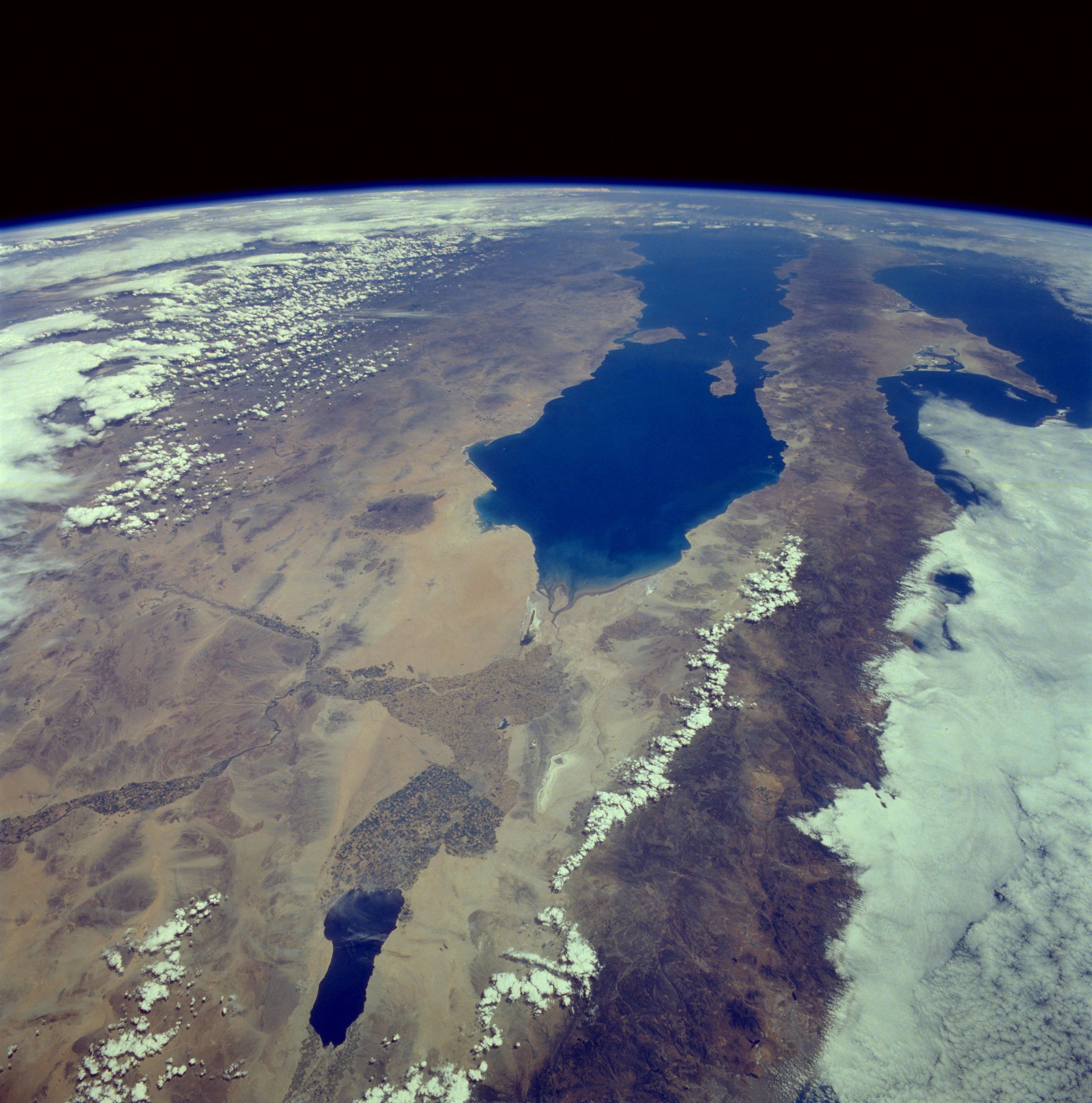 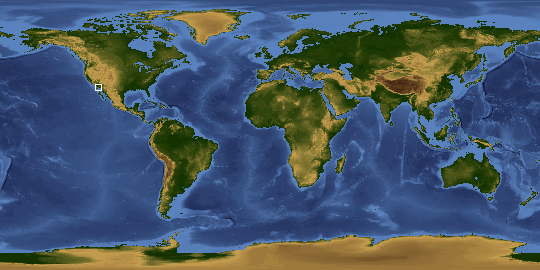 Other options available:
Download Packaged File
Download a Google Earth KML for this Image
View photo footprint information
Image Caption: STS040-073-054 Northwest Mexico and Southern California, U.S.A. June 1991
Rugged mountains along the spine of Baja California, the deep blue water of the Gulf of California (also known as the Sea of Cortez), and the deserts of northwestern Mexico and southern California highlight this photograph. This southerly view provides an excellent panorama extending from the Salton Sea in the Imperial Valley of southern California almost to the southern tip of Baja California. Human imprint on this landscape is primarily found along the rivers and their floodplains, where intensive irrigated agriculture exists. The Colorado River, with its cultivated field patterns (darker areas), can be seen to flow from the north toward the southwest and finally to empty into the broad delta at the center of the photograph and to enter the northern end of the Gulf of California. The international border between the United States and Mexico can be identified by the differences in land management, farming practices, and sizes of fields. The border is the east-west straight line approximately 35 miles (56 kilometers) south of the Salton Sea. The Altar Desert is the arid-looking area with no visible vegetation east of the mouth of the Colorado River.