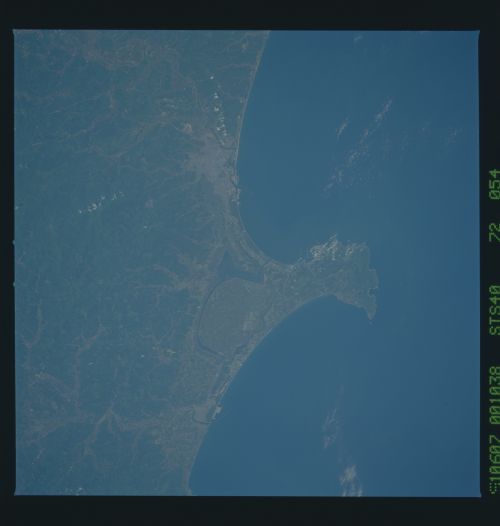 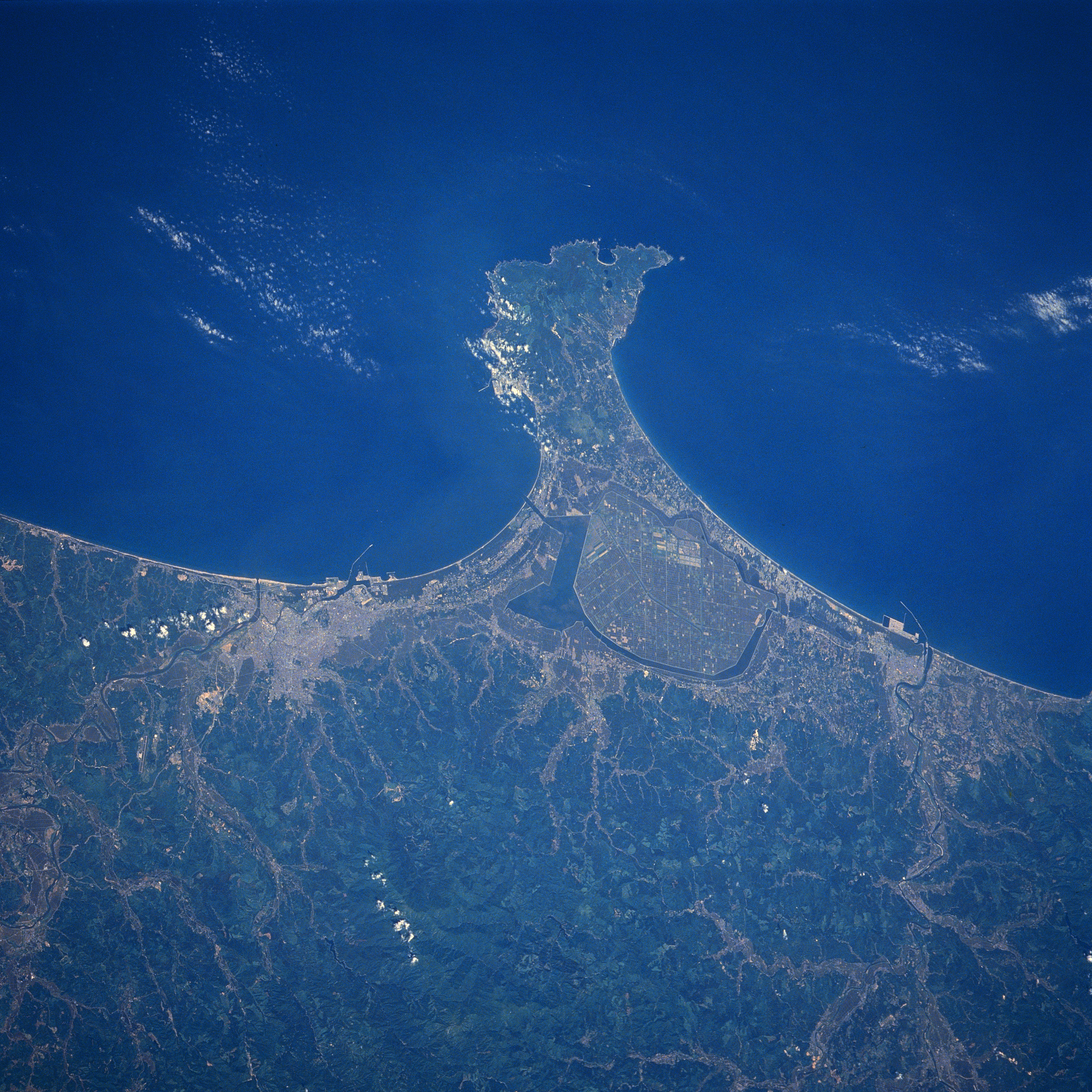 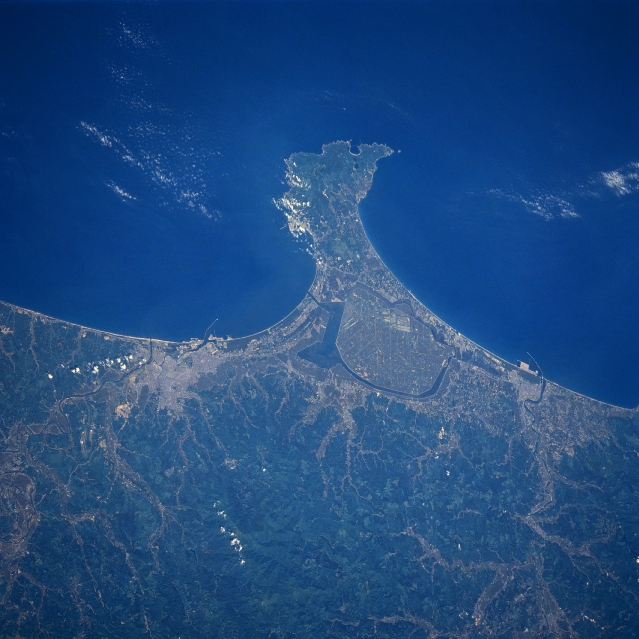 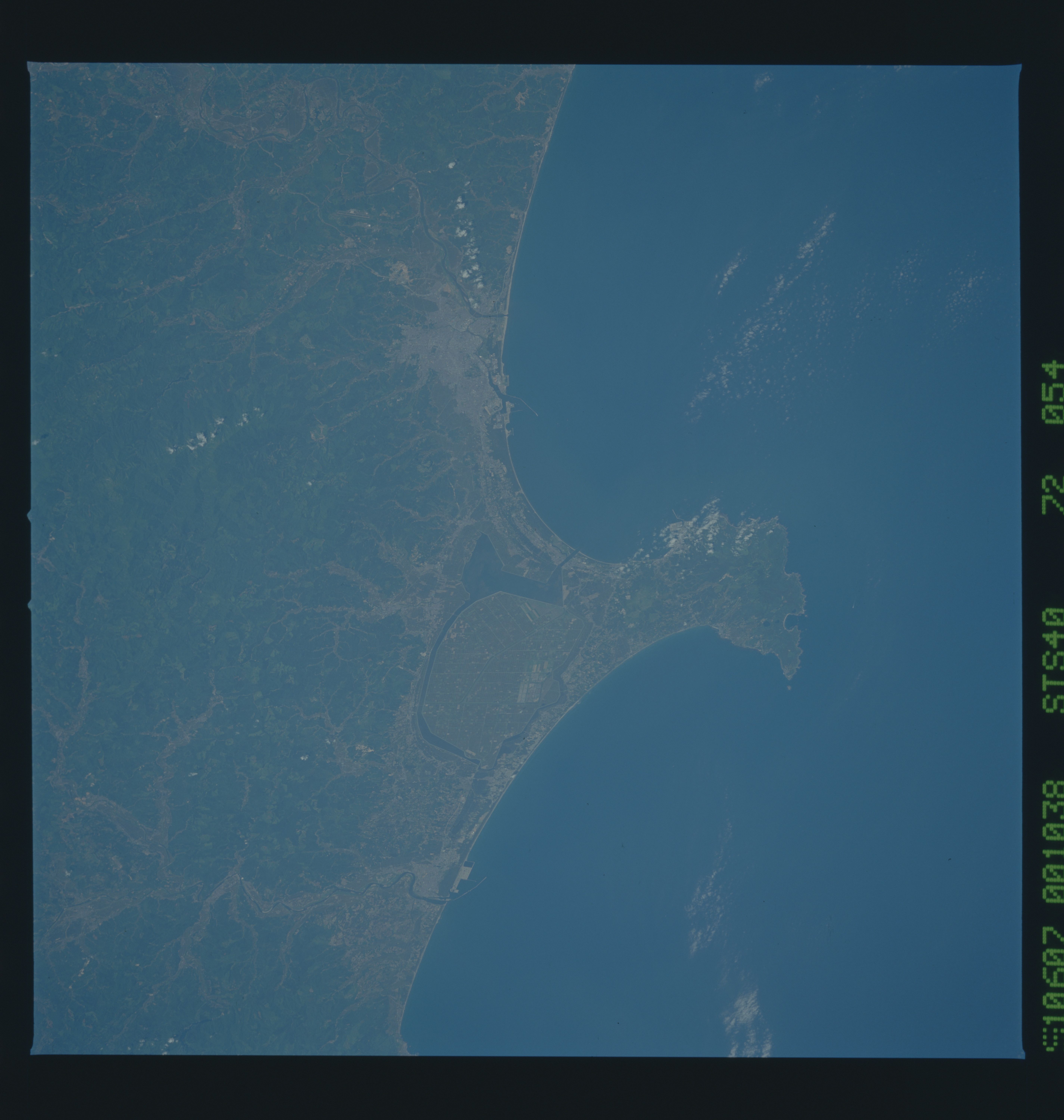 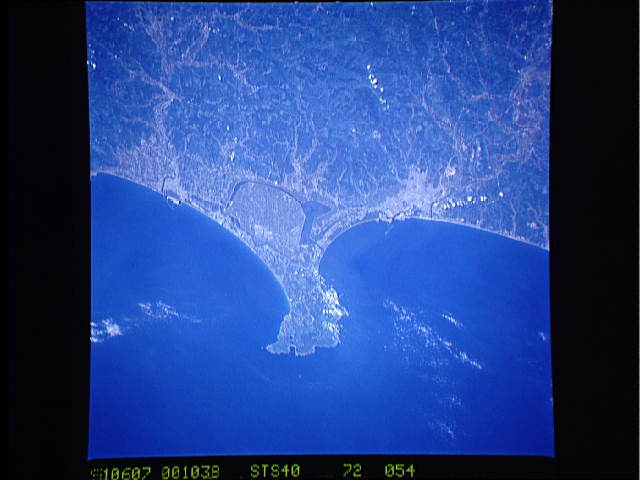 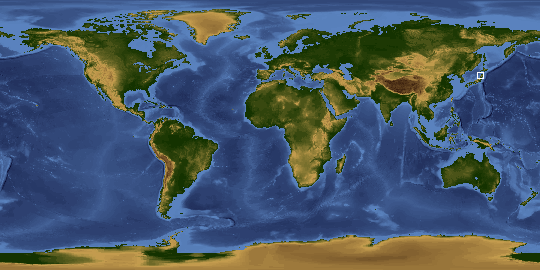 Other options available:
Download Packaged File
Download a Google Earth KML for this Image
View photo footprint information
Image Caption: STS040-072-054 Akita Area, Honshu, Japan June 1991
The Oga Peninsula juts westward into the Sea of Japan along this part of the northwest coast of Honshu Island. Along the eastern neck of the peninsula, an intensive farming region known as Ogata-village can be identified (uniform color with a series of intersecting, light-colored lines). This site has been established as a model farm management project with a new style of agricultural society. The fertile soils of the Ogata-village region have been derived by reclaiming land from Lake Hachirogata, the oval, dark-feature that encircles the intensively cultivated project. Lake Hachirogata has a channel that connects the lake with the Sea of Japan. The coastal city of Akita is the concentrated, lighter-colored area south of the peninsula (Yoneshiro River). The western edge of the north-south aligned Ou Mountains (darker, heavily wooded landscape) dominates the bottom of the image.