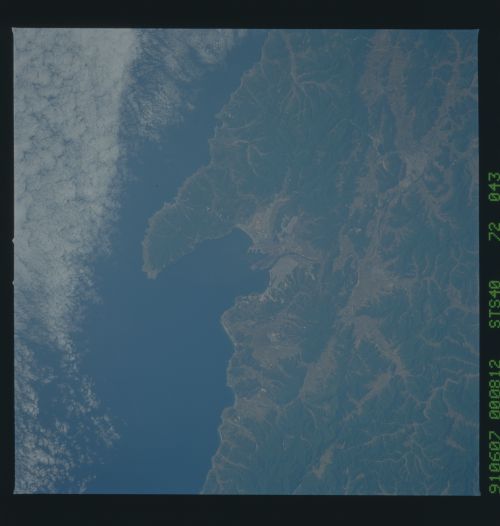 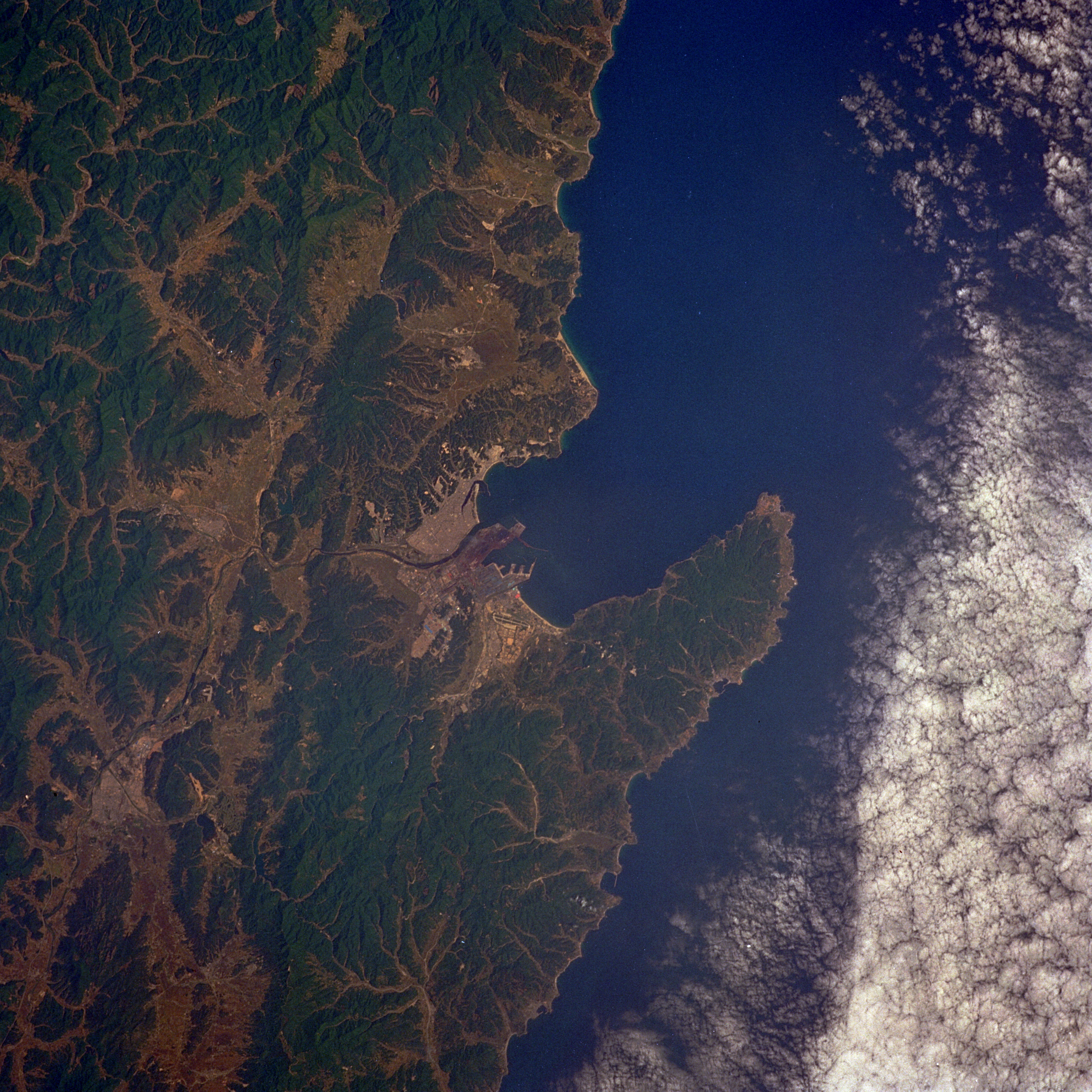 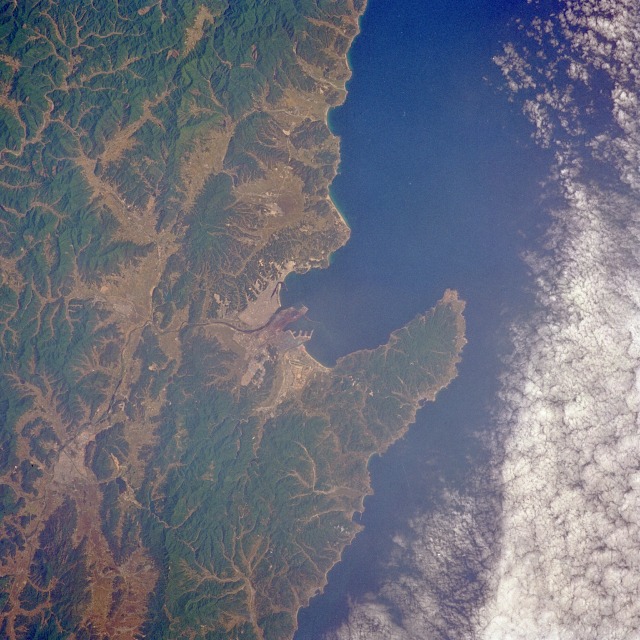 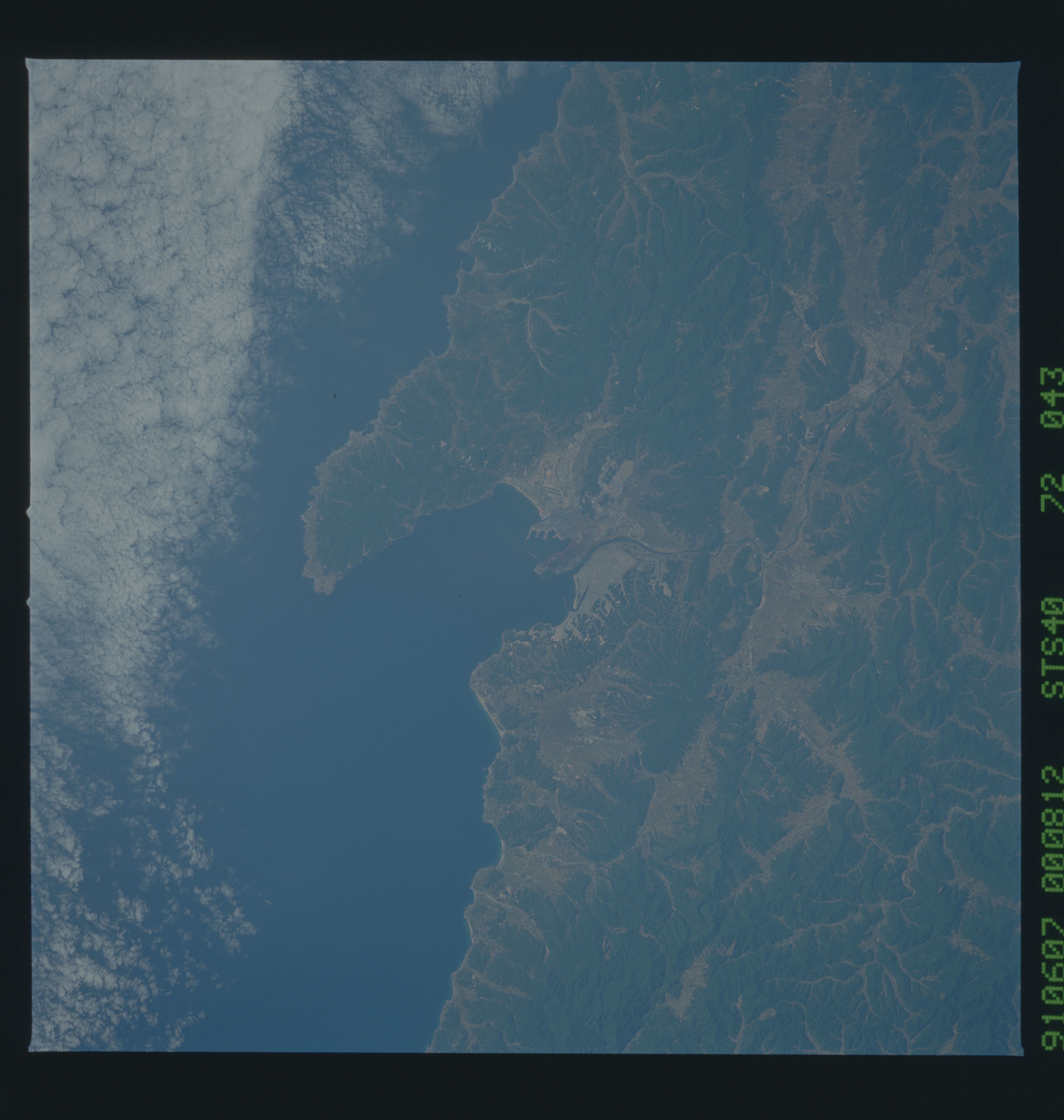 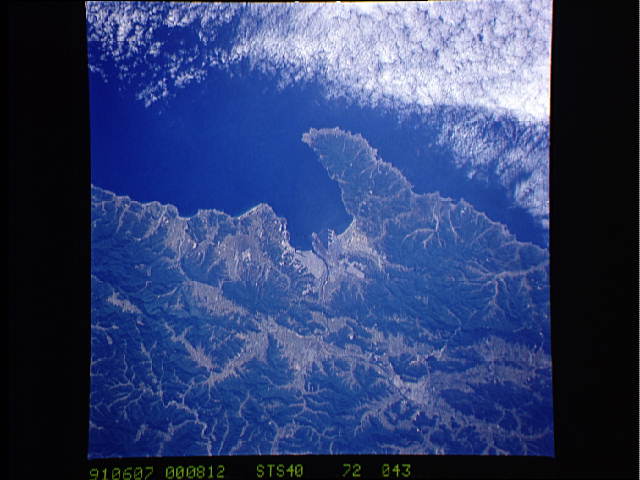 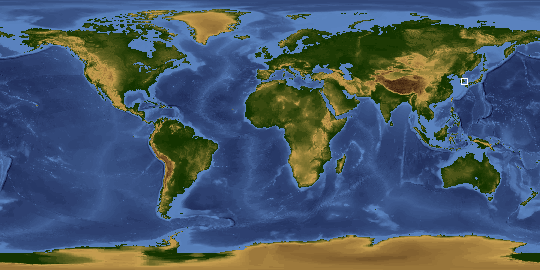 Other options available:
Download Packaged File
Download a Google Earth KML for this Image
View photo footprint information
Image Caption: STS040-072-043 P'ohang, South Korea June 1991
The seaport and industrial city of P'ohang is visible near the center of this near-vertical photograph. According to a 1980 census, P'ohang had a population of more than 200 000. Some of the city's infrastructure can be observed--the airport southeast of downtown, wharves jutting into Yongil Bay, and the industrial area (iron and steel mills) south of the river that flows into Yongil Bay. The topography of the southeast coastal area--many severe, steep slopes and low mountains--prevails throughout much of South Korea. Approximately 20 percent of the total land area is usable for agriculture. The dark green areas are hills and mountains with elevations ranging from 2000 to 4000 feet (600 to 1200 meters). Numerous valleys cutting through the mountain areas help map the rather complex drainage pattern found throughout South Korea.