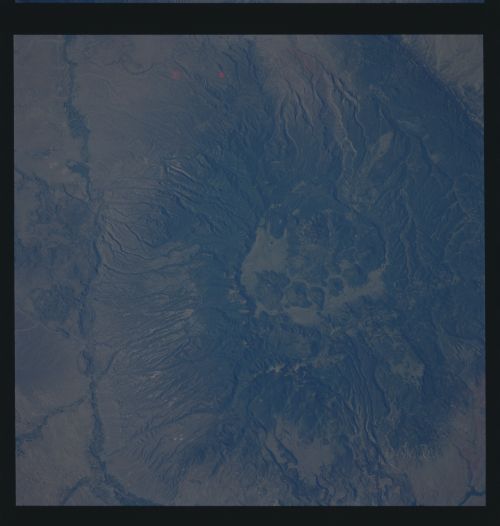 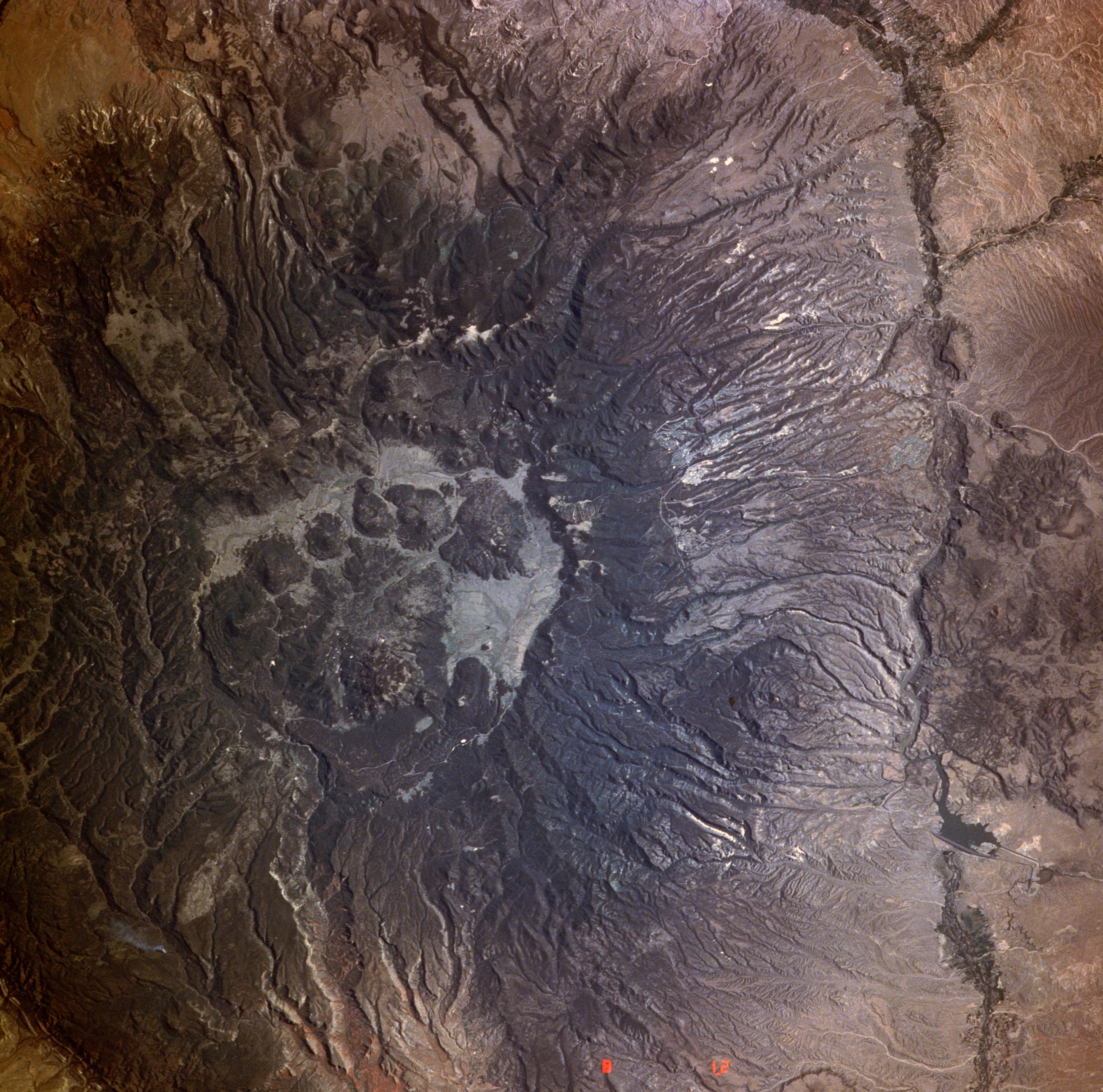 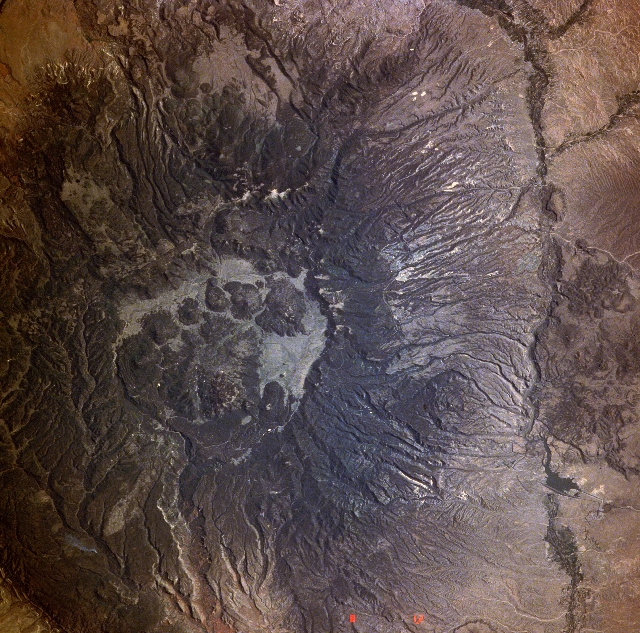 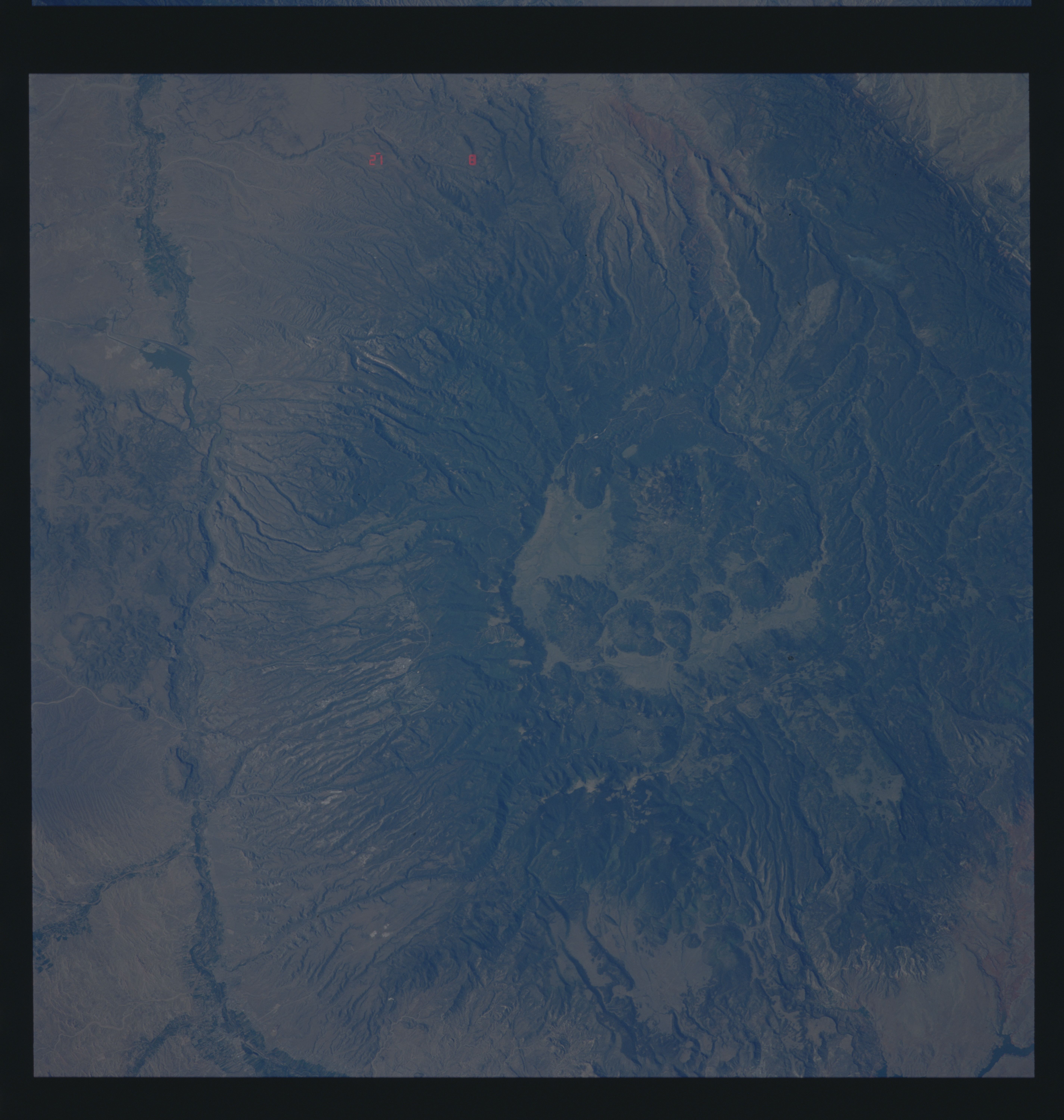 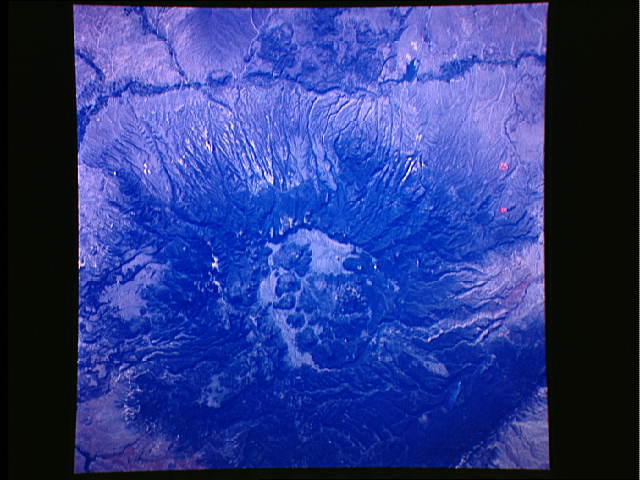 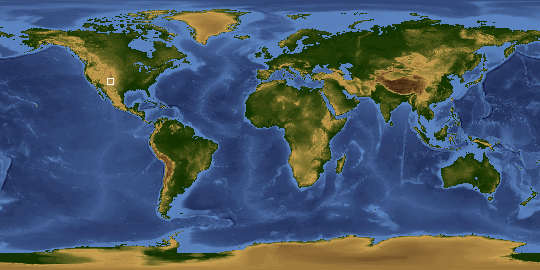 Other options available:
Download Packaged File
Download a Google Earth KML for this Image
View photo footprint information
Image Caption: STS040-6l4-063 Valles Caldera, New Mexico, U.S.A. June 1991
The remnants of the former Jemez Volcano, now known as Valles Caldera, can be seen in this spectacular, near-vertical-looking photograph. The caldera is an almost circular, cliff-ringed pit 14 miles (23 kilometers) across, the upper slopes and canyons of which are forest covered. Only the base of the Jemez Volcano now remains. The volcano rose along faults that edge the west side of the Rio Grande Rift, now the Rio Grande Valley (visible to the east and southeast of the caldera). A composite volcano, estimated to be about the size and shape of Mount Saint Helens Volcano in Washington, Jemez Volcano reached its maximum height 1 million years ago; shortly thereafter, it burst forth with two extremely violent eruptions, spewing out incredible volumes of volcanic gases, ash, pumice, and broken rock. The discharge of volcanic materials by these eruptions is thought to have been 100 times greater than the discharge of the 1980 eruption of Mount Saint Helens Volcano. Ash clouds drifted as far east as Iowa, Missouri, Oklahoma, and eastern Texas. Other ash sped down the flanks of the volcano leaving great deposits at the base of the volcano and the surrounding region. These two massive explosions depleted the magma chamber far beneath the volcano. No longer supported from below, the volcano, ringed by fractures, collapsed, forming a vast caldera. The view of the caldera from one side of the rim to the other is blocked by the great dome of Redondo Peak and numerous smaller domes that squeezed up through circular faults on the edge of the caldera. The remaining level floor of the caldera is a vast grassland that is home to thousands of cattle. Los Alamos (barely discernible), established in 1942 by the United States Government for atomic research and development of the first atomic bombs, is located on the east slope of the former Jemez Volcano.