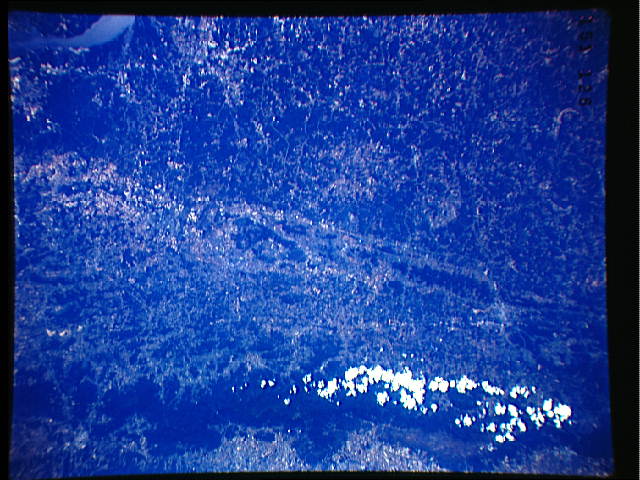 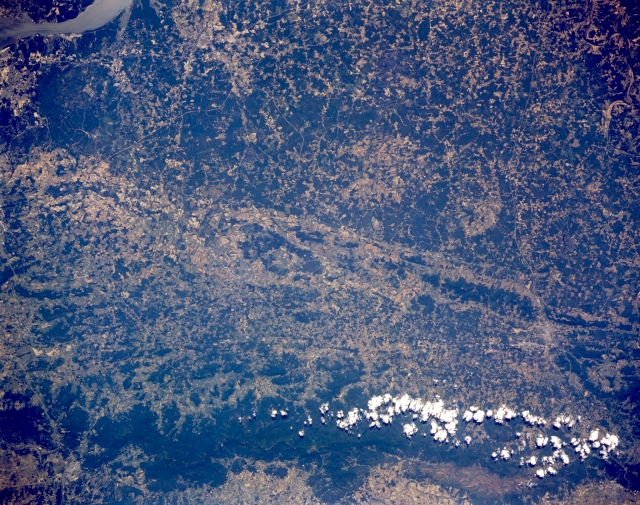 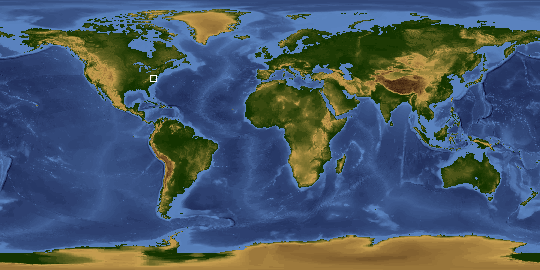 Other options available:
Download Packaged File
Download a Google Earth KML for this Image
View photo footprint information
Image Caption: STS040-151-128 Blue Ridge Mountains; Charlottesville, Virginia, U.S.A. June 1991
The boundary separating the Coastal Plain and the Piedmont Region of this section of Virginia can be seen traversing the image from above center left to below center right in this low-oblique image. The upper half of the image shows the gently rolling low forested hills of the Coastal Plain. The lower half of the image shows the Piedmont Region, that is related to the foothills of the Appalachians. The forest-covered Blue Ridge Mountains are visible at the bottom portion of the scene. A small portion of the Potomac River is visible in the upper left of the image. At the right side of the image midway between the clouds over the Blue Ridge Mountains and the Coastal Plain/Piedmont boundary, the city of Charlottesville is barely discernible. The city is located on the Rivanna River, in a Piedmont farm region known for its apples. Charlottesville is the seat of the University of Virginia. Nearby are Monticello, home of the former United States President Thomas Jefferson, and Ashlawn, home of former United States President James Monroe.