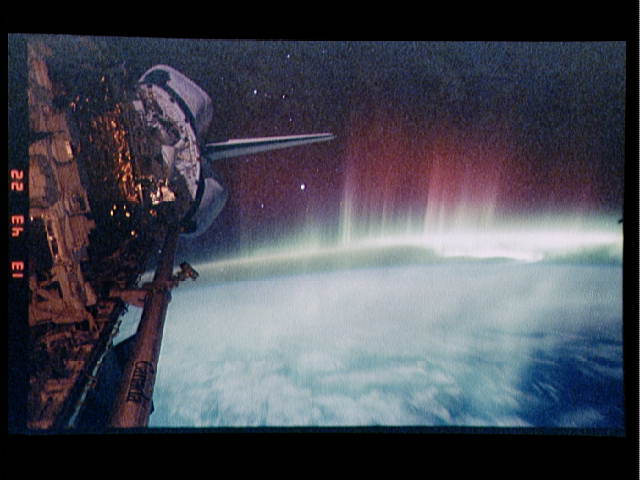 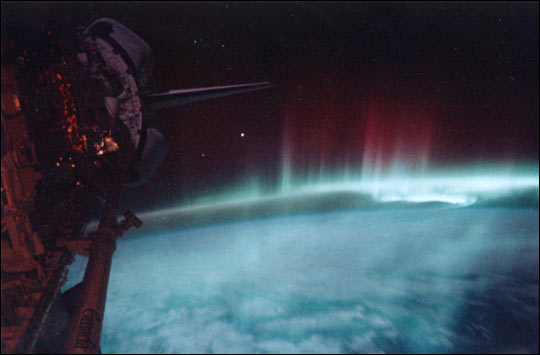 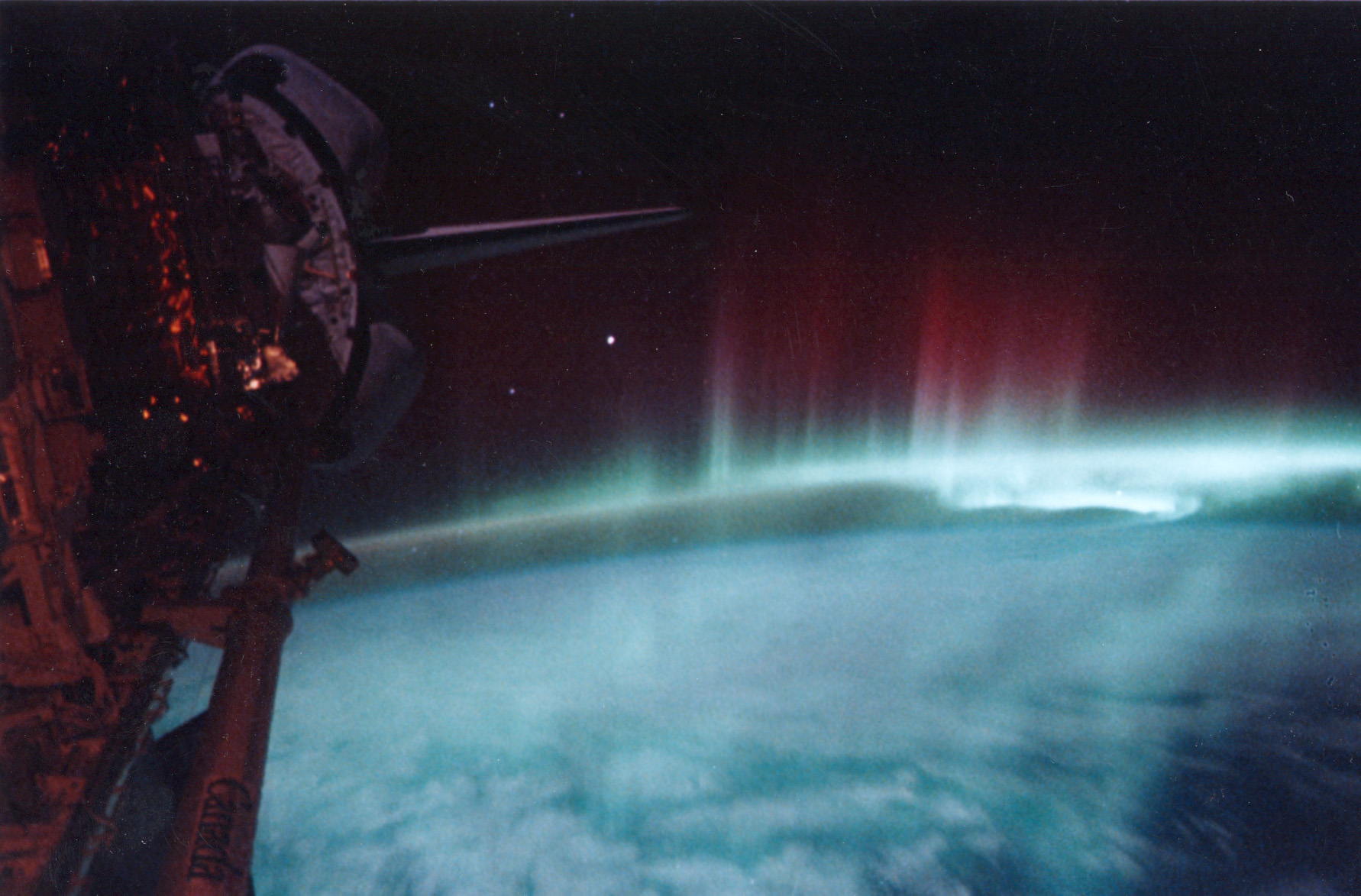 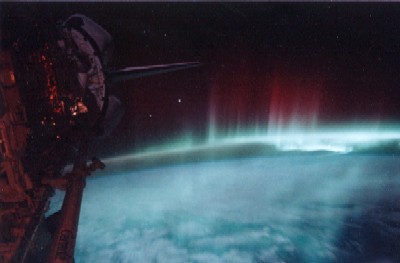 At times of peaks in solar activity, there are more geomagnetic storms and this increases the auroral activity viewed on Earth and by astronauts from orbit. Photographing them requires careful technique with long exposures and fast film (in this case ASA 1600). Such film can only be used on short-duration Shuttle flights and not from the Space Station because it is sensitive to radiation damage in orbit over time. The most recent astronaut photograph of aurora was taken before the April 2001 flurry of solar activity, and showed only a relatively low-energy green glow.