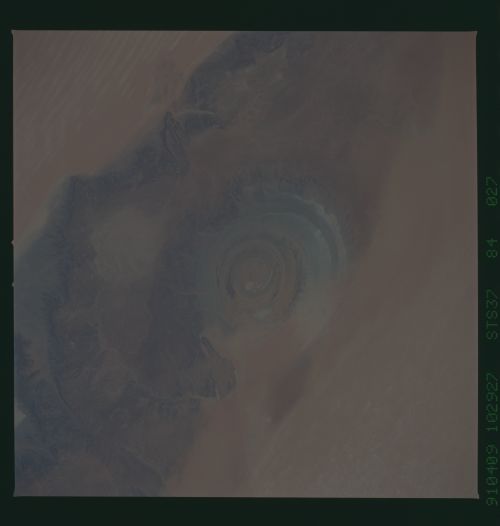 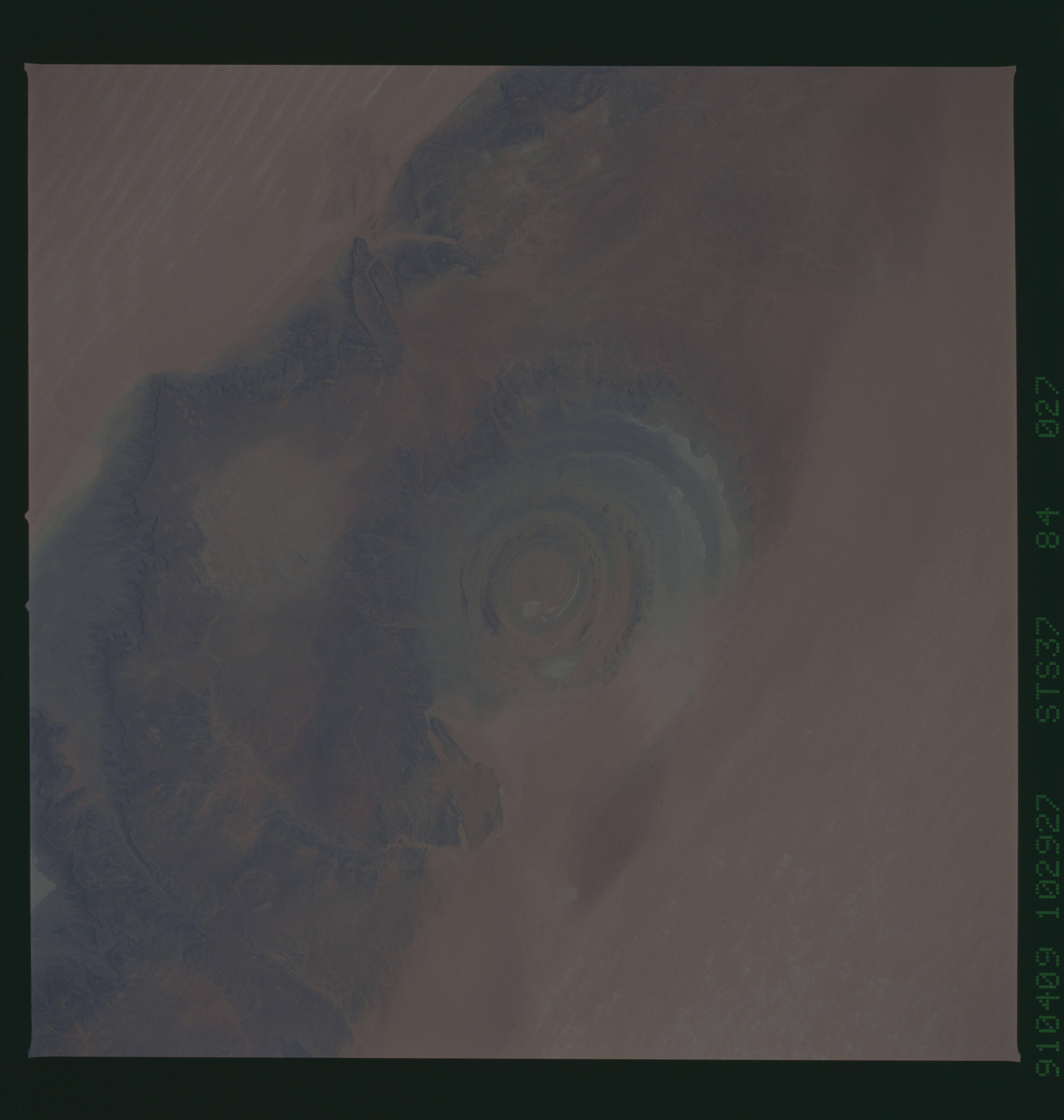 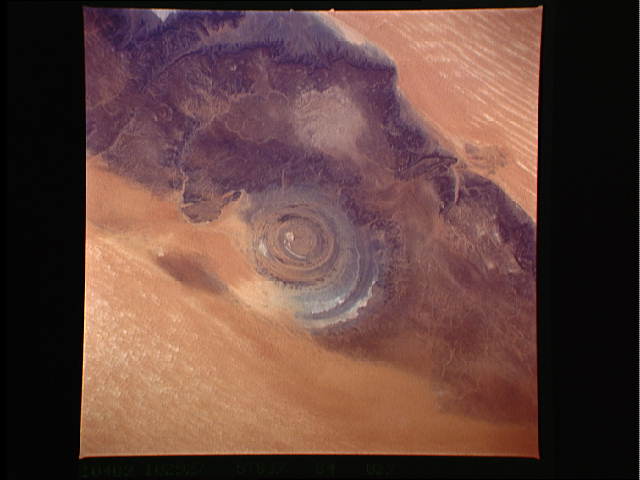 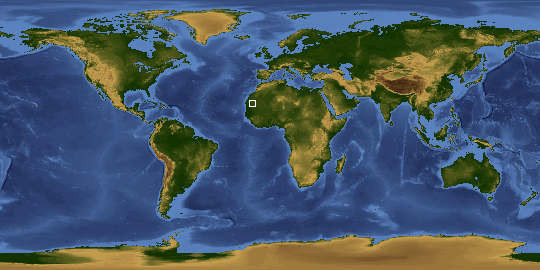 This 38-km wide structure, commonly referred to as the bull's-
eye, is in central Mauritania. It is a depression or pit about
100 m deep. The pit was made by erosion of layers of rock which
were domed upward. It was not made by impact of a meteorite.
The rock layers themselves are very old... several hundred mil-
lion years.... and their variable resistance to erosion has pro-
duced a series of concentric ridges in the structure stepping
down from the outside in.