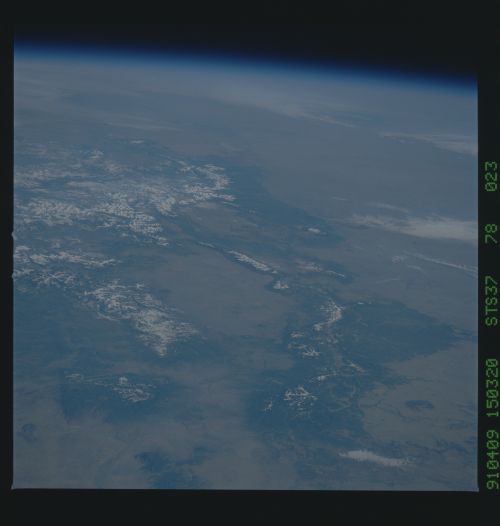 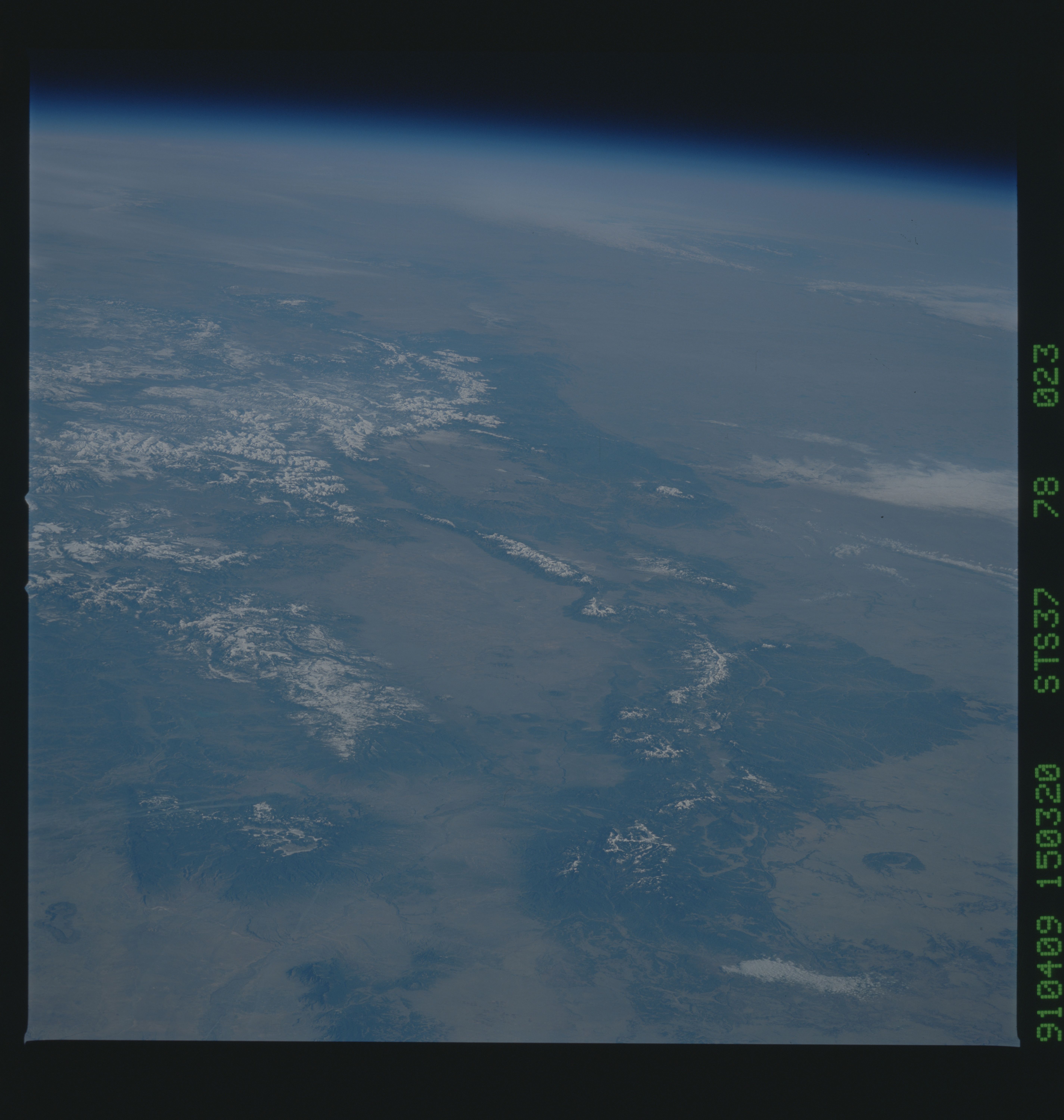 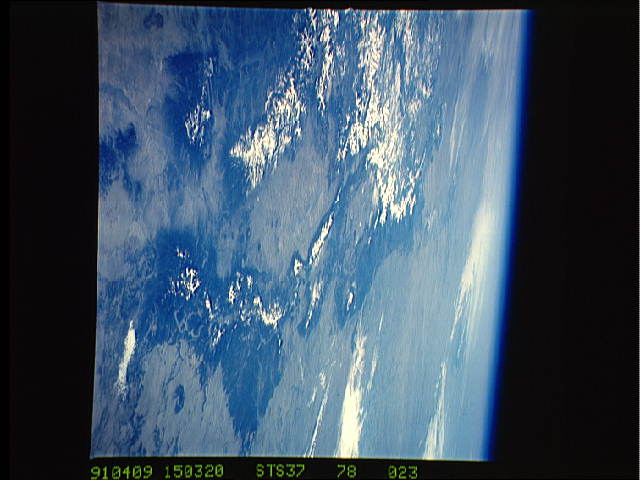 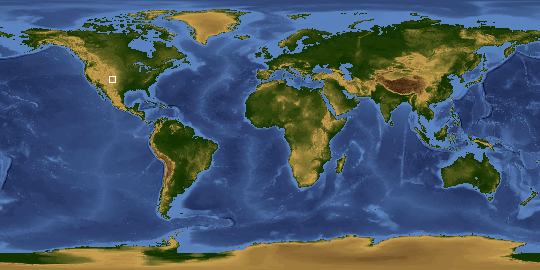 Other options available:
Download Packaged File
Download a Google Earth KML for this Image
View photo footprint information
Download a GeoTIFF for this photo
Image Caption: S37-78-023 This oblique north looking view taken by the
STS-37 Crew shows the Southern Rocky Mountains and the Northern
portion of the Rio Grande Rift Valley of New Mexico and southern
Colorado. The Valles Caldera, a collasped extinct volcano that
erupted over 50,000 years ago with a force 10 times greater than
Mount Saint Helens, can be seen near the bottom left of the view.
The city of Los Alamos is located on its eastern flank. The Rio
Grande can be seen winding its way north from near the bottom
left of the view into the San Luis Valley of southern Colorado
near the center of the photograph. Near the bottom right center
of the view, the Sangre de Cristo Mountains extend northward into
Colorado. The city of Santa Fe New Mexico is located just to the
south and west of the southern Sangre de Cristo. The snow covered
San Juan and Sawatch ranges can be seen near the left center of
the photograph. Pikes Peak is visible just to the right center of
the photograph. Near the bottom right of the view and just to
east of the Sangre de Cristo Range is Fort Union. It is here that
the wagon trains from the Cimarron and Santa Fe trails converged
after making there long trek across the southern Great Plains
from Missouri. After a few days rest, the wagon trains would
leave for Santa Fe and points west.